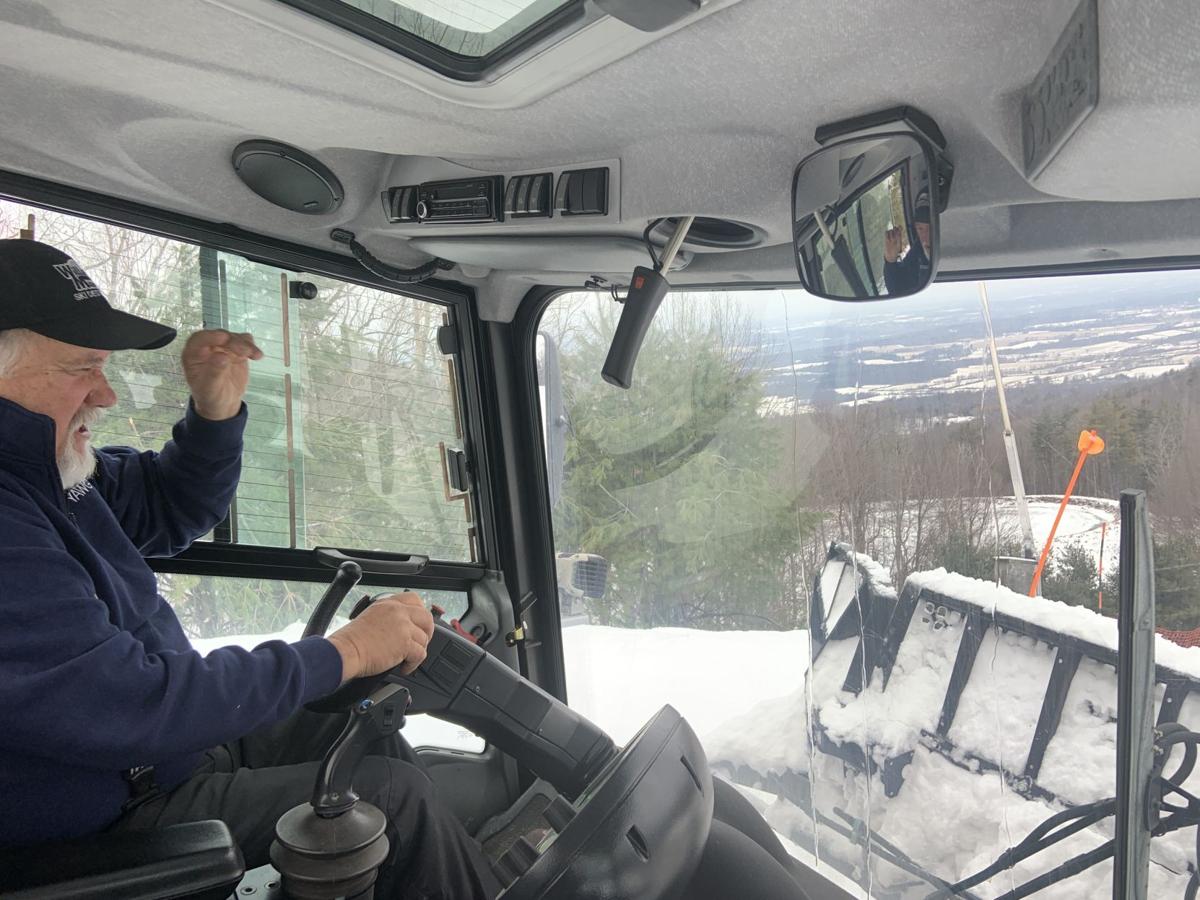 Willard Mountain owner Charles "Chic" Wilson grooms trails from his 2016 PistenBully 400 groomer at the summit of the Easton ski area Thursday morning. For Wilson, grooming is a labor of love. 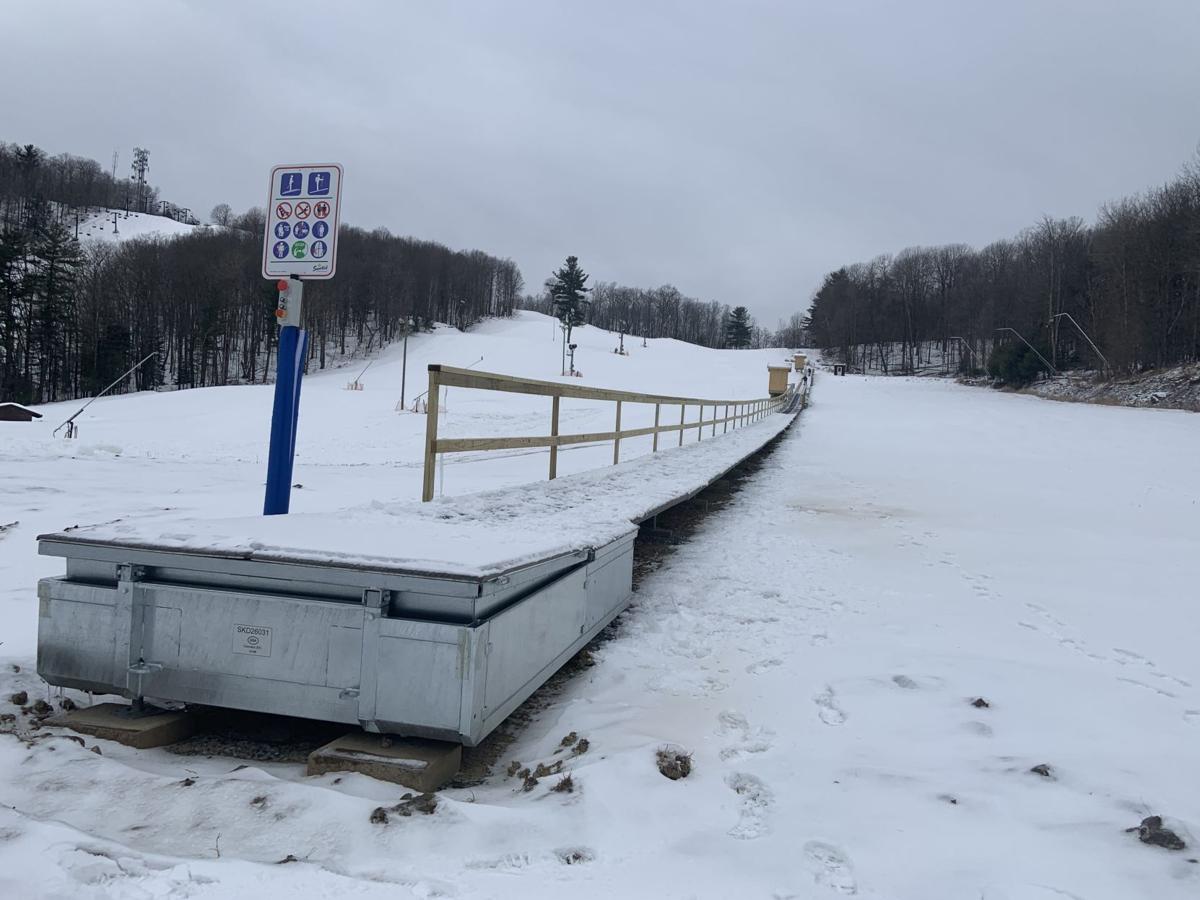 A new 800-foot conveyor lift at Easton's Willard Mountain will be operational as early as this weekend.

Three years ago, a little girl in Willard Mountain’s Saturday ski program was spellbound by the mountain’s groomer when she’d see owner Charles “Chic” Wilson laying down corduroy before the 9 a.m. opening.

The mother told the 70-year-old Wilson about her daughter’s “fascination,” and Wilson decided to give her a treat.

“I said, ‘Show up half an hour early, flag me down and I’ll give her a ride,’” he said from inside the groomer on Thursday. “That started the whole thing.”

The “whole thing” he is speaking of happened after others got wind of the cool groomer ride. These days, it’s not uncommon to have half a dozen or more 4- to 7-year-olds lining up to hitch a ride with him before the lesson. Given limited time before the mountain opens, he has left it up to parents to figure out who gets to go next.

Moments like these, making kids happy, never gets old, said Wilson, who has owned the ski area for 29 years.

“It makes the job so enjoyable. I just still love what I do,” he said.

I tell you this story because I went to Willard at 10 a.m. Thursday ready to make some runs on Wilson’s fresh corduroy and chat with him and visitors about the homey, affordable little mountain.

I ended up, however, riding in the groomer — like those little kids — because I somehow botched the opening time, thinking it was 10 a.m. (like Friday) and not noon.

But in a way, it may have worked out better.

With WPYX 106.5-FM playing Skynyrd, Guns N’ Roses and Floyd and the heater cranking, windows open, we traversed the mountain, making it perfect.

We chatted about COVID-19 weariness, music, family and grooming.

I learned he likes classic rock on WPYX, but often listens to downloaded “country-rock” music on his phone, naming Hank Williams Jr. and Kid Rock as favorites.

I also learned that he sits in that cockpit for at least 30 hours a week. I thought it sounded monotonous, but he likes it. And it has to be done. He explained that skiers and snowboarders basically push snow downhill with every run and it’s his job in the groomer to push it back up.

“And this is where I do my thinking,” he said, adding that having done it so long, it’s almost like “mowing a lawn” to him.

He’ll take calls in the groomer, too, like from the sales rep for the new conveyor belt lift they hope to have running as early as this weekend. The new 800-foot conveyor, he said, will legitimize Willard as a solid snowboard learning mountain, no longer forcing beginners to jump from the small learning hill to the top.

“If they can make it down safely from the new lift, they can go to the top and come right down Joe’s Special,” he said, adding that the gently sloped Bunny Hop trail from the top is too flat in spots for beginning riders.

Wilson also talked about the weather and lack of snow. We both hoped out loud that the predicted storm on Monday actually happens.

“It seems like we’re due,” he said. “But every time I get excited, something turns.”

Wilson said demand for skiing this winter has been off the charts, with season passes having sold out weeks ago and basically every program sold out as well, except for a few openings in school programs.

He said he’s careful not to oversell, to avoid crazy congestion and lift lines.

Other obligations led me to leave Willard Wednesday without testing the corduroy I helped make (with added weight in the groomer…).

But as I left, and I told Wilson this too, I was thinking it was almost a better experience. Skiing would have been great, but I would not have heard that great story of the groomer rides for kids. That kind act fits Willard and Wilson so well, and to hear him talk about loving his job at 70 after 29 years of doing it, was inspirational.

Easton is lucky to have Willard — and Wilson.

And I will be back to make those turns before the season ends.

The recent snowfall provided David Blow an opportunity to get out on his Nordic skis on the trails in Cole's Woods.

Hickory Ski Center in Warrensburg is coming back to life this season after a dormant six years.

The plan was to open presents Christmas morning, chill out for a while and then head to West Mountain to ski with my daughter, Sarah.

Innovative insulation unveiled for Team USA ahead of Winter Olympics

Brawl breaks out between Cowboys, 49ers fans outside AT&T Stadium

Brawl breaks out between Cowboys, 49ers fans outside AT&T Stadium

Willard Mountain owner Charles "Chic" Wilson grooms trails from his 2016 PistenBully 400 groomer at the summit of the Easton ski area Thursday morning. For Wilson, grooming is a labor of love.

A new 800-foot conveyor lift at Easton's Willard Mountain will be operational as early as this weekend. 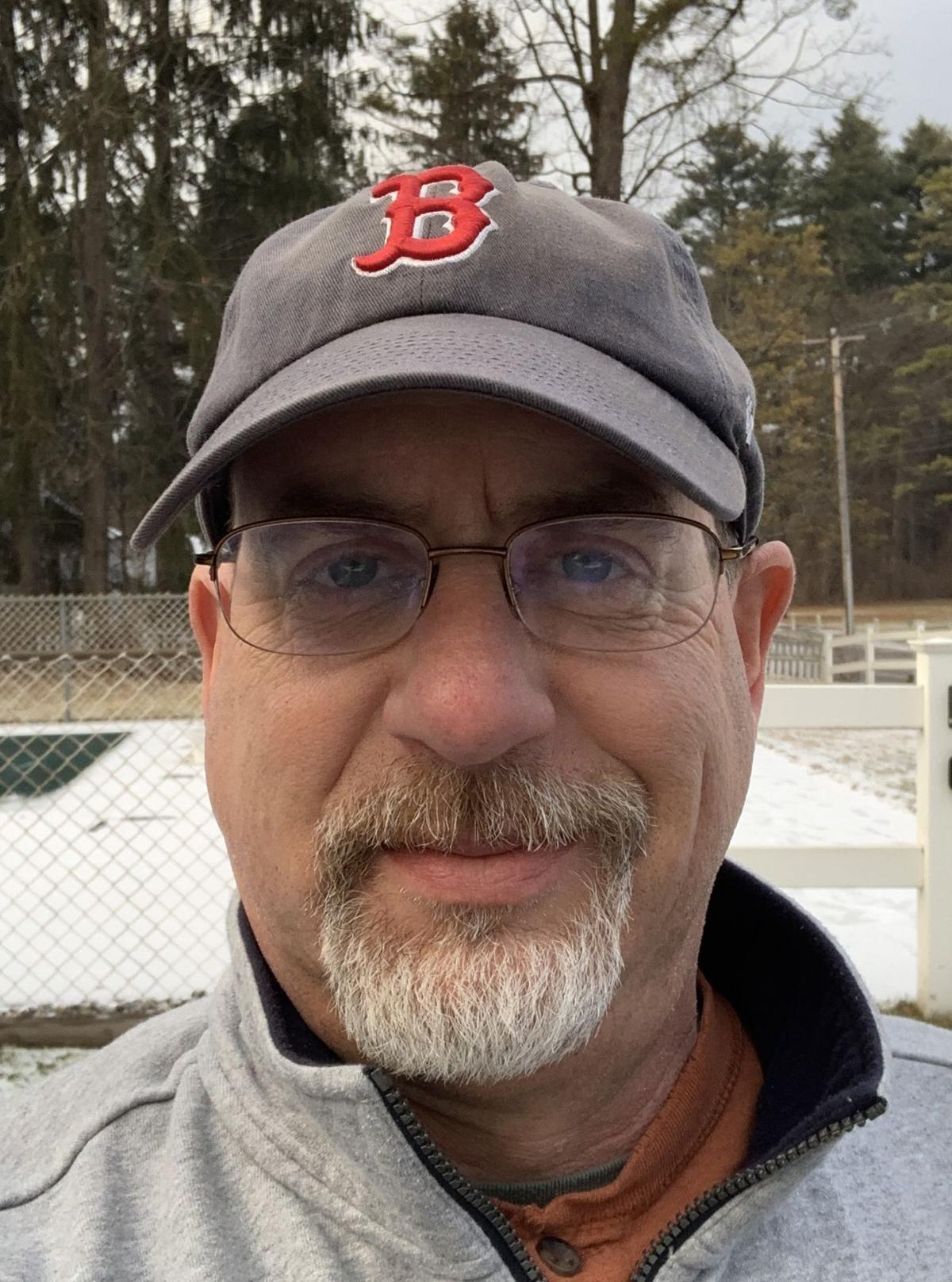