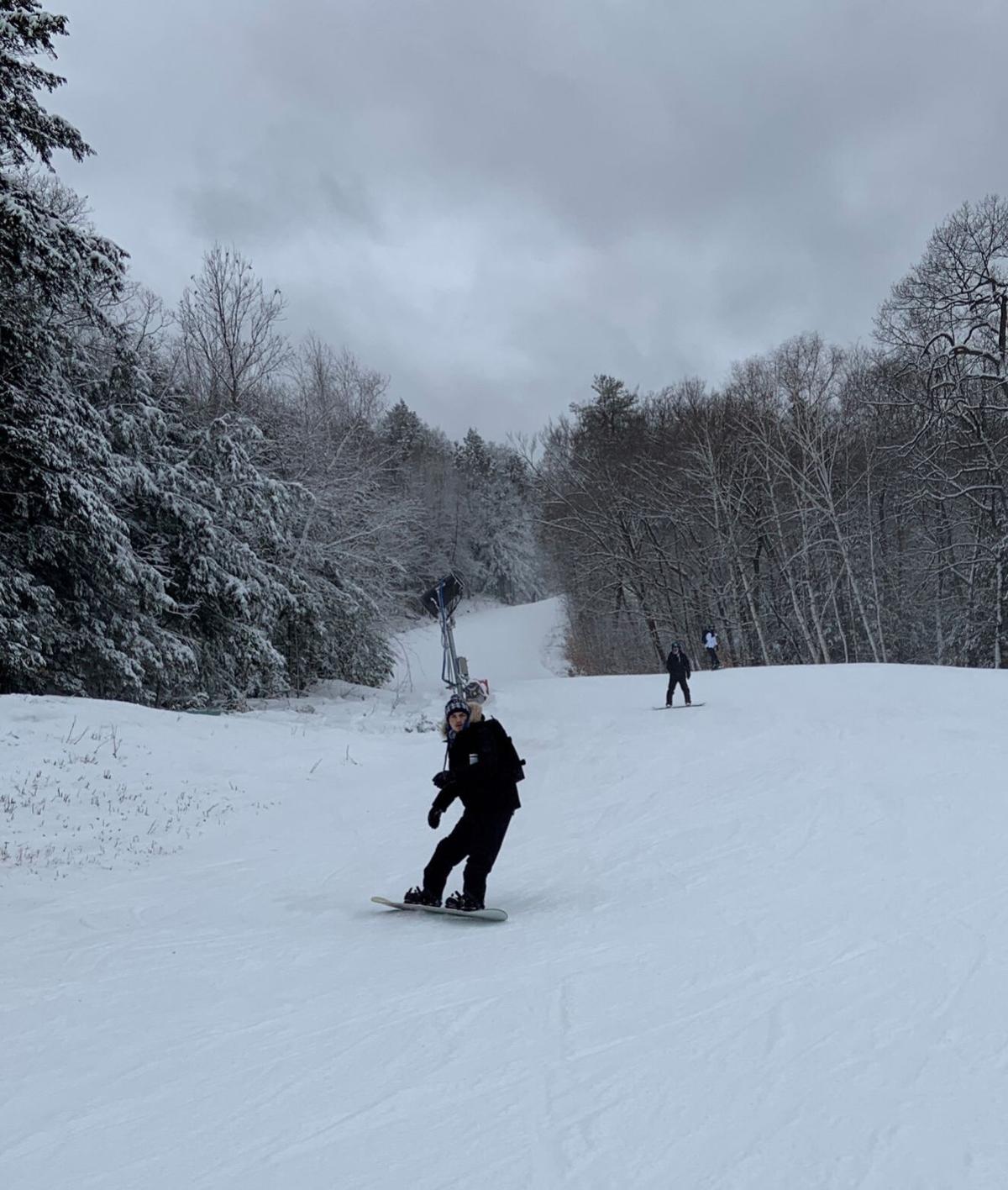 A snowboarder navigates the upper part of the Frolic trail at West Mountain in Queensbury on Wednesday. Local ski areas reported a solid holiday week despite the pandemic. 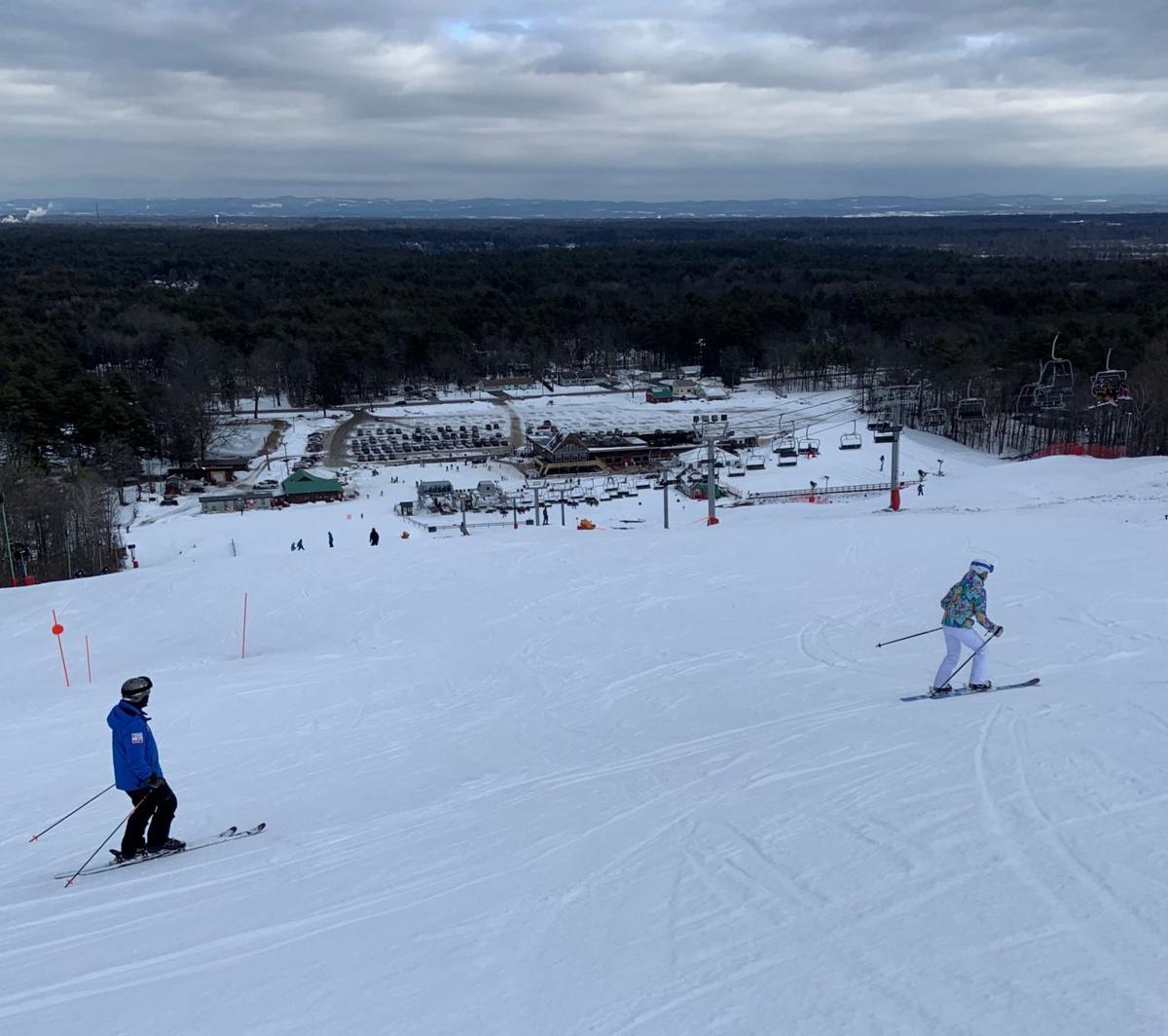 A ski instructor at West Mountain in Queensbury follows a student above the Face trail on Wednesday. Local ski areas reported a solid holiday week despite the pandemic.

Spencer Montgomery, co-owner of West Mountain Ski Area in Queensbury, went as far as to give it a “9 out of 10.”

“It was a great holiday week,” he said, adding that people are obviously clamoring to get outdoors as a COVID-19 escape. “Outdoors is in now, right? And indoors is out. I stole that, and I can’t remember from where. But it’s true.”

Montgomery said visitors have also been really good about wearing masks and being aware that the pandemic is still very real. The only issues he’s having is from people being frustrated at not being able to ski when capacity limits have been reached.

He said when people haven’t been able to book online because they were sold out, they have been angrily calling seeking a different result and taxing the four-line phone system.

“But overwhelmingly the public has been very supportive,” he said.

West plans to open the Northwest area on Saturday, with skiing on Bannister, which will spread skiers out a bit more, he said.

Charles “Chic” Wilson at Willard Mountain in Easton was also pretty happy with the holiday week, saying Willard too was at COVID capacity most of the holiday week. He also said Willard had two record days prior to Christmas, which helped early season numbers.

“We were very happy,” he said from the groomer while grooming trails on Tuesday morning.

Wilson said his capacity limits are a combination of state regulations ramped up by his own. And so far, if the numbers continue, he said he can survive the winter. And despite the pandemic restrictions, Wilson said numbers to date are actually up from last year at this time, though he cautioned that last year wasn’t great.

Wilson, like Montgomery, said colder temperatures expected this week are needed to ramp up snowmaking and get more terrain open. And Willard’s tubing park is also expected to open this weekend, which people have been waiting for, Wilson said.

At Gore Mountain in Johnsburg, Marketing Manager Stephanie Backes said aside from a rainy Christmas Day that set them back a little, the holiday week was “a great success.”

“We recovered nicely (from the Christmas rain) and we’re looking to open more terrain consistently over the next couple weeks,” she said. “Our visitation caps were met.”

Backes said the new High Peaks Quad, which goes to the summit, unlike the double chair it replaced, is now open and trails from the top, including Upper Darby just opened with Lies coming soon.

Snowmakers are also working on opening the Burnt Ridge area of the resort, she said.

Asked if she had anything to tell skiers and riders, Backes wanted to remind them that the only way to ski at Gore is to purchase tickets online.

“If they show up, we’re not able to sell them tickets on-site,” she said.

David Blow is a freelance writer and Media and Communication professor at Castleton University. He may be reached at davent67@gmail.com

Dave Blow enjoys a conversation with a dad teaching his young daughter to ski at Willard Mountain.

COLUMN: A different type of lake skiing fosters a trip down memory lane

COLUMN: Perfect conditions for an outing in Cole's Woods

A snowboarder navigates the upper part of the Frolic trail at West Mountain in Queensbury on Wednesday. Local ski areas reported a solid holiday week despite the pandemic.

A ski instructor at West Mountain in Queensbury follows a student above the Face trail on Wednesday. Local ski areas reported a solid holiday week despite the pandemic. 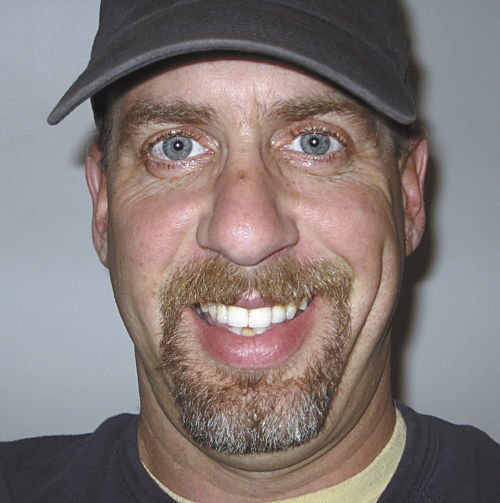