Mike Kane swears it’s true: he was once banned from the Glens Falls Civic Center by Ned Harkness himself.

Harkness, the man who brought professional hockey to Glens Falls, had taken issue with something Kane — then the Adirondack Red Wings beat writer for the Schenectady Gazette — had written in an analysis critical of his handling of coaches as the Red Wings’ general manager.

“Ned was an intimidating man when he wanted to be,” Kane recalled. “He was a tremendous promoter, but you didn’t want to be on the wrong side of him, and that day, I was.”

“My editors at the Gazette told Ned, ‘If Mike’s not covering the team, we’re not going to cover the team anymore,’” Kane said. “I didn’t miss a game.”

Forty years later, Kane returns to his old haunt — the renamed Cool Insuring Arena — on Friday night for his induction into the Adirondack Hockey Hall of Fame.

The Hall of Fame ceremony will take place during the Thunder’s 7 p.m. ECHL game against the Reading Royals, for whom Henry is now an assistant coach. A pregame reception will be held in Heritage Hall at 5:30 p.m.

Kane has a unique perspective on hockey in Glens Falls — he covered the Red Wings from their inception until they left town in 1999, mostly as a beat writer and later as a Gazette columnist.

“I was there for the Red Wings’ first game in 1979 and their second-to-last game in 1999,” said Kane, who quite literally wrote the book on hockey in Glens Falls — his 1994 book Minor in Name Only: The History of the Adirondack Red Wings.

Now “mostly” retired at 69, Kane still does freelance writing, and although he built a tremendous career covering horse racing — including gigs at the National Museum of Racing in Saratoga Springs and as a researcher for NBC — he still looks back fondly at the Red Wings’ heyday.

“The most fun part of my career was in the 1980s, covering hockey in Glens Falls, especially when Bill Dineen was coaching the Red Wings,” Kane said.

The fact that hockey is still going in Glens Falls 43 years later is a mild surprise to Kane, who spent three years at The Post-Star and moved on to the Gazette just as the Red Wings were arriving in 1979.

“I watched it fade in interest in the ‘90s. I thought the future might be pretty dim for hockey,” he said. “Who was going to do it? Who was going to bring in a team? But the AHL, UHL and the ECHL have all been there — the people have an appetite for hockey.”

Kane, a Queensbury High School and Potsdam State graduate, said the Adirondack Red Wings changed the face of sports in the Capital District.

“Before 1979, there were no pro sports in the Capital District, and there hadn’t been since the late 1950s,” Kane said. “Once we had a hockey team in Glens Falls, then we had a (minor-league) baseball team. And then Albany had a baseball team, and then a hockey team. Then the Arena football teams and (indoor) lacrosse teams followed.

“Would there be an arena in downtown Albany now?” Kane added. “Probably, but (former Albany County Executive) Jim Coyne had such envy at the success in Glens Falls, that led to that building (now the MVP Arena) being built quicker than it might have been. ... It’s not hard to draw lines from what happened in 1978-79 to now.”

Kane said the Red Wings had the advantage of being the only game in town — the only other major sports in the Capital District at the time were Siena basketball and RPI hockey. Being successful early helped even more. Adirondack won four Calder Cups in its first 14 seasons.

“Ned Harkness had arrived with a very popular product at the right time in Glens Falls,” said Kane, who lives in Burnt Hills with his wife, Kathy. “Having successful teams — winning the (AHL) championship in the second season — lit a fire that burned bright through the ‘80s.”

Loiselle was part of the Red Wings’ 1985-86 championship team, recording 51 goals and 114 points in 103 games as a center with the team. He ultimately played in more than 600 NHL games with five teams.

After his playing career, Loiselle got his law degree and worked in management with several NHL clubs. He and his wife, JoAnn Sipowicz, have lived in Queensbury since 2010. Loiselle is a member of the Adirondack Hockey Coalition and the Facilities Committee of the Adirondack Civic Center Coalition. He helped the coalition purchase the Adirondack Thunder’s ECHL franchise from the Calgary Flames in 2017.

Henry played left wing for the Thunder for seven seasons — the first two in Stockton, California, before the team moved to Glens Falls. He played in the ECHL All-Star Game in 2017, and served as team captain for his final two seasons. He retired in 2020 to go into coaching.

Henry played in 303 games and finished with 230 points and 161 assists, all Adirondack Thunder franchise records. He received the ECHL Community Service Award in 2019.

The skinny: Doors open at 5 p.m. A reception for the newest members of the Adirondack Hockey Hall of Fame will held in Heritage Hall at 5:30. The inductees will be introduced during the first intermission.

Thunder are shut out on the road

The Adirondack Thunder completed the road portion of their 2021-22 schedule with a 1-0 loss in Reading on Saturday night.

Thunder finish dead last in ECHL, look to next season

The Thunder wrapped up their 2021-22 season on Sunday with a loss that left them with the ECHL's worst record.

The Adirondack Thunder released their 2022-23 ECHL schedule on Thursday.

Pete MacArthur will take over as head coach of the Adirondack Thunder. 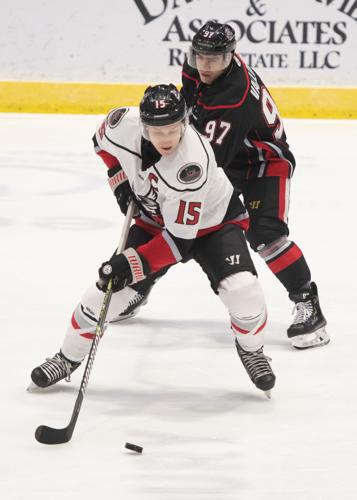 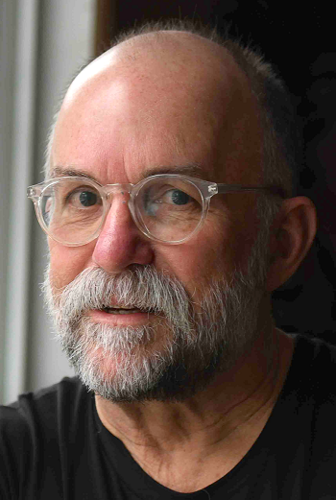