STILLWATER — There was no way Brigid Duffy was going to let one miscue cost her Queensbury girls soccer team its first-ever Section II championship Friday night.

Her redemption was a right-footed rocket from 25 yards out with 14:47 left in regulation of the Class A title game.

Duffy’s goal lifted the top-seeded Spartans to a 2-1 victory over Averill Park — and made up for her missed penalty kick four minutes earlier.

“I was like, ‘This is all going to be my fault if we lose, so I’d better get it back now,’” said Duffy, the West Point-bound senior midfielder. “I feel like a lot of people were counting on me at that point, so I had to do something to make up for that.”

Duffy had made a go-left, dodge-right move just before her decisive shot, which caromed off the underside of the crossbar and into the Warriors’ goal.

For a few agonizing seconds, the Spartans paused, unsure if the ball actually crossed the goal line. But it had, and they burst into a celebration.

That was nothing compared to the end of the game, when Queensbury fans rushed the field to join in celebrating the school’s first girls soccer championship. The Spartans started their varsity team in 1999.

“That was amazing, we’ve been working for this all year, and everything’s finally paid off,” Duffy said. “I’ve been on this team for five years and we’ve come so close every year, but we never made it. My last year, there’s nothing better than winning sectional champs senior year.”

Queensbury, which improved to 16-1-2 overall, advances to face Section III champion New Hartford in the state regionals on Tuesday at Chittenango High School.

The Spartans had dominated the first half against their Suburban Council opponent, keeping the ball in Averill Park’s end of the field for much of the first 40 minutes, outshooting the Warriors 15-2 in that span.

“We played well — we connected passes, we’ve gotten a lot better throughout the year,” Spartans coach Tim Ciampa said. “The first half of the year we were trying to rely on our athleticism to score goals, but towards the end of the year we’ve really been working on possession, and you can see we kept the ball for a lot of the first half.”

With 10:43 left in the half, Duffy fired a shot from the right side, but Warriors goalie Michelina Lombardi — who played an outstanding game with nine saves — made a diving stop.

However, sophomore Bayley Duffy — Brigid’s sister — tucked the rebound into the net on the follow-up.

“I’m always there to clean up whatever it is — a goal is a goal,” Bayley Duffy said. “We came out with intensity, the ball’s right there — I’m putting it in the back of the net.”

“This group of girls is super-aggressive and physical, which is a huge advantage in girls soccer,” Ciampa said.

However, in the second half, Averill Park seized the momentum and tied the score just 2:37 into the period, as Gabriele Geise scored out of a scramble in front of the Spartans’ goal.

“The first 20 minutes (of the second half) I don’t know what happened — we had no possession and they were coming at us hard,” Ciampa said.

“We came out hot, with intensity, we were moving,” Bayley Duffy said. “We got cold at halftime, they maybe got a pep in their step, but we cleaned it up at the end.”

The Spartans weathered that storm, rallied and began pressing forward and getting chances. For the game, Queensbury outshot the Warriors 21-11.

“It was scary, but I had full confidence in my team — I knew they’d be there to clean up anything we had to,” said senior goalie Emma Lemery, who made five saves.

“The last 10 (minutes) was helter-skelter just to survive and get the ball high and wide,” Ciampa said. “We had a game when we played Burnt Hills (in the semifinals), we were up 4-1 and we had to deal with trying to get out of that game — I think that experience helped us tonight.” 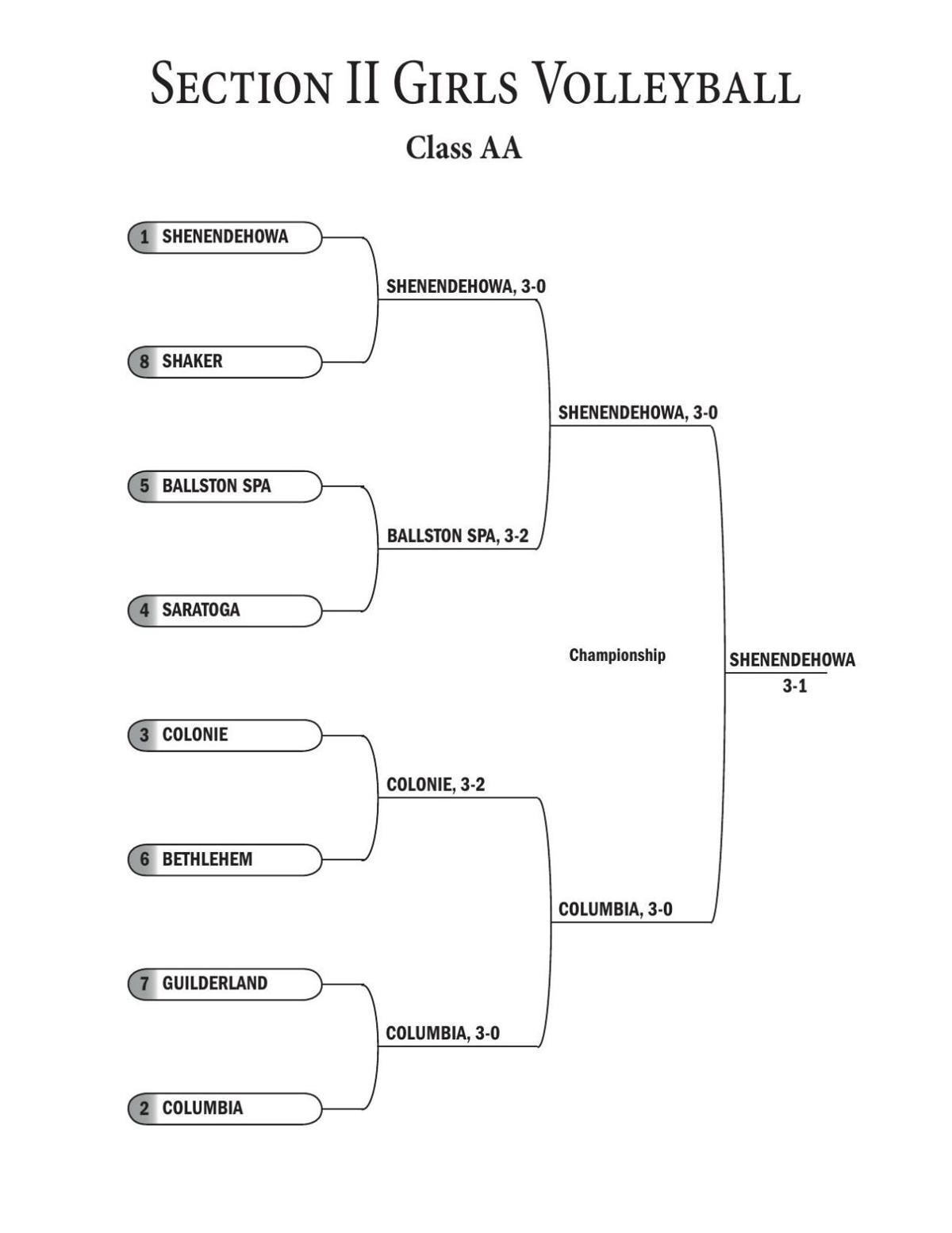 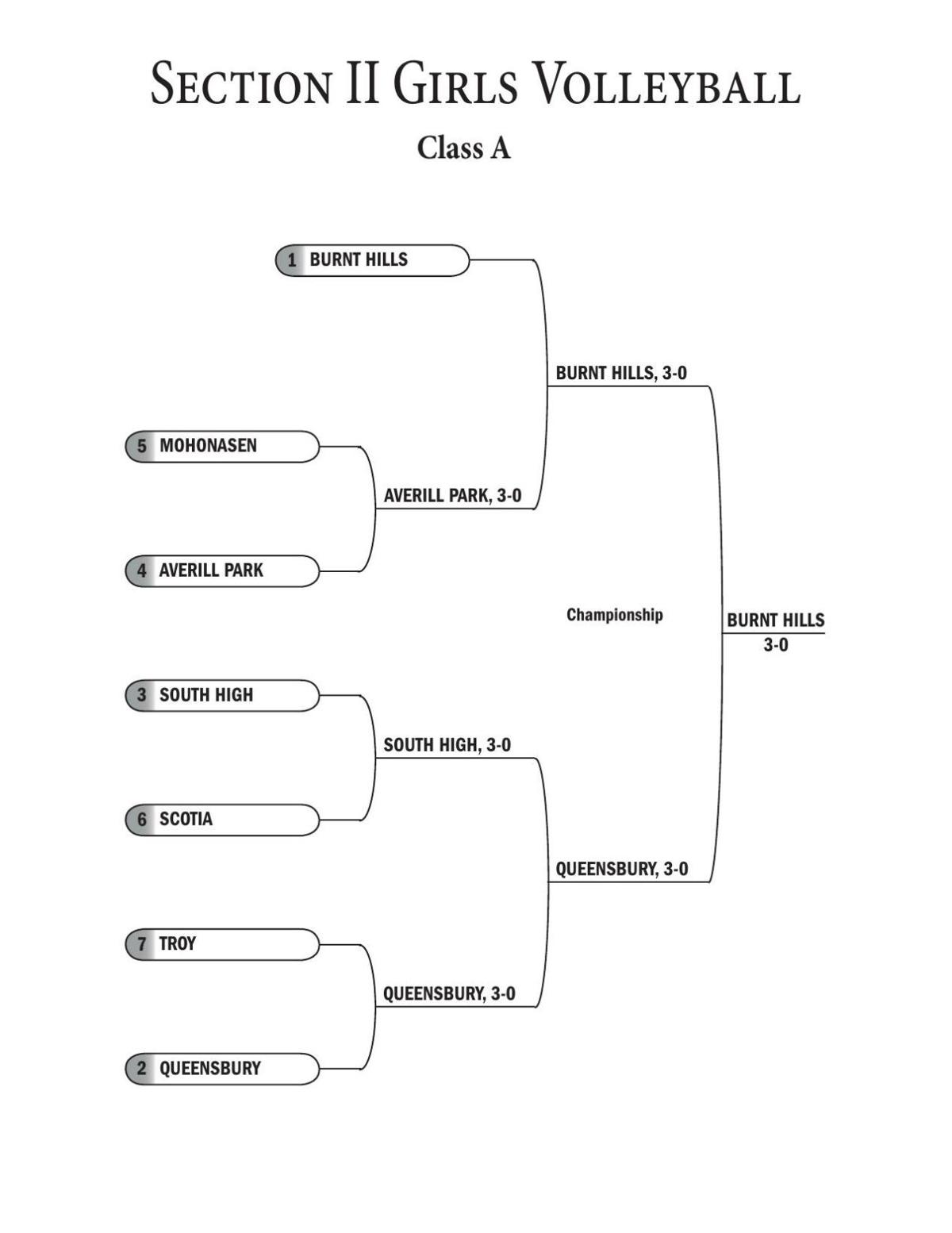 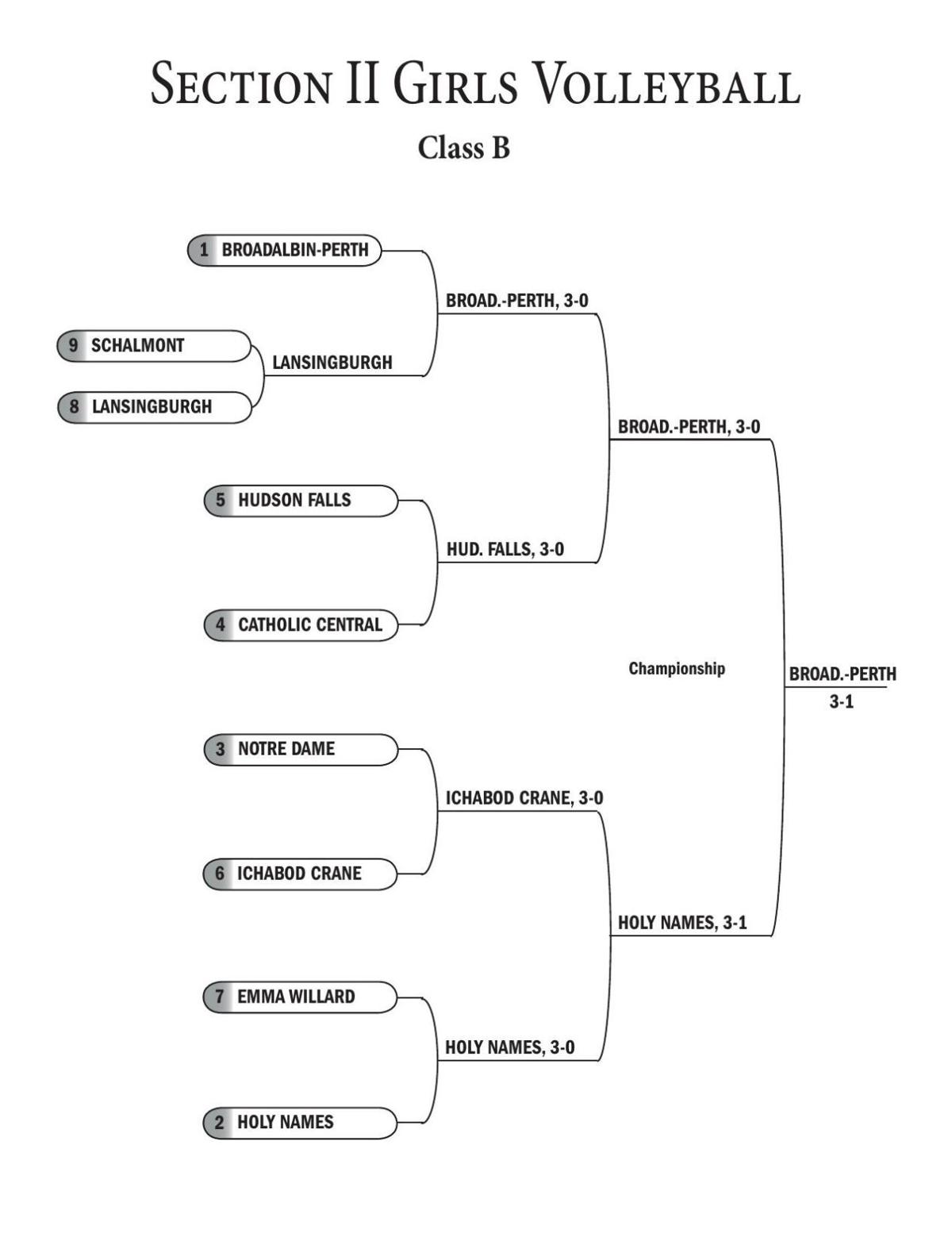 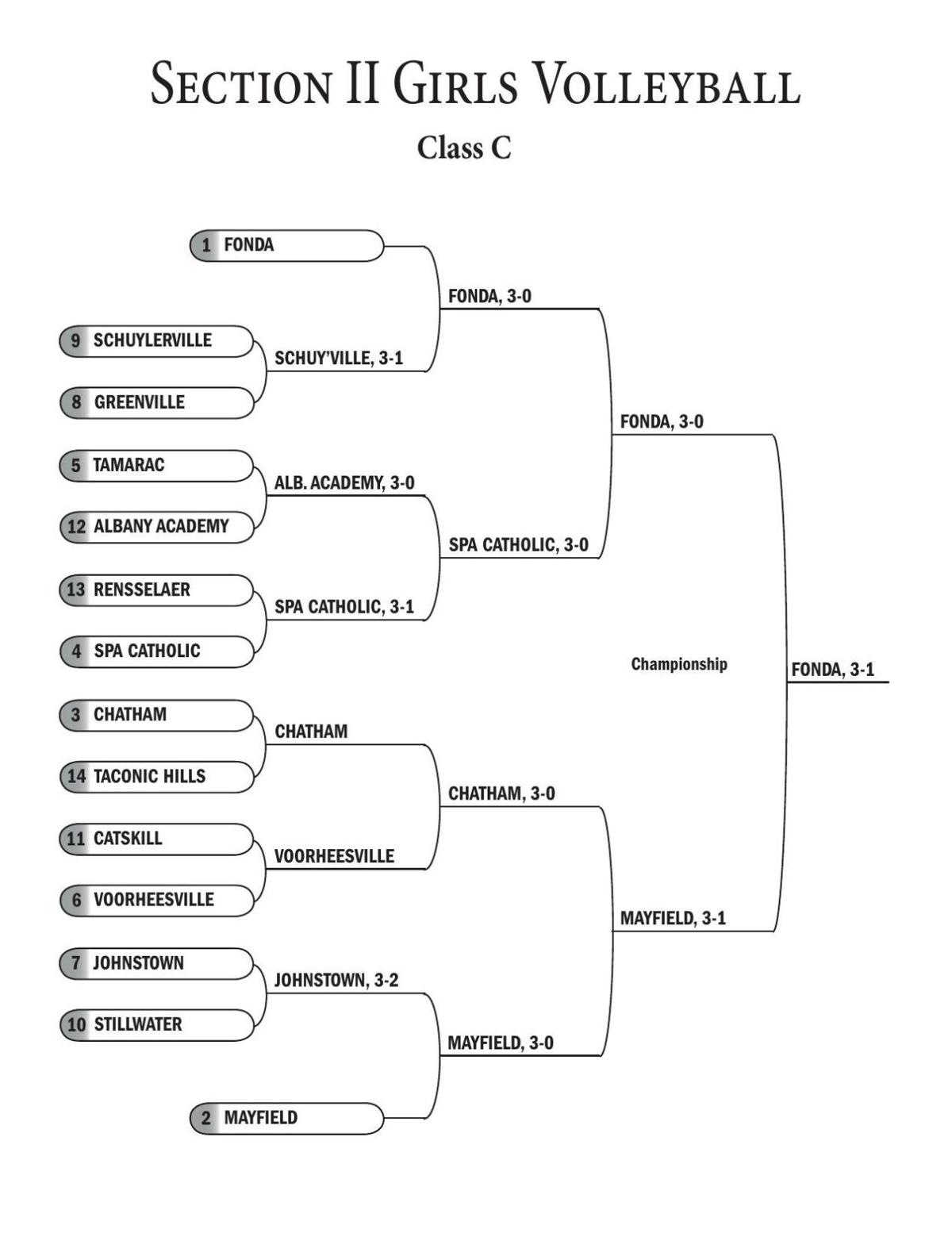 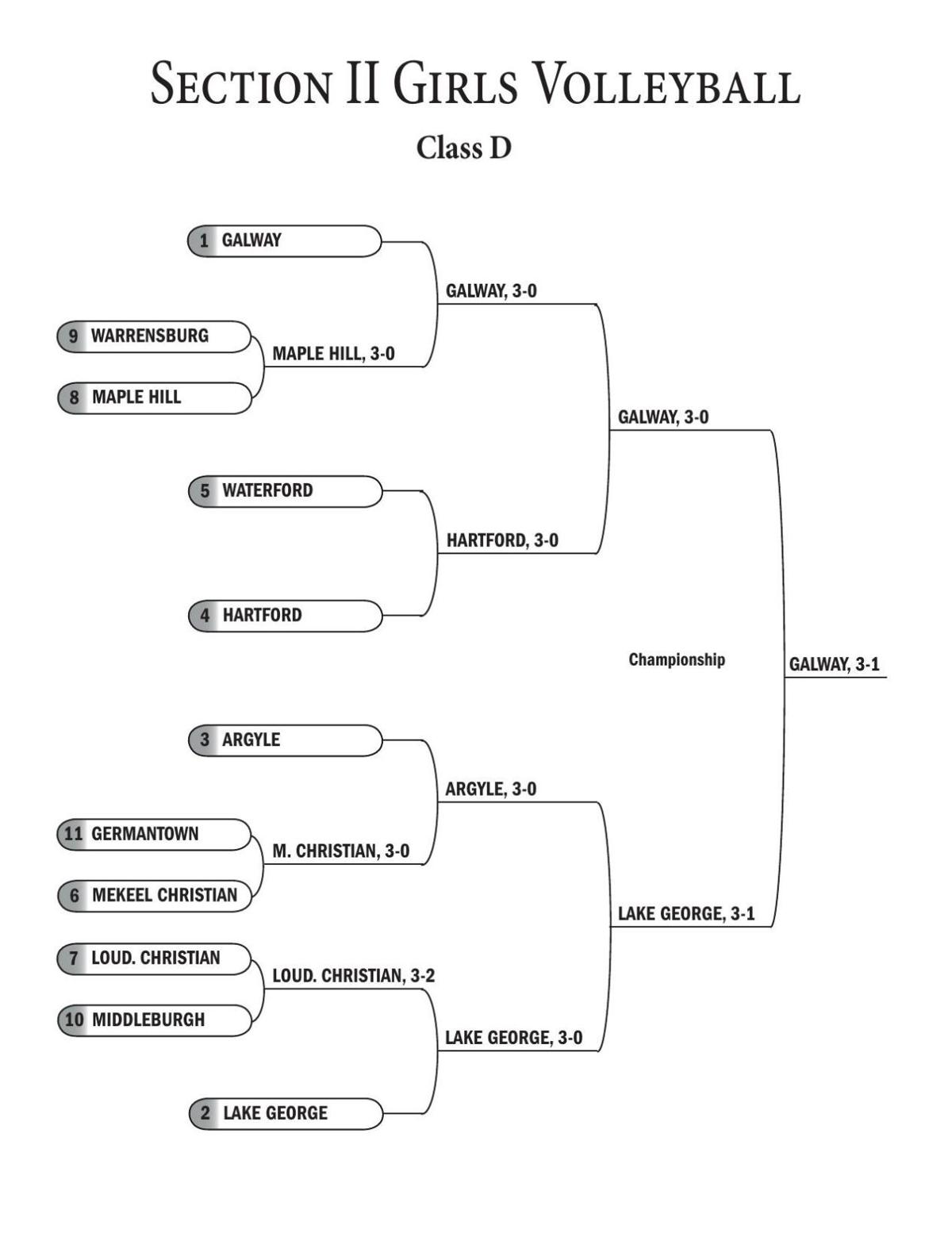 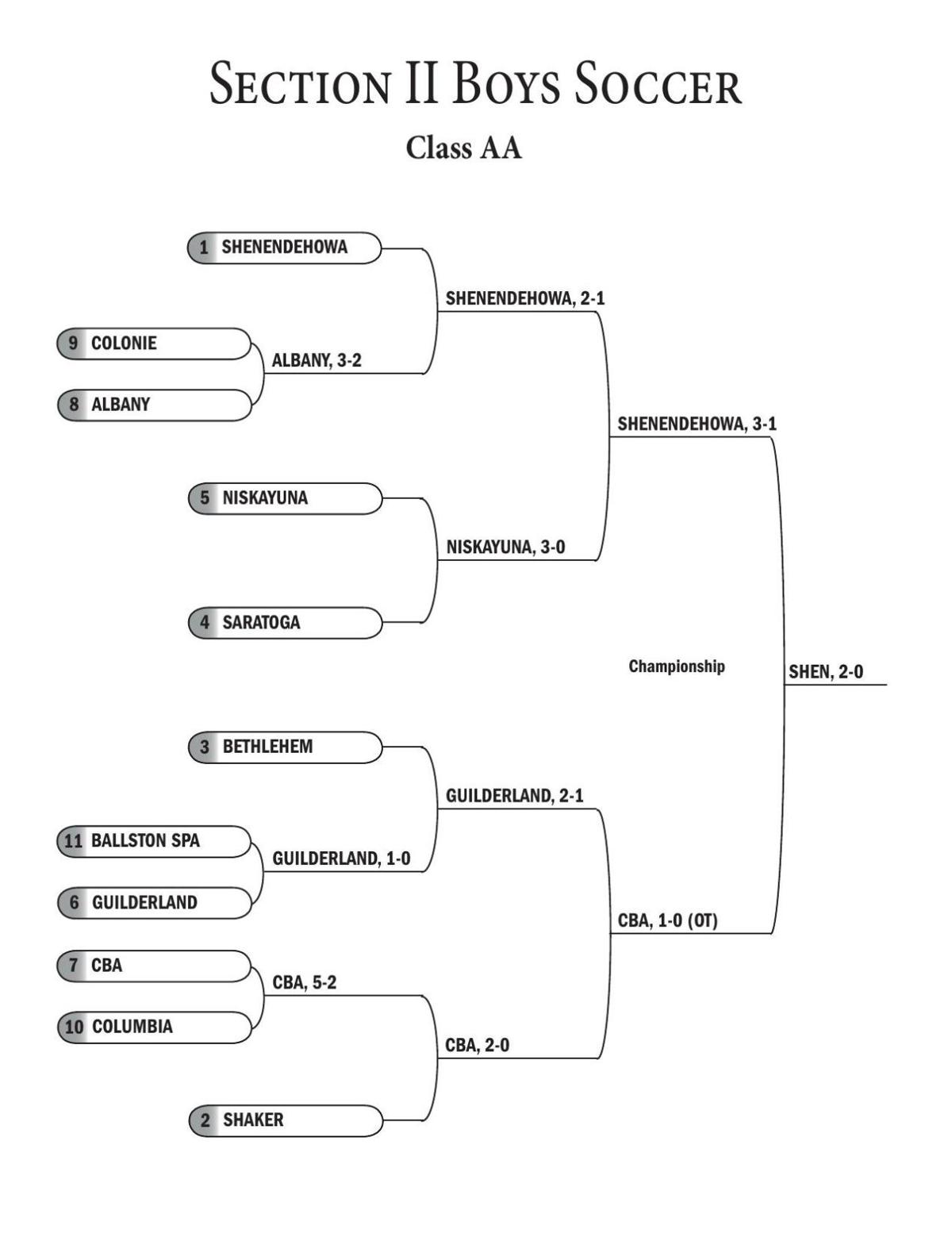 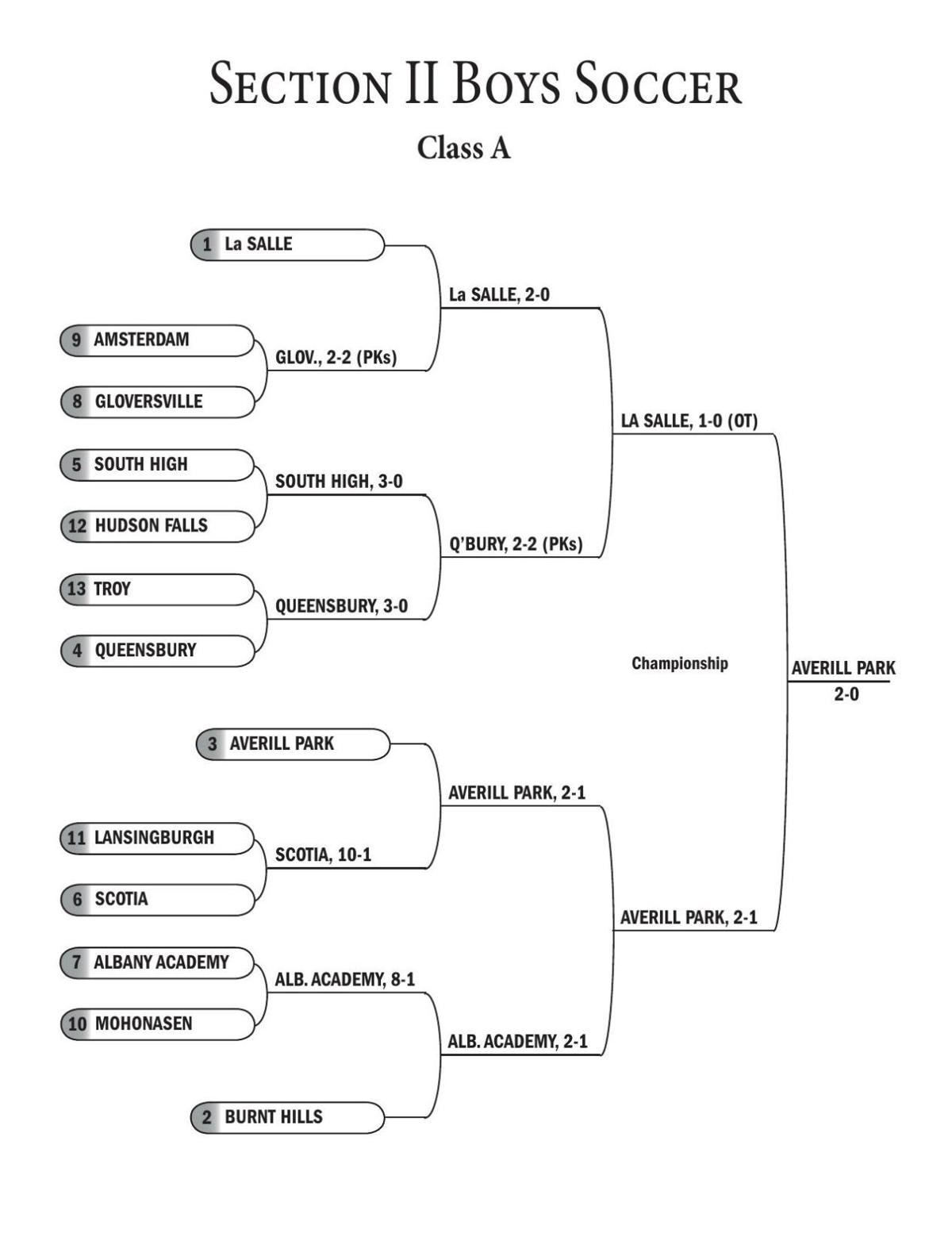 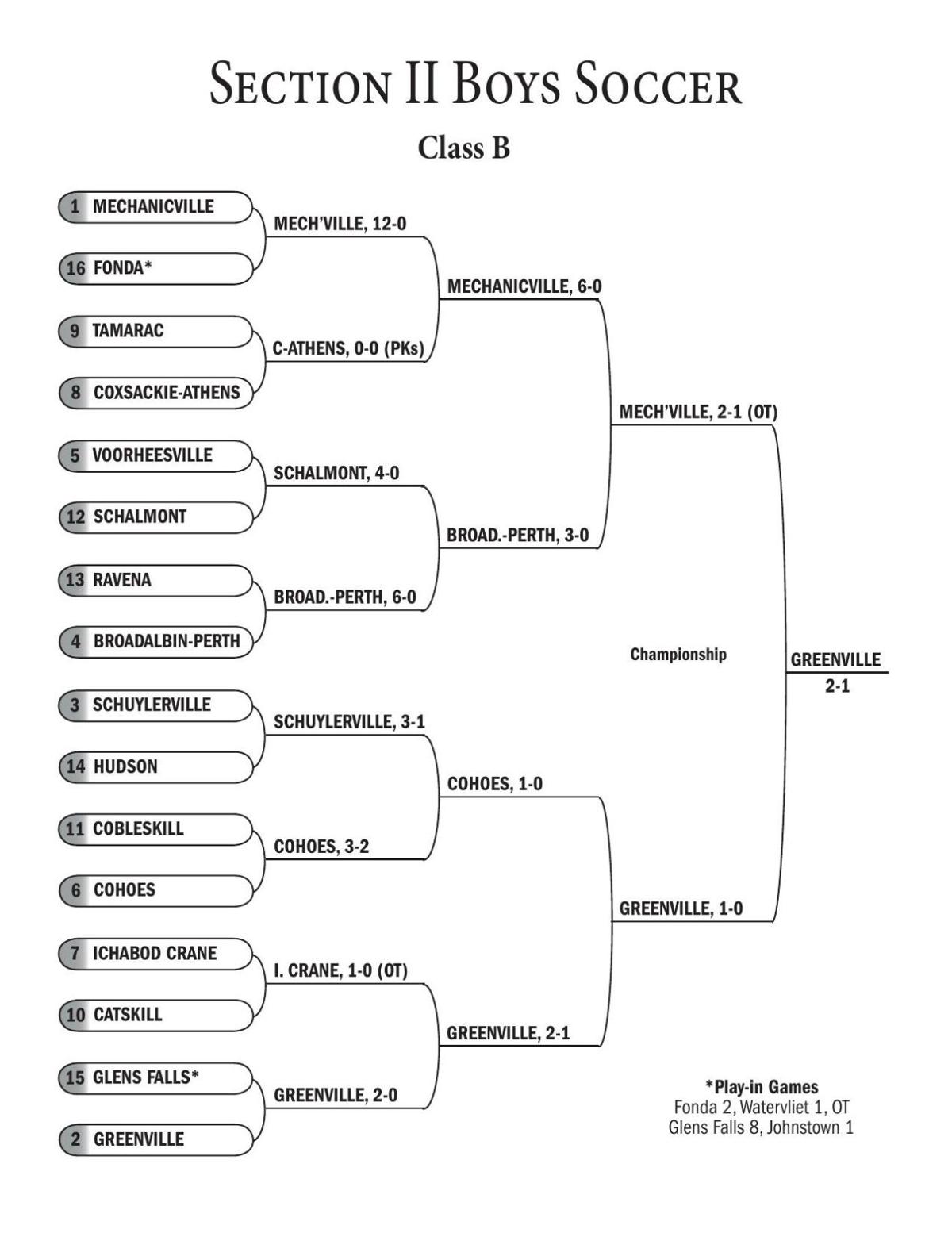 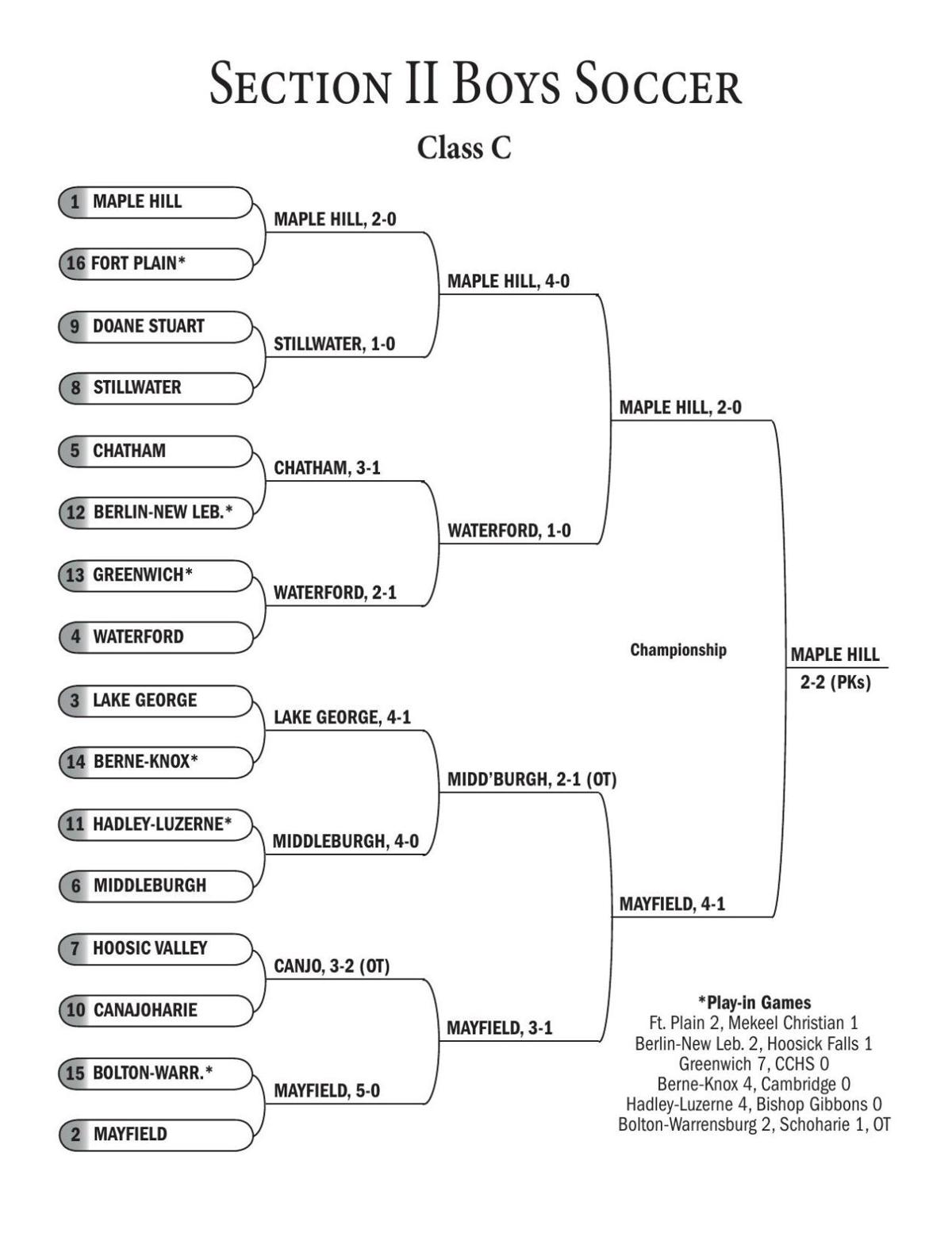 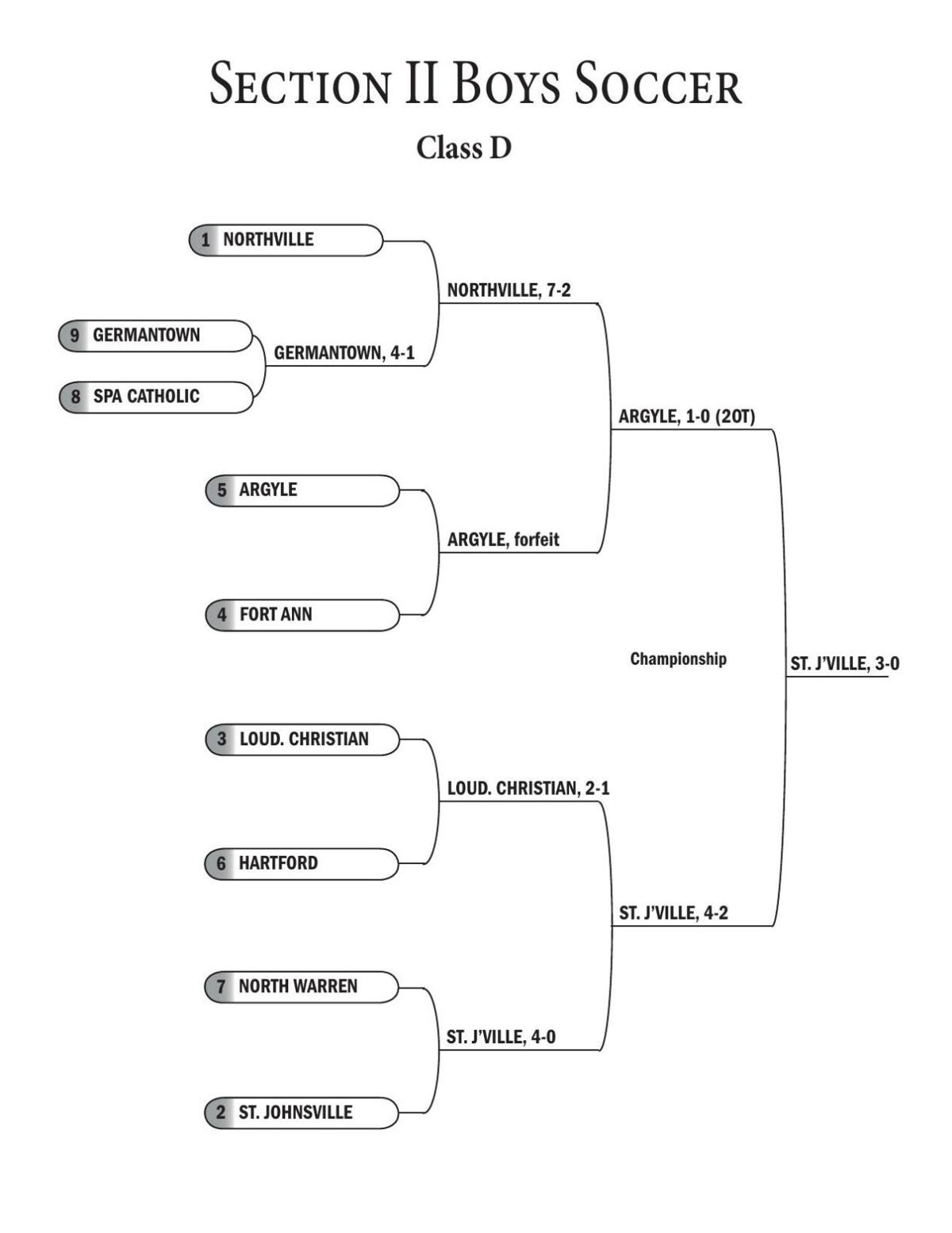 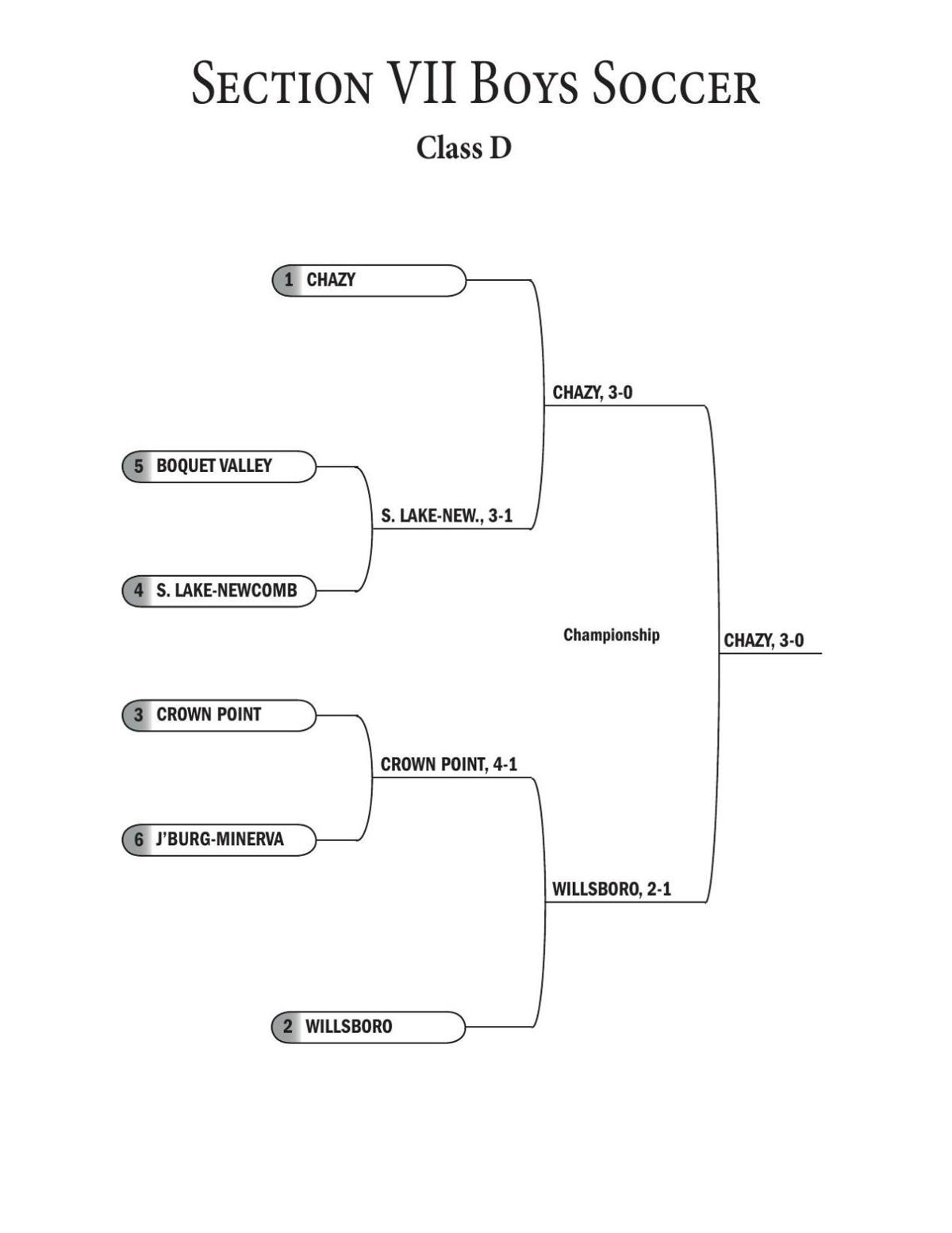 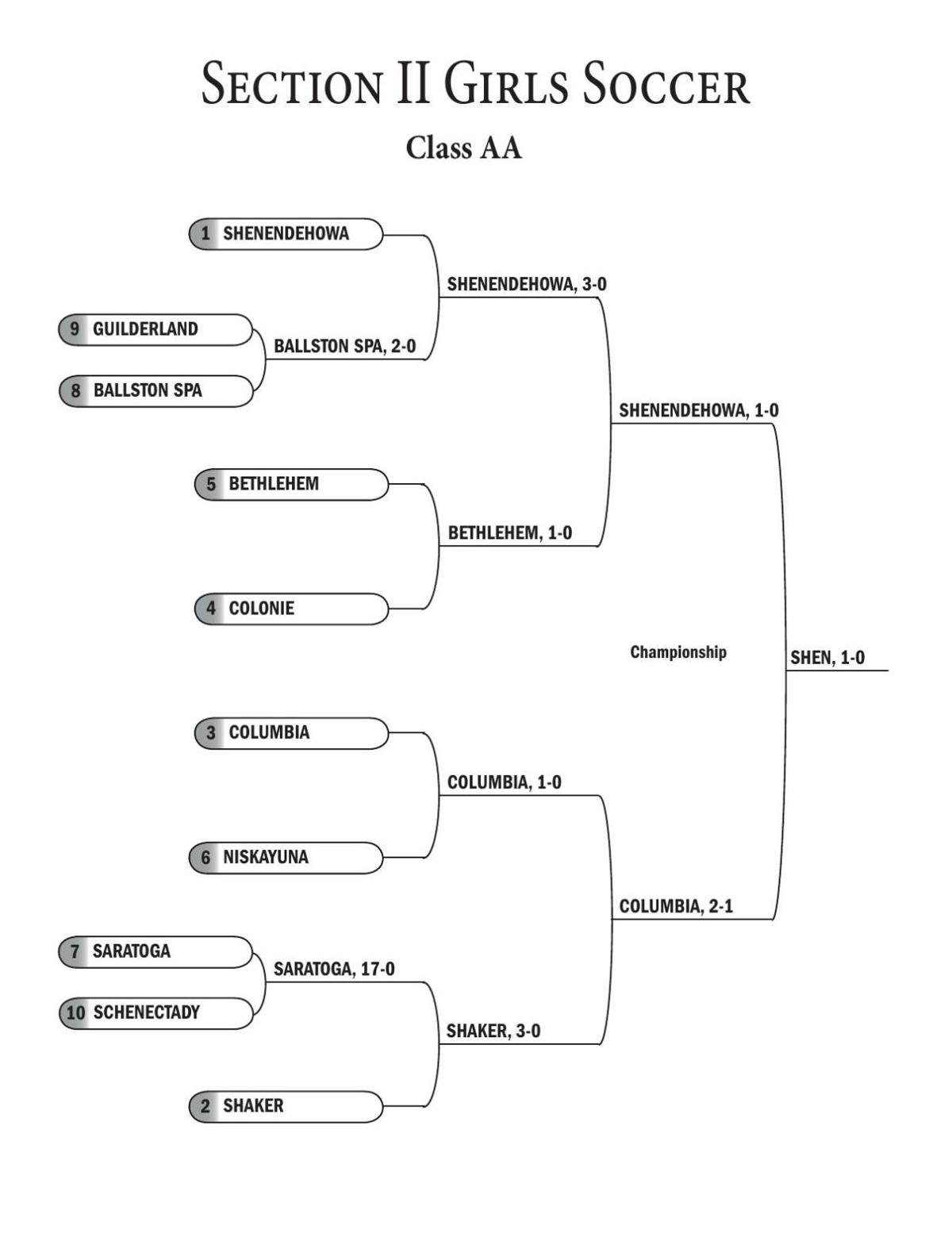 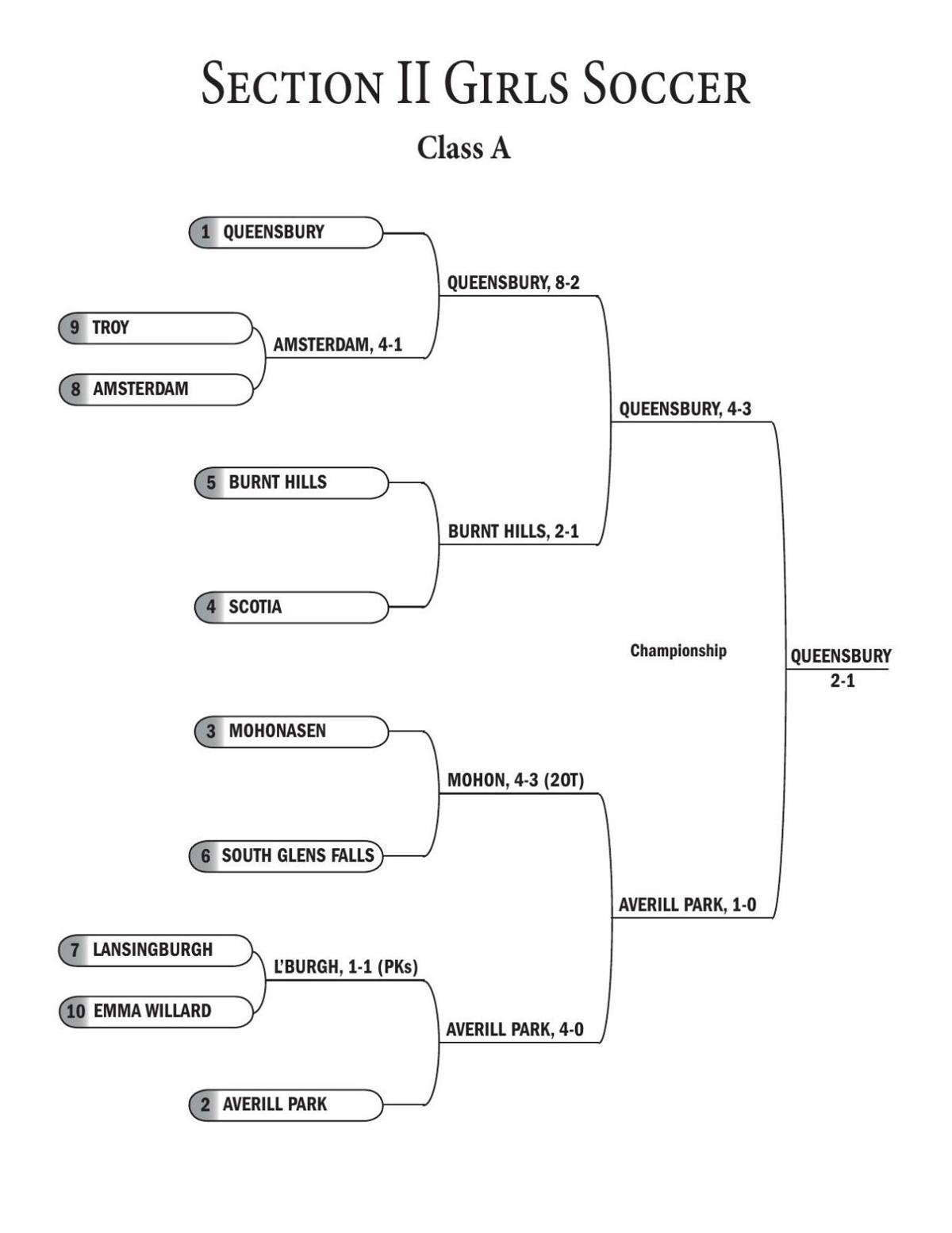 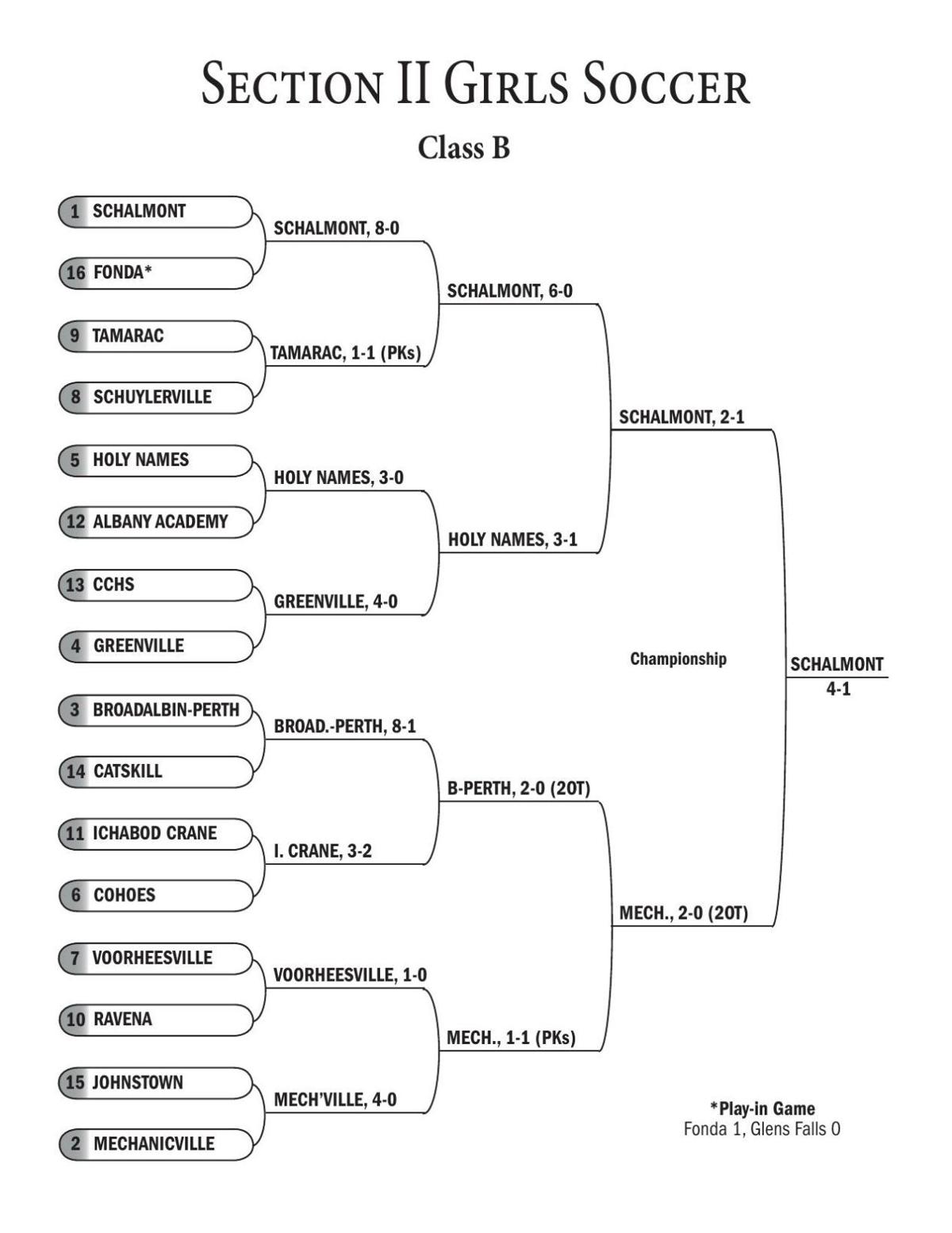 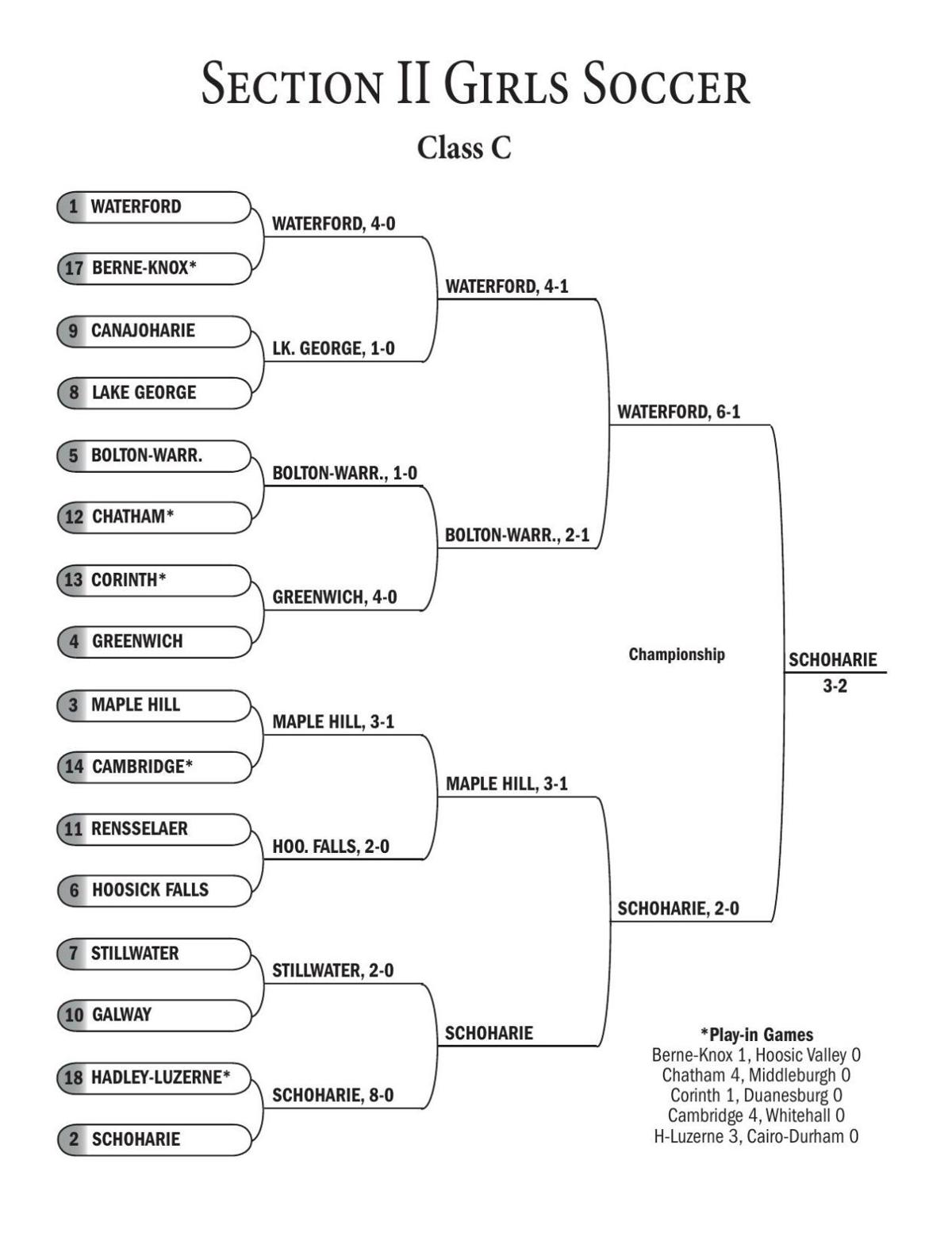 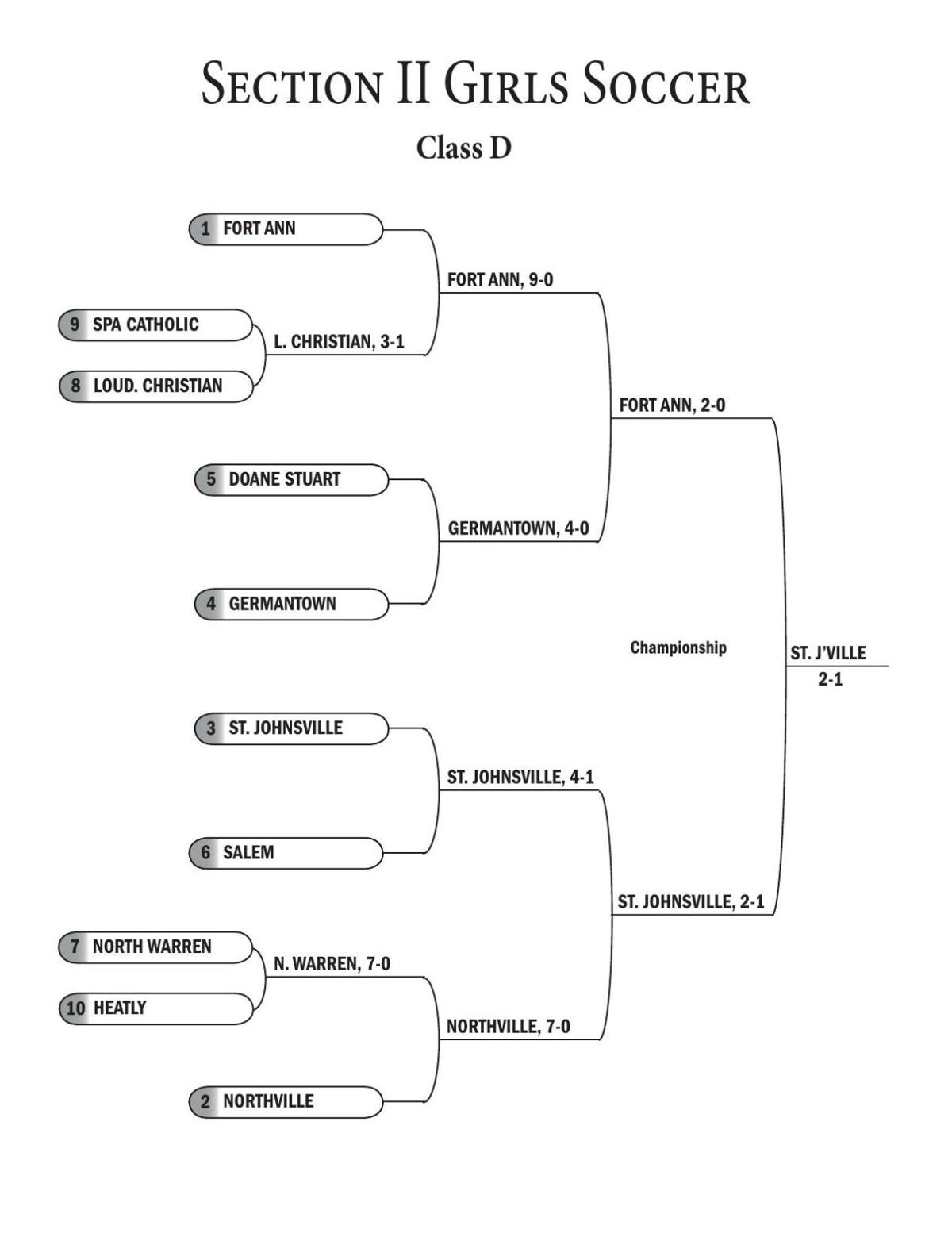 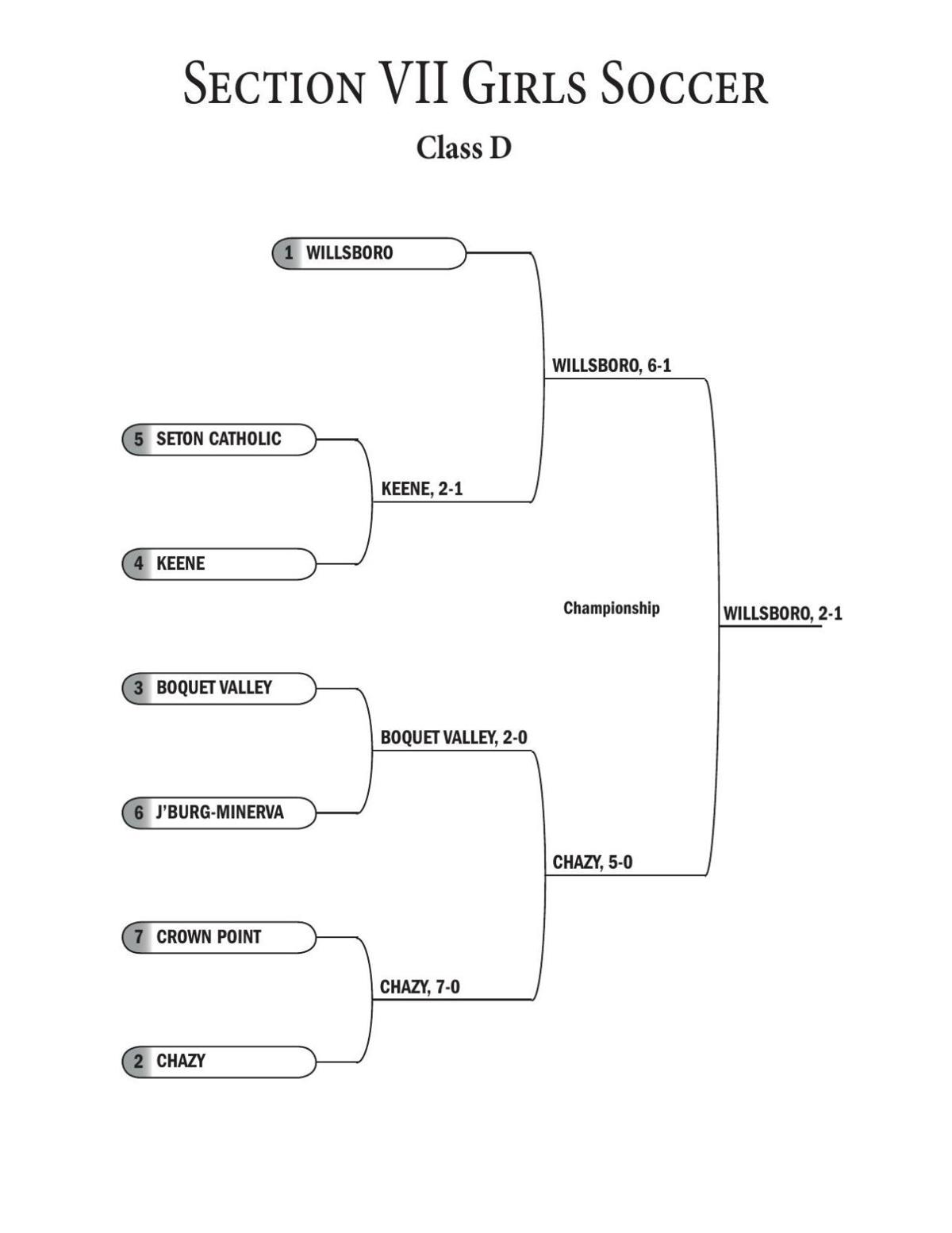 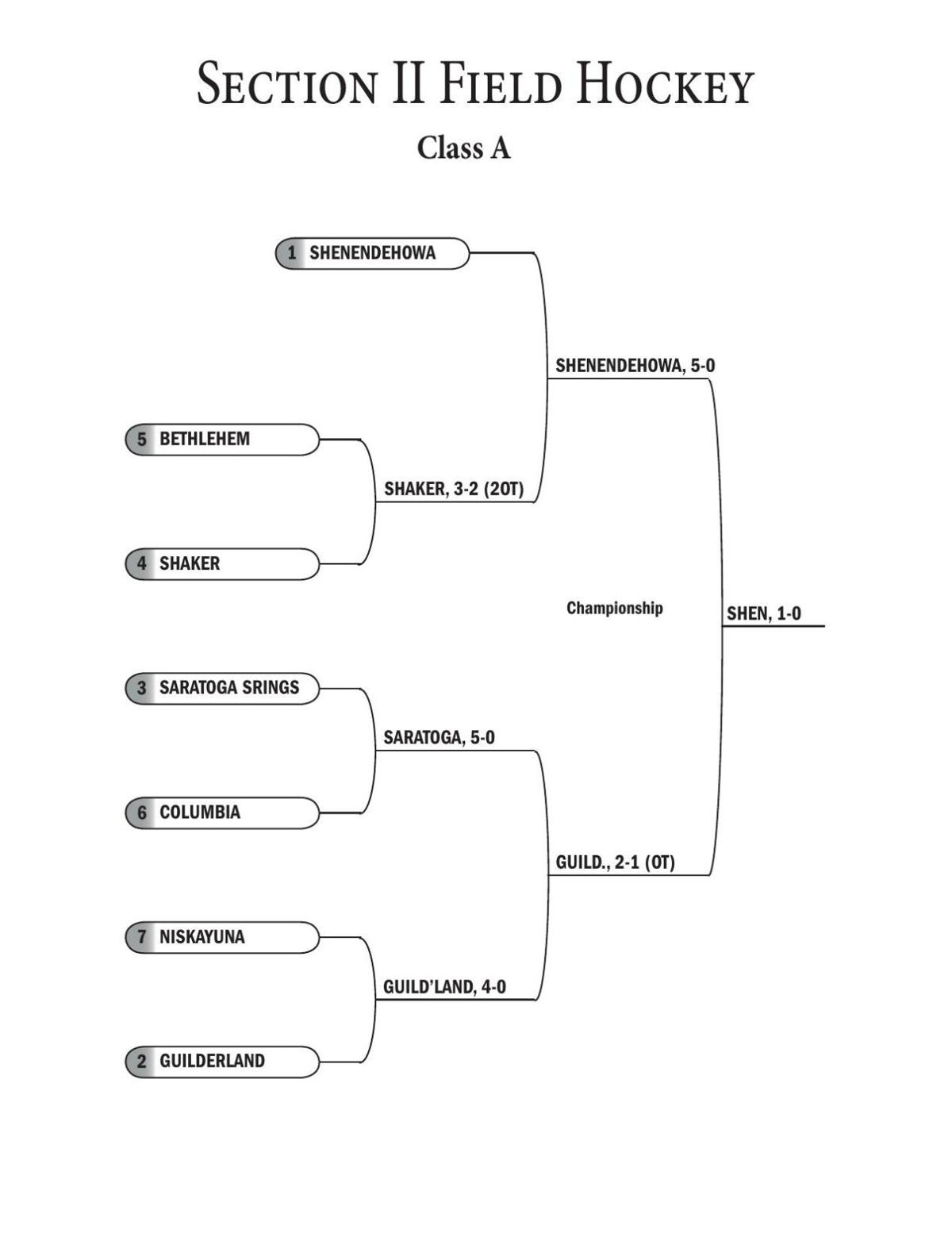 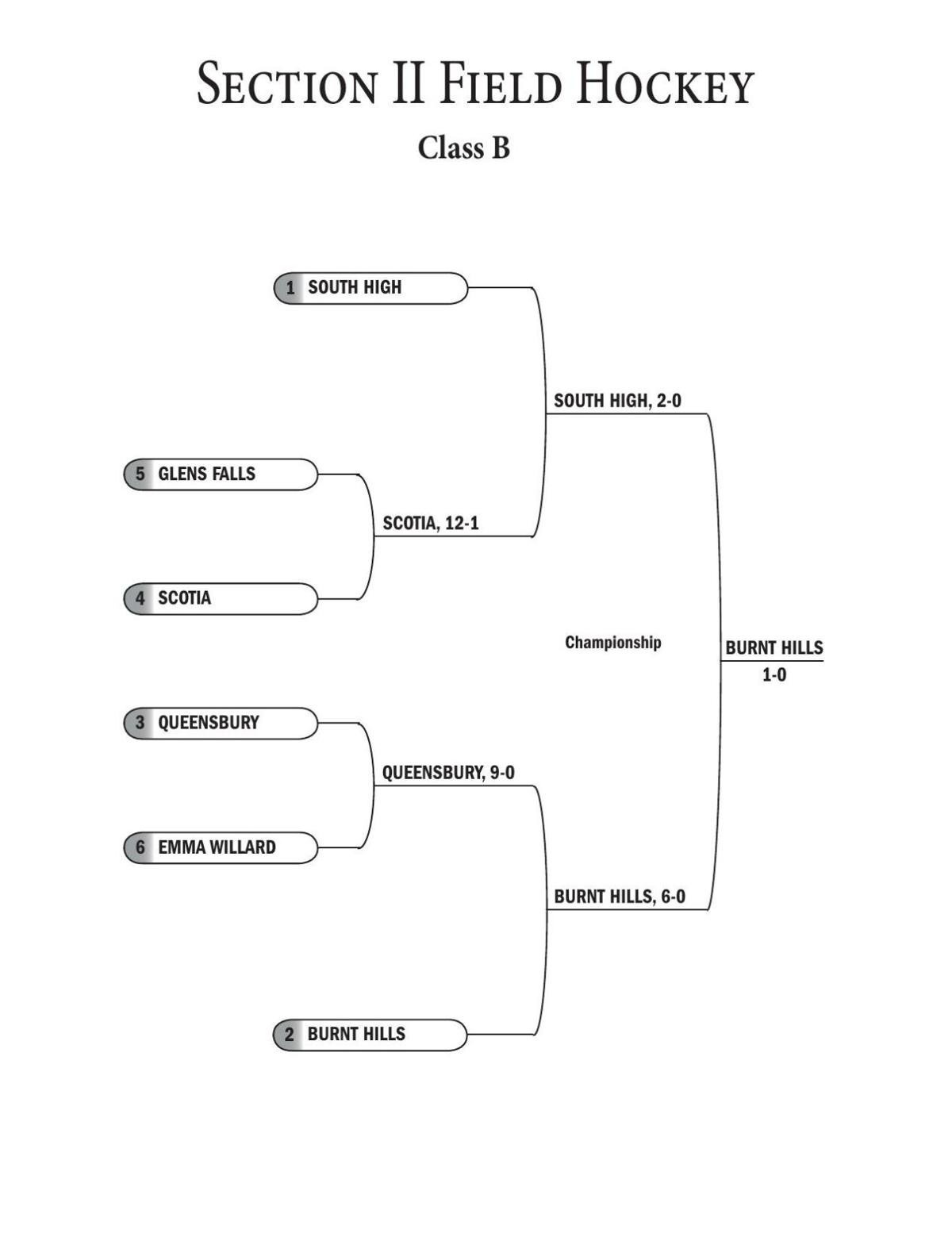 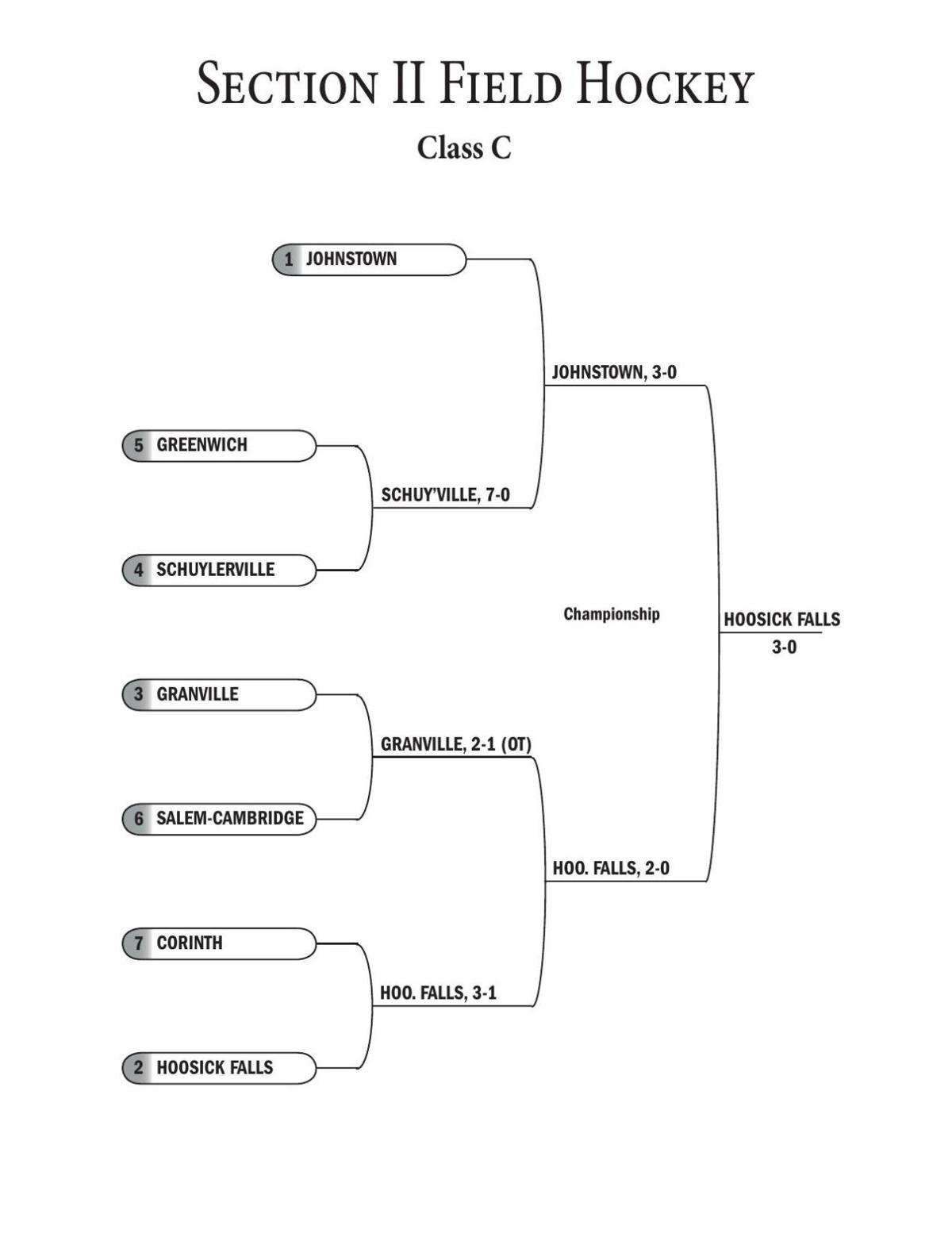 The Queensbury defense shut down Niskayuna in a 27-7 Class A Grasso football showdown Saturday.

Queensbury's girls soccer season ended with a loss to New Hartford in a state regional game.

Here's the high school playoff schedule through the weekend.

The Fort Ann girls soccer team advanced to the Class D championship game with a 2-0 victory over Germantown on Thursday night.

Bolton-Warrensburg reached the Class C semis of the Section II Girls Soccer Tournament with a 2-1 win over Greenwich on Tuesday.

Queensbury scored three times in the first half and beat Burnt Hills 4-3 for their first-ever victory in a Section II semifinal.