Please subscribe to keep reading. You can cancel at any time.
Already a subscriber?
Log in or Activate your account.
Loading&hellp
No thanks, return to homepage.
{{featured_button_text}}
1 of 6 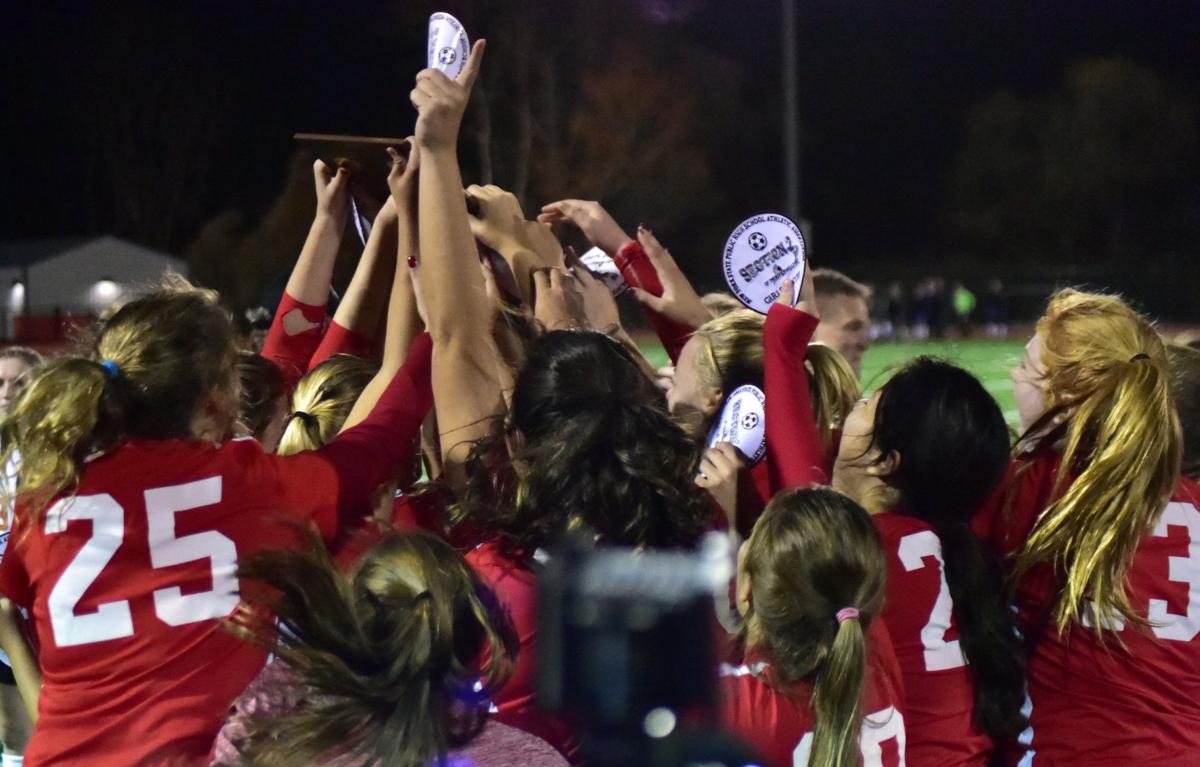 Fort Ann players rush to get their hands on the plaque after beating New Lebanon 3-0 Wednesday to win the Class D title of the Section II Girls Soccer Tournament. 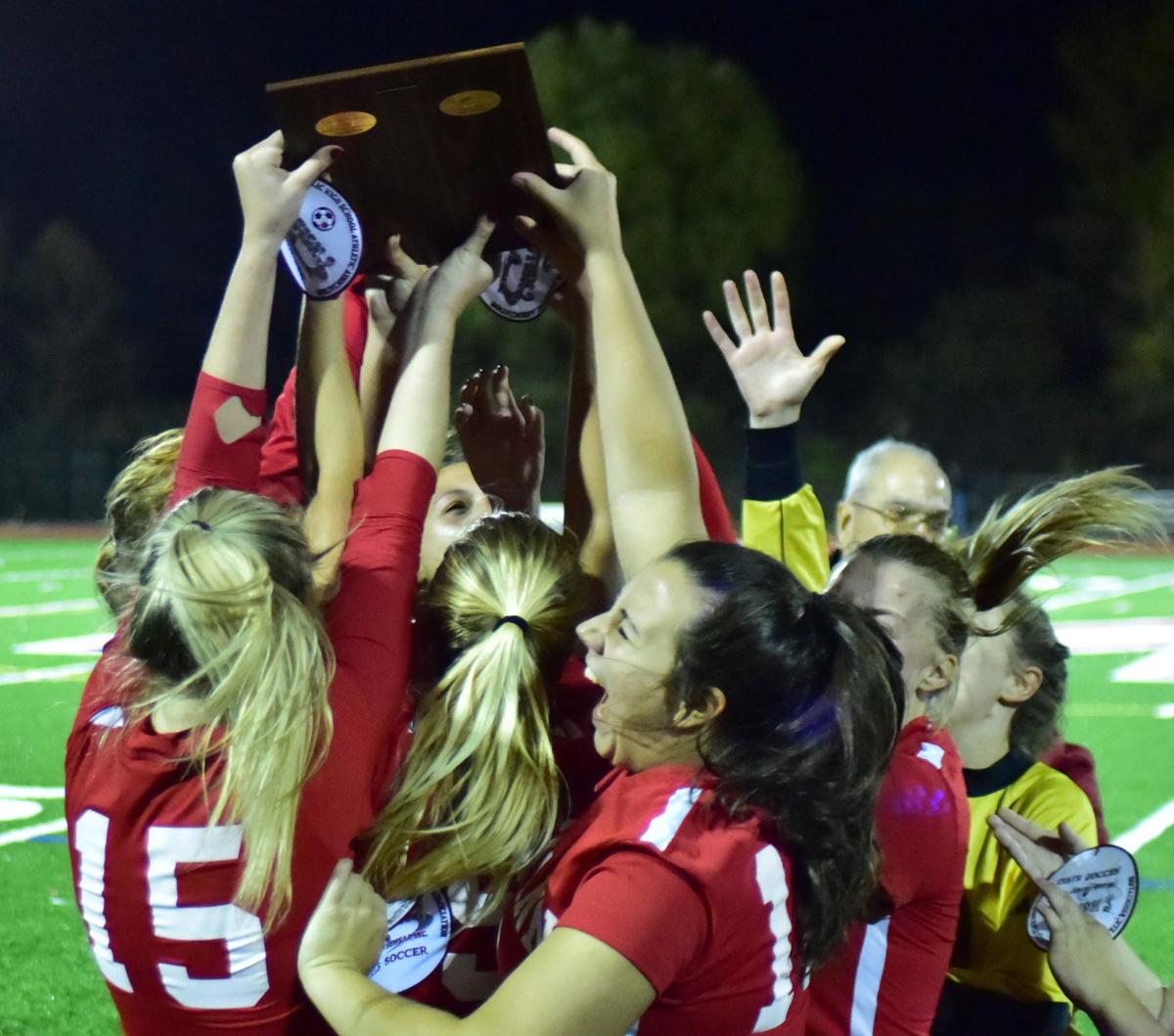 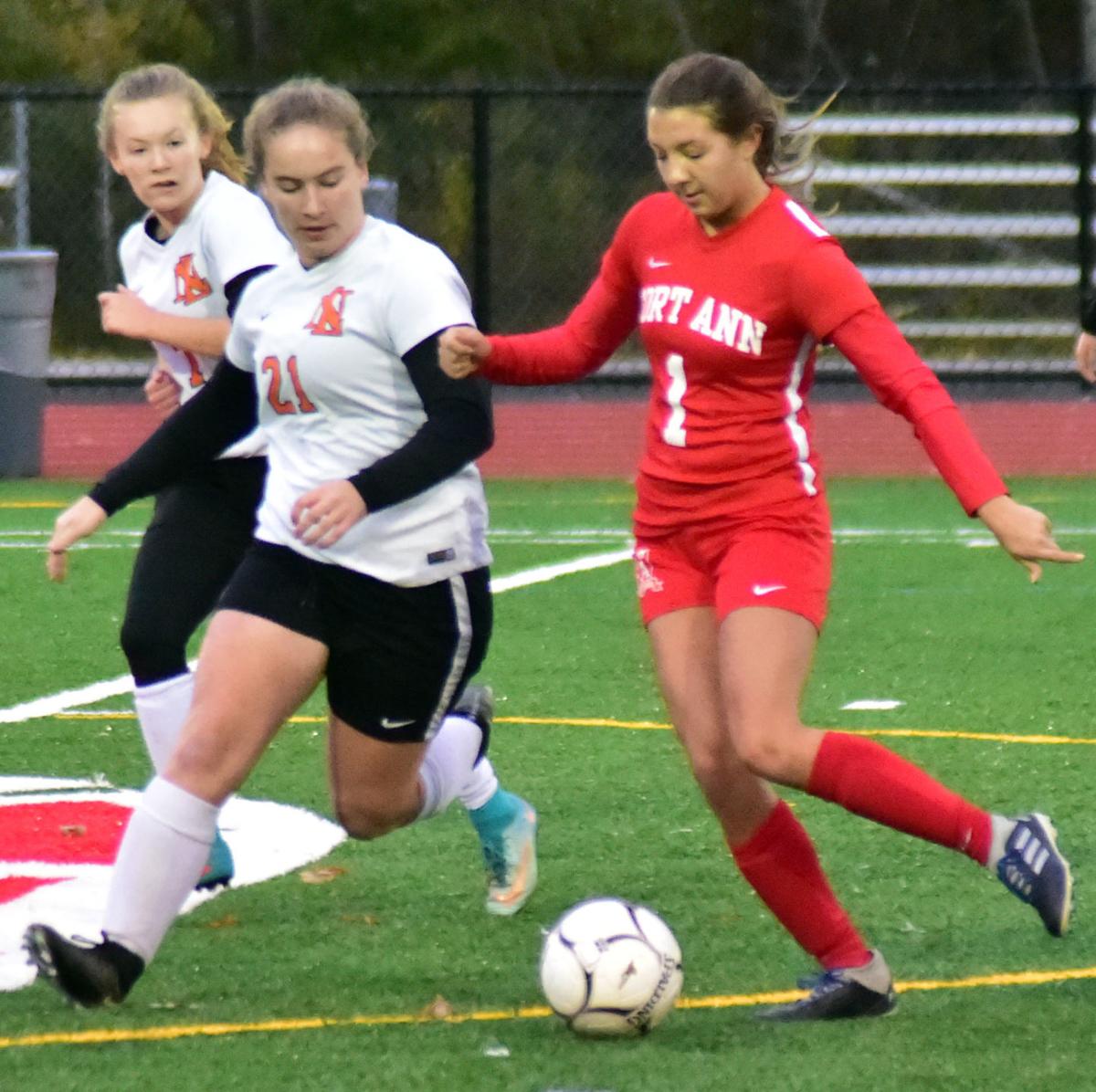 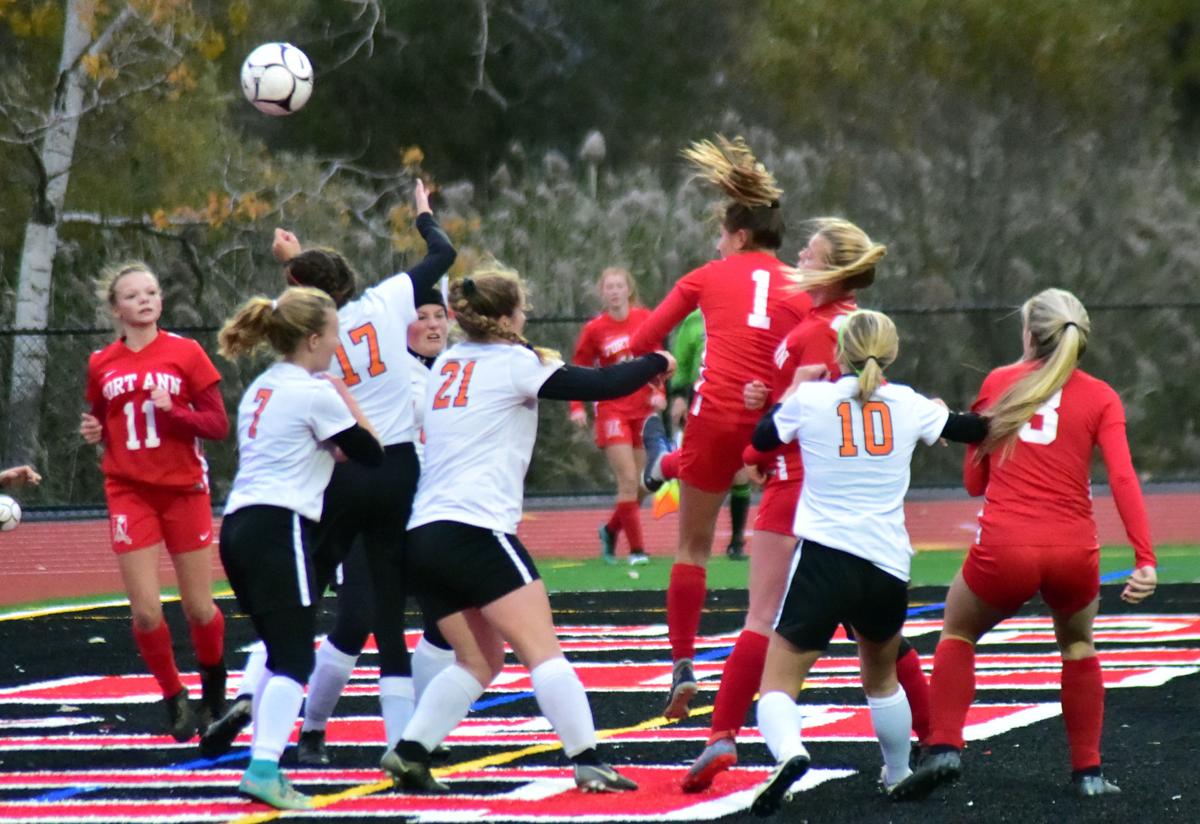 Fort Ann and New Lebanon players battle for a ball in the air during Wednesday's Class D final of the Section II Girls Soccer Tournament at Mechanicville.

MECHANICVILLE — Fort Ann players lined up for the team photo with everyone holding up one finger.

It’s nothing like their recent team photos for softball, where players needed more than one hand to display all the titles they’ve won. But that one finger they had in the air on Wednesday at Mechanicville meant everything in the world to them.

Fort Ann wiped away years of frustration with a 3-0 victory over New Lebanon to win the Class D title in the Section II Girls Soccer Tournament. It was the Cardinals’ first sectional crown after finishing as runner-up seven times.

Many of this year’s players have spent years watching opponents celebrate sectional titles, and some watched older sisters experience disappointment before that. The Cards lost their first Section II finals appearance in 2010 and then lost every championship game from 2012 through last year.

“It’s been four years of anticipations and letdowns,” said Godfrey, “and it’s just so relieving to get this.”

“It’s awesome,” Paige said. “We’ve been working at it for eight years, and it feels great to finally get it.”

Coach Jason Humiston said preparation for Wednesday’s game was no different that past years.

“Nothing was said different,” he said. “Just business as usual.”

“We were pretty confident,” Paige said. “We played them earlier in the season and beat them, but you never know what can happen in sectionals.”

It didn’t take the Cardinals long to assert themselves, and it was a senior who got them started. Bailey scored from the right side less than three minutes into the game.

“It settled us down a little bit, made us more comfortable,” Bailey said, “but we knew we had to keep the pressure on; we couldn’t give up.”

Fort Ann dominated play for quite a while, but couldn’t get anything out of several corner kicks. Godfrey finally made it a 2-0 game just before halftime, pounding home a penalty kick.

Paige got behind the defense and scored a third goal in the second half. Faith Lehoisky made seven saves to back the shutout effort, including one in the second half when she had to scramble back after the initial save to cover the ball.

There even seemed to be a bit of karma on the Cardinals’ side Wednesday. They won the coin toss and took the wind to start the game. By the second half, the wind had disappeared.

Fort Ann players collapsed into a giant dogpile near midfield after the final whistle. When it was time for awards, they collected the white patches of a champion for the first time ... as a soccer team, anyway.

“The purple patches kind of got boring,” Bailey said.

The Cardinals will take a roster led by seven seniors into state-level play. They are happy to have disposed of their status as the perennial runner-up.

“I think we felt a little bit of pressure,” Humiston said. “We’ve got a lot of seniors this year. I’m not saying this is the end, but this year needed to be our year to finish the deal.”

Brackets for Section II and VII playoffs will be updated nightly after all scores have come in.

Fort Ann players rush to get their hands on the plaque after beating New Lebanon 3-0 Wednesday to win the Class D title of the Section II Girls Soccer Tournament.

Fort Ann and New Lebanon players battle for a ball in the air during Wednesday's Class D final of the Section II Girls Soccer Tournament at Mechanicville.