SCHUYLERVILLE — Matt Conlin entered the game late, with less than a minute left in the first quarter Saturday.

Conlin, the Witches’ 5-foot-11, 240-pound monster of a tailback, had suffered a deep muscle bruise in last week’s semifinal and was a question mark all week.

Funny how a Section II football title makes those aches and pains go away quickly.

In two plays, Conlin put Greenwich in the end zone, and into the lead for good as the Witches rolled to a rain-soaked 31-7 Class D championship victory over Stillwater.

“I did a lot of icing over the week, I rubbed it out, I did everything I could to try to be good for today,” said Conlin, who trampled over and through the Warriors for 174 yards and two touchdowns on 20 carries. “I felt pretty good — when we were going, the adrenaline kicked in and everything started going away.”

“He’s next-level,” senior quarterback Jesse Kuzmich said. “To have him on the field just makes us that much more effective. On both sides of the ball, he’s a complete beast.”

The Witches, who improved to 10-0 with their 16th straight win, are scheduled to face Section I champion Tuckahoe (8-1) in the state quarterfinals, set for Friday at 7 p.m. at Mechanicville High School.

“Our offensive and defensive lines really came to play today, and then everybody else filled in and made things happen,” Greenwich head coach Brandon Linnett said. “Other than their one (touchdown) drive there, we kept a good offensive team in check.”

Most often, it was Conlin crashing through the middle, carrying defenders for several yards as he rumbled up the field. He had eight carries of 10 yards or more.

“We were physical today,” Linnett said. “Matt being healthy helped — I mean, he’s not 100 percent, but he gets us going with the inside stuff.”

“Our line is able to make great holes for us running backs, we have great receivers to help spread out the defense for us, it just makes our offense so much better,” Conlin said.

The teams traded 2-yard touchdown runs in the first quarter, with Aidan McPhail scoring for Greenwich and Jaxon Mueller for Stillwater.

When the Witches got the ball back, Kuzmich broke a 20-yard run to start a drive that was helped by two defensive penalties and Conlin’s two runs, the second an 11-yard touchdown run.

Kuzmich scored on a weaving, tackle-slipping 41-yard run for a 21-7 lead early in the second quarter. He finished with 90 yards on 11 rushes.

Parker Jamieson’s second interception set the Witches up deep in Stillwater territory, but a half-hour delay for thunder halted the game with 10:58 remaining.

Three plays after returning from the delay, Conlin rumbled 16 yards for the final score of the game.

The Warriors (7-2) were led by C.J. McNeil, who rushed for 115 yards on 24 carries, but never really got rolling on offense.

“We have relied this year upon our run game, but we also throw the ball to get them out of the box,” Stillwater head coach Ian Godfrey said. “And the fact of the matter, once it starts downpouring, you can’t throw and you’re in a lot of trouble.

“If we could have spread them out a little bit, get the ball on the perimeter, you know, maybe,” Godfrey added. “But at the end of the day, we were not gonna beat them up the middle — nobody has.”

And because of that, Greenwich is marching into the state playoffs for the first time since 2016.

“Everyone did their thing today, all around,” Kuzmich said. “Like I said at the beginning of the year, our versatility gets us through everything.”

Looking over at his teammates celebrating with the Section II championship plaque, Conlin smiled and said, “It feels amazing — everything we worked for is coming, it’s just great.”

Hoosick Falls beat North Salem 2-0 on Saturday to earn a spot in the state championship game.

Queensbury's season ended at the hands of Burnt Hills in the Class A championship game on Saturday night.

Witches power past Tuckahoe and into state semifinals

Schuylerville beat OFA on Saturday to earn a trip to the state football semifinals.

Queensbury plays for the Class A football crown on Saturday night at Shenendehowa.

Greenwich and Stillwater meet to decide the Class D football title on Saturday at Schuylerville. 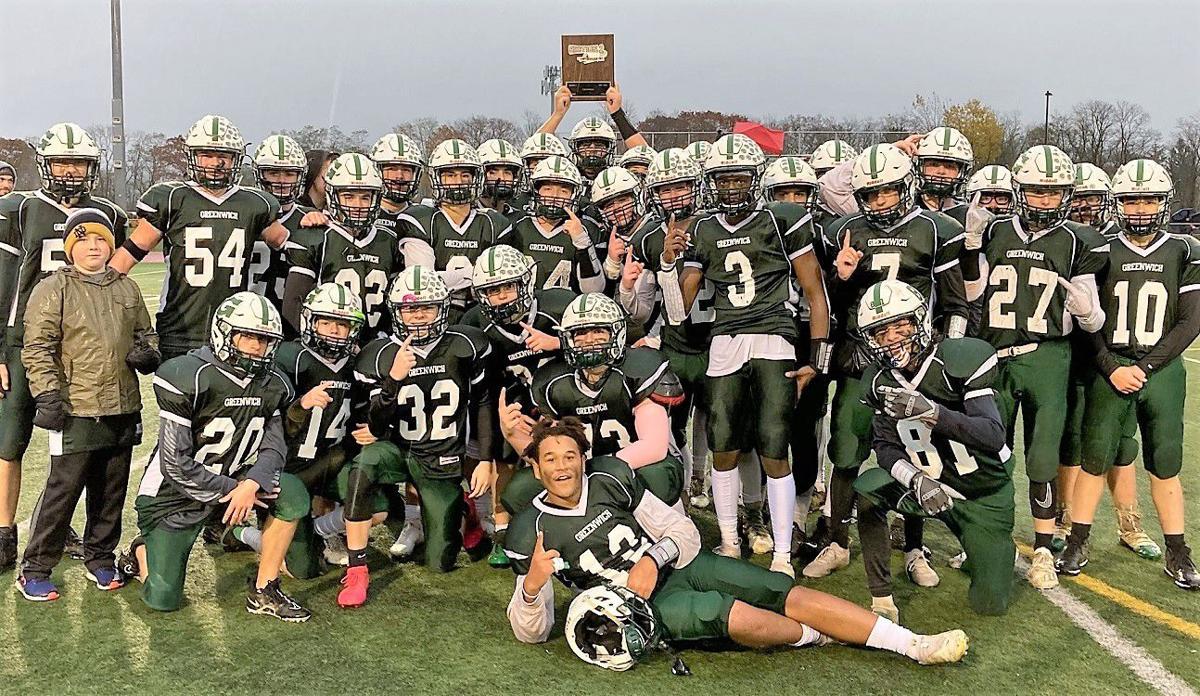 Greenwich players display the plaque after beating Stillwater to win the Class D title of the Section II Football Tournament on Saturday at Schuylerville. 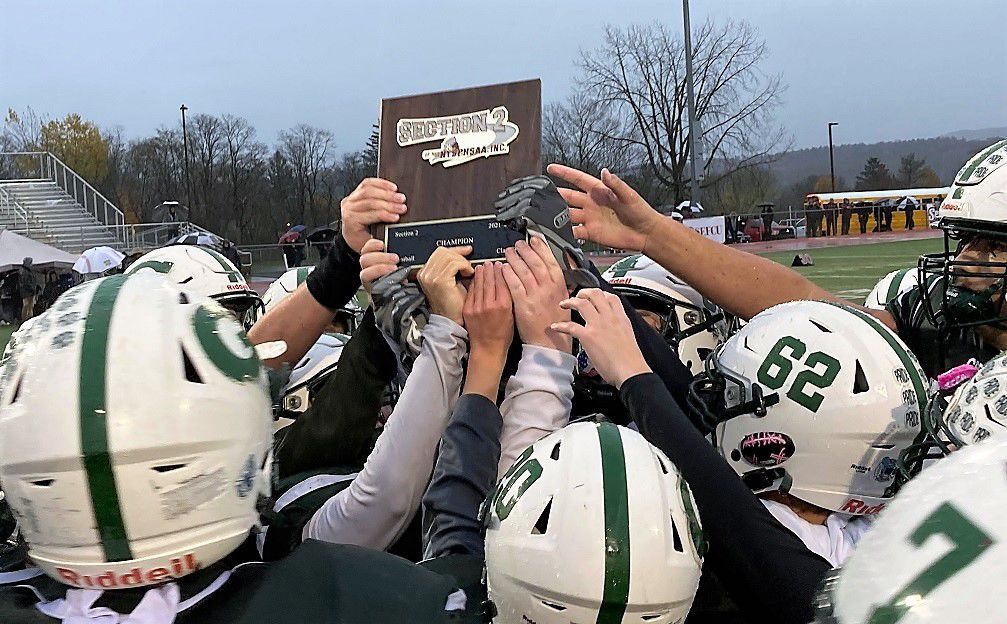 Greenwich players get their hands on the plaque after beating Stillwater to win the Class D title of the Section II Football Tournament on Saturday at Schuylerville.