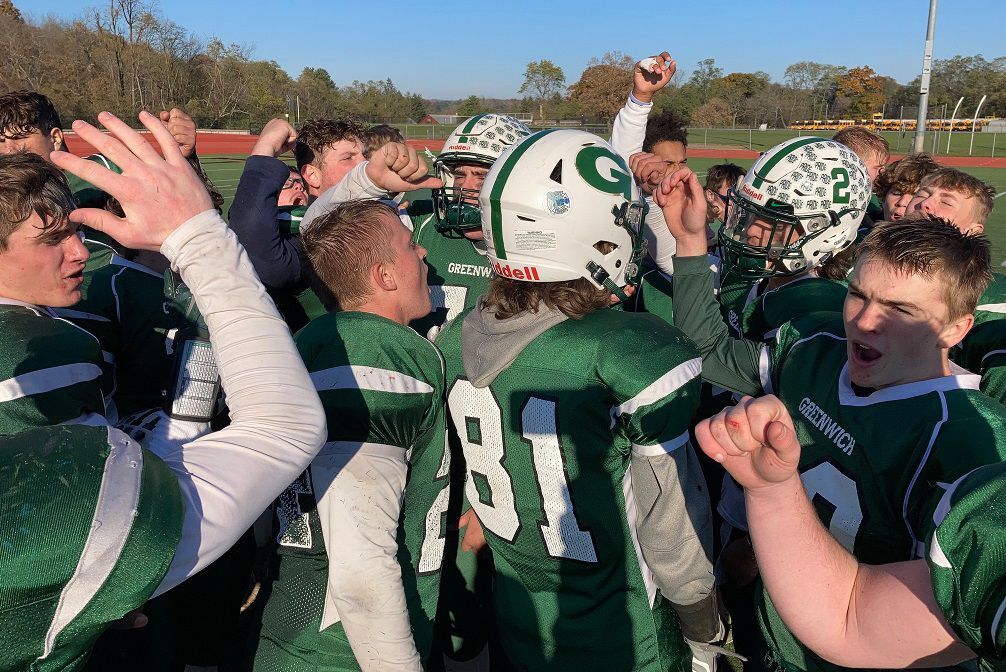 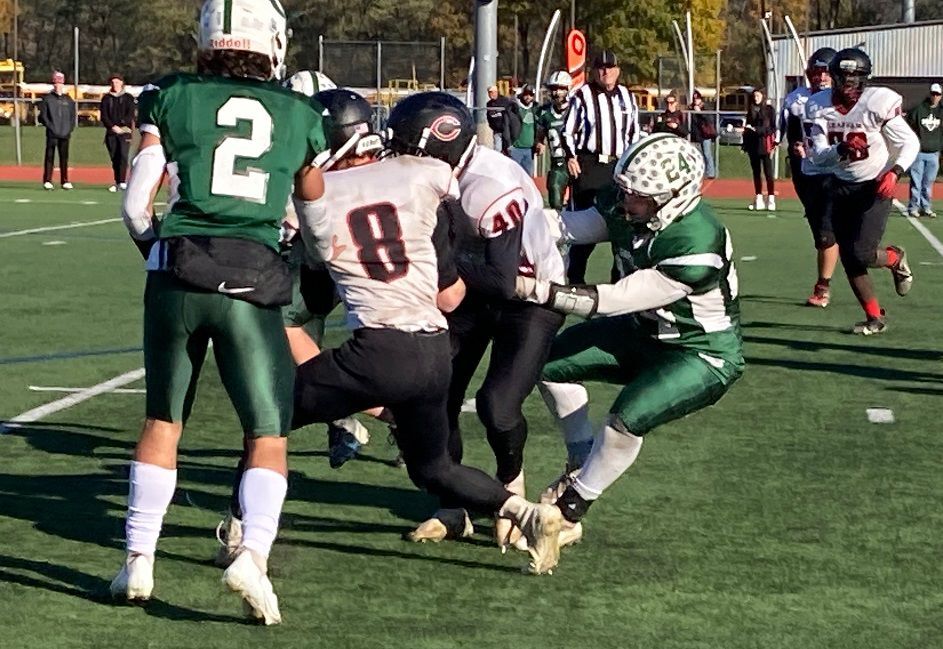 SCHUYLERVILLE — Perhaps a little deflated after their leading rusher and tackler went down with an injury Saturday, the Greenwich Witches needed a spark in the second half.

They got it from Colin Hughes, who sprinted 74 yards for a touchdown two minutes into the third quarter for a 34-6 lead over Chatham.

That propelled Greenwich on to a 48-20 victory in the Class D semifinals of the Section II Football Tournament. The Witches, who improved to 9-0 with their 15th straight win, face Stillwater in the championship game Saturday at 1 p.m. at Schuylerville.

Hughes and Jesse Kuzmich each rushed for two touchdowns to lead the Witches, who were the de facto Class D champs at 6-0 in last spring’s Fall II season.

“We’re a little beat up, we had a lot of guys out of place there in the second half, that’s for sure,” Greenwich head coach Brandon Linnett said. “But we scored 48 points — that’ll win a lot of football games.”

“We have a lot of people with bumps and bruises that they played through, which is huge,” senior lineman Ethan Banfield said. “We’ve got tough kids on this team.

“But this is what we worked for,” he added. “Keep moving forward from here.”

The Witches suffered a major loss midway through the second quarter, when two-way standout Matt Conlin suffered an injury to his side. The 5-foot-11, 240-pound sophomore, who had rushed for 56 yards and a touchdown, was hurt on a tackle and left the field slowly. He was taken to urgent care before halftime.

“I think our kids are concerned about him, sounds like it might be a whisker serious, we’ll find out,” Linnett said. “We had a hard time refocusing, they’re worried about him, they love him. But we did enough scoring and played enough defense to get the win.”

“He’s our running back/middle linebacker — he’s only a sophomore but he’s an absolute beast,” said Kuzmich, the Witches’ senior quarterback, who rushed for 129 yards on 10 carries. “With Matthew down, we needed kids to step up and they did.”

Deontae Bennett scored on an option pitch from Kuzmich for a 6-yard touchdown, and Kuzmich popped loose for a 72-yard scoring run in the first quarter.

Conlin’s 3-yard touchdown run on the first play of the second quarter gave Greenwich a 21-0 lead.

After he was hurt, the Witches turned the ball over a couple of times, despite adding a score for a 28-6 halftime lead. Kuzmich completed only 6 of 15 passes for 82 yards and an interception, as he came under heavy pressure from the Chatham defense.

“We didn’t throw as much as we would like,” Linnett said. “They brought a lot of pressure, so we had to adjust and do more with the run game, some quick-hit stuff.”

Hughes’ long touchdown run, therefore, came at a good time for the Witches.

“That was huge with Matthew down,” Kuzmich said. “Just people stepping up, that’s really what it was.”

Hughes and Aidan McPhail added short scoring runs in the second half to complete Greenwich’s scoring.

The Witches defense did a solid job of containing Chatham quarterback Tyler Kneller, a slippery scrambler and strong passer who rushed for 82 yards and two touchdowns. Kneller completed 12 of 20 passes for 176 yards and a touchdown, but Greenwich picked him off four times.

“The quarterback’s mobile — he was a threat from the beginning, we knew that,” Banfield said. “We just had to hold our ground and make sure he didn’t get in space.”

“We were sloppy at times, uninspired at times,” Linnett said. “We talked about it, we’ll see what happens. We’re on to next week, that’s what matters.”

Glens Falls' football season ended with a loss to Ravena in the Section II semifinals on Saturday.

Greenwich and Stillwater meet to decide the Class D football title on Saturday at Schuylerville.

The Glens Falls football team should be intimately familiar by now with those other Indians, the ones from Ravena.

The Queensbury Spartans scored a wild 48-35 victory over Averill Park on Friday night to earn a spot in the Class A championship game.

Cambridge-Salem cruises past Watervliet in finale

Cambridge-Salem finished off its football season with a 61-22 crossover victory over Watervliet on Thursday night.