CAMBRIDGE — They won’t have a chance to defend their 2-year-old state title. The Cambridge Indians will have to settle for a patchwork 9-0 season.

After winter sports was approved by Washington County late in the winter, Cambridge wove together a season with unusual opponents. Along with Greenwich, Hoosick Falls and Tamarac of the Wasaren League, the Indians have faced Norwich (of Section IV), Troy (a Class A team), Hudson Falls (a Foothills Council team) and Duanesburg (of the Western Athletic Conference).

Cambridge prevailed in all of those games. The Indians, who won the Class C title the last time the state tournament was played in 2019, probably would have been a state-level contender had the season gone off as normal this winter.

Greenwich has been one of their tougher opponents this season, and Cambridge was leading only by a point at halftime of Saturday’s game. The Indians pulled away with a 27-6 third quarter.

Molly Brophy (15 points) and Norah Niesz (12) were the leaders for Greenwich. The Witches’ only three losses came against Cambridge.

Hartford beat Argyle in a close game on Friday to finish on top of the Washington County girls basketball league.

Cambridge jumped out to a big early lead on the way to a victory over Hudson Falls on Wednesday. 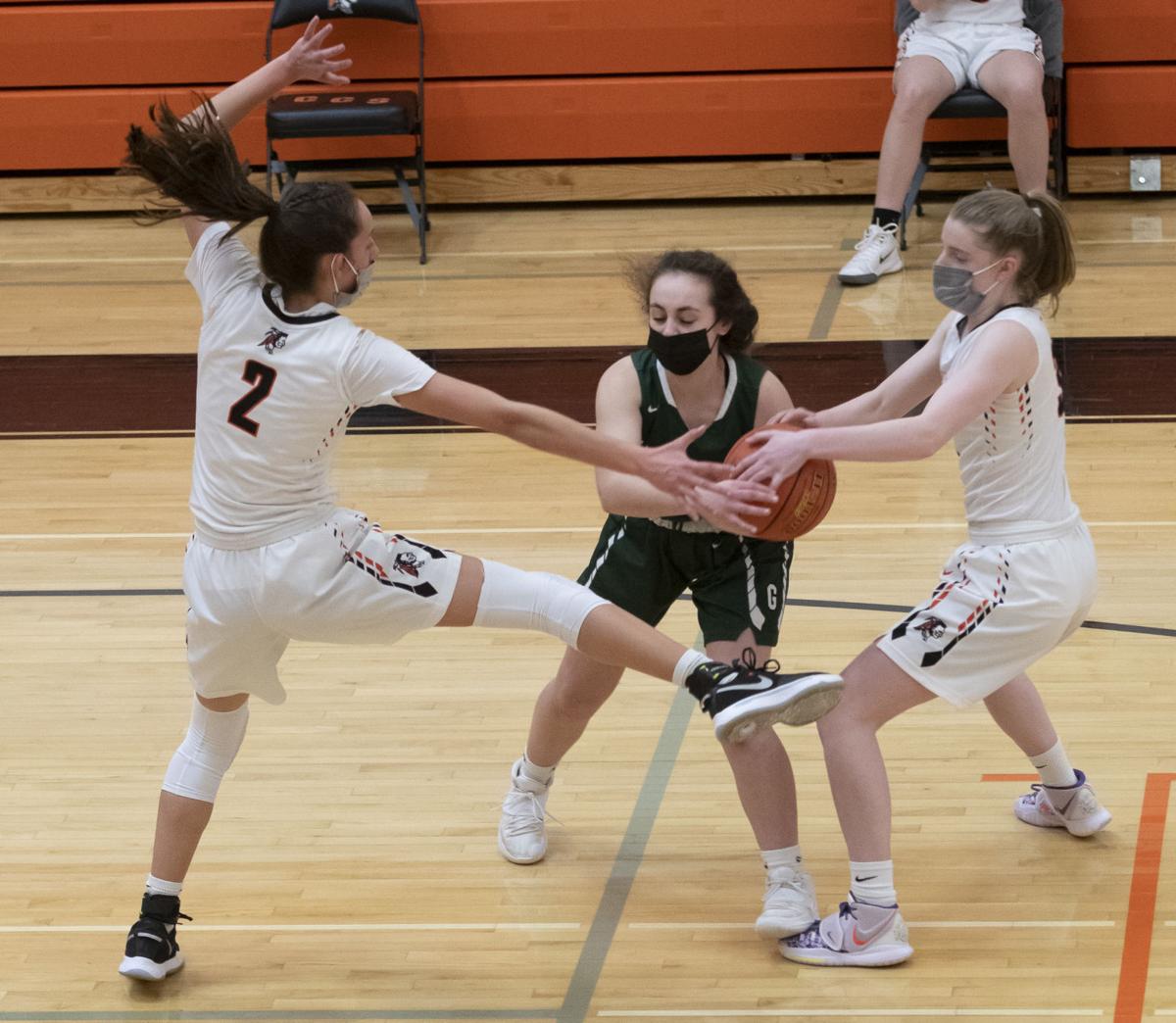 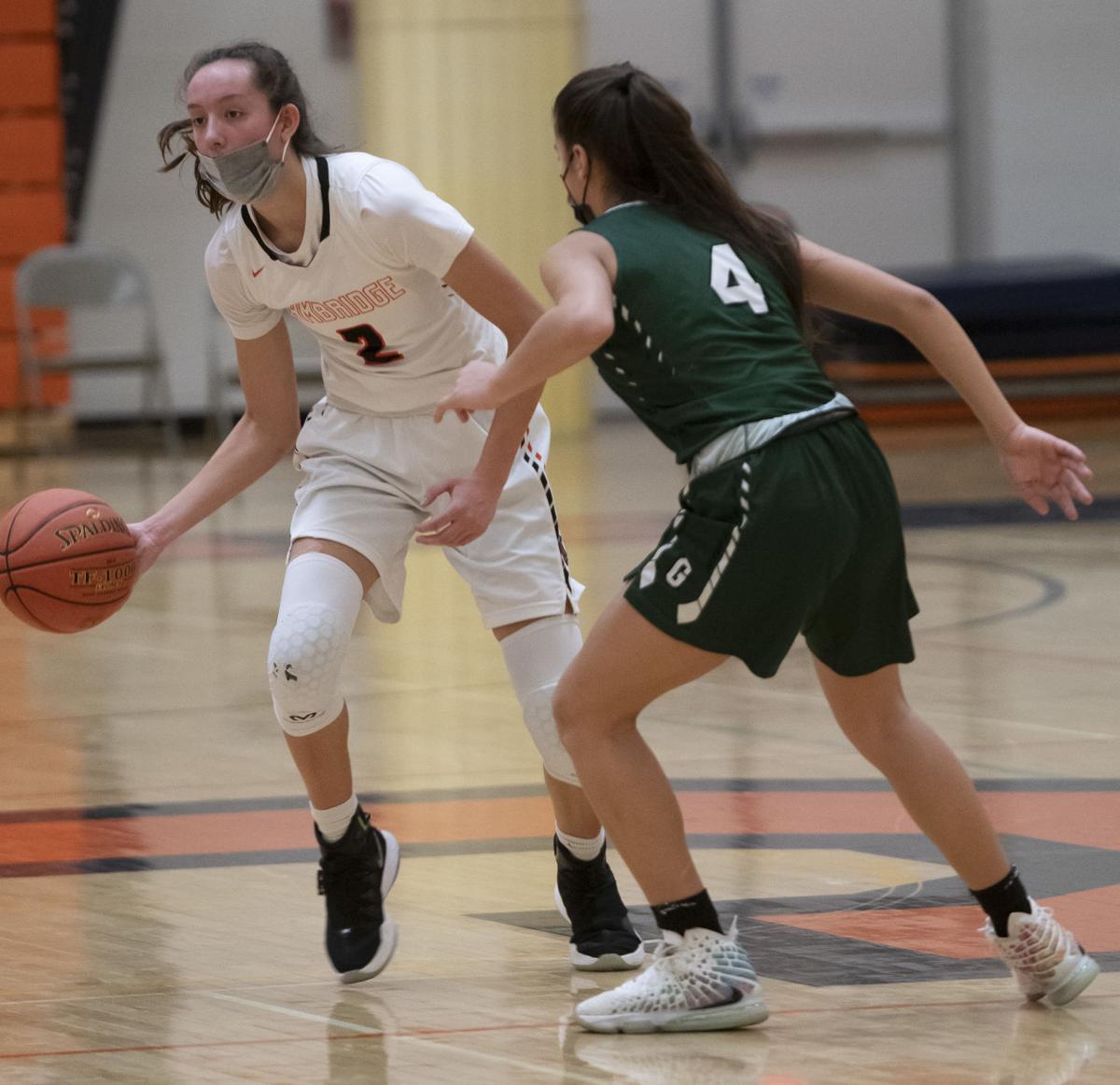 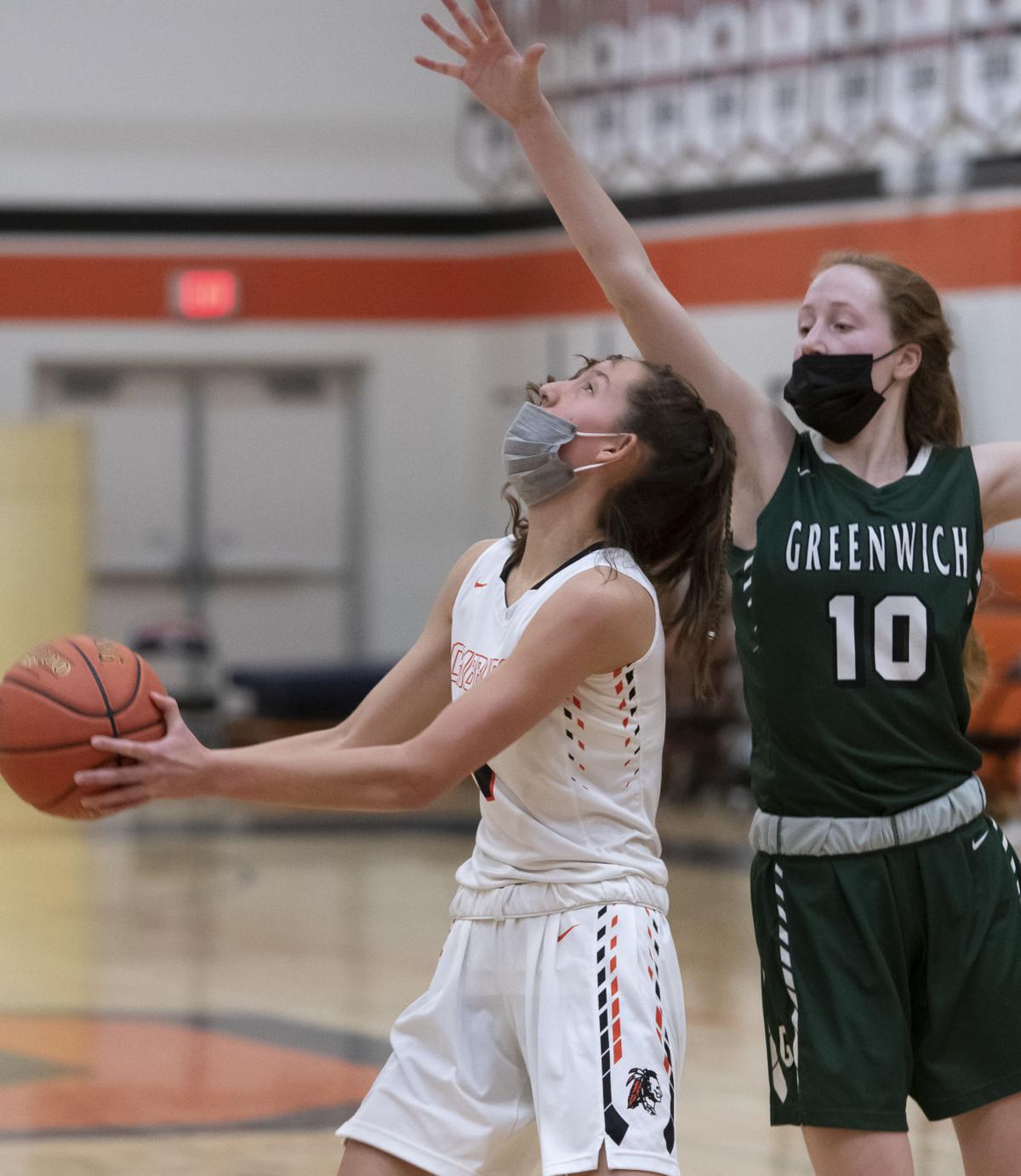 Cambridge's Lilly Phillips attempts to shoot the ball while Greenwich's Molly Brophy defends during a girls basketball game on Saturday in Cambridge. 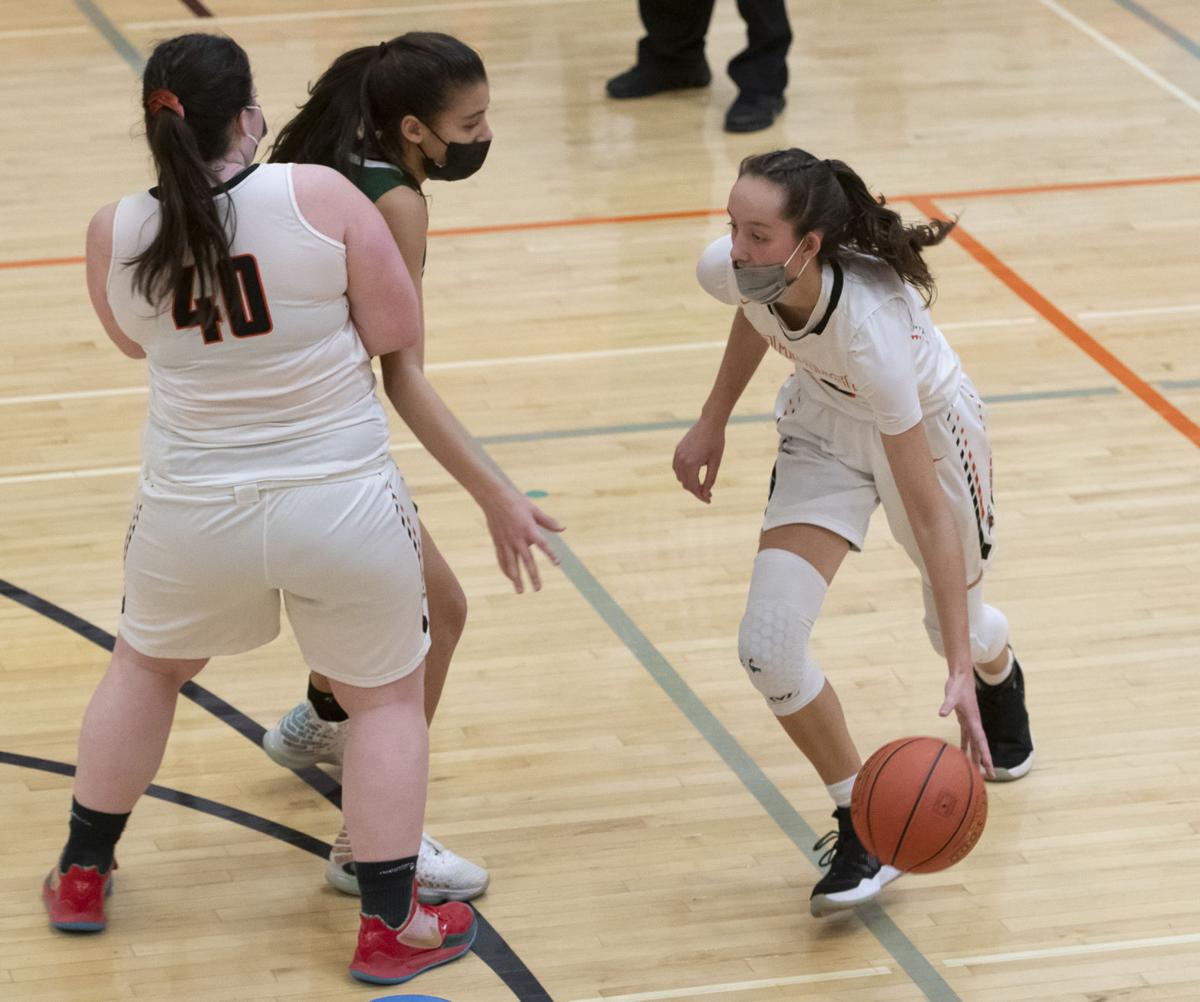 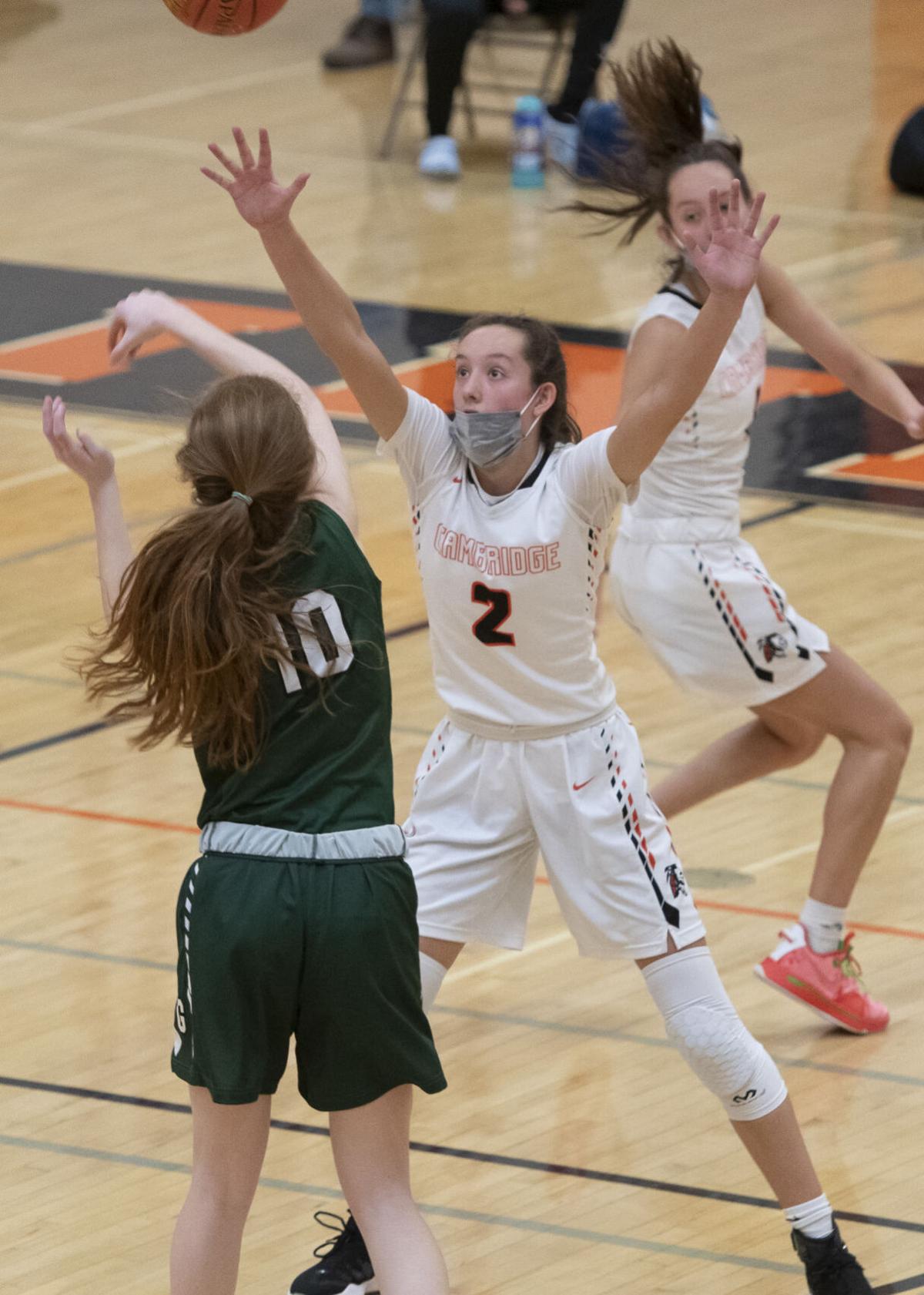