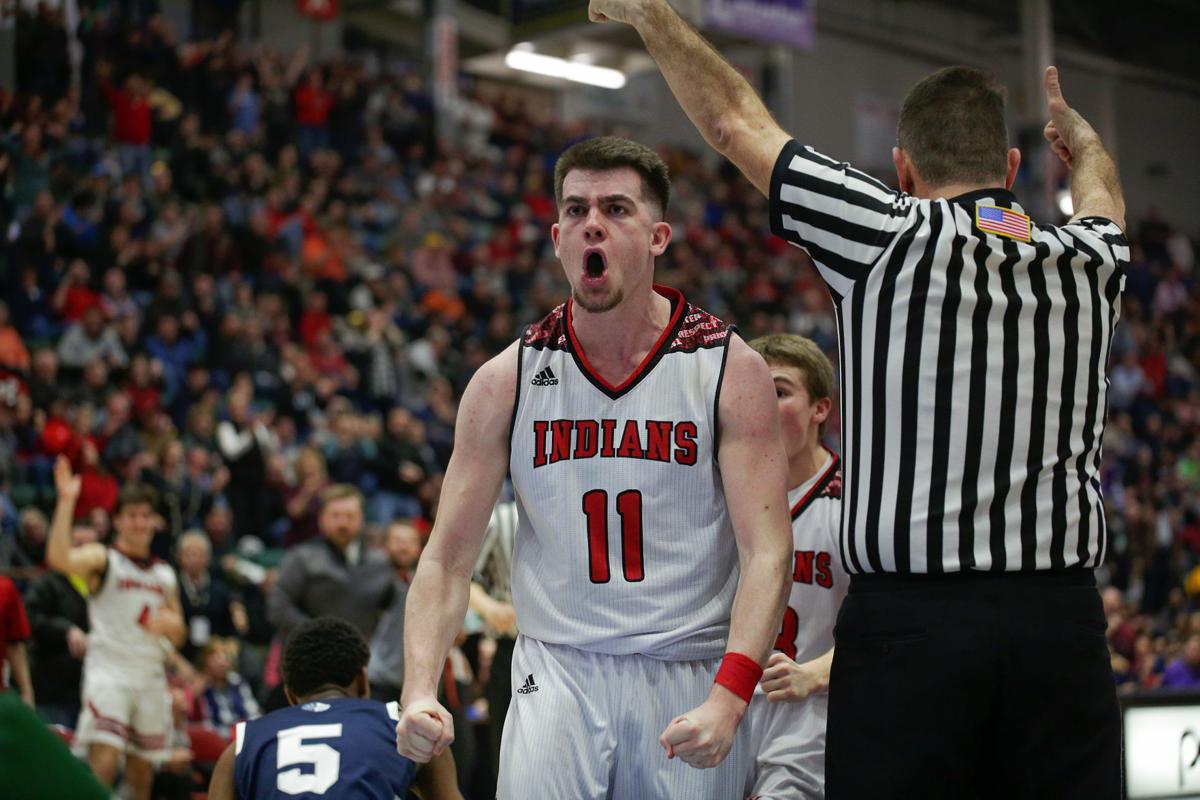 Glens Falls' Joseph Girard III, shown during the closing moments of the Federation Tournament Class B semifinals in March, wrapped up his high school career on a championship note before heading off to Syracuse University. 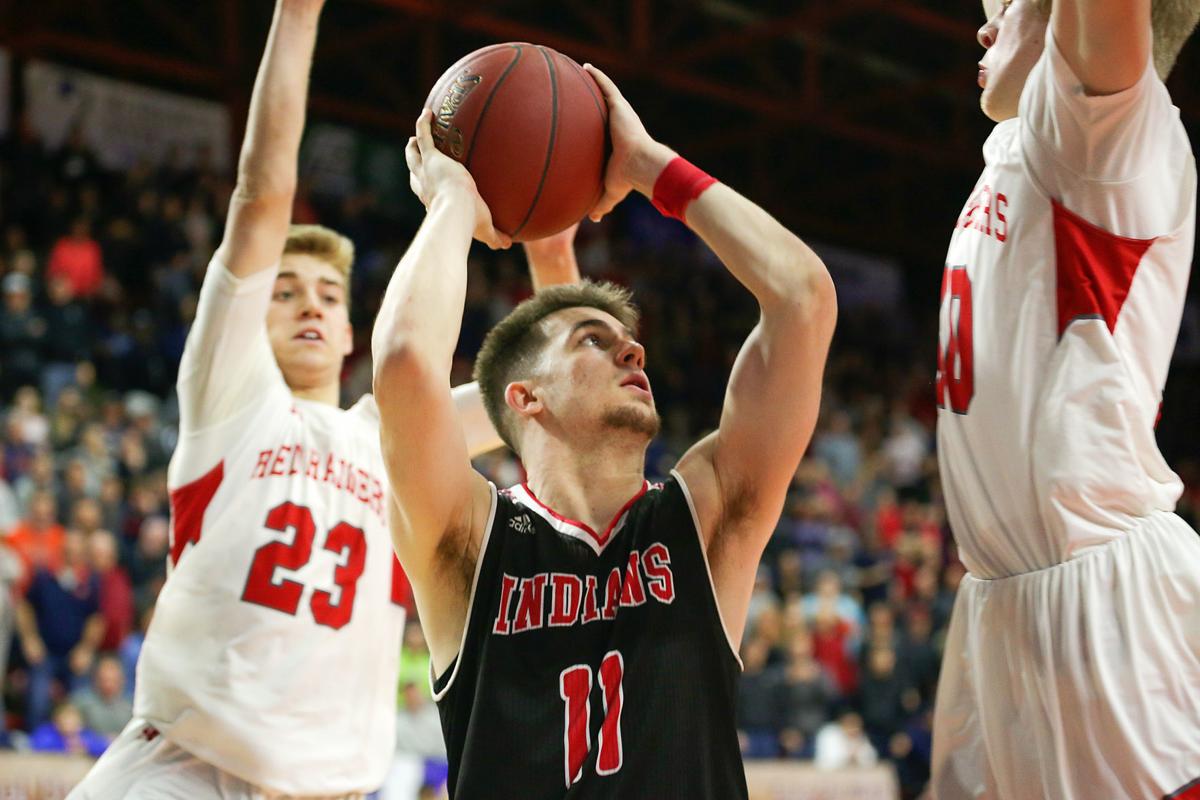 Glens Falls’ Joseph Girard III (11) drives to the basket for the game-winning shot in overtime that ended the Class B final of the State Boys Basketball Tournament in Binghamton last March.

Joseph Girard III was a must-watch sports phenomenon before 2019 ever dawned. But he exceeded even the sky-high hopes and expectations of Glens Falls High School fans.

Coming off a fall when he led the Indians to their second state football championship in three years, Girard took the boys basketball team to their first-ever state and Federation titles, before heading off to Syracuse University.

JG3 Mania took on a life of its own, even as Girard’s high school sports career wound down. Already the all-time scoring leader in the history of New York state, he still had more records to set.

On Jan. 27, Girard reached the 4,000-point milestone in a hard-fought 78-74 win over Amsterdam, in which he scored 52 points at Cool Insuring Arena. Two weeks later, he set a new Section II single-game scoring record with an incredible 69 points in a tight win over Schuylerville, shattering a 55-year-old mark. He scored 66 points in a sectional semifinal win over Watervliet.

Girard made more magic happen in the state finals in Binghamton. He sent the title game into overtime with a 3-pointer, then scored a win-or-lose layup at the buzzer for a 75-74 double-OT win over Lowville. He had scored 50 points to send the Indians back to Glens Falls for the Federation Tournament.

On March 23, crowds extended around the Cool Insuring Arena and down Oakland Avenue to see Girard’s penultimate high school basketball game. Nearly 6,000 fans jammed the arena to watch the Indians pull out a 77-70 semifinal win in OT over South Bronx Prep.

That set the stage for a storybook finish for the Indians the next day, as Glens Falls pulled away for an 88-79 win over Cardinal O’Hara, capping off a historic 29-1 season for the Indians. Girard finished his high school career with an incredible 4,763 points.

Then, he was off to Syracuse University, prompting a surge in local interest in the Orange. He spent the summer at his new school, including a four-game exhibition trip to Italy, then returned home for a workout with former Glens Falls star Jimmer Fredette.

Since then, Girard has earned the starting job at point guard and has been improving his game at the major-college level.

Glens Falls' Joseph Girard III made a no-look trick shot this weekend as part of a fundraiser for the Jim and Juli Boeheim Foundation.

Want to watch JG3 play with Syracuse? He's all over the TV screens at local businesses.

GLENS FALLS — Joseph Girard III appreciates any chance he can get to improve his game.

The fans were gone, and the silence was jarring.

Glens Falls' Joseph Girard III, shown during the closing moments of the Federation Tournament Class B semifinals in March, wrapped up his high school career on a championship note before heading off to Syracuse University.

Glens Falls’ Joseph Girard III (11) drives to the basket for the game-winning shot in overtime that ended the Class B final of the State Boys Basketball Tournament in Binghamton last March.