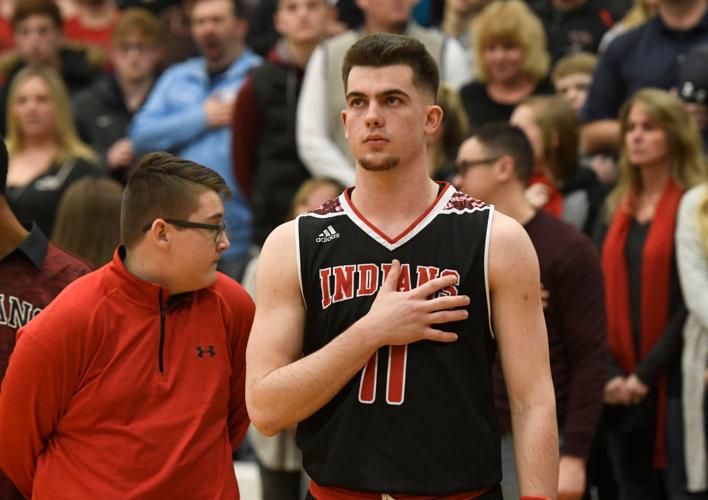 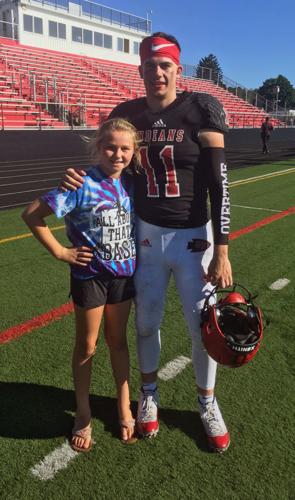 The end is not near. It is here.

And I’m so thankful I’ve been along for this ride.

With the Section II Boys Basketball Tournament play-in games already completed, Joseph Girard III and Glens Falls are in win-or-go-home mode, like everyone else.

No matter the Indians’ outcome in the Section II tournament, regionals or states, it won’t affect Girard’s legacy.

Outside of these upcoming handful of games, his high school athletic story is essentially written.

He is a Glens Falls, 518, and simply, a New York State high school sports legend, for many reasons other than all he’s accomplished on the field or court.

Sure, he has all the stats and records to back up his legendary status, but Girard also holds a 91 average in school, is a leader in his community, and if you haven’t heard, he’ll be a student-athlete at Syracuse next year.

How do I know he’s more than just an athlete?

On a random Friday night in September, Girard, then quarterback of the Indians, and friend/teammate Thompson Collins decided to make a special stop before attending their football team dinner.

Unannounced to anyone, Girard pulled into the driveway of Allison Wolfstich, Glens Falls High School’s psychologist.

Inside the Wolfstich home, Allison’s daughter Sarah was hosting her 11th birthday party.

Weeks prior, Sarah had begged her mom for permission to invite the standout senior. A request Allison laughed off as a middle school girl’s wishful thinking.

But Girard had caught wind of young Sarah’s hopes through a mutual friend and decided to surprise the sixth grader and her 12 friends.

Upon Girard’s arrival, Sarah and her classmates went nuts.

Not only did Joseph and Collins drop by, but Allison said the two stayed long enough to take pictures, play games and belt “Sweet Caroline” via karaoke.

“Sarah’s face was flushed. All the little girls were grinning and just so excited,” Wolfstich said of Girard’s arrival. “He made her feel special. And it meant so much that he would take the time to come over and be there for Sarah and the kids.”

There were no media cameras, no Instagram or Twitter posts and no attention drawn. Instead, it was a private night Girard took to create a moment Allison said her daughter will cherish forever.

“I do not think people always see those qualities in him because they just see the athlete, and I think he is a lot more than that,” she added. “And a lot of people forget that he is still a kid. A kid that is doing an incredible job managing everything that has been thrown at him.”

I know the majority don’t, but there are a spiteful few who muddied up comment sections and Twitter feeds.

Some were heard in the stands at road games, spewing venom about a boy who is simply chasing a dream.

Some of you grown folks should be embarrassed.

There are adults all over this country without the self-awareness, composure and emotional intelligence that this 18-year old version of Joseph Girard III possesses.

It’s a testament to his parents, grandparents, cousins, coaches and friends.

But let’s give Joseph some credit too for the man he is becoming.

He had every opportunity to crack. But he never got in trouble, on or off the court, despite having a spotlight, both local and national, shining brighter than most understand.

His 36,800 followers on Instagram — which is 4,500 more followers than Syracuse’s leading scorer Tyus Battle — prove that.

More importantly, he never responded to a single cheap shot fired from a coward behind their keyboard, because his mom and dad taught him better.

Trust me, I know Dad would’ve liked to say a thing or two in defense of his only son, but the Girards are scheming chess while everyone else is playing checkers.

The only time Joseph ever publicly snapped was after winning his second state football title and he deserved every minute of that helmet-popping moment.

And that’s because, between the lines, he flips the switch.

You all know the numbers.

I’ve heard every rebuttal to discredit his accolades.

If Girard’s feeding grounds are considered a small pond, then JG3 is much more than a big fish. He is a great white shark.

All things considered, what else is left for him to prove? How would a state basketball ring really change his legacy?

I don’t think it would.

Sure, it would be the cherry on top of the greatest Glens Falls athletic cake ever.

But he doesn’t need it. Although, good luck convincing him of that.

So, as Girard prepares to orchestrate one final storybook ending, cheer for him or root against him, he can handle it either way.

But whatever you do, do not take him for granted.

And I know many of you haven’t either. It is clear what away gyms look like when Girard is playing, compared to when he is not there.

Also, it is obvious he loves you all too from the way he shook every hand, posed for every picture and signed any item handed to him.

Not to mention the fact he “stayed home,” choosing the Orange.

There is so much mutual love between Girard, Glens Falls, the entire Foothill Council and Section II.

Therefore, if this ends without Girard and the Indians as the last team standing, then I challenge fans to continue celebrating his accomplishments & whispering his defeats, rather than the other way around.

COLUMN: No place I'd rather be than in the balcony for a Glens Falls game

The best thing about going to a Glens Falls basketball game is sitting in the balcony.

IOC to allow Russian athletes to compete In 2024 Olympics

This Day in History: First Winter Olympics take place in the French Alps

This Day in History: First Winter Olympics take place in the French Alps