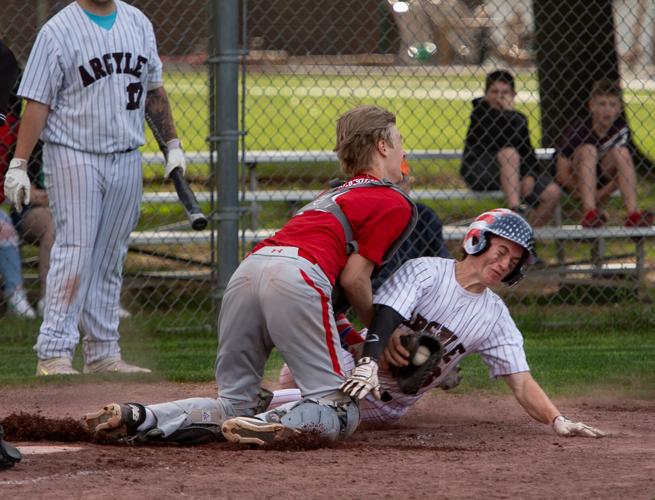 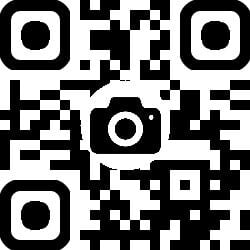 VIEW: To see more photos from Monday's Argyle/Fort Ann baseball game, point your smartphone camera at the QR code, then tap the link.

SARATOGA SPRINGS — A strong performance on the mound and a fourth-inning rally has Fort Ann back in a championship game.

Callon Sutliff pitched a complete-game five-hitter as the Cardinals beat Argyle 5-1 in a Class D semifinal of the Section II Baseball Tournament on Monday. The Cardinals will play for the title on Saturday against top-seeded Germantown at Joe Bruno Stadium (4 p.m.).

Fort Ann has won 13 sectional baseball titles, though none since 2017. The Cards lost to Germantown 2-1 in last year’s final.

Fort Ann scored all of its runs in the fourth inning, when 11 batters came to the plate. That was enough to support Sutliff, a junior who had a good curveball and got through the game with 83 pitches.

Sutliff had faced one batter over the minimum going into the seventh. Argyle loaded the bases, but Sutliff got out of it with a pop-up and a strikeout.

The Scots scored their run in the fifth when Lucas Kingsley doubled and scored on a Shea Squires bad-hop single, but any rally was snuffed out when a line drive back to Sutliff turned into a double play.

“I’ve got to give (Argyle) credit,” West said. “They had a great run. They played really clean defensively the other night when they beat OESJ. Carson (Bartow, Argyle’s starting pitcher), he battled the whole game. We had some guys on, we had some traffic and we weren’t able to come up with the big hit, but he made some great pitches and got out of it, too.”

The Cardinals’ fourth-inning rally started with one out. Sutliff singled, Garrett Brown reached on an error and Dakota Winch walked to load the bases. No. 9 hitter Hunter Charpentier was down two strikes in the count, but got a run home on an infield single.

“He batted .400 for us this year,” West said. “He’s on base all the time; he hits the ball to all fields. He pulled the ball (in the fourth inning) down to the right-field corner, and then the next at-bat he lined a singled to left field. He’s dangerous in that way, because he can use the whole field when he’s locked in.”

A season that didn’t look like much at the start will have Fort Ann back in a familiar place — playing for a title.

“We were off to a rough start in the beginning” Sutliff said, “but we’ve picked up and we’re playing how we should be now.” 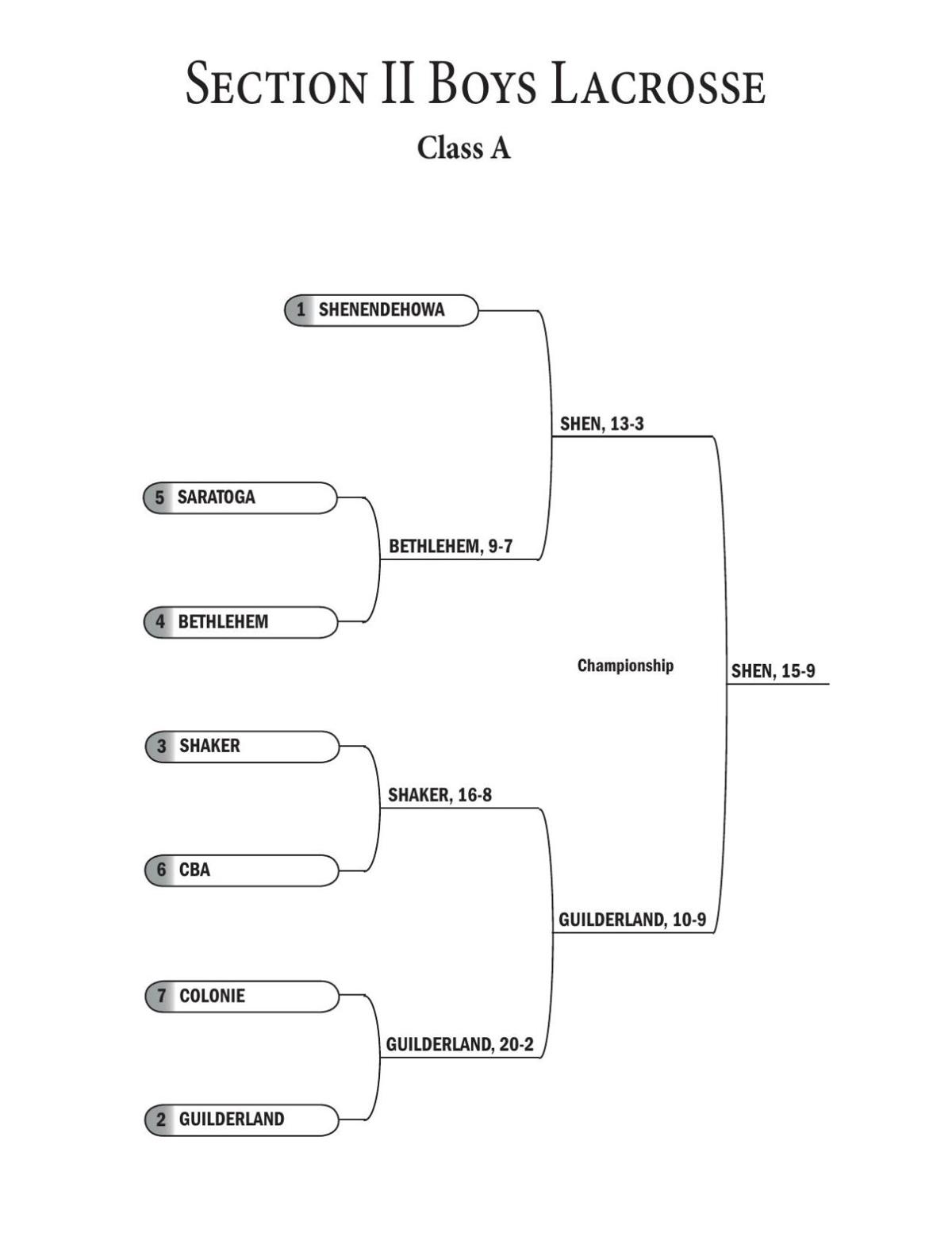 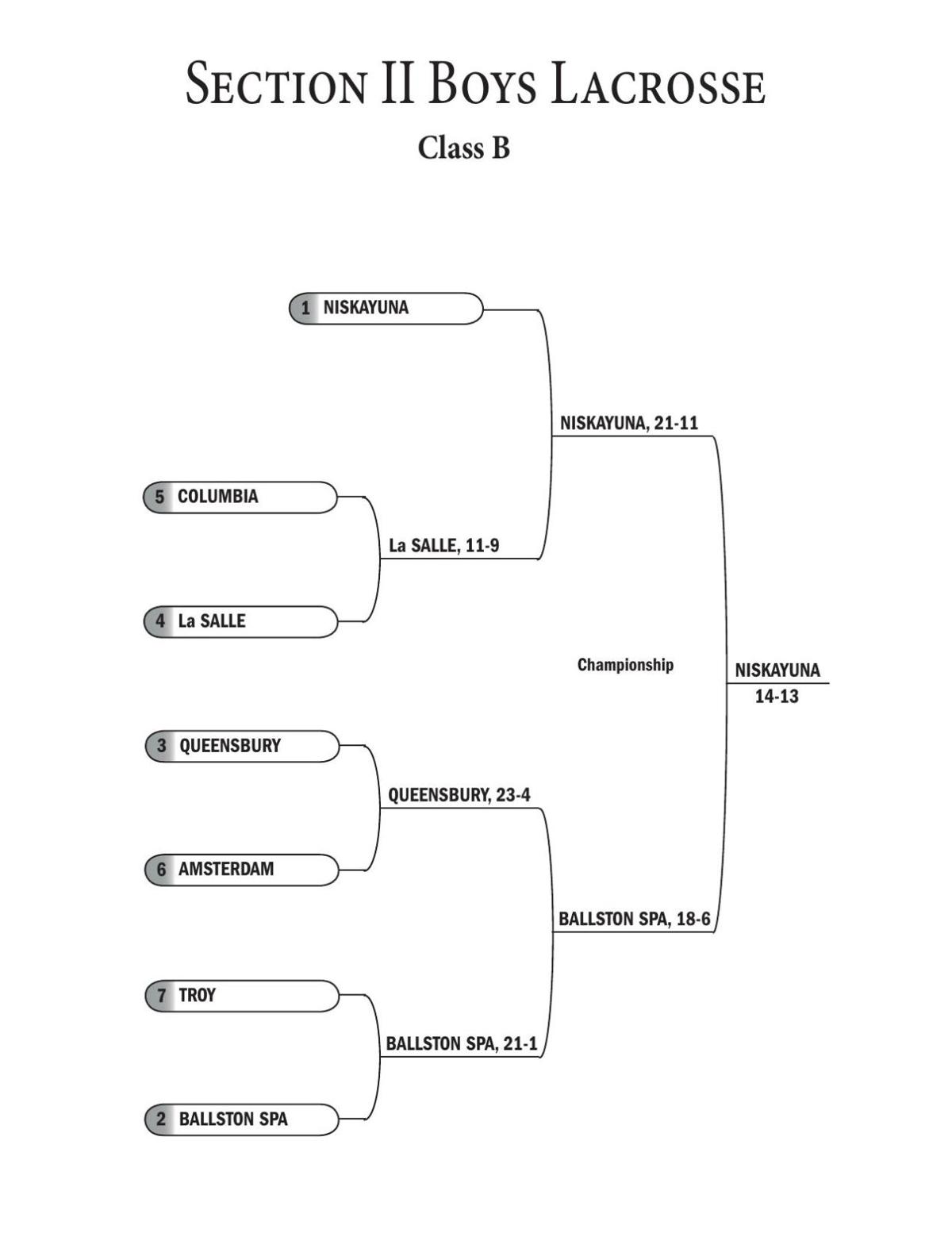 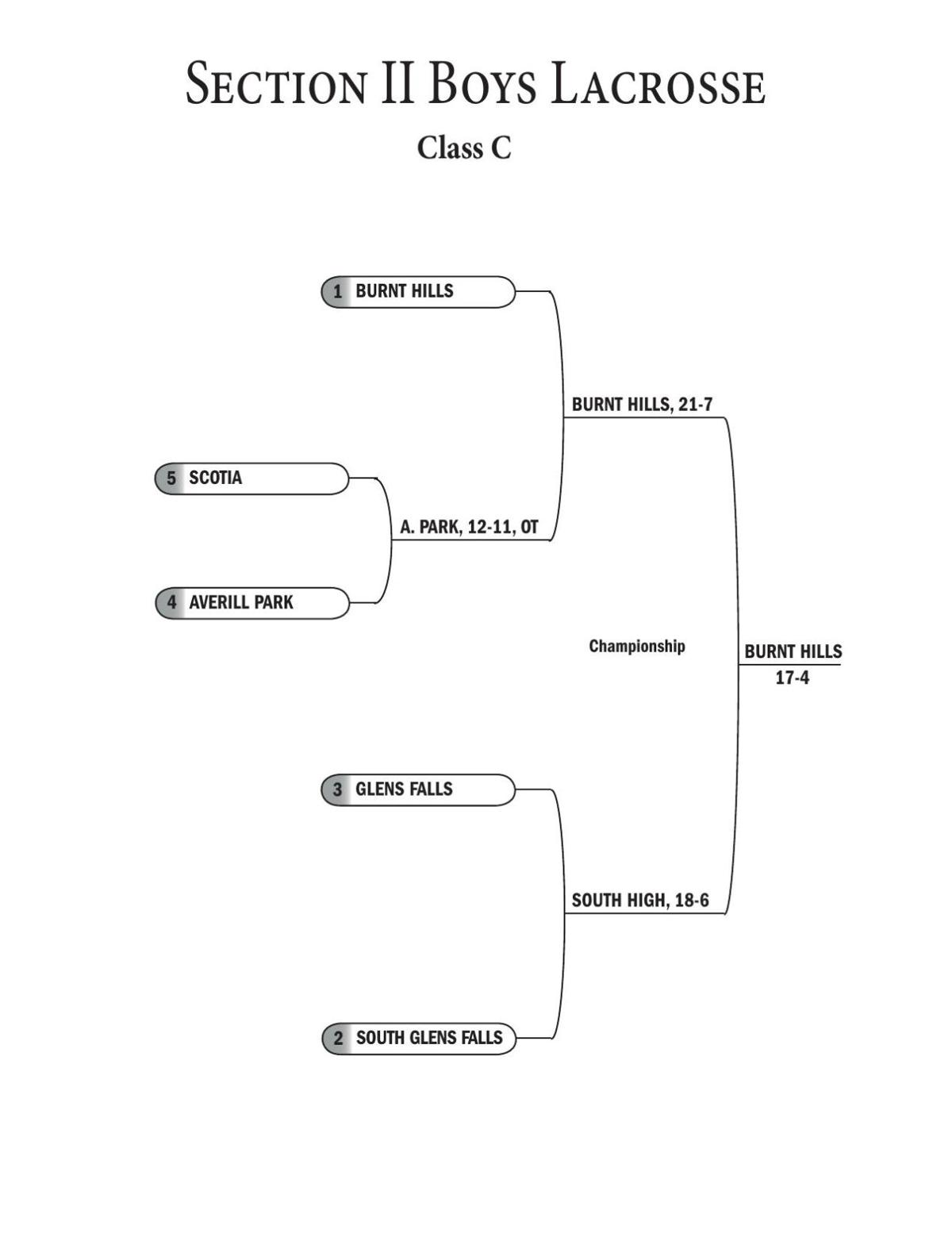 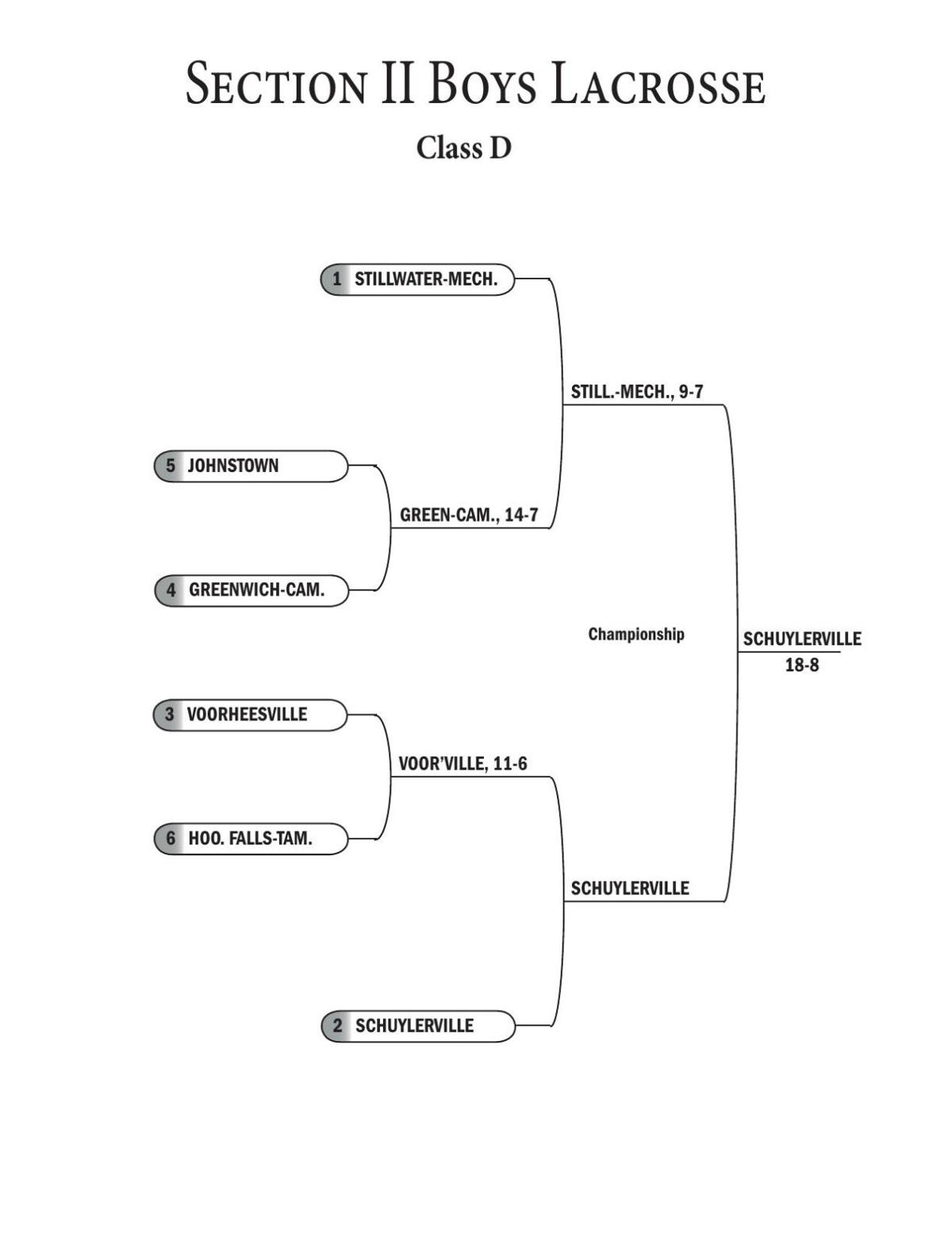 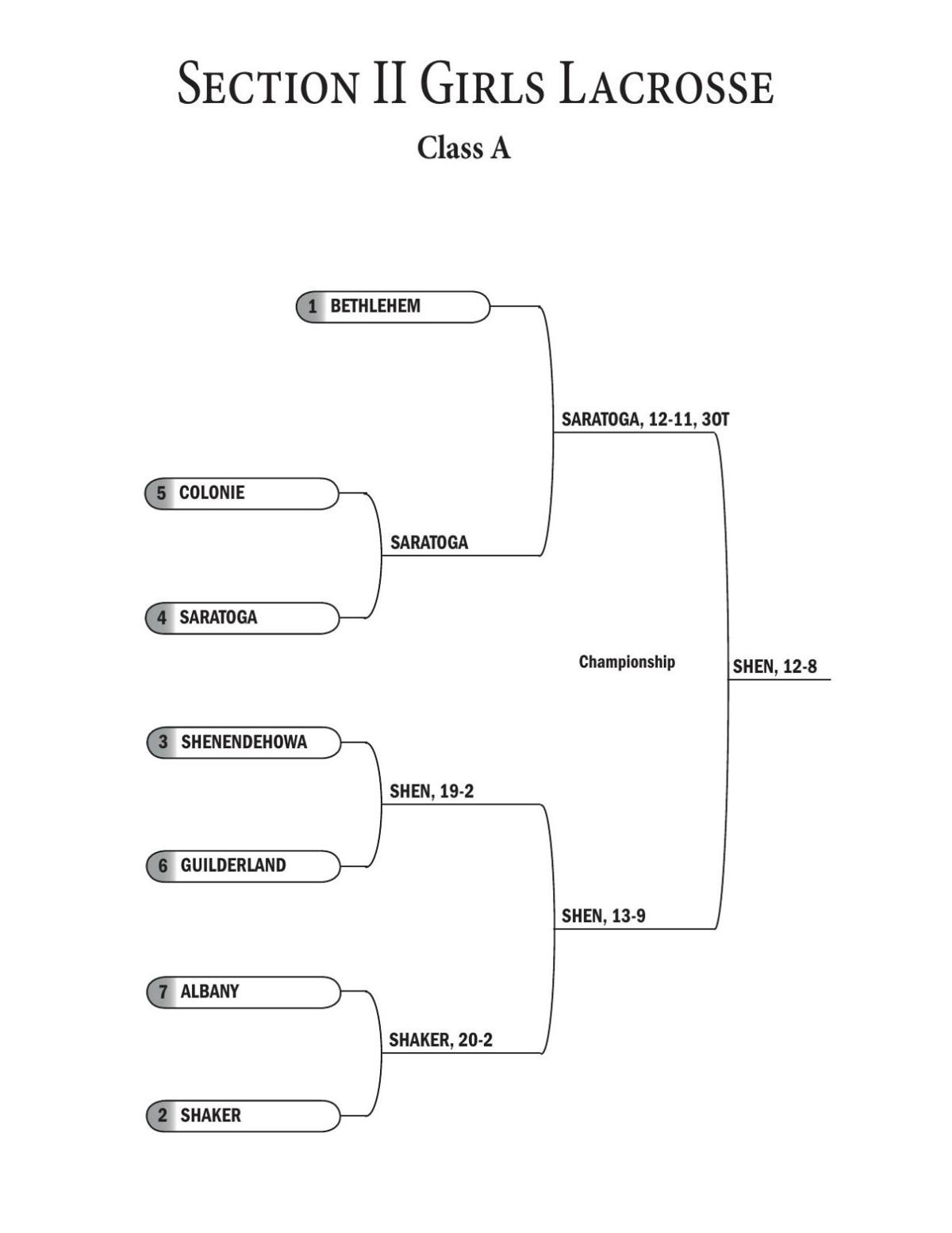 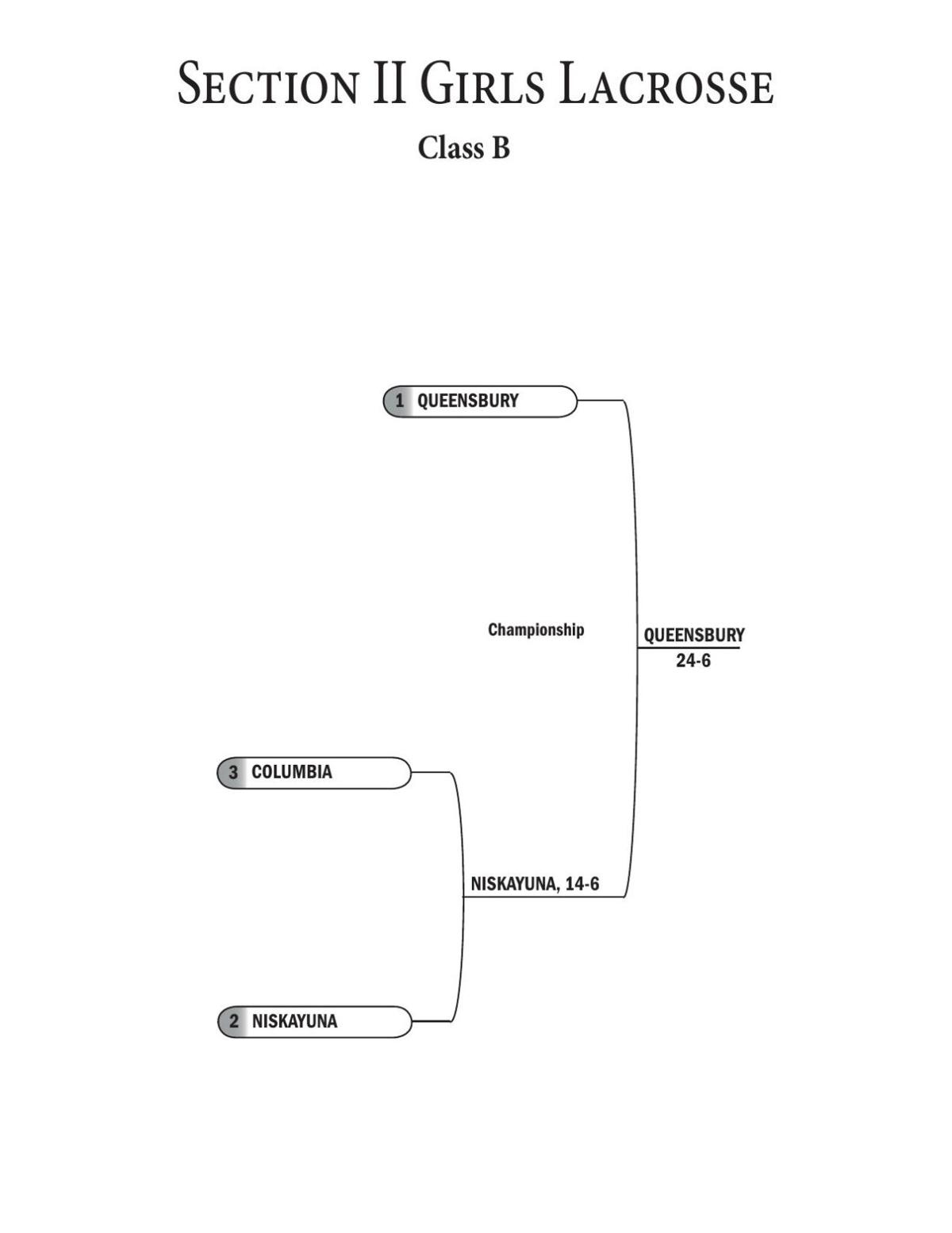 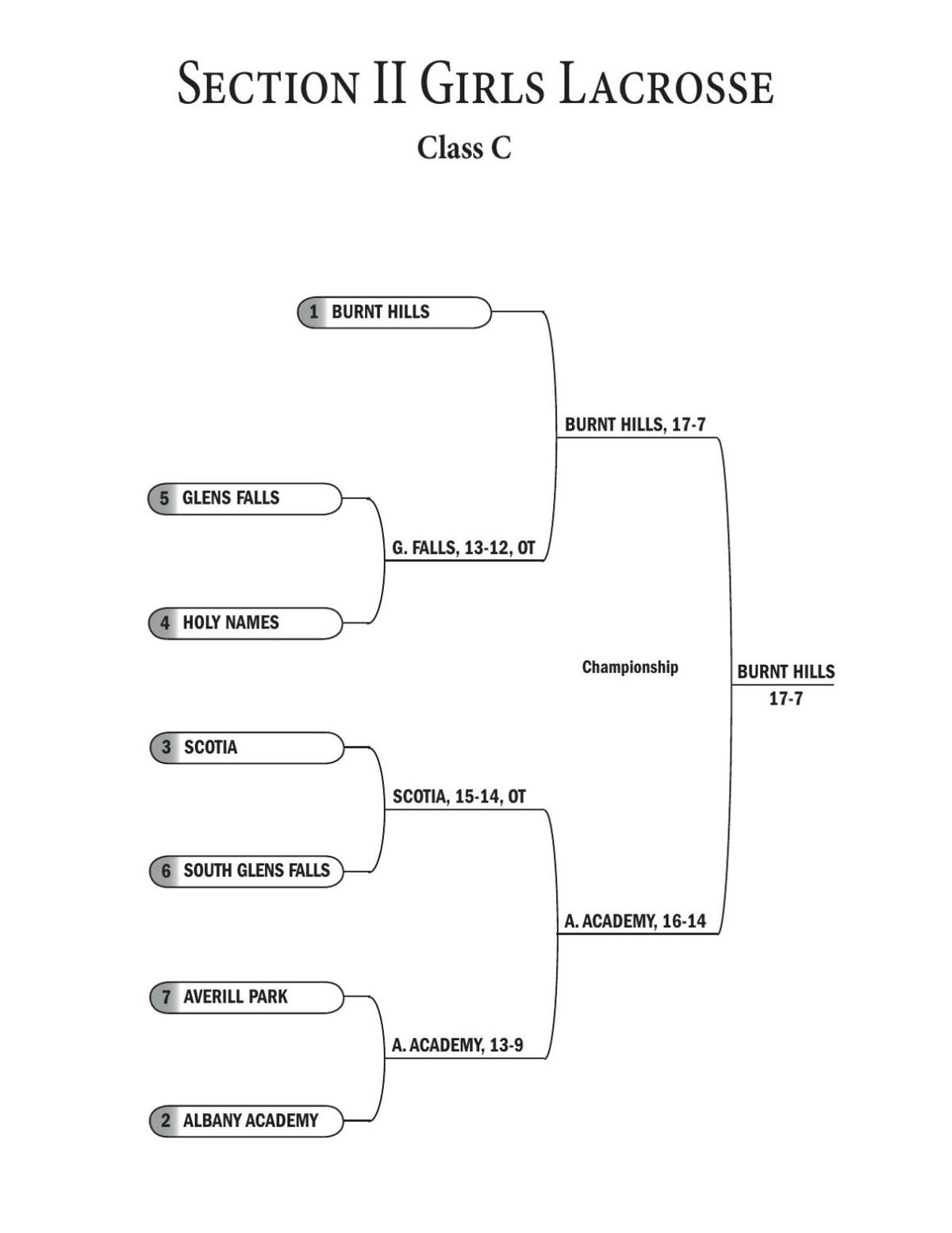 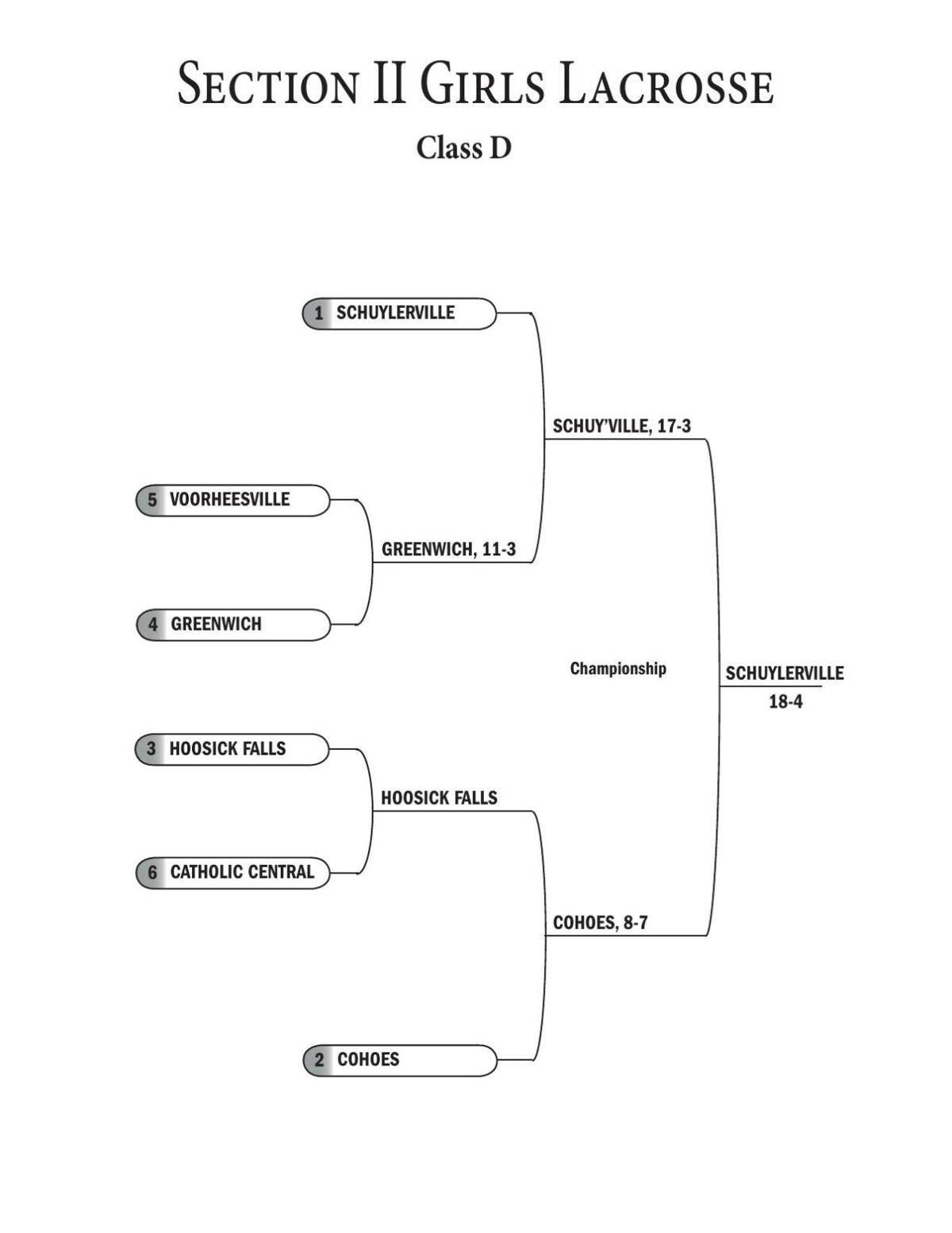 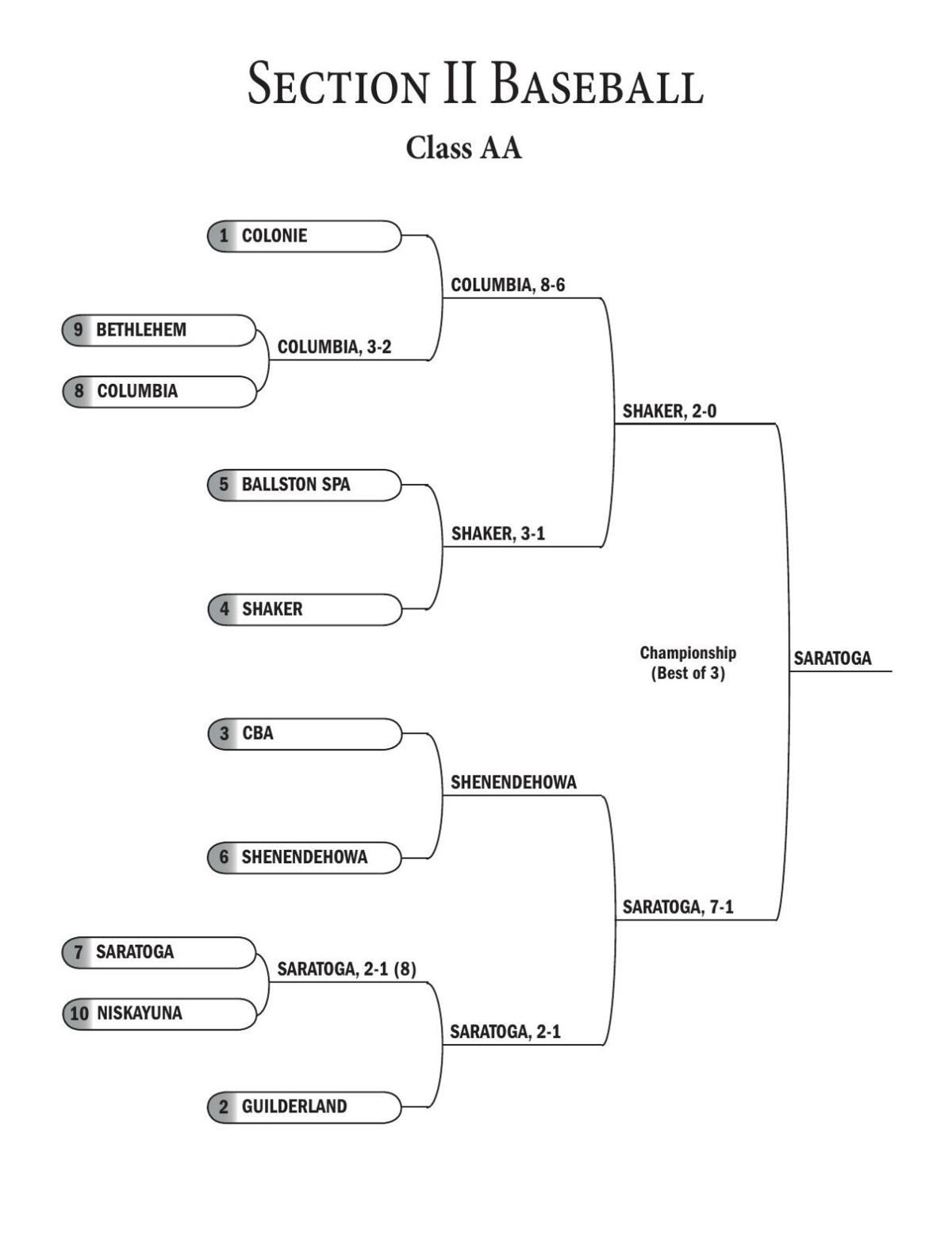 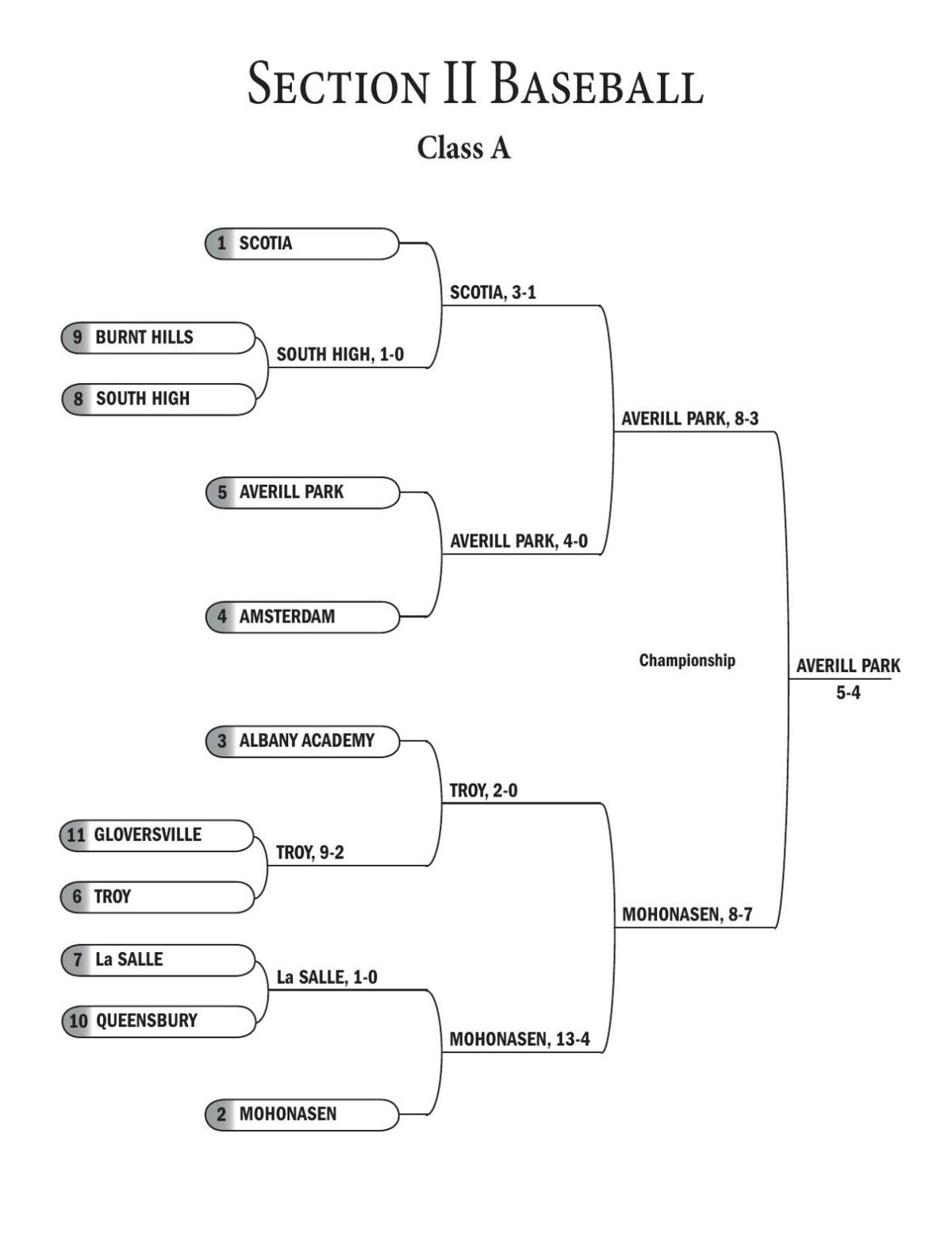 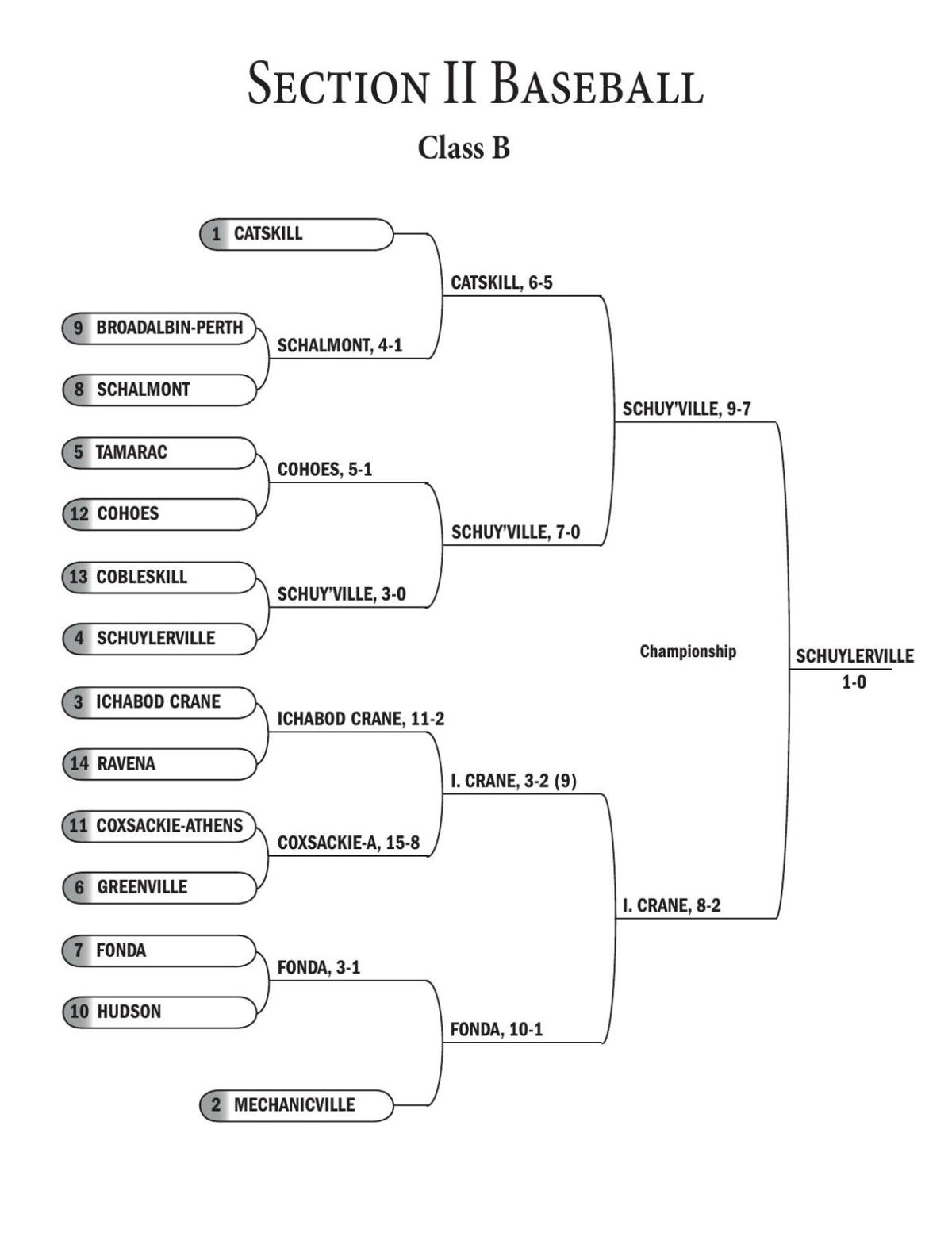 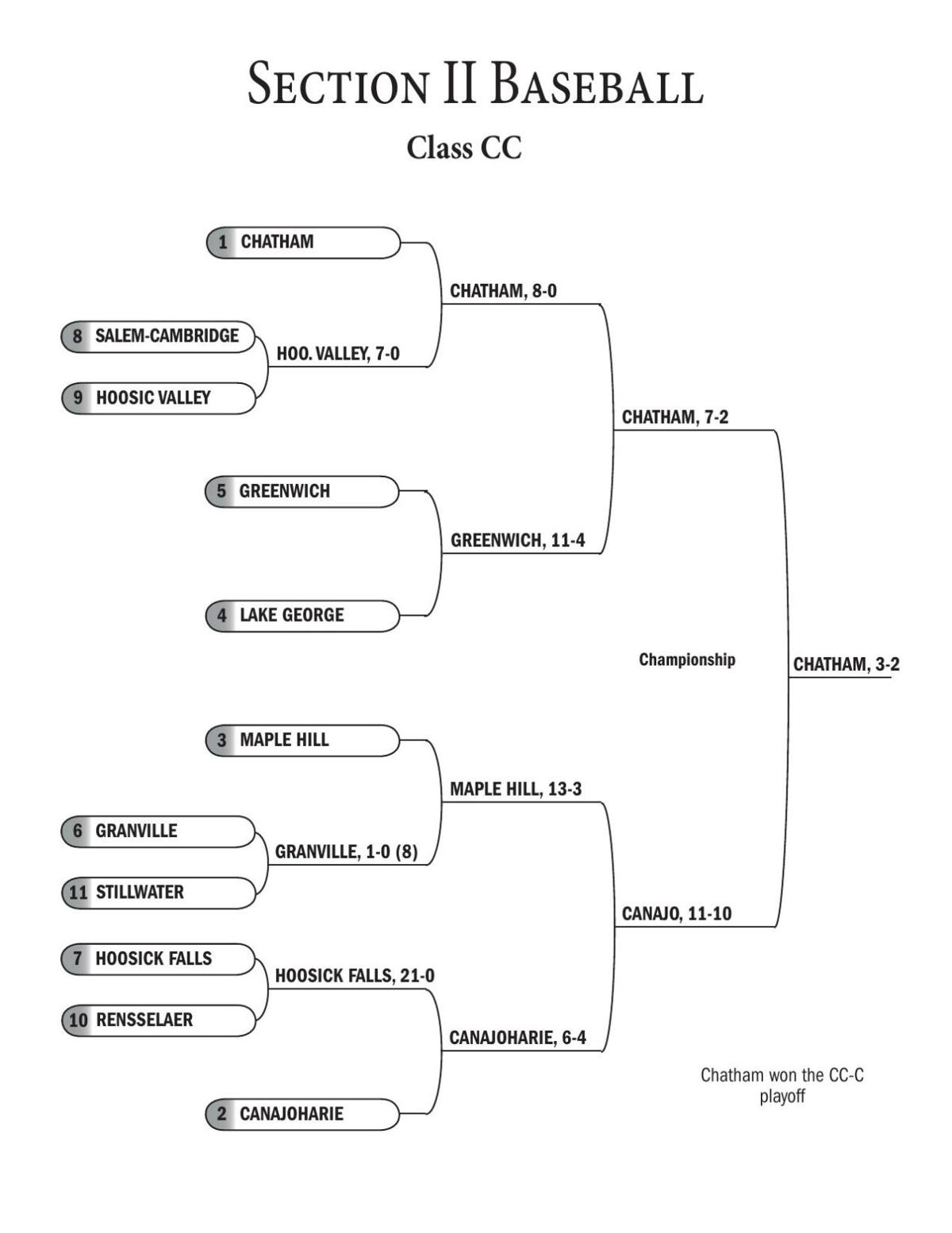 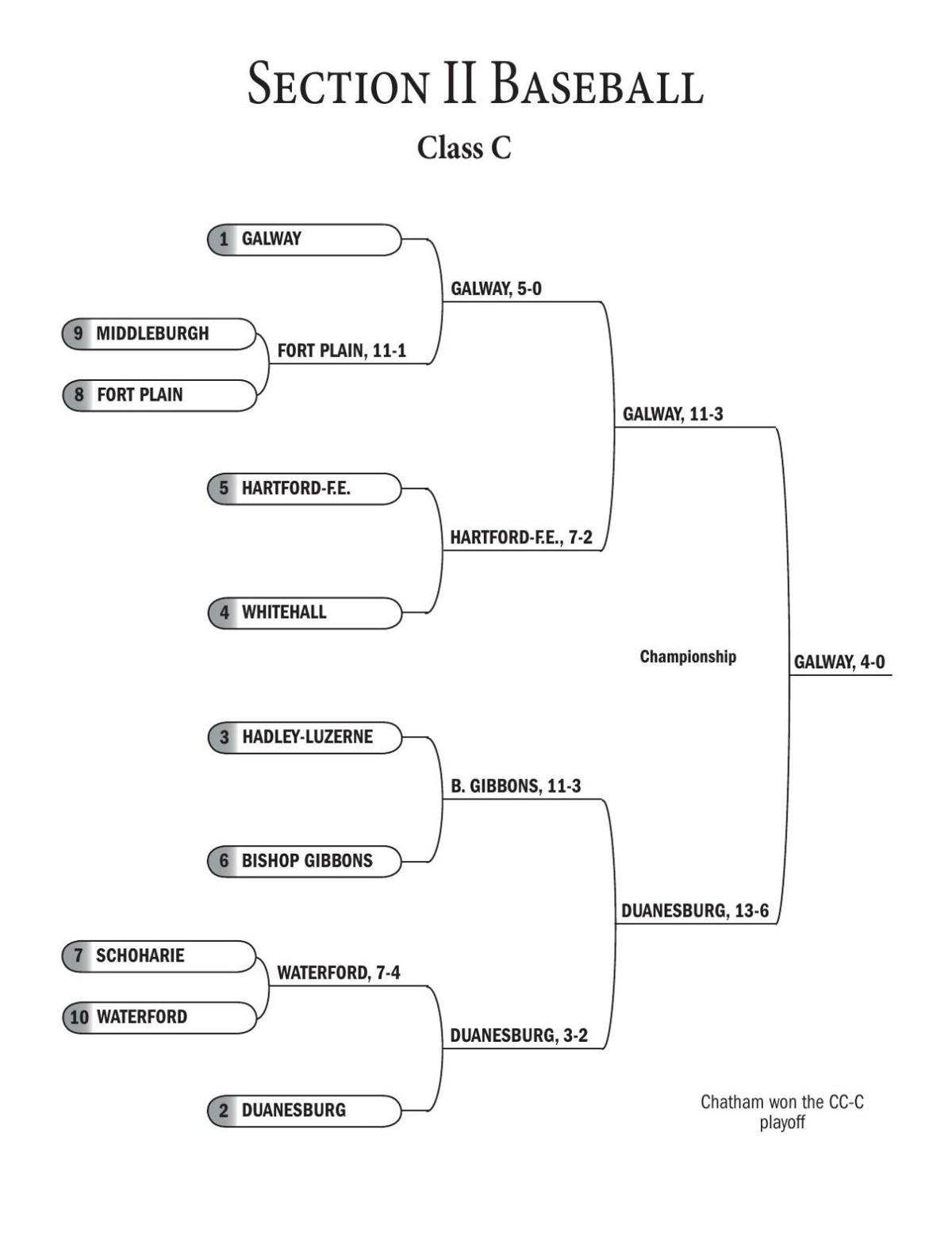 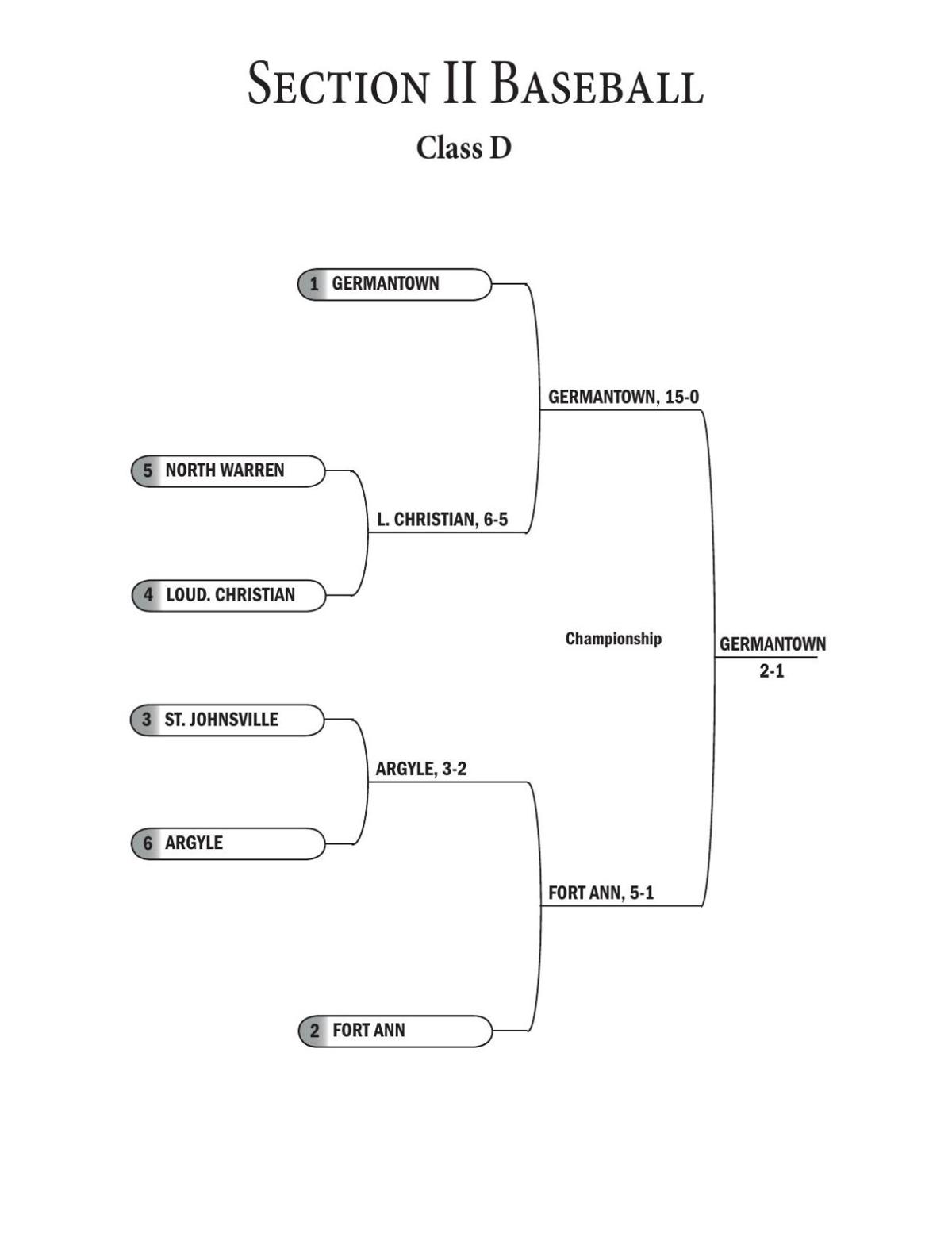 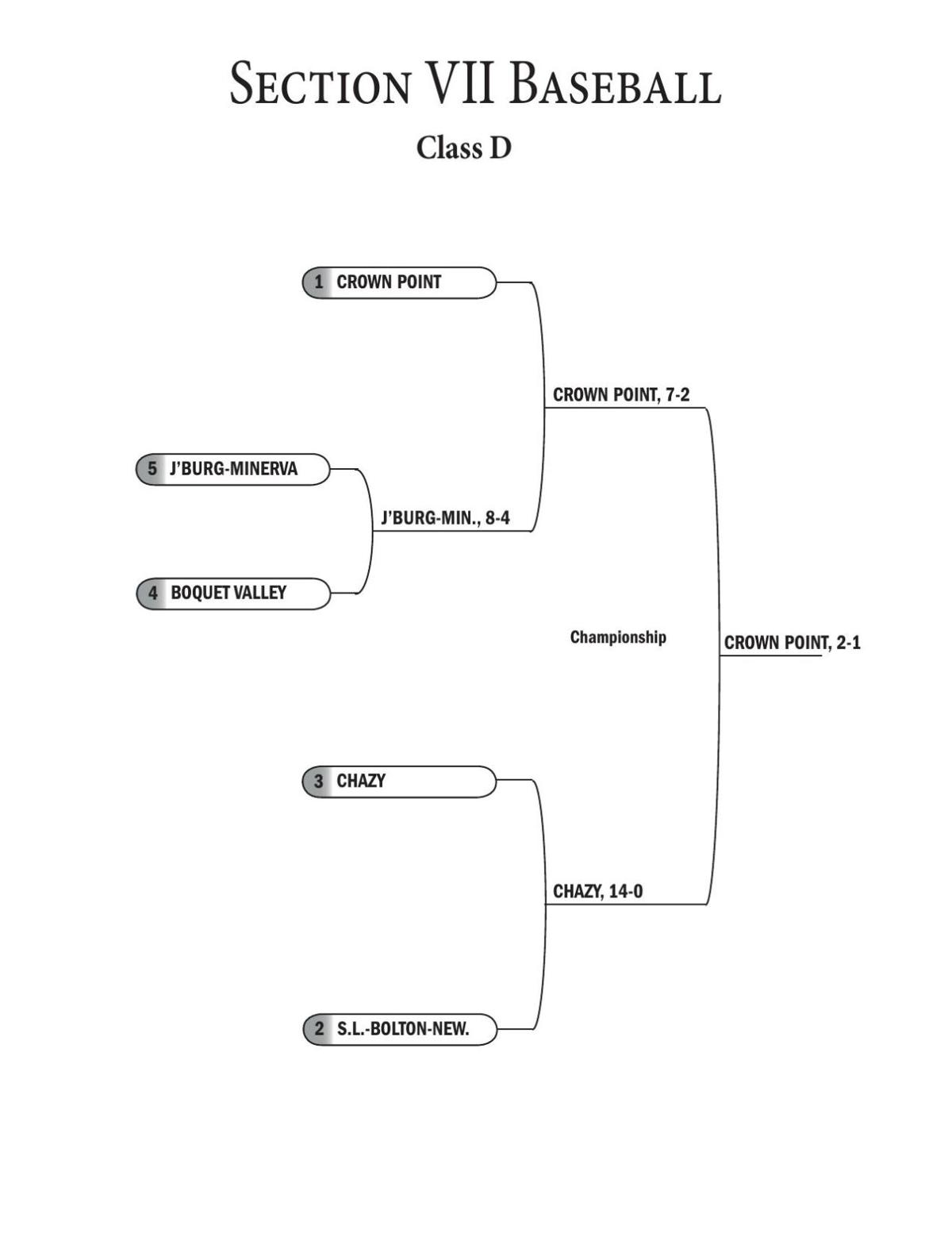 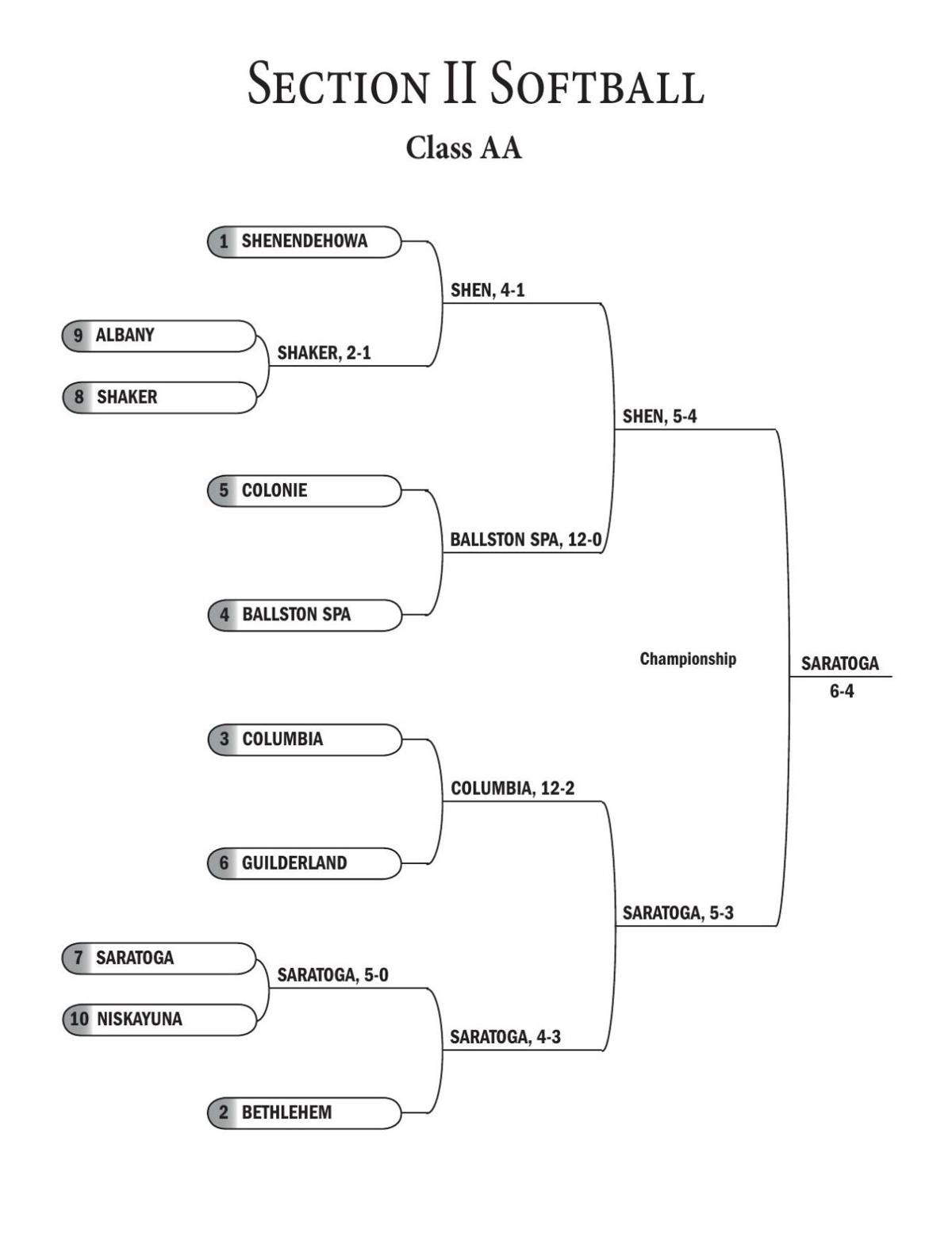 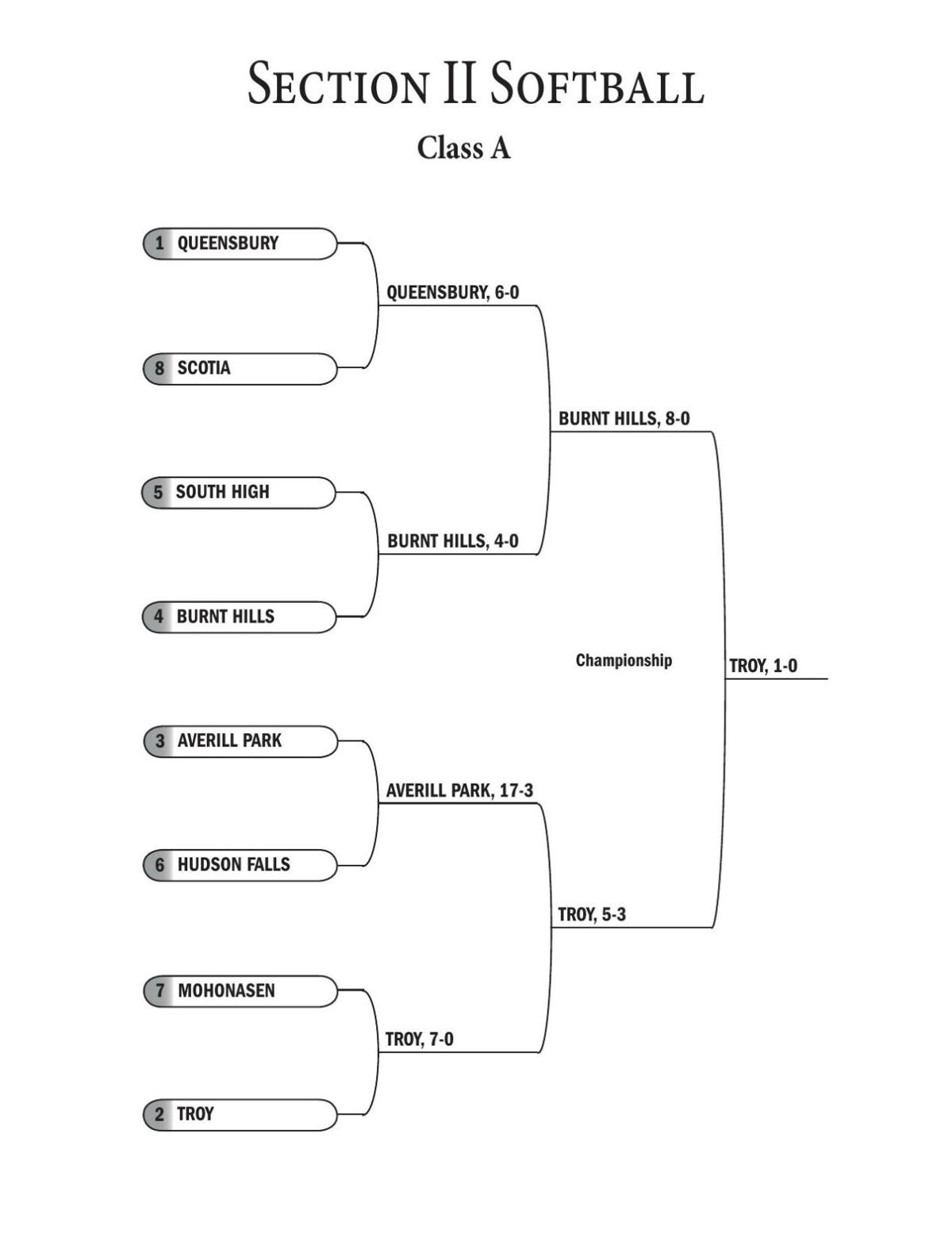 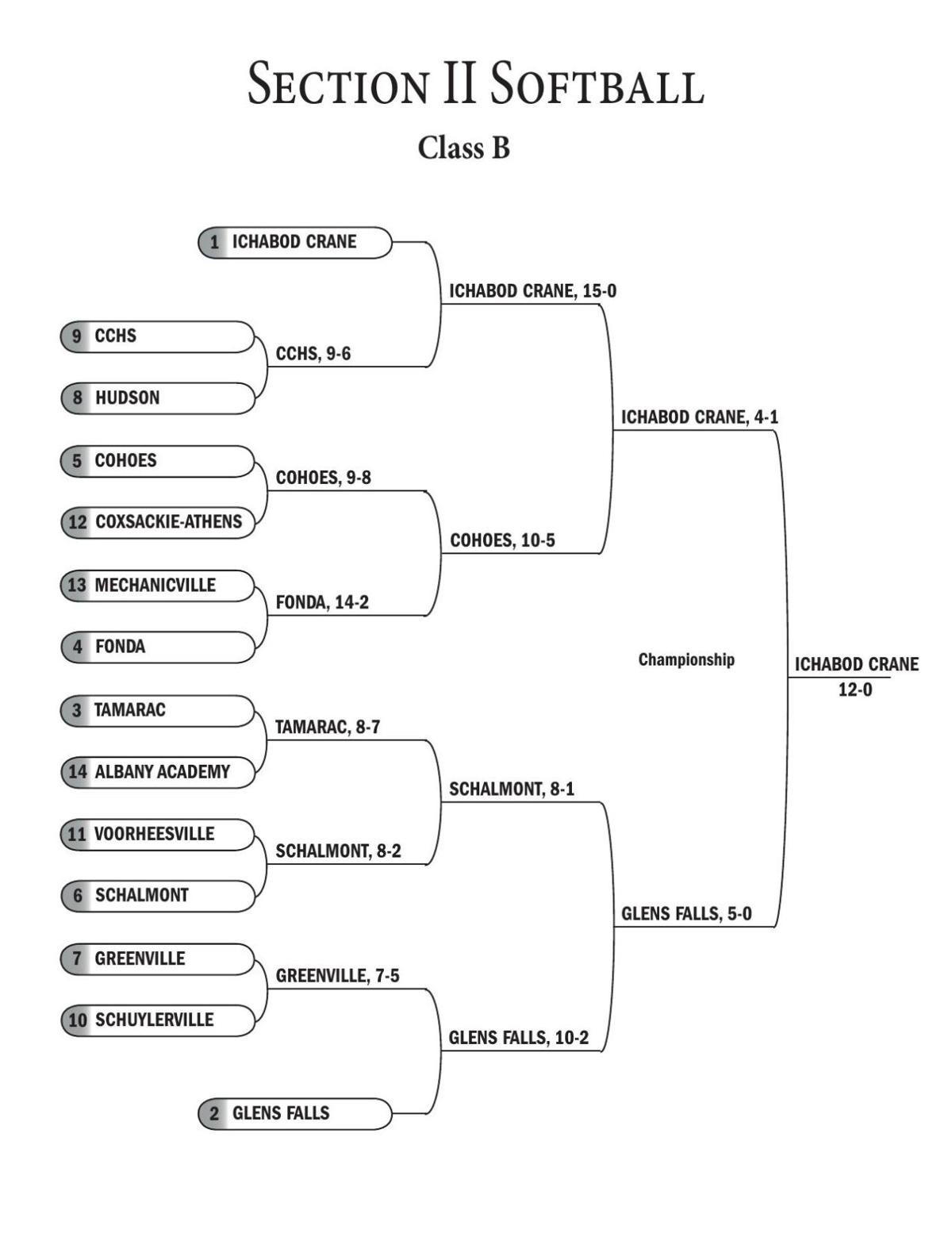 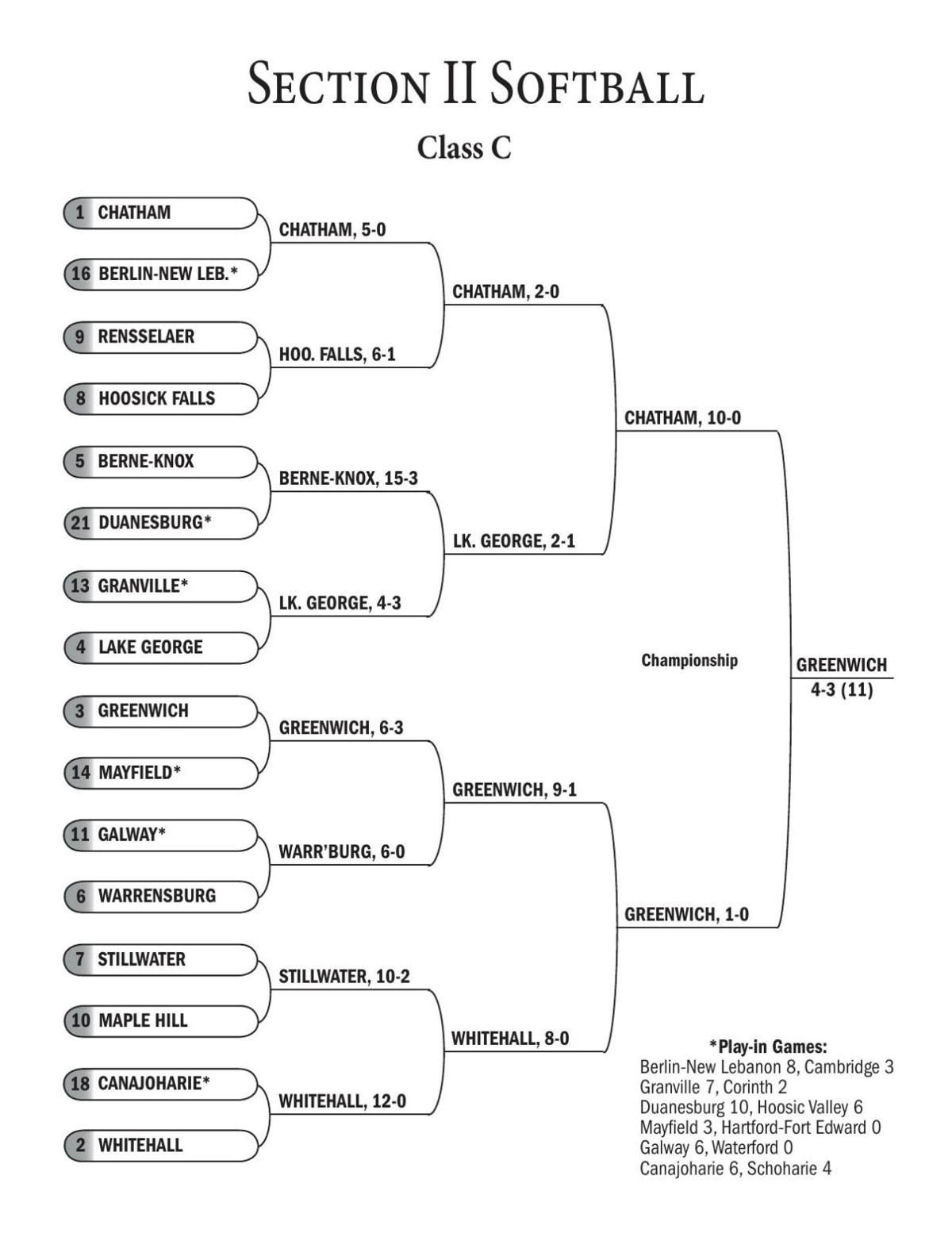 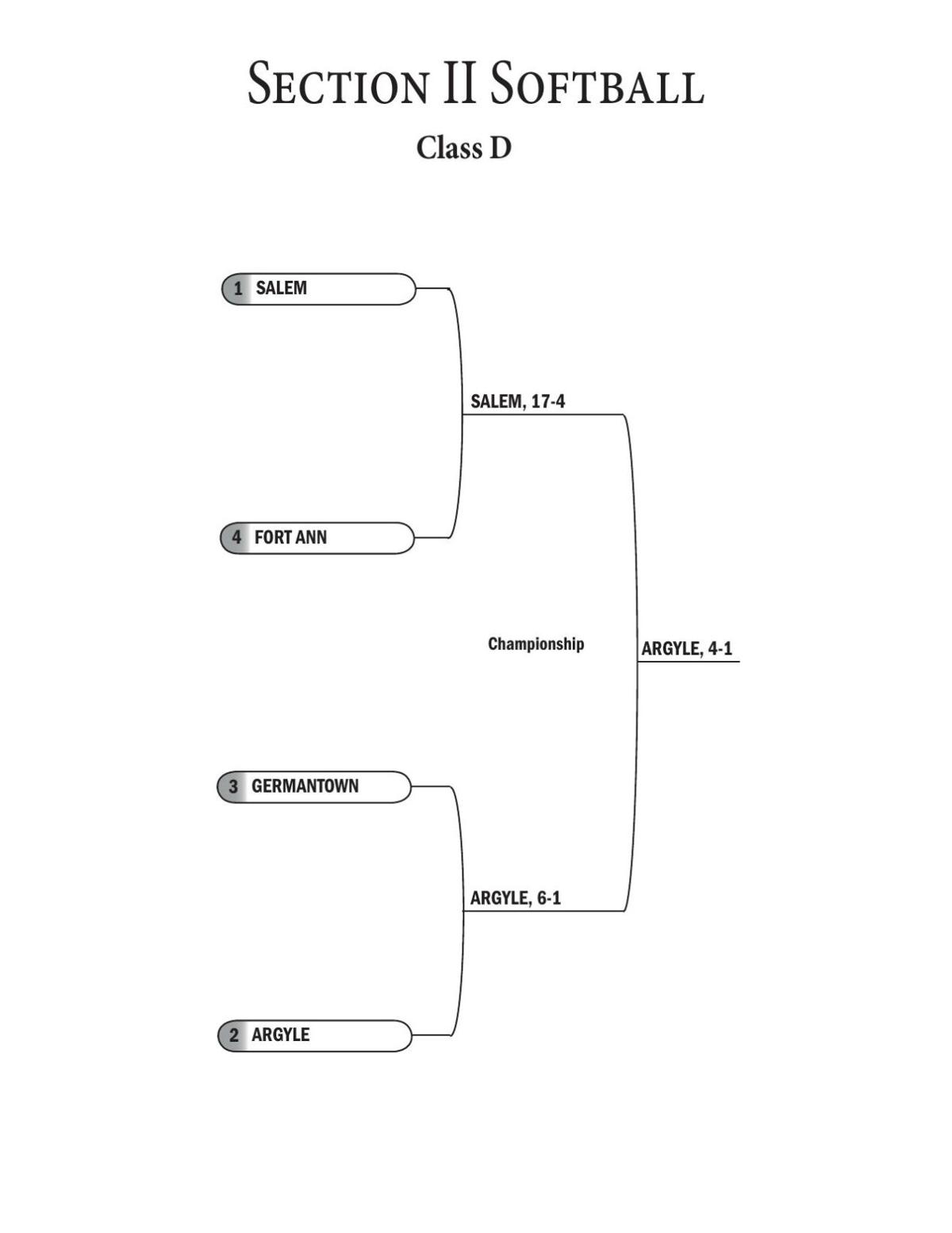 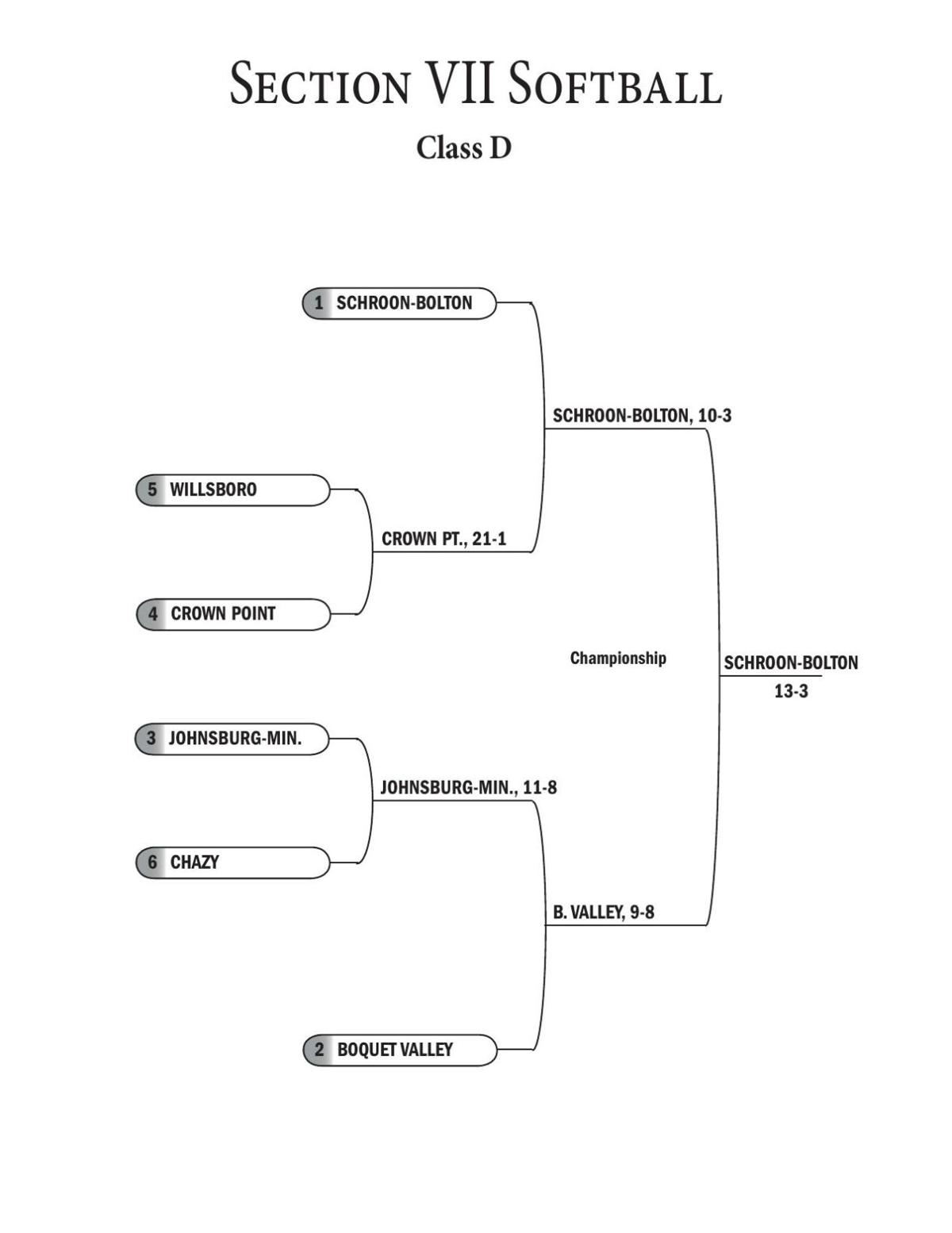 Schuylerville holds on for Class B championship

Ryan Dow pitched a three-hitter and made the final out to preserve Schuylerville's 1-0 victory in the Class B baseball championship.

The Wasaren League has named its 2022 baseball all-star team.

Schuylerville beat Peru on Saturday to earn a trip to the State Baseball Tournament in the Binghamton area.

The Adirondack League has released its 2022 baseball all-star team.

The all-sports high school playoff schedule, through the weekend.

U.S. swimmer rescued by coach after fainting at world championships

VIEW: To see more photos from Monday's Argyle/Fort Ann baseball game, point your smartphone camera at the QR code, then tap the link.