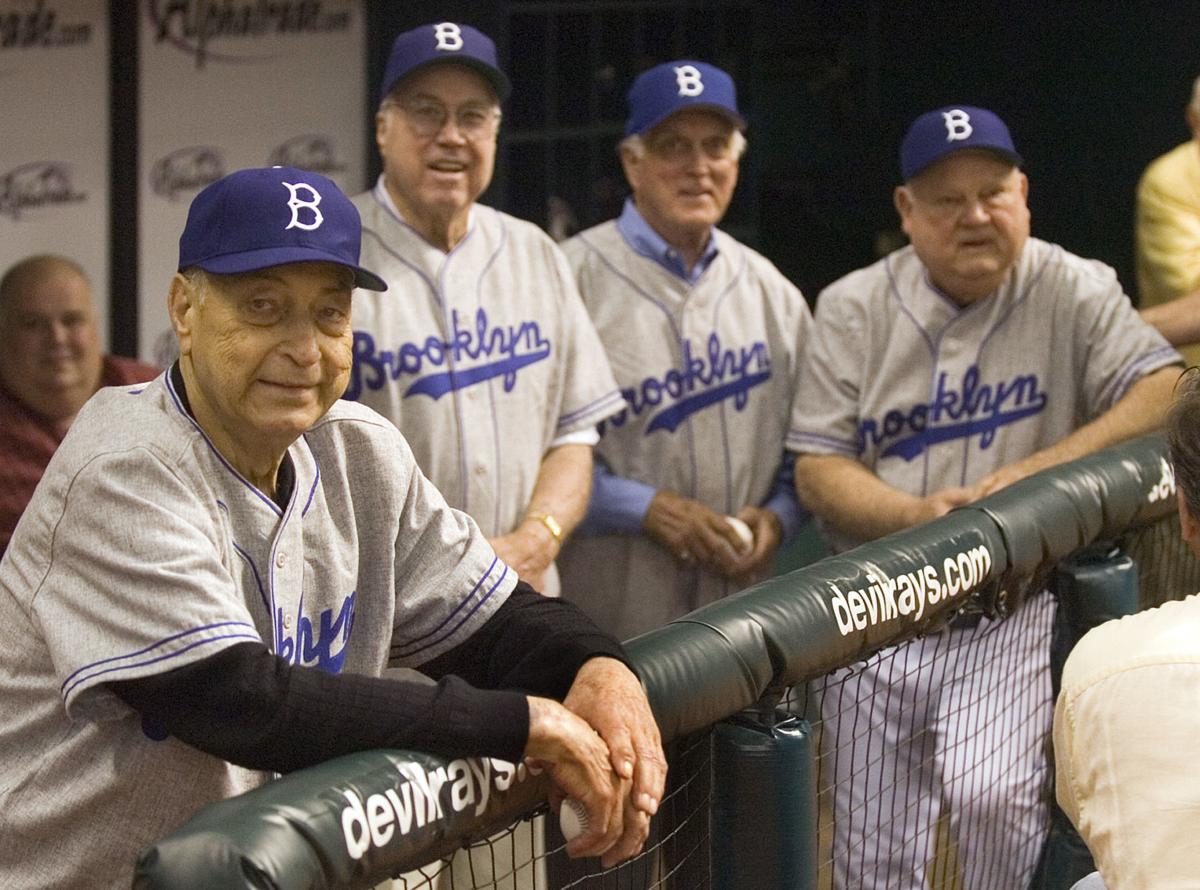 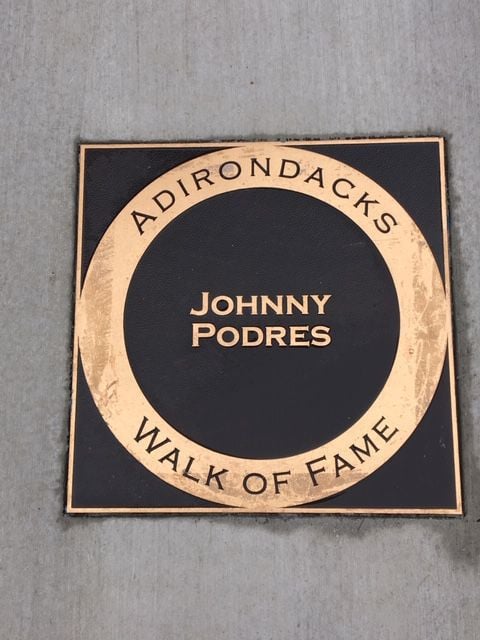 Johnny Podres of Witherbee pitched the Brooklyn Dodgers to a World Series title over the New York Yankees in the 1950s.

Post-Star Editor Ken Tingley will be retiring on July 17. He spent his first 11 years at The Post-Star as sports editor. He has selected a few of his memorable columns to run over the next two weeks.

Each winter, I would go to the small house off Dixon Road in Queensbury and visit with Johnny Podres.

Joan would answer the door and show me into the living room, where John had his feet up on the easy chair, reading a copy of The Racing Form next to the roaring fireplace.

Joan would usually excuse herself to a different part of the house or go walk their basset hound.

“She really loves that dog,” John would say.

He was pitching coach of the Philadelphia Phillies then, and he would talk about the pitching prospects and going to spring training and, if pressed, he might tell a few stories about the old days.

I loved it when he told the old stories.

I was too young to have ever seen Johnny Podres pitch, but I knew my baseball history. I knew the story of how he delivered a Game 7 World Series victory and lifted the entire borough of Brooklyn to the top of the world.

It always came back to 1955 when it came to Johnny Podres.

Here was this 23-year-old, baby-faced pitcher from Witherbee, a little mining town just up the Northway from Glens Falls, thrust onto the greatest sports stage in the world. And he delivered.

Over the years, I must have asked him the question a dozen times in a dozen different ways: How did he do it, and what was it like?

He often answered the questions with more questions.

“How did I do it?” he would begin, and you would wait for him to bring his full expertise of nearly five decades in Major League Baseball, only to hear him conclude: “Maybe I just got lucky.”

It was almost as if John didn’t understand it himself.

He knew how to pitch. He knew he had talent, but the enormity of what happened in 1955 always seemed to be elusive for him. At least when speaking on the record.

When Ken Burns came out with his documentary “Baseball,” a full five minutes was devoted to Game 7 in 1955.

I can remember asking John for his reaction.

What was it like to know his performance on that October day in 1955 put him at the crossroads in this golden era of baseball?

What was it like to know that it still meant so much to so many people, and it always would?

When Podres beat the Yankees, it was like Bucky Dent beating the Red Sox.

The reality was that he was a better pitcher afterward. He won 18 games with the Los Angeles Dodgers in 1961 and was selected for four different all-star games after 1955.

When his career ended, he became a pitching coach, taught Frank Viola a change-up and predicted great things for a young Phillies pitcher named Curt Schilling.

The young pitchers loved him, and I think he took great delight when they discovered that he had beaten the mighty Yankees in Game 7 and came to him to know what that was like.

But they had to go to him. He never volunteered the information.

While Podres was legend, he was certainly imperfect off the field.

He was a chain smoker, battled alcoholism, loved to gamble and struggled to put two sentences together without at least one expletive.

That was Johnny. Rough, gruff and fun to be around.

He struggled with his health for years and had heart bypass surgery four different times. That eventually forced him off the baseball diamond and into retirement to fish for bass at Lincoln Pond and winners at OTB.

I last saw John in Cooperstown this past summer. That seems appropriate now.

He was with some of the baseball old-timers, players like himself who had been there in 1955 and knew what he had done. He was signing autographs for a price and seemed to be enjoying himself.

Godspeed to Johnny Podres. He was one of a kind.

Ken Tingley is the editor of The Post-Star and may be reached via email at tingley@poststar.com. His blog “The Front Page” discusses issues about newspapers and journalism.

Visiting with Johnny Podres each winter was one of my favorite adventures. Podres, forever the hero of the Brooklyn Dodgers for his Game 7 heroics in 1955, would park himself in an easy chair in his living room while perusing the Racing Form in front of the fireplace while telling me the baseball stories he had probably told hundreds of times. They never got old for me. His passing in 2008, has left a vast void in my winter routine.

New York-bred Tiz the Law is the favorite on both the morning line and in fans' hearts.

NYSPHSAA clarifies that remote learners are eligible for interscholastic sports

Yankees star Aaron Judge is hurt again, and his status is uncertain for the start of a four-game series with the Boston Red Sox.

Serengeti Empress cut back to sprinting distance and came away with a victory in the Ballerina, one of several races on Saturday's undercard.

Jolting Joe was the featured race winner on Thursday as Saratoga gets ready for its biggest weekend of the meet.

Johnny Podres of Witherbee pitched the Brooklyn Dodgers to a World Series title over the New York Yankees in the 1950s.