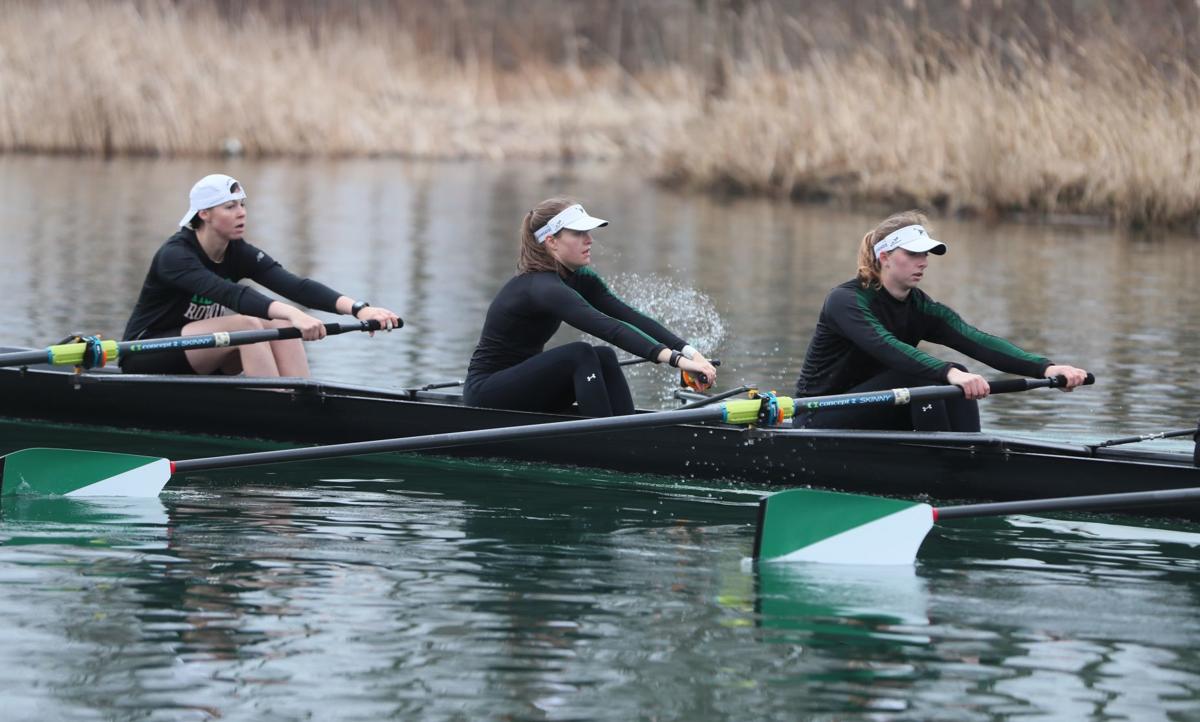 William Smith rower Anna Moreau (right) helps one of the school's eight boats in a competition. 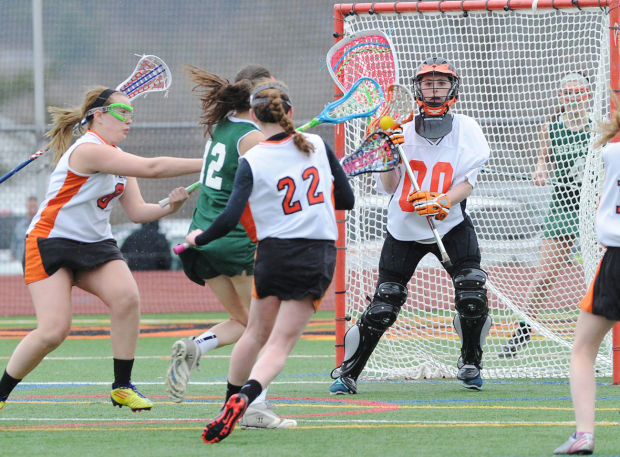 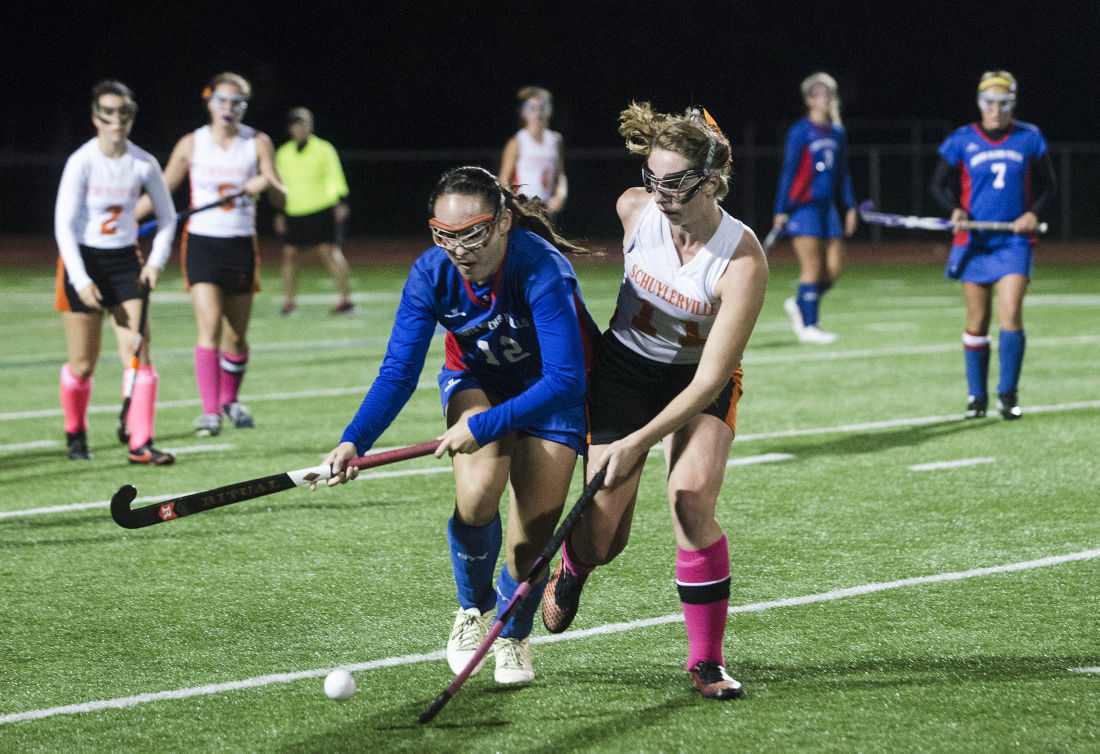 South High player Katie Bain (12) and Schuylerville player Anna Moreau (11) fight for the ball during the field hockey game when Moreau was in high school. 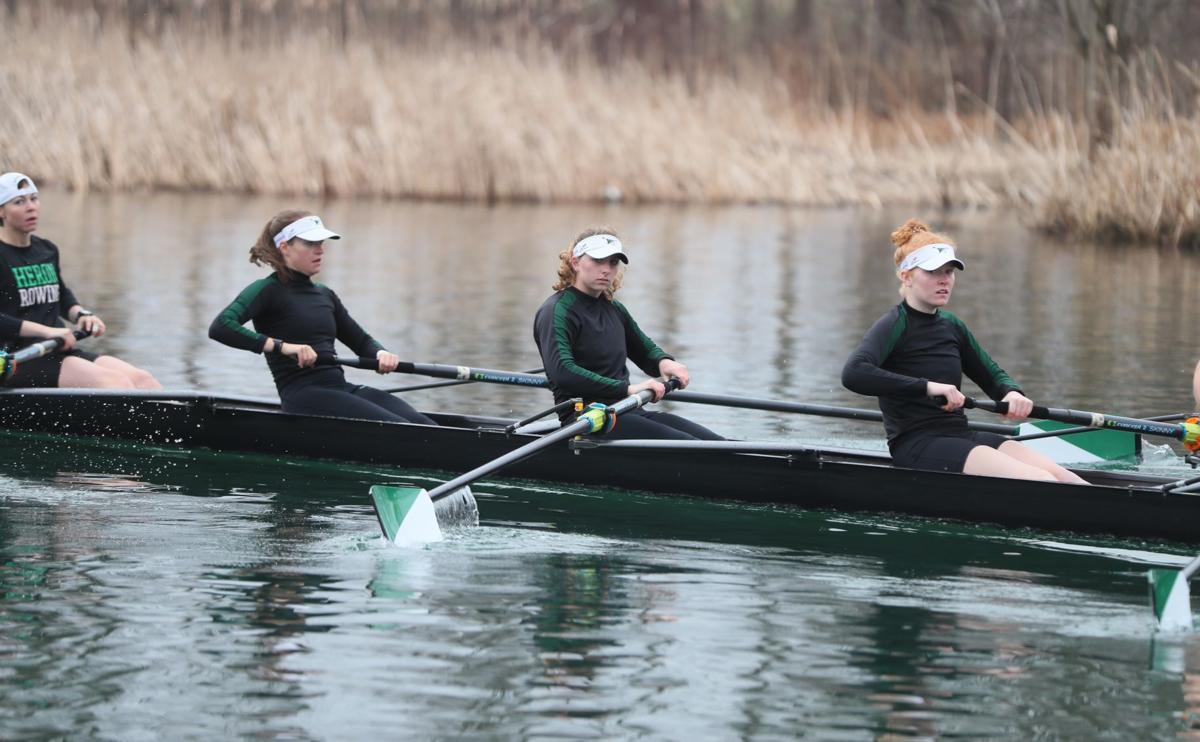 When she left Schuylerville High School, few people doubted that Anna Moreau could play a sport in college.

How about rowing? Well, no one saw that coming, but Moreau not only joined the William Smith rowing team as a walk-on, but turned herself into one of the best rowers on a team annually ranked in Division III.

This year, her senior season was cut short — as is the case with nearly all college athletes — by the fallout from the coronavirus pandemic, but with rowing being a fall-and-spring sport, she did get to compete in the fall. She can now only look back on what was.

It was pretty amazing.

“Originally when I went to William Smith, I made the decision I was going to keep the same active lifestyle I was used to, in whatever form that took,” Moreau said.

Moreau had talked to a few college athletes at her pre-orientation program, and they told her she would have to adapt to more than just the physical adjustment.

Enter William Smith rowing coach Sandra Chu, who had “recruited” some freshmen to the school — Division III schools offer no athletic scholarship money. At that level, it primarily means the coach had verbal and perhaps in-person contact with a student at the college — but also needed walk-ons to fill out her roster.

“Our team, anywhere from 30 to 50 percent have been walk-ons,” Chu said. “It’s funny, all five seniors remaining from Anna’s class were walk-ons, and the so-called recruited kids walked away.”

So Chu put flyers under every freshman’s door at the beginning of the fall semester.

A newcomer in the rowing world is appropriately called a novice.

Novices have their own class. And it’s the athletic equivalent of learning a new language.

“As a novice you learn everything: the different parts of the boat, the terminology, how to do a basic stroke,” Moreau said. “And I had the perception I was always a novice. I was always trying to learn to stay ahead of the curve.

“It’s very addictive. I thought it was fun,” Moreau added.

In her freshman year, Moreau rowed on the novice eight boat, second varsity eight and varsity eight. She earned the Coach’s Award for her season, but she had her trials along the way.

“I’ve put her in awkward, awful situations and, while in rowing there’s an element of ‘You’re not cutting it,’ we tried to be positive with her as she learned her way,” Chu said. “I had her stroking the varsity eight boat way before she was ready, and sometimes I took her out of that stroke seat because it’s a very important seat and you need that person to be especially effective. Yes, every seat is of equal importance, but if you have a bad rower at stroke seat, it affects the whole boat.”

Chu said sometimes, based on seat races during practice, Moreau got bumped out of a higher boat. Two things eased those transitions for both Moreau and Chu. For Moreau, it was that she had fantastic teammates. For Chu, it was that she saw Moreau as someone who wanted to learn from every single mistake.

“There’s this thought that as I get better, my team gets better,” Moreau said. “But also in rowing if someone else gets better, she can take your spot in the boat. I was lucky in that I had fantastically supportive teammates. Everyone was always supporting each other. We have a phrase, ‘lift as we rise.’ ”

“She knows when she has messed up, but I know she’ll hold onto that and do everything to overcome it,” Chu said. “She’s got a fantastic engine. At 5-foot-8 she’s a little small in the rowing world. She has had to be scrappy.”

In her sophomore season, Moreau scrapped her way to rowing on the second varsity eight three times and the varsity eight nine times. Among other honors, she earned the team’s Most Valuable Oarswoman award and was an All-Liberty League selection.

In her junior year, Moreau was a varsity eight fixture, usually in the stroke seat, because she willed herself to stay on that boat. The varsity eight boat finished the year ranked ninth in Division III.

“She rows well, but she’s still a little goofy with her stroke sometimes,” Chu said. “But if we told Anna to go harder, she would always do it.”

“Sandra and I spent a lot of time on how to fix all those little technical changes,” Moreau said. “So I thought if I can’t get all those changes today, I’m going to pull my butt off so I didn’t hurt the boat. I reverted back to that a lot.”

This fall, Moreau was a member of the Herons’ leadership group and rowed in the varsity eight boat. She helped the boat finish eighth out of 17 — and fourth among Division III schools — at the Head of the Fish, ironically ending her career on the closest body of water to where she grew up.

Most of Moreau’s honors are on the academic side. An environmental studies major, she is a two-time CRCA Scholar-Athlete and has made the NIRC All-Academic team. Most recently, she was elected to Phi Beta Kappa, the nation’s oldest academic honor society. According to the society’s website, only 10 percent of American colleges have Phi Beta Kappa chapters, and of those colleges, only 10 percent of their future graduates are invited to join.

Chu admits she holds a very high standard for her athletes. When they ask her which comes first, academics or athletics, her answer is “yes.”

“You can do both really well,” said Chu, a Princeton graduate. “I never turned in anything late or asked for an extension in my collegiate career. That is the bar. Anna already came with the skills for that. I can’t thank her parents enough for raising this wonderful kid.”

“I still saw upperclassmen being able to do it all,” Moreau said. “And I’m not really afraid of hard work.”

That work, at least the academic side of it, is being done remotely now. The college has said it will not have an in-person commencement on May 17, when it was scheduled. Knowing that, the rowing team members, before they all left for their homes, held some traditional end-of-year ceremonies and a mock graduation on the quad, where the real thing would have taken place. Moreau said the moment was very special and sure to be one of her enduring memories.

“We call it ‘The Nest’,” Moreau said. Every Heron graduate will always be a part of the nest and can always come back to it.”

Lessons from 1918: Old pandemic is a murky guide for sports

The 1918 Spanish Flu Pandemic was rough on college sports, but it also can teach us as we go forward in the coronavirus pandemic.

John Clay: The NCAA is finally acting on the FBI college basketball investigation

Never mind those stay-at-home orders, the NCAA has been making news. Basketball news. Infractions committee news. The Indianapolis enforcers are finally following up on the FBI's college basketball corruption scandal in 2017. Notice of allegations have been issued. Some responses have been made. More of both are sure to come. So, updates: - Louisville: U of L received its notice of allegations ...

Glens Falls' Joseph Girard III made a no-look trick shot this weekend as part of a fundraiser for the Jim and Juli Boeheim Foundation.

William Smith rower Anna Moreau (right) helps one of the school's eight boats in a competition.

South High player Katie Bain (12) and Schuylerville player Anna Moreau (11) fight for the ball during the field hockey game when Moreau was in high school. 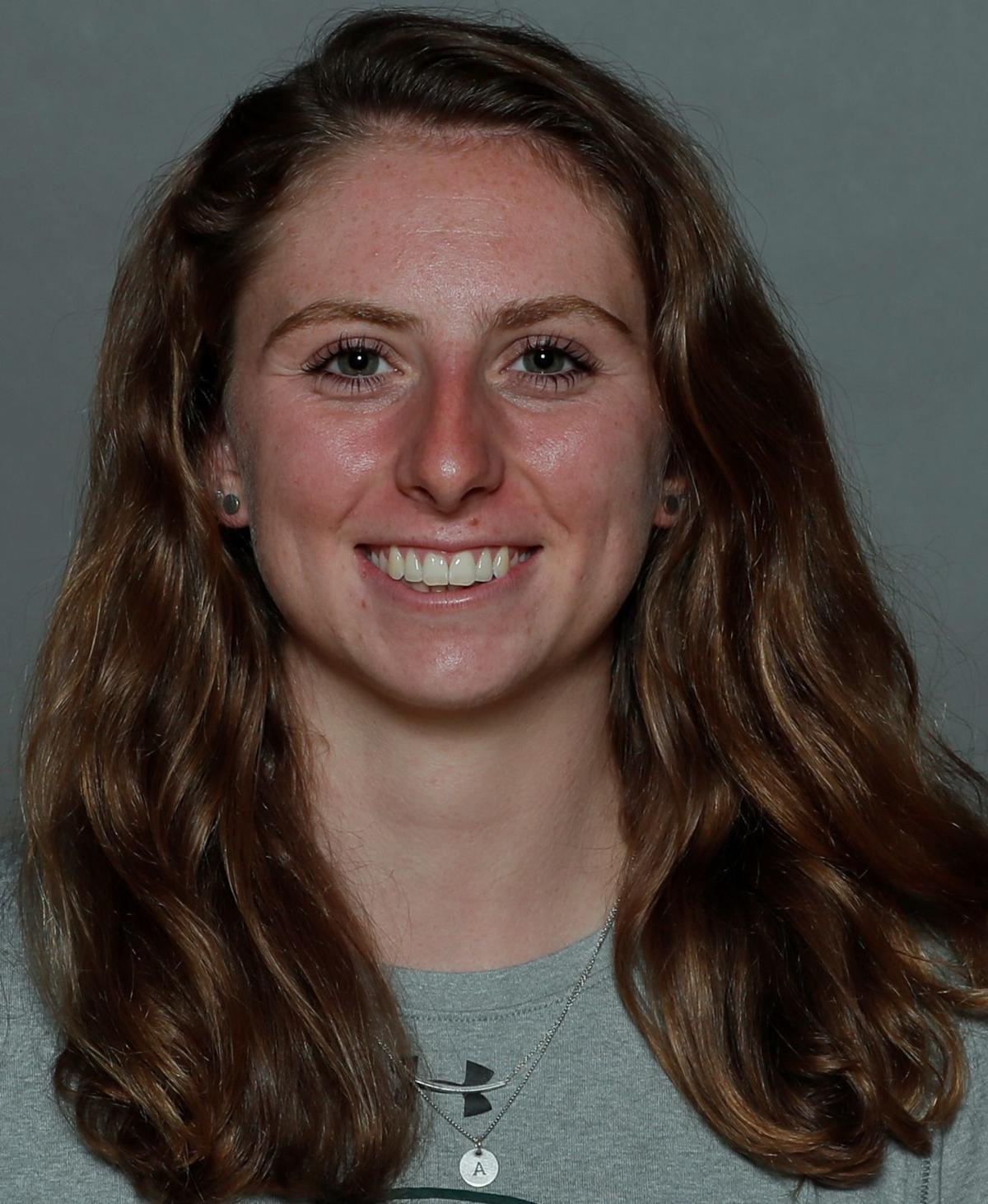