No quarterbacks are in the conversation to be the No. 1 overall pick in the 2022 NFL Draft, which is anything but typical.

With the Jacksonville Jaguars up first again this year, the team is not in the market for a quarterback.

Pitt’s Kenny Pickett is well regarded as a top-10 draft pick, but he’s not among the top five players oddsmakers think could go No. 1 overall. Liberty quarterback Malik Willis, who excelled at the Senior Bowl, is tagged as a player who could rise up draft boards if he excels at the NFL Scouting Combine this week.

Instead, a collection of players vying to be the top pick is a combination of prospects set to be paid to either protect quarterbacks – or pound them.

FrontPageBets breaks down the top five players who could be picked first overall with odds from DraftKings:

At 6-feet-7, 350 pounds, Neal has the build of a food truck and atomic hands to steer pass rushers out of the play. He’s swift for his size and the junior played in an offense that demanded studious preparation and dominant gameday effort.

Neal makes sense in Jacksonville for a number of reasons, not the least of which is protecting the investment already made in Lawrence. New head coach Doug Pederson had top offensive tackles – late prime Jason Peters on the left side, former tight end Lane Johnson on the right – during the Philadelphia Eagles’ run to the Super Bowl and knows the value of keeping QBs safe in the pocket.

Temptation could cause pause when the Jaguars stack Michigan's Hutchinson and freakish athlete Kayvon Thibodeaux (Oregon) against the available offensive tackles. It’s entirely feasible Jacksonville could decide the fourth or fifth-best offensive tackle will suffice and attempt to trade back into the first round. Recall the Chargers nabbed Rashawn Slater 13th overall, and he went on to make the 2022 Pro Bowl as a rookie. That’s the same spot at which the Buccaneers netted Tristan Wirfs in 2020.

Hutchinson’s non-stop engine is intriguing, and his size is on par with a couple of other lofty picks that originated as Big Ten products in Nick Bosa (second overall, 2019) and Joey Bosa (third overall, 2016).

Jacksonville’s defense produced only 32 sacks and seven interceptions last season. Of the team’s sack total, 7.5 came from Josh Allen, a first-rounder in 2019.

Ekwonu isn’t a household name but rest assured, scouts have him ranked near the top of this draft. His combination of ferocious tenacity as a run blocker and length and power in pass sets are the makings of a franchise-caliber left tackle. He has a bullying style of play and remains somewhat raw in the technical aspects of the game, but some evaluators view this as a sign he’ll grow into an unstoppable machine on the blind side.

For teams concerned about his height (6-4), Ekwonu could easily transition to guard and played more than 200 snaps at the position at NC State.

If the NFL Draft flipped to an Olympics-type competition to be the top pick, good luck contending with Oregon's Thibodeaux. When evaluators of the draft use the term “toolsy” they’re etching a picture of Thibodeaux in their minds. He’s sudden at the snap, flexible on the move and explosive moving straight ahead or laterally – nightmare goods for an edge player against whom the only knock has been consistency.

At 6-5, 260, Thibodeaux will be attractive regardless of scheme, meaning he can play outside linebacker if called upon. The physical makeup and potential are there to match Garrett coming out of Texas A&M.

Just ahead of Willis, Cross is the third offensive tackle on this list and a natural athlete entering the draft as a redshirt sophomore. But he’s as smooth as they come at any offensive line position and is a better overall athlete than his OT competition on this list.

The Mississippi State product is only 21 years old but seasoned with two years as a full-time starter at left tackle in the SEC.

Gambling problem? There is help. Call 1-800-522-4700 or visit the National Council on Problem Gambling for help.

FrontPageBets looks at favorites to lead NFL in receiving in 2022

The race for who will have the most receiving yards in the NFL for the 2022 season could come down to two talented pass catchers.

Clemson's win total for the 2022 season is 10.5. Can the Tigers' win 11 or more games? FrontPageBets takes a look at some key regular-season games.

Who will lead the NFL in touchdown passes? Bills' Allen, Chargers' Herbert, Bucs' Brady among contenders

FrontPageBets takes a look at the odds-on favorites to throw the most regular-season TD passes in the NFL.

With a talented nucleus returning at quarterback and wide receiver, can UVA get to 7 wins this season? FrontPageBets takes a look at the Cavaliers' 2022 regular-season schedule.

FrontPageBets looks at the Hokies' schedule with predictions and some key games that will determine if they can exceed 6.5 victories.

The NFL preseason gets going Thursday night in Canton, Ohio with the Hall of Fame Game matchup between the Jacksonville Jaguars and Las Vegas …

Favorites, players to follow at the PGA Tour's Wyndham Championship

FrontPageBets takes a look at the field in the PGA Tour's regular-season finale.

Even in an action-packed Major League Baseball trade deadline, a number of teams opted to avoid being clear-cut buyers or sellers.

FrontPageBets looks at the Irish's schedule with predictions and some key games that will determine if they can exceed 8.5 victories.

As commissioner Greg Sankey said in his opening remarks at the conference’s media days earlier this week, the SEC is a “super league.” Who will win it? 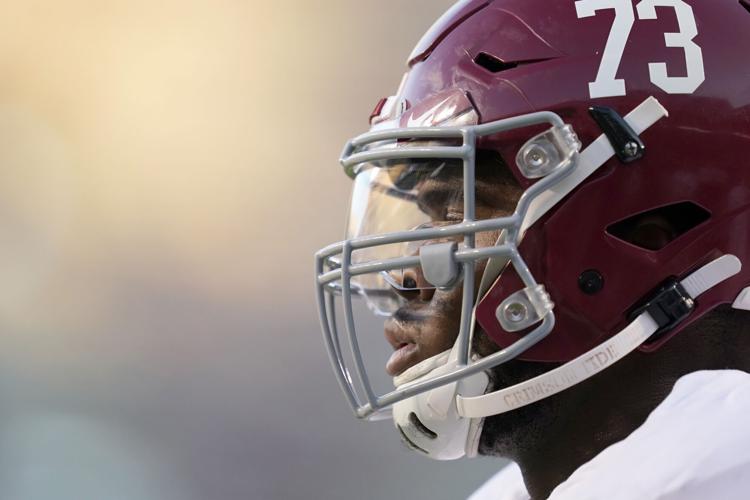 Alabama offensive lineman Evan Neal (73) looks on during warm-up drills before kickoff against Texas A&M on Oct. 9, 2021, in College Station, Texas. Neal is expected to be the first overall pick in this year's NFL Draft. 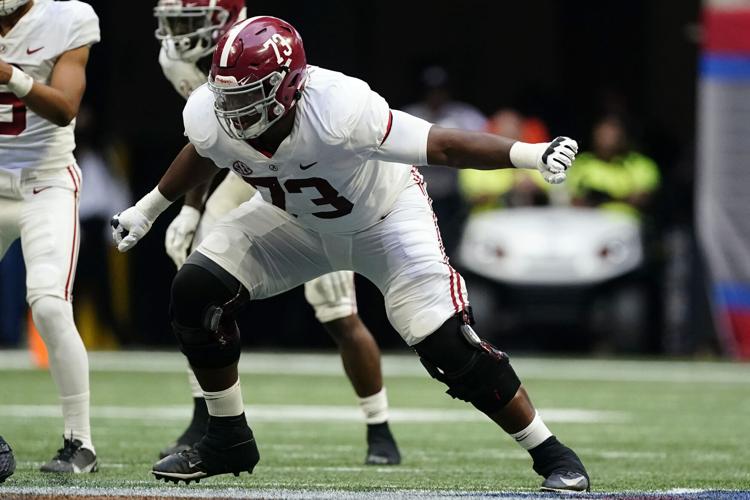 Alabama offensive lineman Evan Neal (73) is expected to be the first overall pick in this year's NFL Draft. 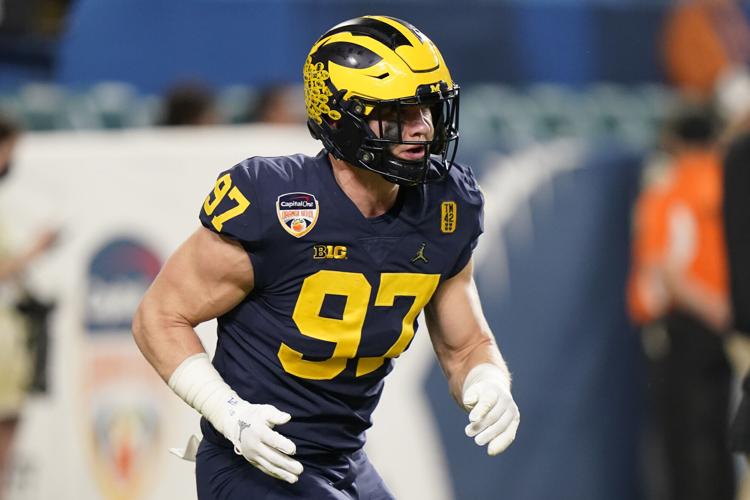 Michigan defensive end Aidan Hutchinson is the odds-on favorite to go No. 1 overall in next week's NFL Draft. 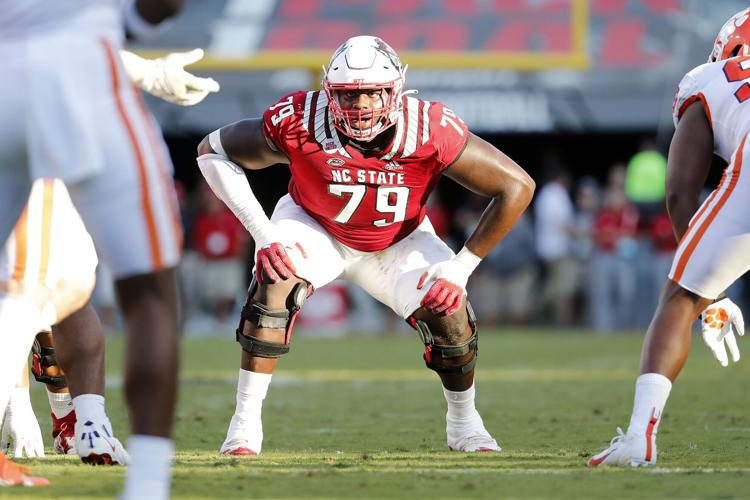 North Carolina State's Ikem Ekwonu (79) is projected as a top-five offensive tackle in the NFL Draft. 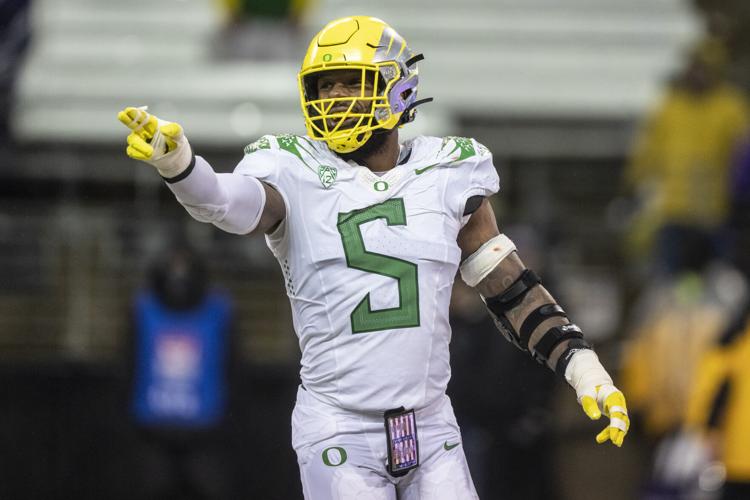 Oregon defensive end Kayvon Thibodeaux celebrates after his team scored a safety against Washington on Nov. 6, 2021, in Seattle. 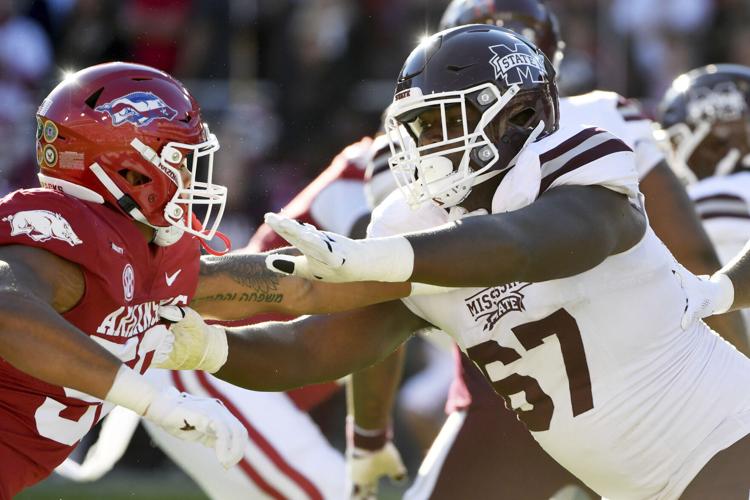