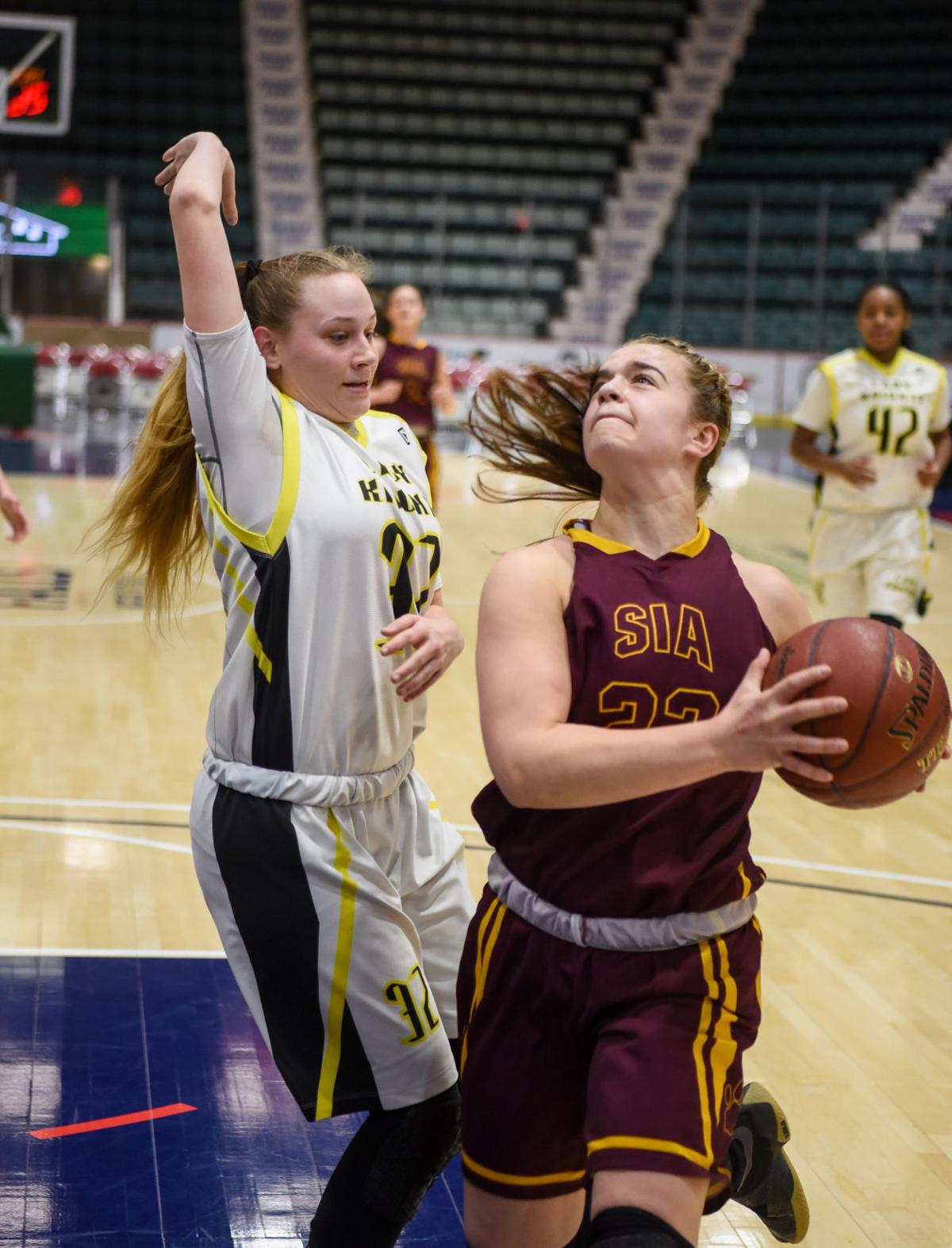 Sophia Demauro of Staten Island Academy drives to the basket in a girls Class A semifinal of the Federation Tournament of Champions at the Civic Center on Saturday. 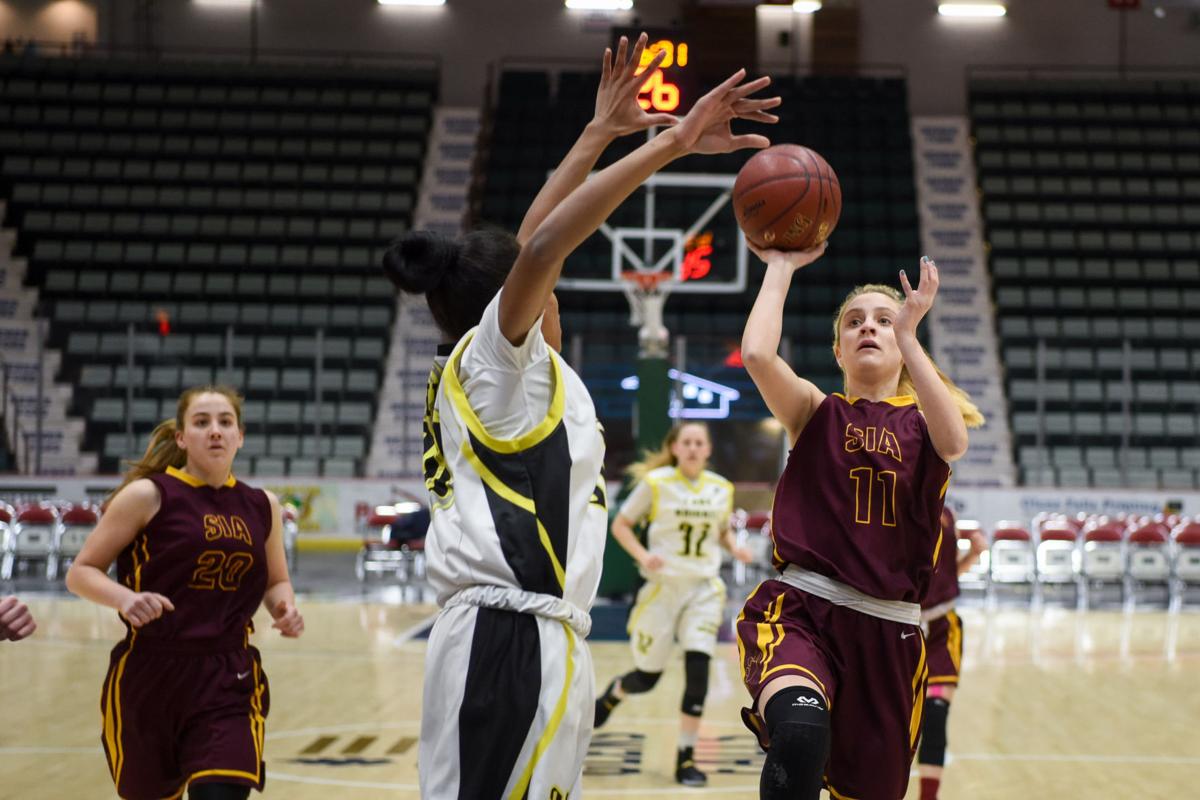 Cameron Corbett of Staten Island Academy takes a jump shot in a girls Class A semifinal of the Federation Tournament of Champions at the Civic Center on Saturday.

So when she looked up at the Civic Center scoreboard with two minutes remaining and saw her team trailing, 55-52, there was nothing previously unbeaten James Madison High School was going to do to stop her and her Staten Island Academy teammates.

“When I looked up at the clock with two minutes to go, and we were losing, I said, ‘This can’t be happening.’ I am a senior. I am not letting this happen,” she said, even though she knew teammate Cameron Corbett had fouled out and that Madison had controlled the usually high-scoring Clare Mitchell. “I knew I needed to get the girls together.”

She did, and the Tigers rallied for a 57-55 victory and a shot at a third straight Federation Class A title. Staten Island will play the same team it beat by three in last year’s title game. Jamesville-DeWitt, the state public school champion, easily advanced to Sunday’s noon title game with a 62-31 victory over Kellenberg Memorial in Saturday’s second semifinal.

In the final minutes of Staten Island’s semifinal, McEwan, a 5-foot-5 guard, helped force two turnovers, gave up a shot to get a key assist and broke up Madison’s last-gasp effort with a diving defensive effort.

“Meg showed her true colors today,” said first-year State Island coach Nicole Sarcone. “She showed her leadership and she was talking the whole game. She made it happen at the end.”

Corbett, also a tough, defensive-minded senior, said the effort was typical of McEwan.

“She is a hustler,” Corbett said. “She gives everything out there.”

Corbett had 13 points, Elizabeth Althoff added 12 and Mitchell, who has more than 2,000 in her career, finished with 10. DeMauro scored eight. McEwan had three steals and six assists, and Mitchell had eight rebounds.

Despite the last-second loss that left his team at 27-1 and cost the Lady Knights a shot at the title, James Madison coach Rich Tighe, whose team won the New York City public school title, remained upbeat.

“It is a good day, and the kids played great,” he said. “They knew they could play with anybody. It was a tough loss, but I always say with 10 seconds to go, with high school kids, that’s a lot of pressure. Staten Island is two-time defending state champions. We did what we wanted. We played defense like our lives depended on it, and we rebounded like our lives depended on it.”

Sophomore Erika James led the Lady Knights with 15 points, and her sister had 10. Deidre Foster scored 13 and Sarah James 10. Ketsia Athias had nine points and 15 rebounds.

Sophia Demauro of Staten Island Academy drives to the basket in a girls Class A semifinal of the Federation Tournament of Champions at the Civic Center on Saturday.

Cameron Corbett of Staten Island Academy takes a jump shot in a girls Class A semifinal of the Federation Tournament of Champions at the Civic Center on Saturday.