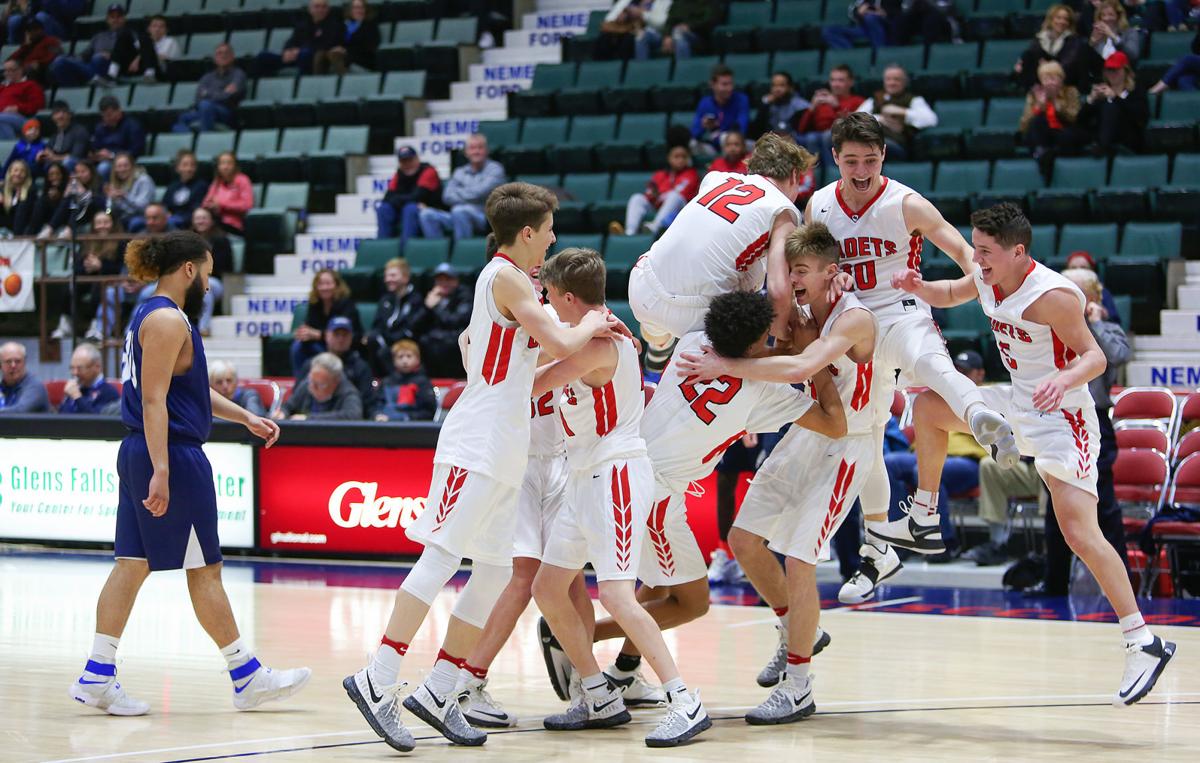 Albany Academy players celebrate the boys Class A final of the Federation Tournament of Champions at the Civic Center on Sunday. 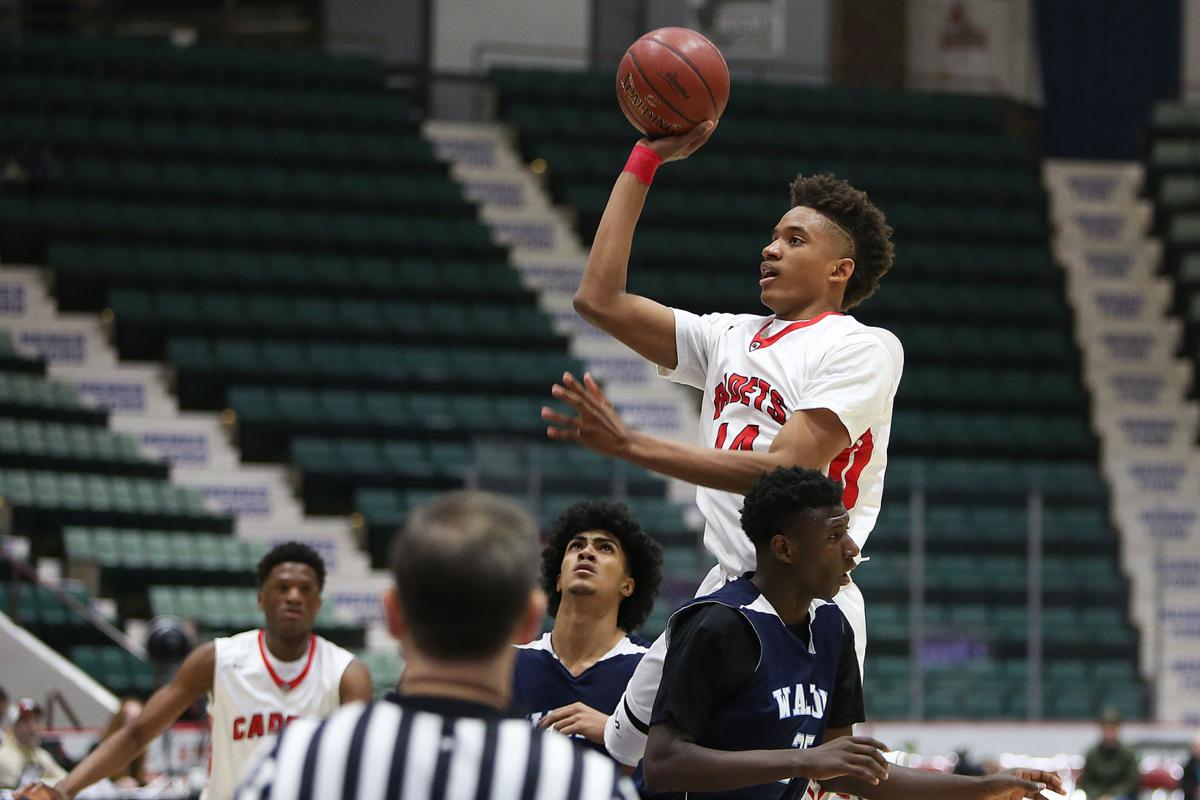 Albany Academy’s Hameir Wright, 44, drives to the basket during the boys Class A final of the Federation Tournament of Champions at the Civic Center on Sunday.

GLENS FALLS — Faced with the video cameras and voice recorder apps, Brian Fruscio got teary-eyed. His voice cracked as the Albany Academy coach tried to explain how it felt to repeat as winners of the Federation Tournament of Champions.

“It’s emotional because, because I’ve been with these kids for a long time,” Fruscio said after Sunday’s 76-46 win over Walton in the boys Class A title game. “It just, it means the world. Jim Mextorf, our JV coach, just got a new kidney. It’s been an emotional week for us. This is everything. It’s just hitting me.”

Fruscio took a breath, blinked a few times and answered the next question with a steadier voice.

Mextorf has been battling diabetes for a long time and lost a leg to the disease. He’s been on a transplant list for a years, and was taken off temporarily after losing his leg. Mextorf got word this week there was finally a matching kidney available.

“He’s a great guy, he’s been our JV coach for a lot of years,” Fruscio said. “We didn’t really talk about it with the kids. They knew about it but we didn’t talk about it. It’s emotional for me because he’s been with me all 10 years.”

It was no more emotional for Fruscio than last year’s win, when his son was on the team, but it was different. His relationship with CJ Mulvey, Hameir Wright and Will Bennett meant a lot. Many coaches have been with their players for a while, but the dynamics of a pre K-through-grade 12 school are a little different.

“It’s going to be really weird not playing for (Fruscio) next year,” said Bennett. “I’ve been playing for him since second grade. I don’t know what I’ll do next year.”

Bennett was proud the Cadets were able to repeat as champions with a very different group. It’s one thing to do it when you return largely the same team, but Academy graduated nine seniors last year and returned only three (Bennett, Mulvey and Wright) with real playing time.

Last year, Mulvey felt like he was kind of along for the ride. This year’s title means more as he was a captain, leading and shaping this team.

Bennett credited August Mahoney and Marcus Filien, the Cadets’ two non-senior starters, as really stepping up and making names for themselves. Mahoney scored a game-high 19 points on Sunday, and looked quite comfortable from beyond the arc with all of his field goals.

As the last of the Cadets filed off the arena floor, toward the bus, someone held up his phone high in front of him and they all started hollering for a Snapchat video. They reached the door and then ran back for one more photo with the court in the background. It was going to be a short, but fun bus ride back to Academy Road.

Albany Academy players celebrate the boys Class A final of the Federation Tournament of Champions at the Civic Center on Sunday.

Albany Academy’s Hameir Wright, 44, drives to the basket during the boys Class A final of the Federation Tournament of Champions at the Civic Center on Sunday.