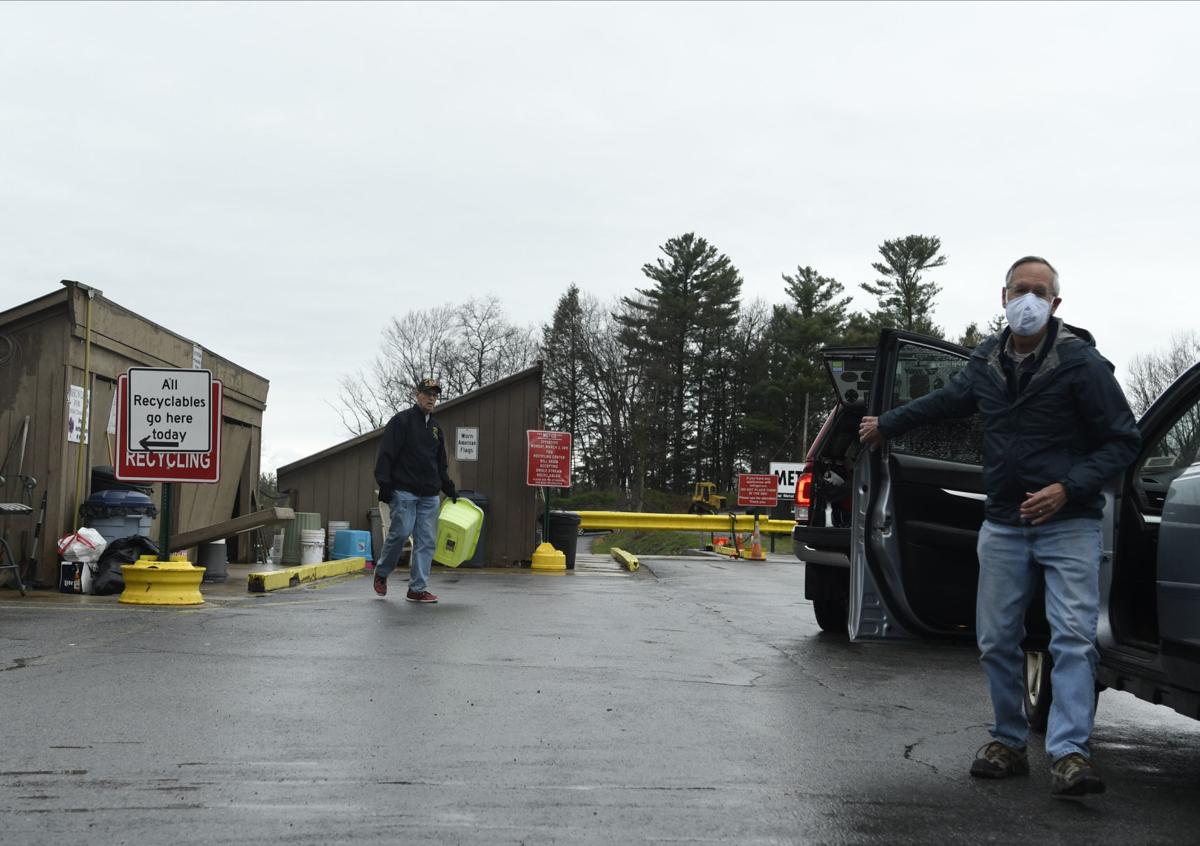 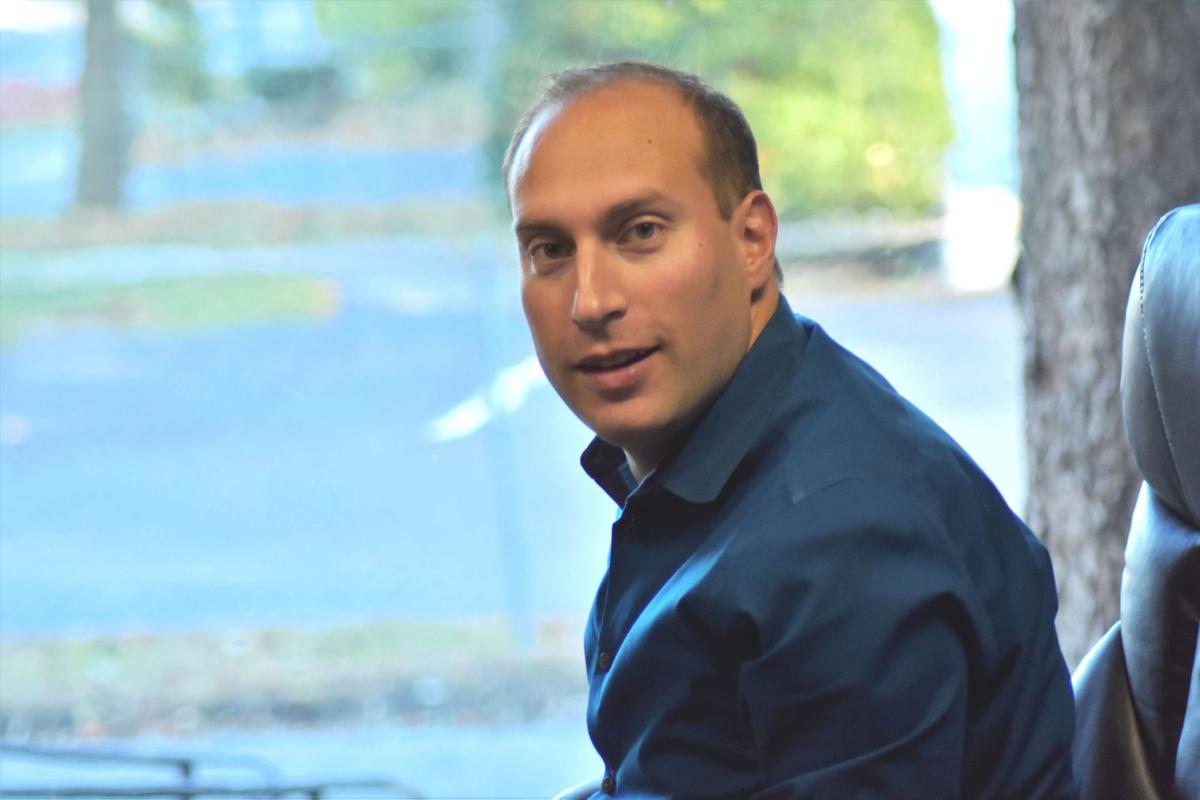 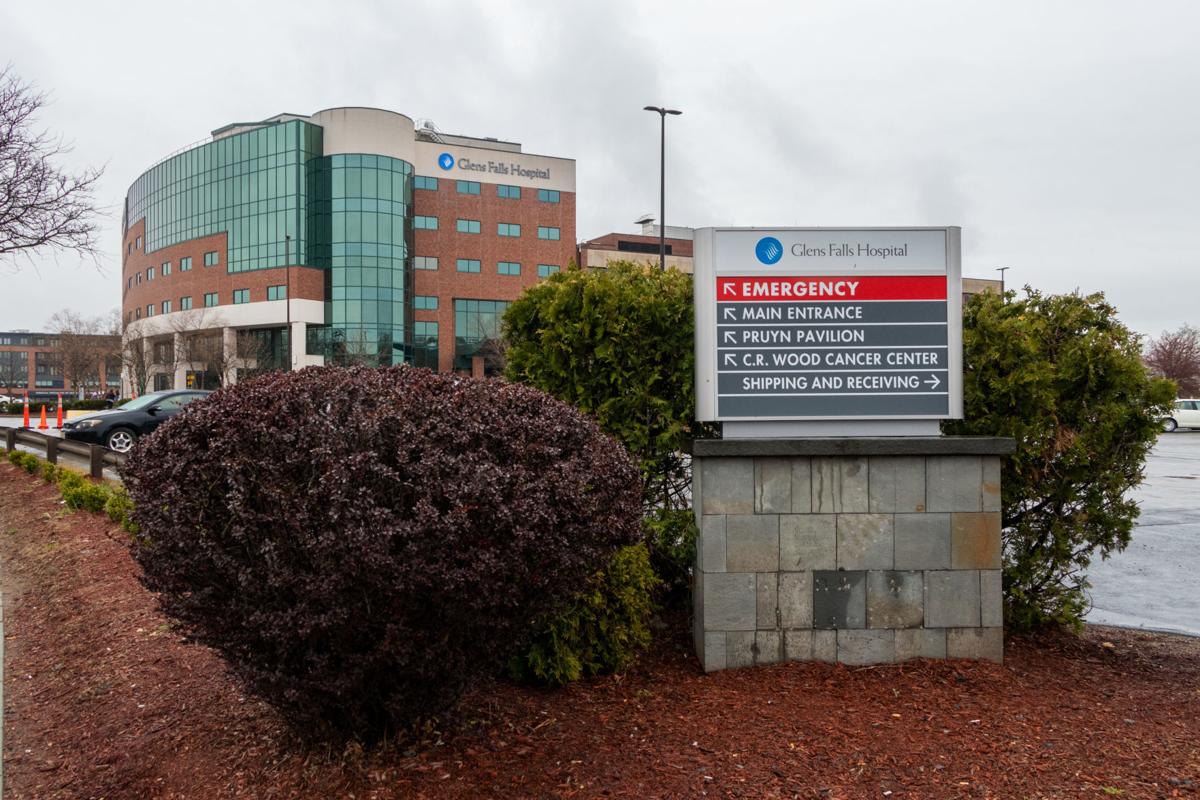 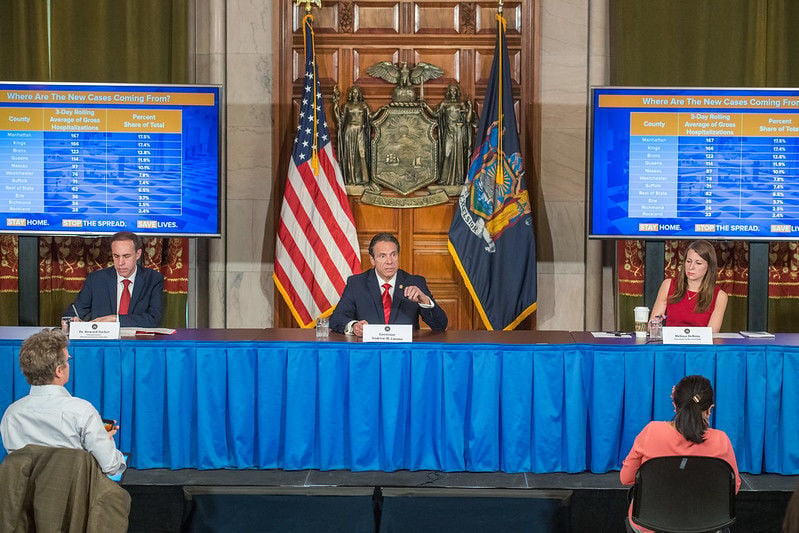 Gov. Andrew Cuomo addresses the media on Friday during his daily briefing in the Red Room at the Capitol. The governor announced schools in New York will be closed for the remainder of the academic year on Friday. 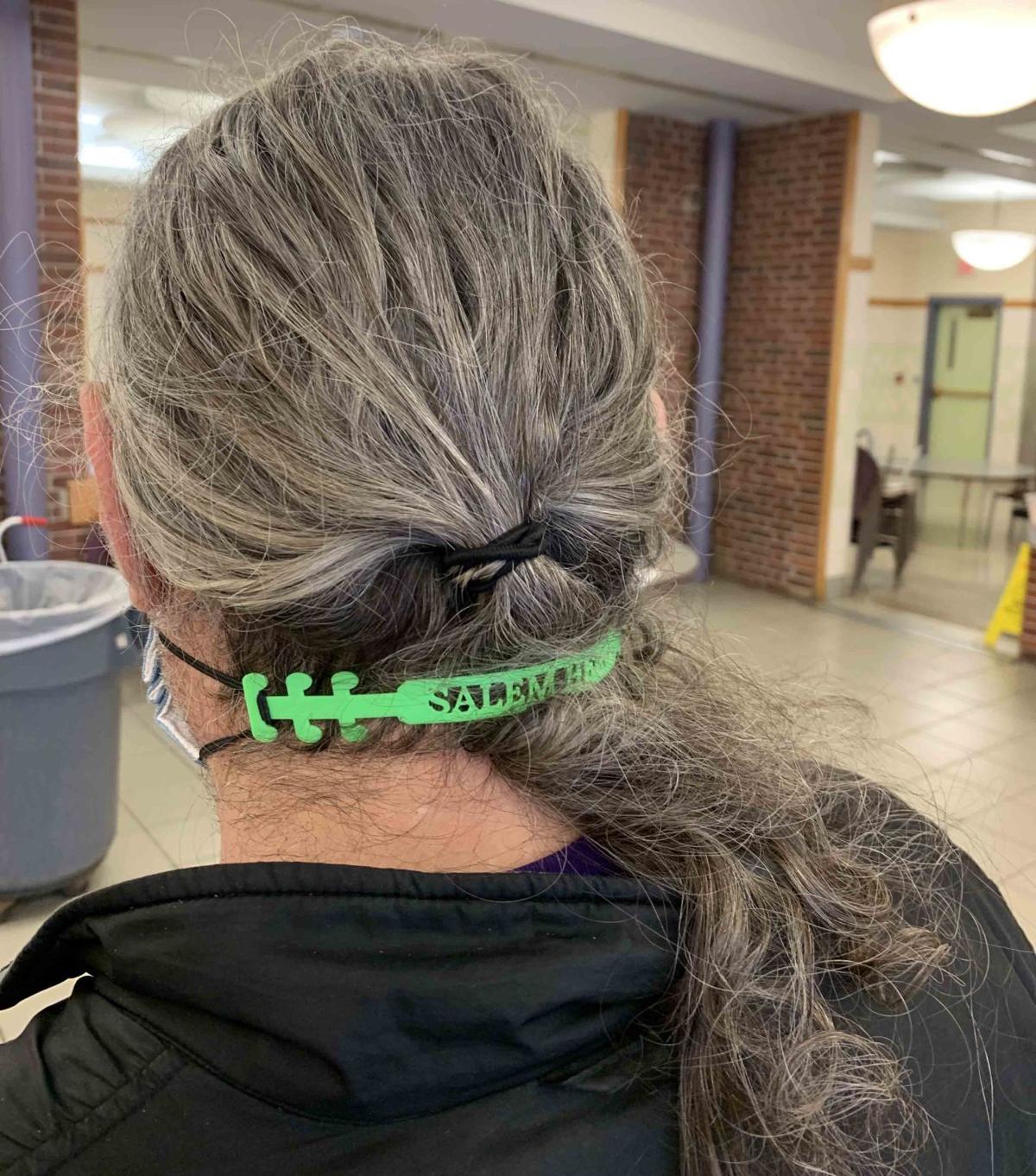 Students at Salem Central have created plastic bands called "ear savers" to minimize discomfort created by people who have to wear face masks for an extended period of time.

Bravos to Gov. Cuomo’s administration for cutting state spending in response to the fiscal emergency brought on by the widespread shutting down of businesses. The administration has ordered state agency directors to cut all nonessential spending and put a freeze on discretionary grants to municipal governments. We have just begun to feel the pain of the enormous economic slowdown caused by the pandemic. Governments will have to respond, just as households have to respond, by spending as little as possible. The Cuomo administration has estimated a budget shortfall this year of $10 to $15 billion, with further shortfalls expected for several subsequent years. All states, all local governments and the federal government are going to be forced make cuts and to curb spending. State officials should have begun earlier, but at least they have now started what will be a long, painful process.

School canceled for the year

Bravos to the state for canceling the rest of the school year. As difficult as this is for students and parents, it makes no sense to return students to school for a month or so, given the risks. We have learned that people infected with COVID-19 can show no symptoms for several days and that some people who are infected never feel sick but, nonetheless, can be contagious. Responding to the disease is a tricky but critical balancing act. We can't confine everyone to their homes for a month, but we need to slow the spread, and the only tool we have is social distancing. We must avoid close-contact situations and large gatherings, and school requires both. It's unrealistic to think precautions that would avoid transmittal could be taken in the hurly-burly of a school environment, so canceling school is the responsible course. The cancellation will give school leaders time to plan for the fall — to change the school schedule, if necessary; and to rethink situations where close contact is inevitable, like gym class and sports. It's possible — according to some scientists, it's likely — we will still be living with COVID-19 in September. So the challenge for school leaders now is to come up with ways to make school safer, even if that means dramatic transformations of the experience.

Boos to New York's Department of Health for its inadequately justified decision to prohibit Glens Falls Hospital from reopening. Based on the number of COVID-19 cases in the Glens Falls region, particularly at nursing homes, the Health Department decided the hospital could face a surge of cases and so must keep space available. But the hospital would reopen gradually, not all at once. It seems inexplicable that the Health Department allowed Saratoga Hospital to reopen, when it's smaller and has had to deal with more COVID-19 cases, but ordered Glens Falls to keep much of its operation shut down. The pandemic is the state's top health care priority, the state has not made a convincing case for its decision. The average of coronavirus patients at Glens Falls Hospital has been about six per day, with a high of 12 three weeks ago. Meanwhile, great damage is being done to the hospital's finances, with revenue down about 50% from the same time last year, and 350 workers furloughed. The state should revisit this decision.

Everyone working to make a difference

Bravos to everyone wearing face masks in public places and to the great majority of people who continue to make sacrifices to keep themselves and others safe. This isn't easy, and no one should diminish the difficulty of being forced to leave your job. This is a time of anguish for many New Yorkers. But it’s even worse for those battling COVID-19 and their families. But, whether it's wearing a mask or sanitizing the handle of a grocery cart or passing up a trip to the store that isn't necessary, everything each one of us can do is helping all of us get — someday — to the other end of this crisis.

Bravos to Queensbury and Moreau for adjusting to conditions and returning their transfer stations to their full schedules. Both towns had cut hours at the municipal transfer stations, on the premise that workers would spend fewer hours per week interacting with the public and would, therefore, be safer. But with the same number of people (or perhaps more) coming in far fewer hours, the stations became crowded. And all the people spending more hours at home are doing more home projects, which means larger loads at the transfer stations. Under the circumstances, it would make more sense for towns to lengthen hours at their transfer station hours, not shorten them.

Efforts made to salvage a festival

Bravos to Adirondack Theatre Festival's leaders, especially its director, Chad Rabinovitz, for trying as hard as possible to come up with a way to stage some part of the festival this summer, even if it's only a small part. Although many summer events and other theater festivals have already canceled, Rabinovitz wants to make sure he has considered every possibility. The festival is critical to the success of downtown businesses, and the rejuvenation of downtown has led the way over the past decade in the increasing prosperity of the city of Glens Falls and the entire region. The logistics of staging live theater during a pandemic are daunting, however. In the end, the most important thing is limiting losses so that, when the day comes that we emerge from the pandemic, our businesses and festivals and local governments will be able to get going again.

Bravos to Warren County for releasing on Monday the total number of coronavirus cases that have been confirmed in the county – 182 – and breaking that figure down into the following categories: 91 involving residents in nursing homes, 11 in assisted living and 80 in the community. It’s notable that a full 50 percent of the cases have been in nursing homes, demonstrating the enormous challenges nursing home workers face, as they care for a vulnerable population living in tight quarters. The prevalence of the virus in nursing homes should be kept in mind as we try to reopen businesses and allow people to get out of their houses more often. Because the only way to slow the pandemic is to keep people away from each other, and the more it spreads, the more this most vulnerable population will be at risk.

Local editorials represent the opinion of the Post-Star editorial board, which consists of Editor Ken Tingley, Projects Editor Will Doolittle and Publisher/Controller/Operations Director Brian Corcoran.

Gov. Andrew Cuomo addresses the media on Friday during his daily briefing in the Red Room at the Capitol. The governor announced schools in New York will be closed for the remainder of the academic year on Friday.

Students at Salem Central have created plastic bands called "ear savers" to minimize discomfort created by people who have to wear face masks for an extended period of time.