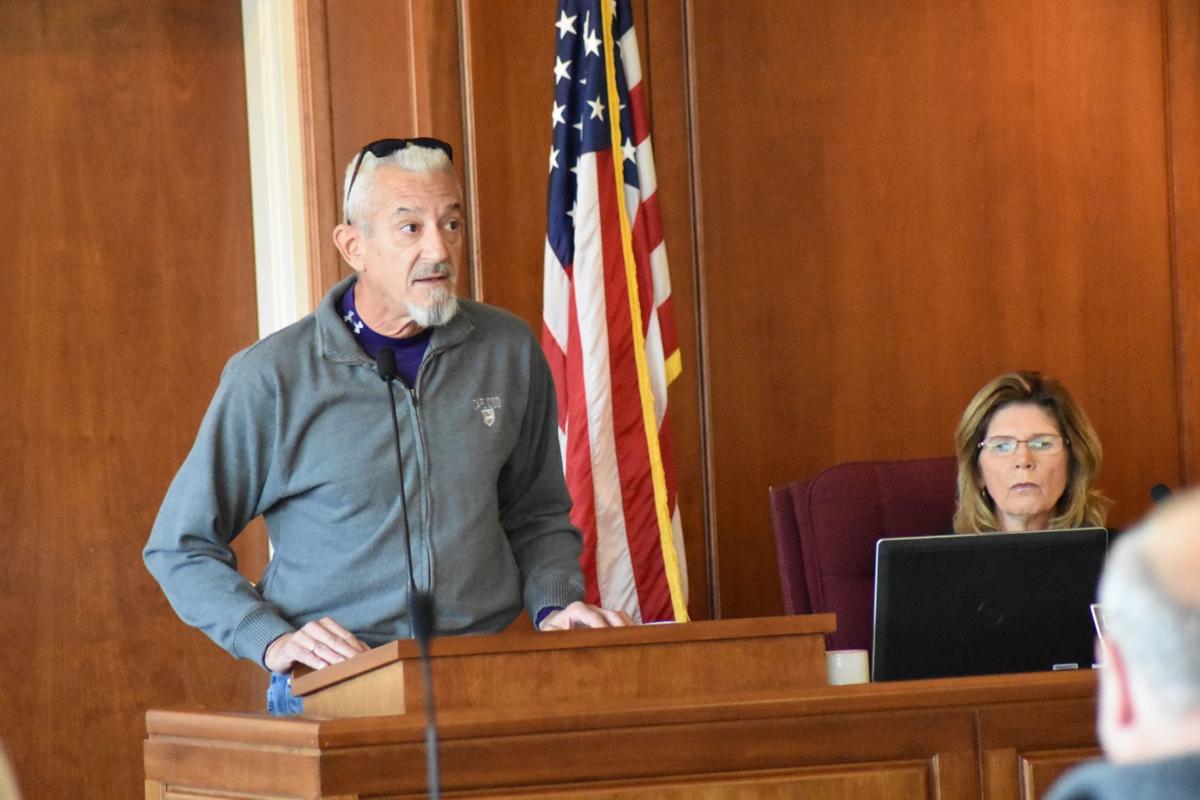 Cambridge resident Peter Harko speaks in favor of more money being allocated in the county 2020 budget for road repairs. The Washington County board's finance committee decided to add money back into the budget for roads and bridges.

The exterior of the old post office building on Warren Street in Glens Falls is seen in this file photo. Developer Peter Hoffman has announced that the Social Security Administration plans to move from its Queensbury location to this building next summer. 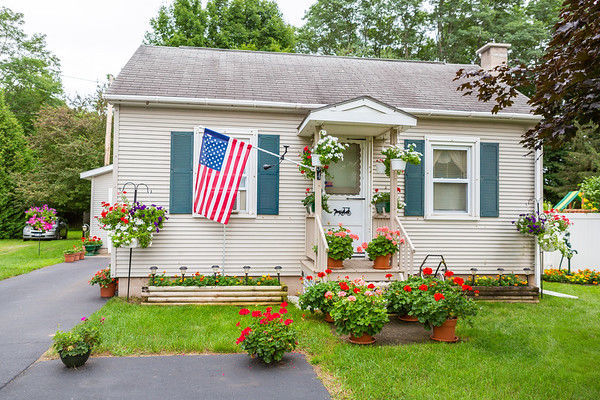 Richard Belden's home is seen at 1254 Burgoyne Ave. in Fort Edward. Belden was recognized by the Fort Edward Town Board for his flowers.

Bravos to the Washington County supervisors, led by Granville’s Matt Hicks and Hebron’s Brian Campbell, who added back into the county budget money for road work. It’s counterproductive to cut money for county roads and bridges — it’s a classic case of seeking short-term gain that will result in long-term pain. We applaud the fiscal conservatism of the county’s budget officer, Easton Supervisor Dan Shaw, but everything, including frugality, can be taken too far. Pinching pennies makes no sense when it will lead, before long, to losing dollars. It’s so much better to keep up with the maintenance of roads and bridges by spending some money in a consistent way than neglecting them to save money for a few years, then facing a crisis, or more than one, as the infrastructure begins to collapse. Especially now, with the growing severity of storms, counties have to invest more money, not less, in their infrastructure. For the current budget, money from the fund balance will be used to keep the roadwork in while not exceeding the tax cap. In future years, the county must reconsider its priorities. Anything else the county does to increase local welfare and prosperity will be meaningless if bridges are being closed and roads are crumbling. Infrastructure has to be the top priority.

Bravos to Peter Hoffman, owner and developer of the old post office building on Warren Street in Glens Falls, who announced last week he has signed the Social Security Administration to move its local offices from Cronin Road in Queensbury into his building. This is great news for everyone. The busy Social Security office will now be in the heart of the city, centrally located for the region and easy to reach via public transportation. The grand old building, which not that many years ago was on the brink of getting torn down, now has a major, long-term tenant that will probably never be late with rent. And Hoffman’s belief that the city’s old, historic buildings still have value is being validated again. Glens Falls has been fortunate to have developers like Hoffman who, without being compelled by regulations, have committed themselves to preserving the lovely historic features of the city’s architecture. As a result, Glens Falls has a unique downtown that has not sacrificed architectural variety and attractiveness to commercial considerations. A large part of the city’s appeal can be credited to the preservation of its historic architecture, and a large portion of the credit for that goes to developers like Hoffman.

Boos to our congresswoman, Elise Stefanik, for failing to take seriously the impeachment hearings now taking place before the House Intelligence Committee (she sits on the committee,) and instead using her time to make irrelevant complaints and participate in publicity stunts. We haven’t always agreed with Stefanik’s policy positions, but we have considered her a serious politician who was above the sort of attention-seeking hyper-partisanship that Washington, D.C. seems to encourage these days, especially among Republican members demonstrating fealty to President Trump. Stefanik’s worst episode took place during the questioning of Marie Yovonovitch, the former ambassador to Ukraine, when Stefanik attempted to insert herself into time reserved for other questioners. When Adam Schiff, chairman of the committee, cut her off, she tried to claim he was being sexist. Actually, he was enforcing the rules of the committee, which apply to all members equally. It was she who was creating an unnecessary disturbance, she who was grandstanding. We don’t know what has happened to Stefanik in recent weeks, but she seems to have decided the best way to get recognized in Washington is to act like a fanatic. That’s too bad. It’s to her credit that she sits on this important committee, and it would be to her credit if she conducted herself with dignity. We can’t imagine her stunts are going over well in her district, and there is an even larger issue: She has a duty to the country and the Constitution to address the substance of the issues her committee is investigating. We wish she would start doing it.

Bravos to Richard Belden of Fort Edward for his personal tradition of adorning his home at 1254 Burgoyne Ave. every spring and summer with a riot of beautiful flowers, especially geraniums. Belden puts a lot of effort into his flowers, keeping potted geraniums and other plants in his basement over the winter, fertilizing and watering them in the spring in preparation for moving them outside. It’s not just geraniums Belden tends; it’s zinnias, petunias, dahlias, marigolds and impatiens. Their profusion and their color cause people to stop along the road to soak in the spectacle, and that has been going on for 23 years. In October, the Town Board honored Belden with a resolution that recognized his hard work in making his yard “one of the nicest in the town.” What a great way to improve the community, one bloom at a time.

Cambridge resident Peter Harko speaks in favor of more money being allocated in the county 2020 budget for road repairs. The Washington County board's finance committee decided to add money back into the budget for roads and bridges.

The exterior of the old post office building on Warren Street in Glens Falls is seen in this file photo. Developer Peter Hoffman has announced that the Social Security Administration plans to move from its Queensbury location to this building next summer.

Richard Belden's home is seen at 1254 Burgoyne Ave. in Fort Edward. Belden was recognized by the Fort Edward Town Board for his flowers.