Bravos to the thousands of people of all ages and all sorts who showed up Saturday in Glens Falls to march and proclaim that black lives matter. It's a simple, powerful truth, and it shouldn't be difficult for every single person in this country to embrace. Black lives matter, and it matters that we make that declaration, and mean it, and act on it, because too many times and for too many years, too many white people in this country have acted as if black lives don't matter. The focus now is on the police, as it has been before. But police officers are simply the enforcement arm for standards established by the larger society — they don't stand apart. If the police are unfair, unjust, brutal, that is because we are. We hire the police, we train the police, we tell the police what is acceptable and what isn't. We can change those standards, and that is what these protest marches are about — making change for the better. What has been wonderful is to see how broad the coalition is that wants change and, in some cases (not all), how receptive leaders of police agencies have been to their message.

Boos to Washington County Sheriff Jeff Murphy who, in his role as president of the state Sheriffs' Association, put out a defensive and misleading open letter that reacts to the calls now coming from many quarters for police accountability and reform. Murphy begins with a condemnation of the "action of the officer who unjustifiably took the life of George Floyd," and although that sounds good at first, it overlooks that four police officers, not one, were involved in the unjustifiable taking of George Floyd's life. Twice more in his letter, Murphy asserts Derek Chauvin acted alone, mentioning "the inexcusable action of one police officer in Minneapolis" and referring to "one rogue cop." This was four cops, acting in concert to kill a man, and it was not an isolated incident. Murders of black people by white cops have taken place with a terrifying regularity. During the night of March 13 in Louisville, Kentucky, a woman who was asleep in her bed — Breonna Taylor, an emergency medical technician — was shot to death by Louisville officers with a no-knock drugs warrant who burst into her home. No drugs were found, and the warrant concerned a man who lived elsewhere and was already in police custody. In New York, the killing of Floyd brings back bad memories of the unjustified, brutal killing of Eric Garner in New York City, a man who was tackled from behind with no warning and strangled with a chokehold while he pleaded that he couldn't breathe. Several officers stood around Garner, watching, while he was killed. The officer who killed him, Daniel Pantaleo, was never charged with a crime. Murders of black people by white people who have escaped punishment have also been all too common, as in the Trayvon Martin case. This February, a young man who was out jogging in a suburban Georgia neighborhood — Ahmaud Arbery — was chased by three men in pickup trucks and cut off when he tried to escape. One of the men shot him with a shotgun when Arbery finally turned to face him and tried to wrestle the gun away. For more than two months, no charges were filed, and they probably never would have been had not a video of the chase and the shooting surfaced. In this atmosphere, rather than reassure the public, Murphy reinforces the idea that police authorities have no interest in listening to the hundreds of thousands of people pleading for justice. Instead, he expresses anger over "politicians and other leaders" who bring up "systemic racism" in police agencies. He calls this "disgusting conduct, which itself fuels racism," as he makes the classic, nonsensical argument that it is the person who calls out racism who is the real racist. He concludes by admitting that police are mistrusted in minority communities, saying more outreach is needed "to combat the false view of police as the oppressors, which has been inculcated into many minority communities, and which allows opportunists to take advantage of such things as the George Floyd tragedy to foment more hatred and more chaos." So, according to him, if black people mistrust police, that is not because they have suffered at the hands of officers who abused their power, but because they are being misled by "opportunists." Murphy contradicts the lived experience of millions of black people in this country and insults their intelligence in the process. His letter fails to rise to the moment we are having in this state and in the United States. It's a shame it was written by a local county sheriff and a bigger shame it was written by the leader of the state Sheriffs' Association. The rest of the sheriffs in New York should reject it, publicly. If they want to make a more meaningul statement, instead of an angry two-page letter, they could try three incontrovertible words: Black Lives Matter.

Bravos to the customers at local restaurants who have been going out of their way to leave generous tips on takeout orders. The restaurant industry has been especially hard-hit by the pandemic. Many servers have been furloughed or laid off, and those who have kept their jobs have had to survive on takeout business, traditionally a low-tipping affair. But several local servers reported to Post-Star freelancer David Blow that they have been surprised and gratified by customers' generous tips, and several customers told him they're making a point to leave good tips, even on takeout, because of the hard times. This is one of the little ways people look out for each other. Patronizing local restaurants to keep them going through these difficult months is an act of loyalty and generosity that will, hopefully, be rewarded when everything reopens and your favorite place to eat is still in business. Giving good tips is a way to acknowledge the hard times and do a little bit to help other members of our community hang on.

ATF gets creative in face of pandemic

Bravos to Adirondack Theatre Festival for working hard to come up with fun, innovative ways to offer theatrical entertainment to its loyal, local audience, even though its summer season has been canceled. Their newest offering, "In the Box Entertainment," is truly new and exciting, involving online, interactive entertainment enhanced by props and swag and mood-enhancers mailed in boxes to viewers before the show. In this way, ATF is accommodating itself to the restrictions of the pandemic while offering its audience an experience that is more than just a streamed online performance. These ticketed performances will take place on the online meeting platform Zoom, which means they will be seen live as they are performed. Like any live performance, they will offer the possibility of impromptu surprises and interaction between audience and performer. The "box" will add a whole other element of fun. Despite the hardship of having to cancel its entire summer season at Charles Wood Theatre in Glens Falls, ATF continues to be a creative and exciting part of the local arts scene.

Local editorials represent the opinion of the Post-Star editorial board, which consists of  Editor Ken Tingley, Projects Editor Will Doolittle and Publisher/Controller/Operations Director Brian Corcoran.

Some in law enforcement worry that elected officials are using George Floyd's death to advance a political agenda.

Thousands show up for peaceful rally and march in Glens Falls

At least 2,000 people showed up in City Park early Friday afternoon for a Black Lives Matter rally and march.

March is meant as a message: Stop the murders

Local people intending to go to the "Black Lives Matter" march on Friday want to join the national plea for justice and for unjustified murders of black people to stop.

BLOG: Tear slavery's defenders from our public squares and from our hearts

Speeches in the U.S. Senate leading up to the Civil War have echoes in arguments being made now in national debates. 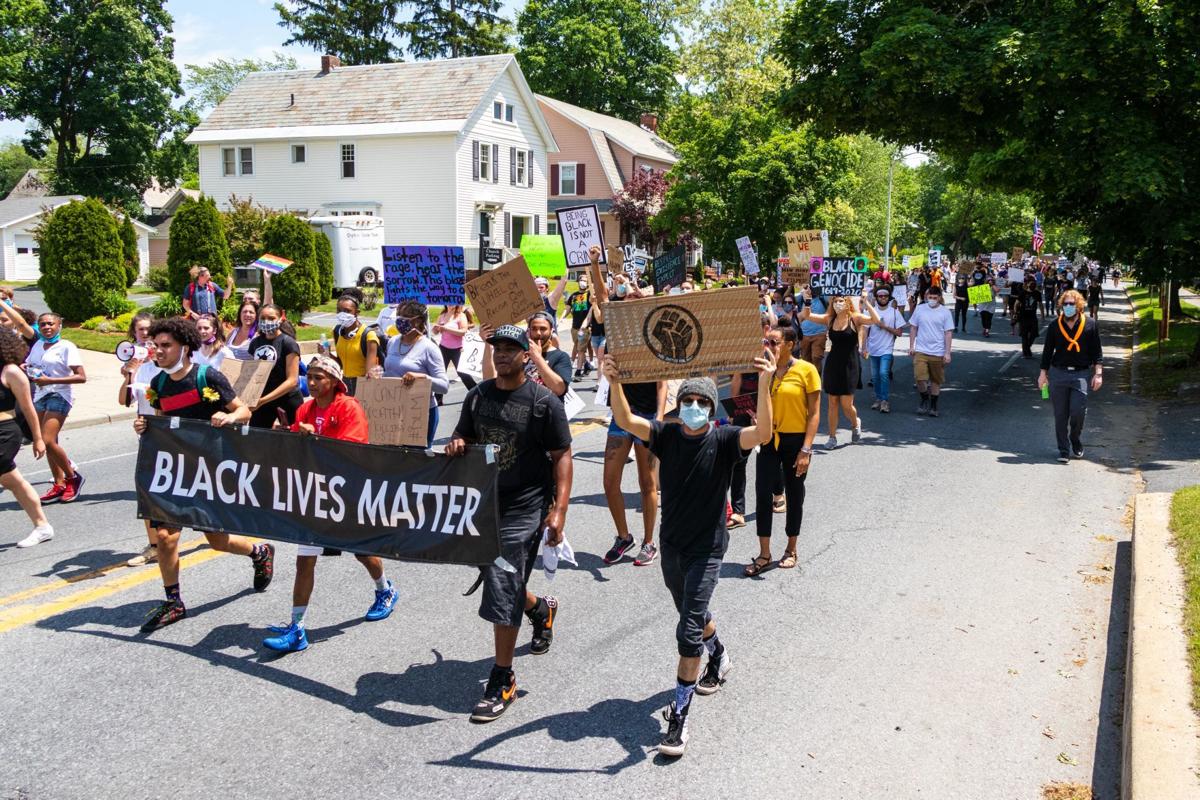 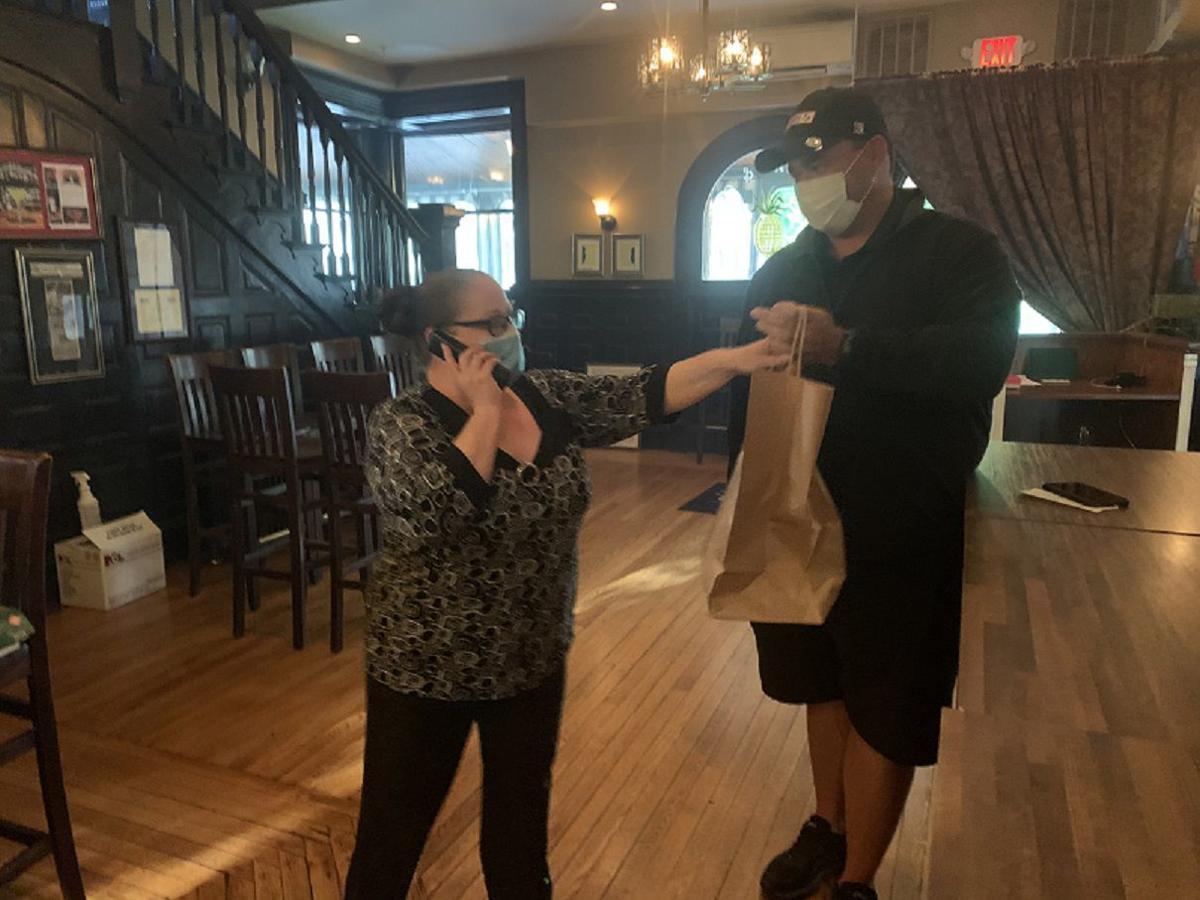 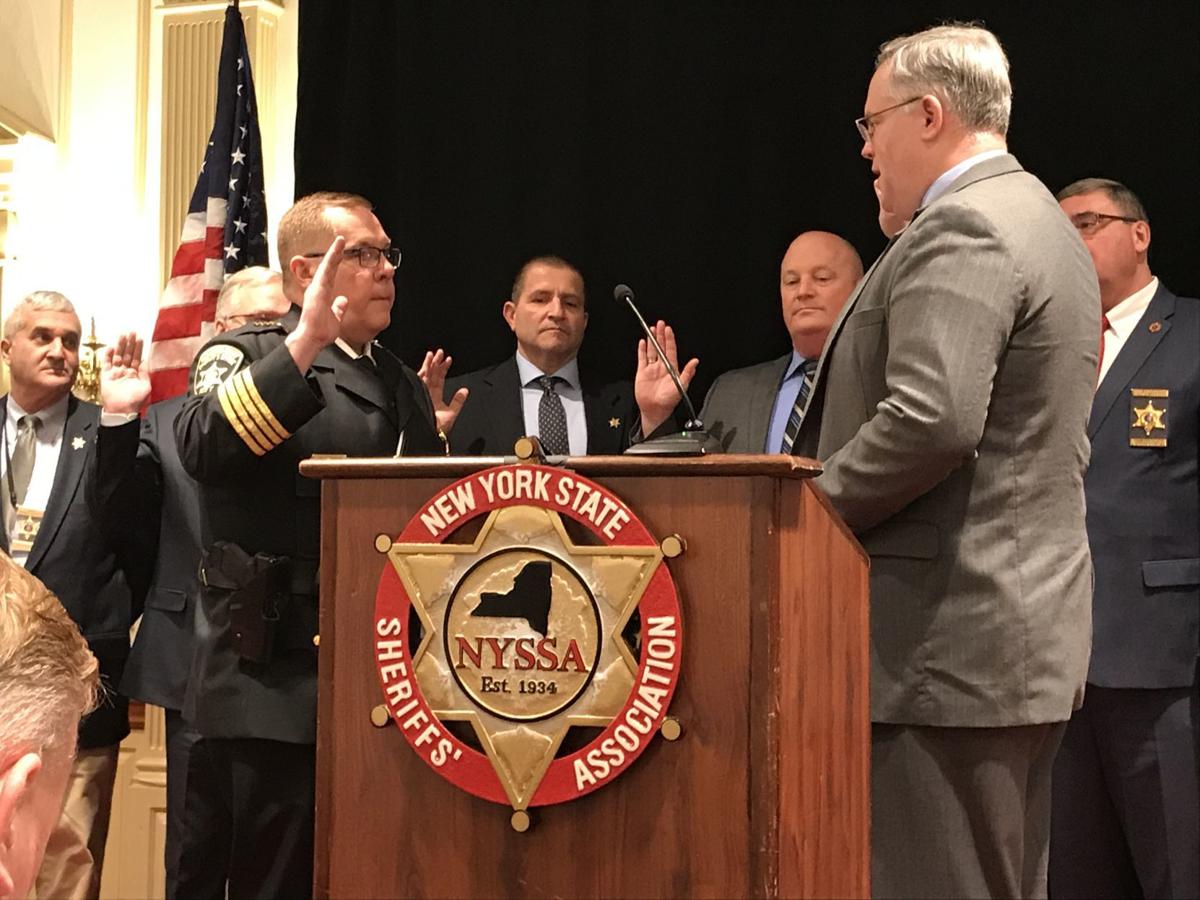 Washington County Sheriff Jeff Murphy, left, is sworn in as president of the New York State Sheriffs Association on Wednesday in Albany.