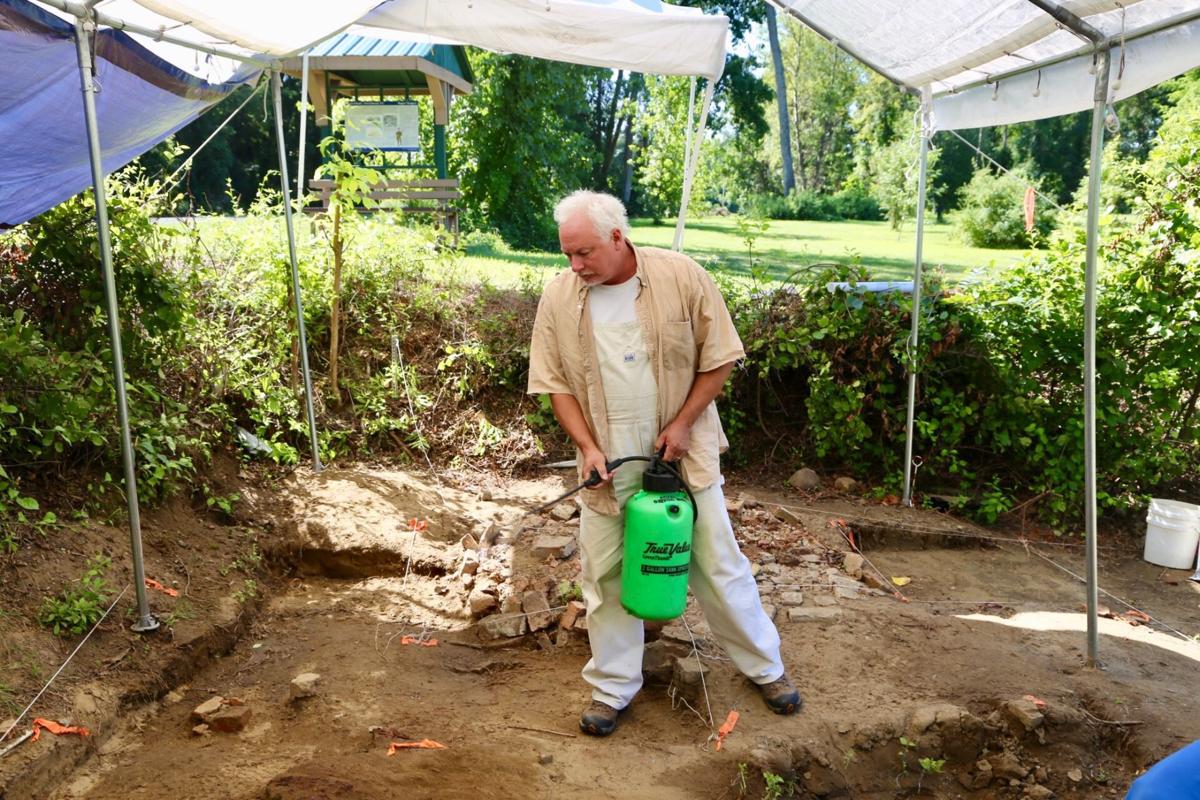 Matthew Rozell, an historian and author who has helped archaeologist David Starbuck on multiple digs, mists water to better see parts of a wooden floor on the site of an 18th-century officer's house Thursday on Rogers Island in Fort Edward. 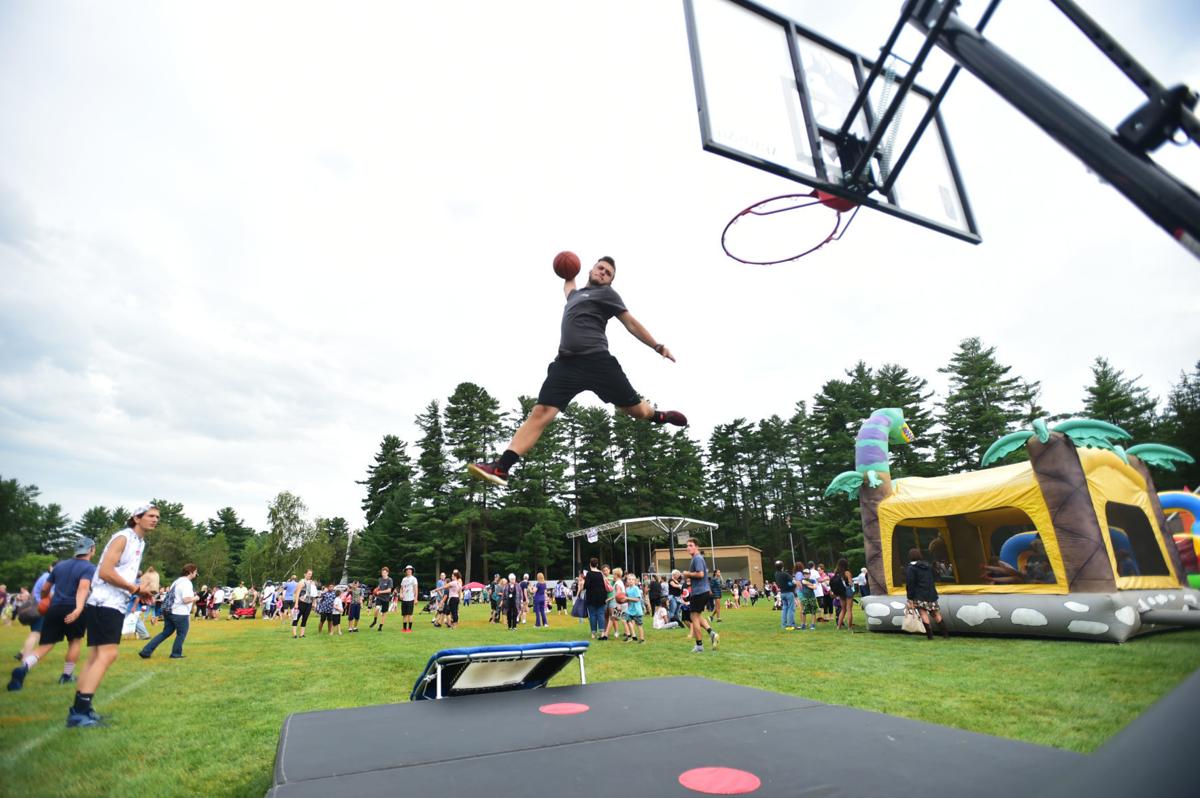 Adam Liebler,  a counselor at Word of Life camp in Schroon Lake, shows off his dunking skills for the crowd at Schoolapalooza at Crandall Park in Glens Falls last week. The sixth annual event provided free haircuts, clothes and backpacks full of school supplies to local youths as they prepare to head back to school in September. 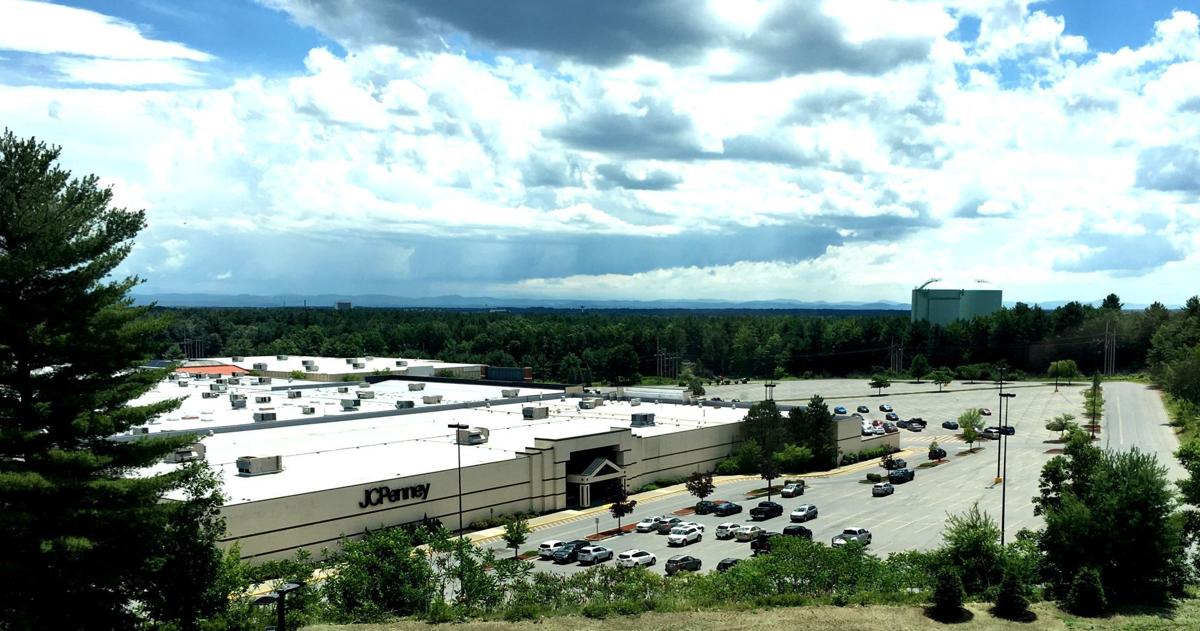 Aviation Mall is seen from the Home2 Suites in Queensbury. The shopping center will be welcoming Ollie's Bargain Outlet at the end of the month and General Manager James Griffith feels the mall has turned a corner after losing some long time tenants.

Bravos to David Starbuck and Matt Rozell for their continued dedication toward telling the story of Rogers Island. Both Starbuck and Rozell were initially involved in a Revolutionary War dig there in the 1990s, and both returned this summer as part of the SUNY Adirondack Archaeological Field School. The two, using their knowledge from the past, attempted to piece together the two digs to help complete the story. Several important finds were made over the summer, and Starbuck says he plans to continue digging. We’re not surprised at all.

A streamlined process has resulted in the Warren County Board of Supervisors hearing fewer appeals at its "last chance" tax auction meeting.

Supervisors efforts are paying off

Bravos to the Warren County supervisors for their continued effort to streamline the process for foreclosing on properties so that the owners have every opportunity to work out a deal to keep their property and avoid last-minute emotional pleas, which often left supervisors in an awkward position.

Transition to new sheriff begins in Warren County; Undersheriff post to be left vacant until Jan. 1

Warren County Sheriff Bud York does not plan to replace his second-in-command, Undersheriff Shawn Lamouree, when Lamouree leaves the department for a job in the private sector in the coming weeks.

York plans to leave the position vacant for the remaining months of his term. Under the department's chain of command, sheriff's Maj. Jim LaFarr, who is their heir apparent to the sheriff position come Jan. 1, is the next in line when the undersheriff is not available.

Bravos to Warren County Sheriff Bud York for his offer to help smooth the transition for a new sheriff. Major Jim LaFarr won the recent Republican primary against Undersheriff Shawn Lamouree, who announced recently he would not actively campaign despite being on the Independence Party line in November. York has said that he and Lamouree, who will be leaving the Sheriff’s Office in a few weeks, will work with LaFarr so that there is a smooth transition.

The Fort Ann Historical Society has erected a 10-foot timeline depicting the history of Fort Ann, from 1650 to 2013, in the pocket park just north of the village of Fort Ann.

Bravos to the Fort Ann Historical Society for its efforts to install a 10-foot long timeline of Fort Ann history along Route 4. It is the type of effort that will be paying dividends for decades to come. People love to know about their own history, as well as the places they are visiting, especially when it is a rich history like Fort Ann’s.

After several failed attempts over the past year, the Warrensburg Board of Education approved a motion to hire school resource officers in the district Monday night.

The majority of districts in Warren and Washington counties approved similar measures this time last year as scrutiny on school security rose after the Parkland, Florida, school shooting in February 2018.

The motion passed 5-2, with Ash Anand and board President Doug West voting against.

Elected officials should vote what they believe

Boos to Warrensburg school board Vice President Nicole Winchell for changing her vote on whether to have a school resource officer in the school, not because she had a change of heart, but because she believed this was what the voters wanted. She went on to say that her personal opinion was the “opposite” of how she voted. While elected officials should always listen and give careful consideration to what their constituents have to say, they ultimately should do what they believe is in best interest of their community. And they should never vote against what they believe in.

Aviation Mall is using space to attract visitors with boats and RVs as more tenants line up to fill vacancies in shopping center.

General Manager James Griffith is optimistic about the future as the region continues to grow and eyes entertainment-style venues to supplement the retail.

Bravos to Aviation Mall General Manager James Griffith for trying a new direction with the mall. The mall has seen cornerstone retailers like Bon Ton and Sears leave in recent years, and with more and more consumers shopping online, we suspect that trend will continue. Seeking out businesses that will serve a different niche in the community — entertainment and events — is certainly worth a try. Other malls, specifically Crossgates in Albany, have made similar thematic changes with some success.

Back to Schoolapalooza: Event distributes more than 1,000 backpacks to community

‘Schoolapalooza’ was a great success

Bravos to various youth ministries across Warren and Washington counties for hosting “Scholapalooza” to help area youths get ready for school. The groups distributed nearly 1,100 backpacks to various groups at a festival that included a book exchange, sports equipment exchange, donated clothing and free haircuts from local barbers and stylists. It’s a great idea that we hope will become an annual tradition. It might even make those horrible words “back to school” a little easier to bear for the students.

Bravos to the Adirondack Council for its opposition to a proposal by the Environmental Protection Agency to allow aging power plants to get special permits for a net increase in pollution while not implementing new pollution controls. The Council has concerns that loosening of the standards could lead to a return of acid rain in the Adirondacks.

A softball renaissance in Glens Falls

GLENS FALLS — If you’ve driven past Crandall Park on a Wednesday evening this summer, you ma…

Bravos to Edward Corcoran and Ken Quimbly, two longtime slow pitch softball players, for their work in rounding up support to resurrect the Glens Falls recreation softball league at Crandall Park. Long a tradition, the league did not operate last year because of lack of interest. But with Corcoran and Quimby recruiting teams, the league was back with six teams this year.

Bravos to the town of Hartford for consistently putting aside funds over the past few years so that it could ensure the preservation of New York’s last Civil War recruitment station. Significant work has begun on preserving the Hartford landmark. Building on the $25,000 the town put aside, Assemblywoman Carrie Woerner helped the town secure a $125,000 grant from the state.

EDITORIAL: Sometimes representatives have to stand up to voters

The six of us had not been together in one room for some time. That is not unusual during the summer months with vacations and trips, so our e…

The Hudson Falls community recognized a fallen hero on Saturday while the Fort Edward Police Department welcomed a new four-legged officer to the force and more in this week's Boos and Bravos.

Boos to Gov. Andrew Cuomo and the New York State Board of Elections for a total lack of communication regarding the funding to local counties for early voting.

Planning Board goes forward with complex

Matthew Rozell, an historian and author who has helped archaeologist David Starbuck on multiple digs, mists water to better see parts of a wooden floor on the site of an 18th-century officer's house Thursday on Rogers Island in Fort Edward.

Adam Liebler,  a counselor at Word of Life camp in Schroon Lake, shows off his dunking skills for the crowd at Schoolapalooza at Crandall Park in Glens Falls last week. The sixth annual event provided free haircuts, clothes and backpacks full of school supplies to local youths as they prepare to head back to school in September.

Aviation Mall is seen from the Home2 Suites in Queensbury. The shopping center will be welcoming Ollie's Bargain Outlet at the end of the month and General Manager James Griffith feels the mall has turned a corner after losing some long time tenants.