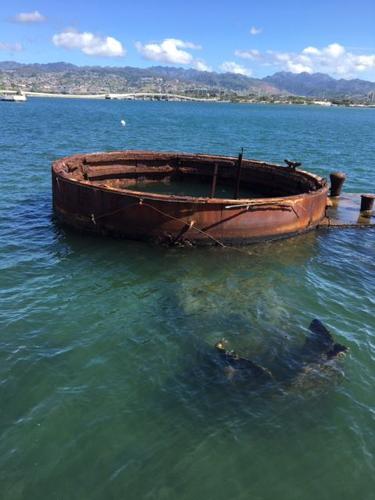 The turret from the battleship Arizona is still visible decades after the attack. Thousands of visitors still make the pilgrimage to the memorial at Pearl Harbor. Someday, we may have memorials like this to the Earth before climate change. 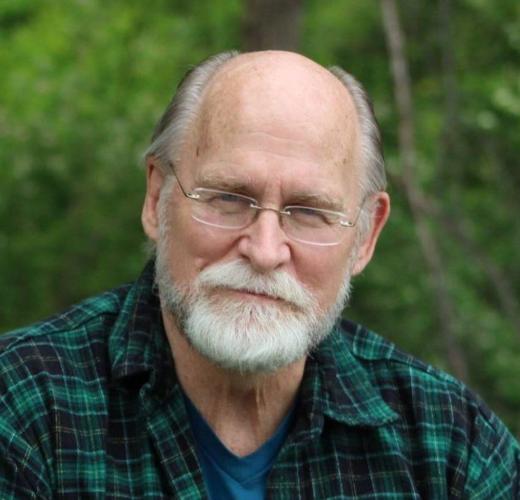 My father was a young high school teacher in Florida on December 7, 1941. Following Pearl Harbor, he joined the Army and made it his career, including in Army intelligence assessing future security threats.

I once asked him what he thought, on the day of the Pearl Harbor attack, were our chances of winning the war. His answer was “not good”. He was confident in 1941 that America could build a massive military force, and that our role as the arsenal of democracy could prove decisive. But the key questions were “is there enough time left, or have we waited too long”?

For people of my generation and those younger, World War II looks like a familiar movie about a football team that storms back from a terrible first half to win the big game. The problem is that since we already know that the story has a good ending, we have become dangerously oblivious to the reality that we very nearly lost that war. And there is an important lesson in that for us today as we face another profound threat to our world—that of climate change.

President Franklin Roosevelt had been trying desperately to get recognition of the tremendous scale of the threats to America, and of the need to join directly into the war against Adolph Hitler even as he tried to buy time to build up our forces facing a possible war with Japan. But isolationists kept hindering such actions, claiming that the threats of Hitler or the Japanese were not clear enough, and denying the seriousness of these threats to the U.S. By the time Pearl Harbor forced us into war, overcoming the deniers, we were at a high risk of losing that war. And without some luck, we probably would have.

The most decisive piece of luck was Hitler’s underestimation of the Russians. Hitler was sure his surprise attack in June 1941 would defeat Russia before the snows came and would allow Germany to turn its full might to the western front. He misread Russia’s staying capacity. Estimates are that well over 16 million Russians died, meaning more than 40 Russian deaths for every American one. Over two-thirds of the German military deaths in World War II were on the eastern front. By the time of the bold invasion of Allied forces at Normandy, we were facing a weakened enemy that still had over half of its forces fighting the Russians. Indeed, if Russia had collapsed in 1941-42, the delayed U.S. entry into the war until after Pearl Harbor would probably have been too late to be decisive, with horrific consequences for our country and our world.

This lesson about the danger of waiting too late to fight back against a grave threat — by denying its importance, or even its existence — resonates strongly for us today. Most Americans recognize the reality of climate change. However, they don’t fully understand the truly catastrophic impacts it will have unless we make major changes now to curb greenhouse gases. The evidence is already piling up – record fires in the west, record hurricanes in the south, record high yearly temperatures globally, including 100 degrees recorded north of the Arctic Circle, and much, much more.

A key aspect is that the greenhouse gases we put into the atmosphere today will be with us for many decades to come. If we wait for the catastrophes to be fully upon us, we will have waited too long to be able to reverse many of the worst changes, whatever we eventually do.

The incoming Biden administration has already committed to make the fight against climate change a top national priority. But if our actions are to be soon enough, and powerful enough, this fight needs to get taken out of the realm of partisan politics, and instead must be something that we all get behind.

Those who denied the threats from Nazi Germany and imperial Japan came very close to losing our country and world as we know it. We cannot afford to let denial of science and of the overwhelming evidence of climate change destroy our world in the 21st century. We are running out of time.

Lance Clark is a former United Nations ambassador with 35 years of experience in international work.

Lance Clark is a former United Nations ambassador with 35 years of experience in international work and conflicts focused on emergency relief in conflict situations, early warning of conflicts and peace operations and peace-building. He has worked in places such as Somalia, Sudan, South Sudan, Rwanda, Iraq, Georgia (former Soviet Union), Bosnia, Serbia and other countries. He and his wife now live in upstate New York.

COLUMN: It’s not only snow in my way

What can we do to live a happier life? | The Ethical Life podcast

🎧 The hosts discuss a recent study about happiness and whether the philosophy of the stoics can help us in our everyday lives.

At first glance, Priscilla Villarreal is not a particularly empathetic figure. Not to most conservatives, anyway.

"We have no choice but to make hard decisions," Oklahoma Rep. Kevin Hern recently said. He leads the Republican Study Committee, a group of mo…

Richard Kyte: Key to happiness is learning to accept things as they are

Commentary: Once we stop looking at what happens to us as an affirmation or rejection of our egos and instead learn to see it as a test of cha…

The turret from the battleship Arizona is still visible decades after the attack. Thousands of visitors still make the pilgrimage to the memorial at Pearl Harbor. Someday, we may have memorials like this to the Earth before climate change.