COLUMN: Treasure it, don't trash it
6 comments
Share this
{{featured_button_text}}
1 of 2 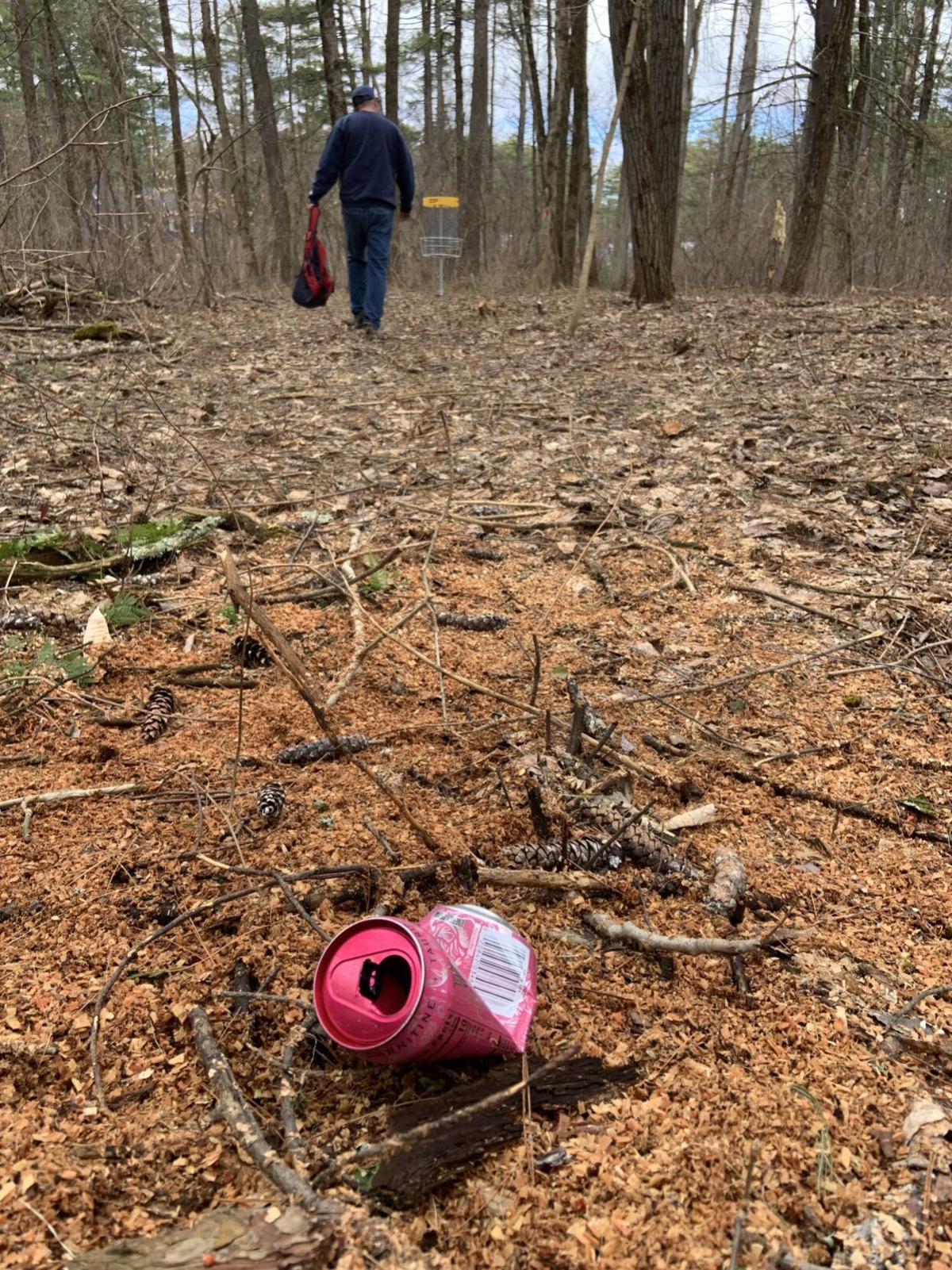 Moreau resident Bill Marine walks toward a goal in the Crandall Park Disc Golf Course on Saturday. The course has endured a little more garbage being left behind these days, like the Monster drink here. 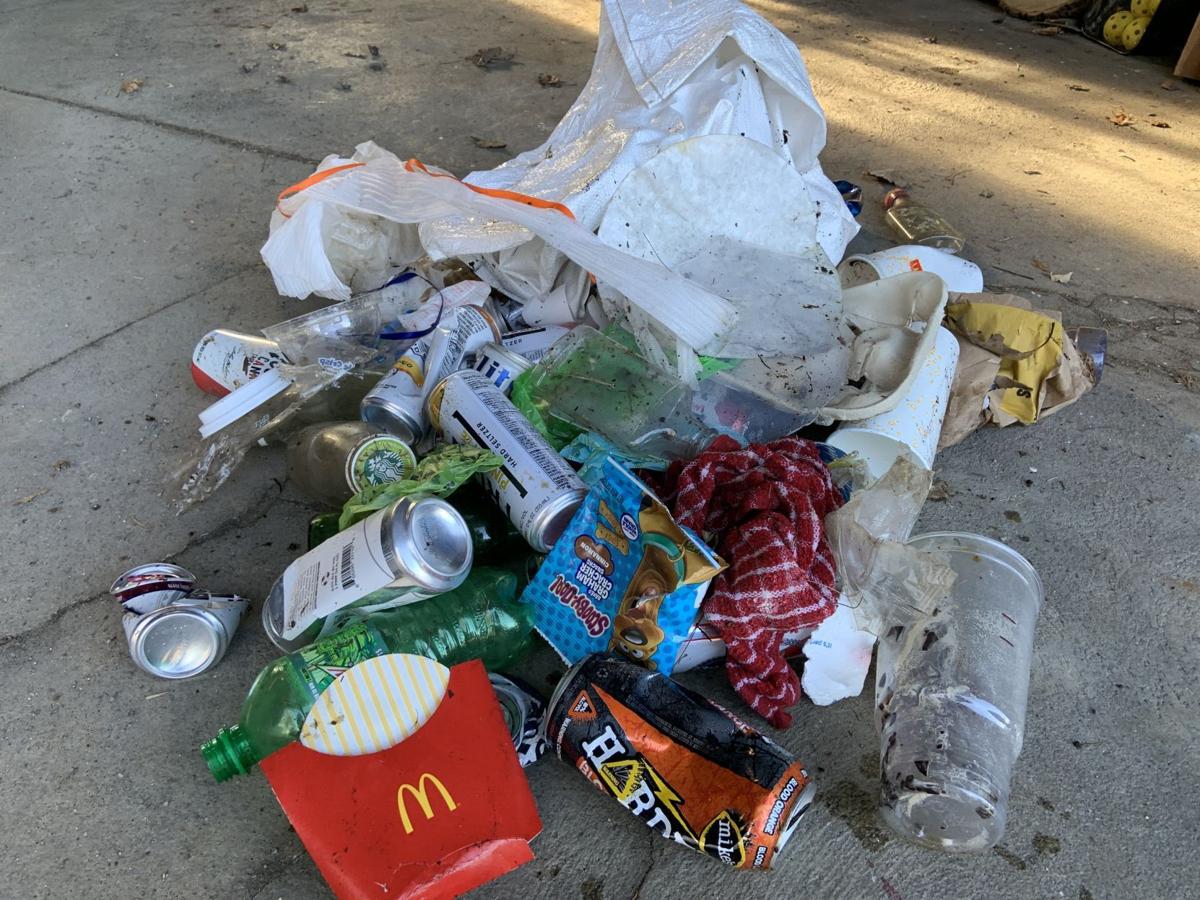 A tall kitchen bag of trash and recyclables was picked up between holes 1 and 15 at the disc golf course in Crandall Park on Saturday.

I have played probably 25 rounds of disc golf since the 18-hole course in Crandall Park opened last fall.

With various friends, I played through the fall, winter and now the spring.

There were days when we’d have to scrape our feet in grids to find a disc hidden under snow, and more recent days when I was playing in shorts.

It became an at-least-once-a-week treat to make that 2-mile loop, get a dose of competition and a lot of fresh air — away from my home office desk.

When playing on Saturday, though, and the last couple of times actually, I was noticing a little build-up of trash along the route.

After playing, I grabbed a trash bag and did the loop again, to pick it up.

Along the course itself there were iced coffee cups, beer cans and food wrappers. A towel, too, likely dropped by a player.

That stuff is pretty new.

There was older trash, too, including a cache of nearly a dozen old Fleischmann’s plastic half-pint bottles of vodka that had been there for awhile, not far from a newer cache of spiked seltzer cans.

There were random items, too, like a burlap-type sack, foamy packing sheets and remnants of a McDonald’s run, with a vape pen left behind.

I’m not the trash police and was never a frequent flyer on the Green Up Day circuit, but it just struck me that those using this cool new course can do a little better.

Don’t get me wrong, it wasn’t riddled with trash. For the number of people who have been out there playing, it’s probably not bad.

And some of what was there was definitely old and definitely not from players (see packing sheets above), but a lot of it was, too, including a Monster drink can in the middle of one fairway.

Elizabeth Hogan, who heads the Crandall Park Beautification Committee and was a driving force behind the course, said she has noticed trash, too, but said she also knows a lot of players are picking up trash too.

She said her group is planning some cleanup days in the near future that will be advertised on the www.crandallpark.com site, which also features a new page dedicated to the course.

“I just don’t want it to look junky,” she said of the course, which she and her husband frequent often. “The last time I was out, I said, ‘I should have brought a bag.’”

On my Saturday walk, I filled a tall kitchen trash bag between holes 1 and 15, then walked home. I’ll bring another bag next time I play.

One player on the course while I was picking up mentioned how he often picks up stuff left behind, too.

I was thinking it might be wise for the city to have a couple of strategically placed trash and recycling bins out there, if that’s possible, or at least recycling cans — because returnables made up at least half of what I picked up.

I have a dog that walks and poops every day, often along the Crandall Park dog trails.

And every day I pick it up and bring it home and put it into a trash bin.

I picked up at least five bags of poop on my Saturday walk. Some were neatly placed right on the edge of the trail for me. One clever soul took time to toss a bagful under a dog trail bridge.

Apparently, that’s not the first time, because Hogan said she and her husband replaced that bridge years ago and it was packed underneath with poop bags.

Why take the time to bag it, if you’re going to leave the bright-colored bag along the trail?

I’d probably rather slide through it than see the bag left behind.

David Blow is a freelance journalist and professor of Media and Communication at Castleton University. He may be reached at davent67@gmail.com

COLUMN: They probably don’t know how much it meant

As with all my students, I just wanted him to pursue his passion and succeed, and if he took a little of me with him on the ride, all the better.

COLUMN: It's May and the goats have begun to fight

GUEST ESSAY: Each season brings with it a new set of allergens

Allergies are a chronic condition that require proactive treatment to manage.

GUEST COMMENTARY: What about Rep. Liz Cheney for president?

On paper, it appears to be the kind of lopsided contest that even the Vegas bookies won’t take any action on — Rep. Liz Cheney, a 54-year-old two term congresswoman from Wyoming versus ex-president Donald Trump.

In the debate over President Joe Biden’s infrastructure and climate bill, it was perhaps inevitable that some policymakers would object to inc…

Faith in numbers: Is church attendance linked to higher rates of coronavirus?

Every year, dedicated health care observance days and weeks create the opportunity to recognize the many health care professionals who devote …

US approves its first big offshore wind farm, near Martha's Vineyard – it’s a breakthrough for the industry

Moreau resident Bill Marine walks toward a goal in the Crandall Park Disc Golf Course on Saturday. The course has endured a little more garbage being left behind these days, like the Monster drink here.

A tall kitchen bag of trash and recyclables was picked up between holes 1 and 15 at the disc golf course in Crandall Park on Saturday. 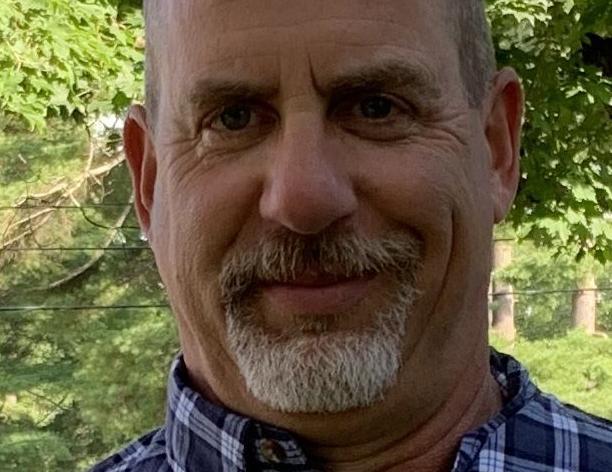