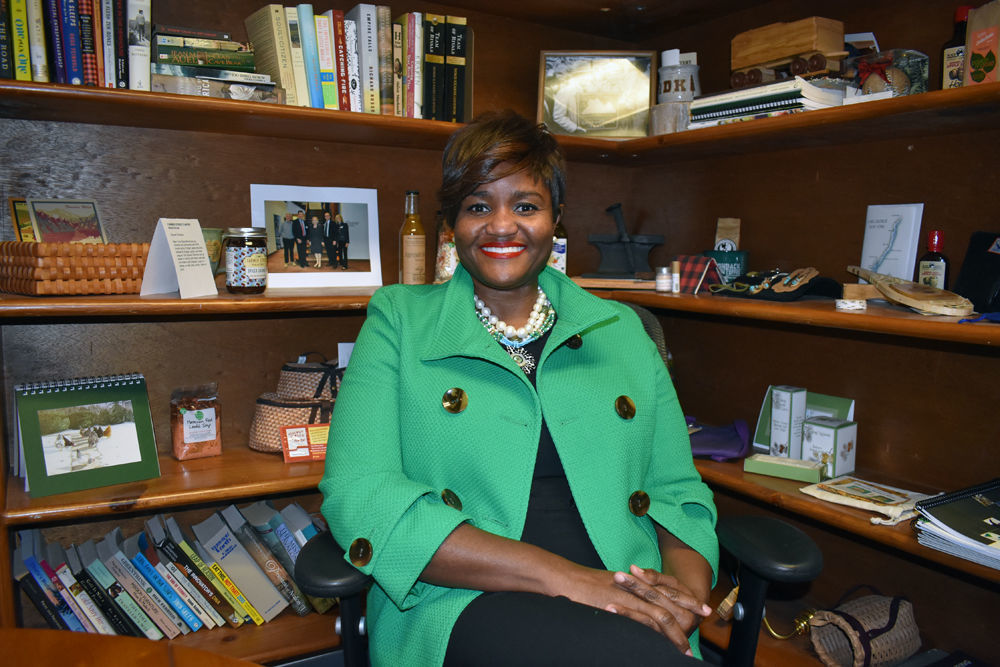 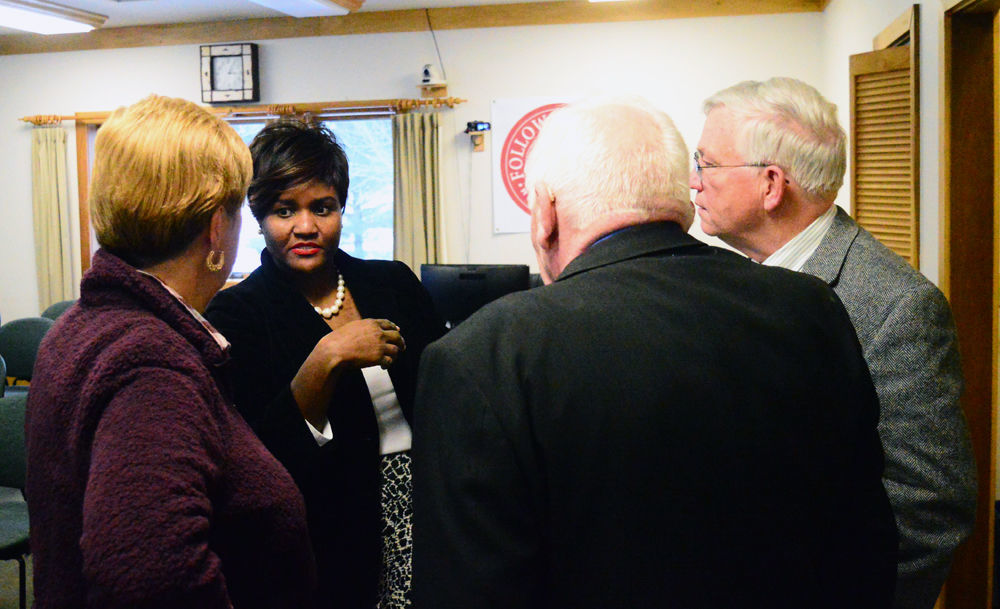 SARANAC LAKE — Despite it being part of her official title, Nicole Hylton-Patterson said she doesn’t often use the word “diversity” because it tends to represent just an abundance of different skin colors. She said true inclusion is more than what’s on the surface.

She holds multiple degrees in psychology, philosophy and pan-African studies, and is currently pursuing a Ph.D in Afro-LGBTQI justice through Arizona State University.

The ADI has three areas of focus: economics, education and recreation. Because she’s so new to the position, Hylton-Patterson said her main goal right now is getting to know the area and the people in it.

“I want to take that vision further, and I want to make it more critical,” she said. “Yes, I want to meet with stakeholders, and leaders, and people who can sign the checks, but I do want to get off the beaten path. I want to talk to the people who are living in tents in the Adirondack Park. I want to visit rehab clinics and veterans’ homes. I want to talk to people working in our carceral (incarceration) system because the prisons are a huge part of the economy. It’s a huge part of how people butter their bread. I want the Adirondack Diversity Initiative to reflect the community.”

On Thursday, she spoke by invitation at the state Adirondack Park Agency meeting in Ray Brook. She said she wants the people she works with to tap her into the community, to introduce her to a wide range of people.

“A lot of times I’m sitting with the choir,” she said.

Outside of networking and research, Hylton-Patterson said she would like to conduct web and app developing for the ADI, increasing its social media presence. However, because there is a large older population in this area, she said she would also like to have more face-to-face meetings with the public.

“I want to host town halls and congregate in people’s living rooms,” she said. “That is very important to me. The best thing I know is people, and getting people to work together across differences.”

One concept that Hylton-Patterson expressed was that even if people have progressive ideals, they still have the potential to lack understanding for those with different life experiences.

“Before we start talking about encouraging participation of other groups from the south and different parts of New York City, we have to talk about how do we reconcile fifth and sixth-generation people who have been living in the Adirondacks with, let’s say, new environmentalists who think that they’re going to tell you how to use your land or dictate the relationship to the land that you’ve had for five generations. I’m not saying I’m not an environmentalist.

“I’m an immigrant whose mother is functionally illiterate, whose father died because he couldn’t afford insulin, whose sisters are housekeepers and nannies. As I was getting four degrees, I was working four jobs, so I understand the working class. I understand they’re desperately poor. Poverty doesn’t mean you’re bad. It doesn’t mean you’re immoral. It means at times you were denied access.”

Hylton-Patterson is originally from Jamaica and more recently from the Bronx. She lived most of her formative years in Norway, where she was accepted into a gifted student program. Her voice somehow blends all three countries — simultaneously of the islands, the northland and the city.

“I lived in a place that was even more isolated and rural than the Adirondacks when I was in Norway,” she said. “I lived on an island off the mainland of Tromso. My understanding is that because somewhere is isolated and monolithic in some way doesn’t mean that it’s not inclusive and welcoming. That’s a myth.”

Going from the Caribbean to Scandinavia was the first time Hylton-Patterson ever left her island home.

“I was exposed to a different kind of society that challenged a lot of my beliefs around gender and sexuality, around race and class, around governance and how you become an individual who participates in society,” she said. “And then I went back home to the post-colonial nation, where homosexuality is a huge stigma and people often die because it’s so homophobic. I had to go back to that. It’s one of the most religious nations, and it’s where class is extremely stratified. Class is racial, so the lighter skin tone you have, the more access you get. It’s very blatant. And then there is an elite land-owning class that is non-black. There’s no movement.

“Seeing those two different ways of being helped me to choose my path.”

“If you’re looking for racial diversity, and that’s the only way you’re going to count the use of the Adirondack Park and the people who live here, you’re going to forget the experiences that are going on every day.”

Hylton-Patterson was recently hired as the first Adirondack Diversity Initiative director. The organization was founded in 2014 as the Adirondack Diversity Advisory Council, with the goal of creating a more welcoming and inclusive community to people from different walks of life. The group changed its name in 2017. The Adirondack North Country Association adopted the group and acts as its fiscal representation. The ADI’s work was previously done through volunteer efforts until Hylton-Patterson was hired in November.

In addition to her current role as acting director of the Mary T. Clark Center for Religion and Social Justice at Manhattanville College, Hylton-Patterson served as program coordinator for the college’s Center for Inclusion. She has also instructed and coordinated programs in Arizona, Syracuse and Elmira that focus on race and gender studies, justice, diversity and advocacy.

Plaintiffs in a federal class action lawsuit could get payments and medical monitoring as part of a proposed $65.25 million settlement with three companies over chemical contamination of the water supply in the village of Hoosick Falls.

New York environmental officers and local police are investigating fox attacks in Saratoga Springs and urging people in the area to be cautious outdoors.

Things are looking greener at SPAC

The absence of performing arts companies and pop concerts last year took a toll on the Saratoga Performing Arts Center.

Parents are demanding answers after a New Hampshire summer camp that calls itself one of the best in the nation unexpectedly shut down after just six days this month.

The Justice Department has decided not to open a civil rights investigation into government-run nursing homes in New York.

The Democratic leader of the Assembly suggested Friday that any potential wrongdoing that might be uncovered by the state Attorney General’s Office against Gov. Andrew Cuomo might not be enough, on their own, to impeach.

A New York town along the Canadian border plans to impose a 90-day moratorium on new cryptocurrency mining operations to make sure local roadsides are not cluttered with trailers and shipping containers loaded with computers.

Some Vermont beaches closed Wednesday due to algae blooms

About a dozen beaches around Vermont, including several in Burlington, were closed Wednesday because of potentially toxic algae blooms.

Workers at a nature sanctuary in Vermont are searching for a desert hawk that escaped over a week ago.