The New York state executive mansion is seen on March 13 in Albany. 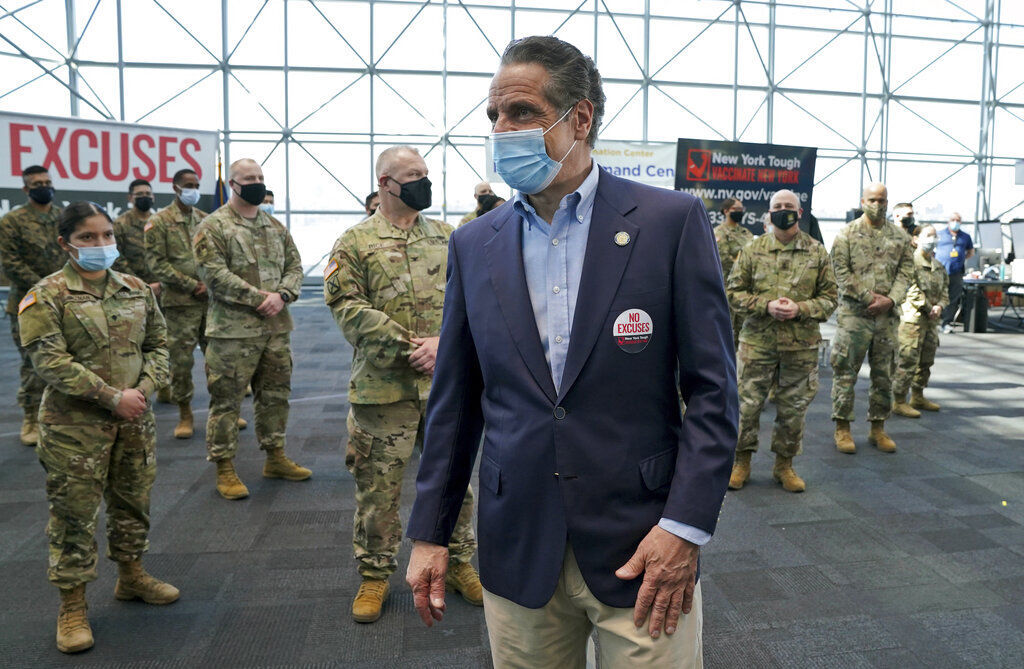 ALBANY — An aide who accused Gov. Andrew Cuomo of groping her at his official residence told a newspaper in her first public interview it was a frightening physical encounter in which the Democrat slammed a door and said “I don’t care” when she warned someone might see what he was doing.

“It was almost like I felt like a piece of garbage to him. I felt degraded,” she said.

The interview published by the Times Union of Albany on Wednesday adds new details to the most serious accusation against Cuomo, a Democrat who is being investigated after a series of women accused him of sexual harassment and other inappropriate behavior.

The woman, who still works in the governor’s office, spoke to the newspaper on the condition of anonymity to protect her privacy, although her identity is known within the governor’s circle.

The governor’s lawyer, Rita Glavin, said in a statement that Cuomo “has repeatedly made clear that he never made inappropriate advances or inappropriately touched anyone.”

The woman told the Times Union she had been summoned to the mansion on a weekday in November to help Cuomo with a problem with his iPhone. When she reached his office on the mansion’s second floor, she said, he rose from his desk and began groping her.

“That wasn’t just a hug,” she said. “He went for it and I kind of like was, ‘Oh, the door is right there.’ ... I was mortified that a woman who works here is going to come in and see. ... I was terrified of that happening, because that’s not who I am and that’s not what I’m here for.”

He then came toward her again.

“He came right back and he pulled me close and all I remember is seeing his hand, his big hand,” the woman said.

The governor had reached under her blouse and grasped one of her breasts over her bra, the woman told the Times Union.

“I don’t remember actually saying the word ‘Stop.’ I think I said, ‘You’re crazy,’” she told the newspaper. “I do remember saying that, and that’s when he ultimately stopped. ... Me saying ‘You’re crazy’ — that was definitely not something that he wants to hear. It definitely was a hit to his ego. … And then it was almost like instantly he was done. … He turned around and walked back to his desk. He didn’t say anything. I walked myself out to the front door and nothing was said.”

A month later, the woman said, she was taking dictation for the governor at his Capitol office when he brought up what had happened at the mansion.

The woman said she interpreted the governor’s comments as a threat.

“I was a liability, and he knew that,” she said.

Cuomo has brushed off widespread calls for his resignation and asked that people wait for the results of an investigation overseen by state Attorney General Letitia James, a fellow Democrat. The state Assembly is conducting a separate investigation into whether there are grounds to impeach the governor.

The new details from the interview set off a fresh round of calls for Cuomo’s removal, with Democratic state Sen. Gustavo Rivera of New York City asking his fellow lawmakers on Twitter: “how much more lurid detail do you need to say clearly that @NYGovCuomo needs to resign or be impeached imminently?”

Glavin said the attorney general’s review of this claim and others “must be thorough, fair and provide the truth.”

The woman, the mother of a young child, told the Times Union she has lost significant weight, is emotionally fragile and is concerned about her job security.

The woman believes Cuomo had been grooming her for almost two years with a pattern of inappropriate behavior that began with tight hugs and kisses on the cheek, she told the newspaper. He asked probing and inappropriate questions, saying to her one time, “Oh, if you were single, the things that I would do to you,” she said.

On New Year’s Eve 2019, she said, she was sent to the mansion to help the governor, and he suggested taking a selfie.

“I was holding up the phone. I was nervous. As the phone is up I feel him, like, not just sliding his hands, he’s like rubbing my butt cheek, but not saying anything,” she said. “That was the first blatant move.”

Several other women who worked for Cuomo have accused him of hitting on them, of subjecting them to inappropriate comments about their looks or questions about their dating lives.

New York state is easing reopening restrictions on schools to allow most students to sit closer together, as long as they continue to wear masks.

As broadband investment grows, some in the North Country say they feel left behind

More than 14 million Americans don’t have high-speed internet, according to the FCC. The Biden Administration wants to change that by investing billions of dollars into broadband expansion.

Early broadcasting pioneer Ernie Tetrault — “the” anchorman at WRGB Channel 6 to many people who watched TV news in the Capital Region from the 1970s into the 1990s — was recalled Friday as a friend, colleague and dedicated newsman.

Man charged in spate of explosions outside ex-friend's home

A Rochester man has been charged with setting off explosives in another man’s yard and sending letters to neighbors warning that he planned to continue doing it.

Andrew Giuliani, the son of former New York City Mayor Rudolph Giuliani and a former aide in the Trump administration, says he is evaluating a run for governor of New York as a Republican.

Tucked into the new state budget is a law that lets 12- and 13-year-olds hunt deer with a gun or crossbow, rather than just a bow.

State police say an upstate New York police officer investigating a domestic incident shot and killed a man who was armed with a knife.

New York will boost spending by billions over the next year in a bid to revitalize the state’s hard-hit economy under a budget deal announced Tuesday by lawmakers and Gov. Andrew Cuomo.

The New York state executive mansion is seen on March 13 in Albany. 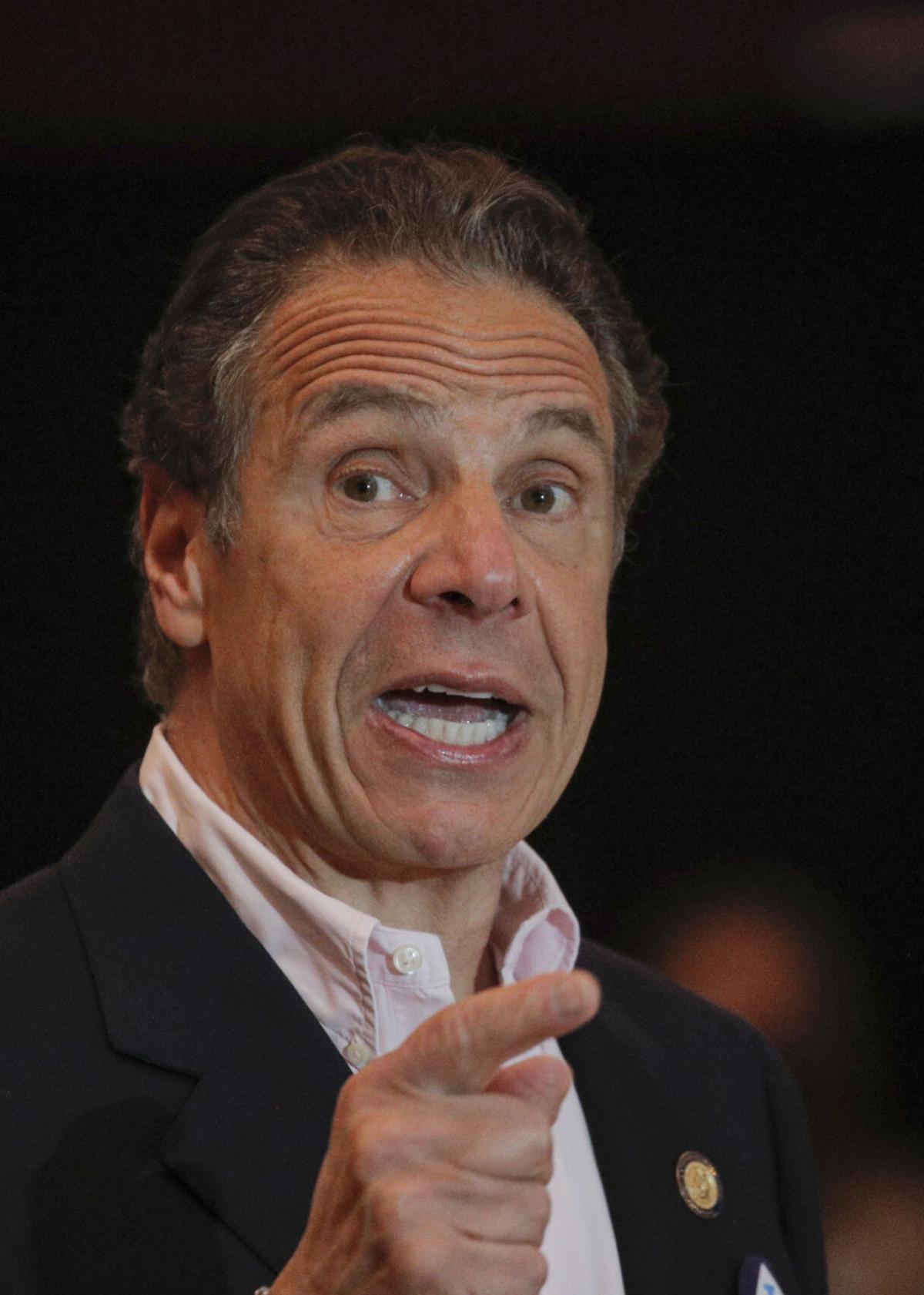