CAMBRIDGE — The “matriarch tree” of Woodlands Cemetery is down, but her life isn’t done.

Elizabeth Nichols-Ross, former co-owner of what is now Ackley, Ross & Gariepy Funeral Home, loves to walk in the rural cemetery with its magnificent view down the Cambridge Valley. Nichols-Ross was familiar with the enormous sugar maple at the top of the cemetery’s rear section, near the graves of some of the area’s most notable former residents. Over the years the tree lost its limbs, becoming little more than a massive trunk. On Aug. 16, the trunk itself collapsed into the carriage road.

Usually the cemetery staff would remove the debris and cut up anything usable for firewood.

“But the tree spoke to me,” Nichols-Ross said. “She said her name was Mabelle and she deserved better than to be burned.”

The name seemed odd, until Nichols-Ross realized the tree was near the grave of Mabelle Goodman. There were also two Elizabeths nearby. Nichols-Ross thinks the tree may have reached out to her because she knew she could get her attention.

Nichols-Ross asked around and was referred to Jared Woodcock, owner of Timberdoodle Horse Logging and Ecological Land Management in Shushan. Woodcock has a portable sawmill to add value to the wood he harvests for his clients.

Woodcock estimated Mabelle’s age at more than 180 years, possibly up to 200, although rot in the center makes it difficult to determine exactly. Mabelle is what foresters call a “wolf tree,” with a short trunk and a “big huge crown,” he said. “It grew in a wide open area.” Wolf trees commonly form at the edge of or between fields. Mabelle may have marked a long-gone fence row on the farm that was purchased for Woodlands in 1858. By that time, Mabelle already had at least nearly two decades of growth, and the cemetery was laid out around her.

The remaining trunk had “some high-quality wood with lots of character. It has beautiful grain with some bird’s-eye maple sections. There’s definitely enough material for small projects.”

Woodcock drove his sawmill into the cemetery and cut and planed the biggest part of the trunk into sturdy planks. Odd-sized pieces were set aside as raw material for other projects. Local woodworker and videographer John Carlson documented the process.

Nichols-Ross learned there was a craftsman demonstrating wood-turning at the Washington County Fair about a week after the tree came down. Roger Abrahamson, who exhibits as Roger the Giant Bowl Turner, agreed to work with a piece if it was green. The result was a wooden bowl, the first object made with Mabelle’s wood, Nichols-Ross said.

“I had no idea how valuable maple wood is,” she said.

She wants to distribute it to people who can turn it into wooden spoons, walking sticks, earrings, bowls, furniture, or some other object.

“I want to give them pieces of Mabelle so she can live into the future,” she said. “It may take four or five years because the wood has to season first.”

Eventually, Nichols-Ross wants to have an exhibit of articles made of Mabelle’s wood in Cambridge and have an auction, with proceeds going to Woodlands Cemetery for an as-yet-unnamed project.

“We have planks of magnificent wood that we hope to have dry in three years,” she said. “Green wood is available now.” Nichols-Ross can be reached at elizafundirector@gmail.com.

The rule of thumb for seasoning planks is one year per inch of thickness, Woodcock said. The process can be hastened by kiln-drying after one year, “but air drying is better. The wood is more stable,” he said. “When the tree is nearly 200 years old, it’s worth waiting. Trees are patient; we can be patient.”

Salem Elementary School is looking for a new leader after its principal resigned after just six months on the job.

Region seeing housing shortage across the board

The high demand for housing isn’t just for mid-income rental apartments. There is a shortage of housing in Warren County across the board, from low-income rentals to luxury homes, and everything in between.

The woman who was arrested in the killing of a former Queensbury couple on Dec. 31 in Florida has been indicted on two counts of first-degree murder and one count of grand theft.

Hudson Falls graduate Luke Nikas is representing Alec Baldwin in the involuntary manslaughter charges brought against him on Thursday.

A Gansevoort man is expected to be sentenced to 1 to 3 years in prison for failing to failing to follow requirements as a sex offender.

The line of royal succession explained with new baby news 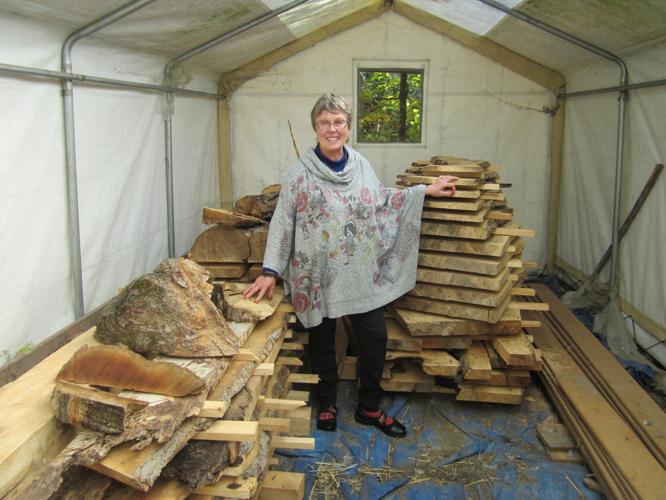 Elizabeth Nichols-Ross stands with some of the wood salvaged from Mabelle, a 180-year-old sugar maple that recently fell at Cambridge's Woodlands Cemetery. Nichols-Ross is looking for woodworkers who would like pieces for projects, "so Mabelle can live into the future." 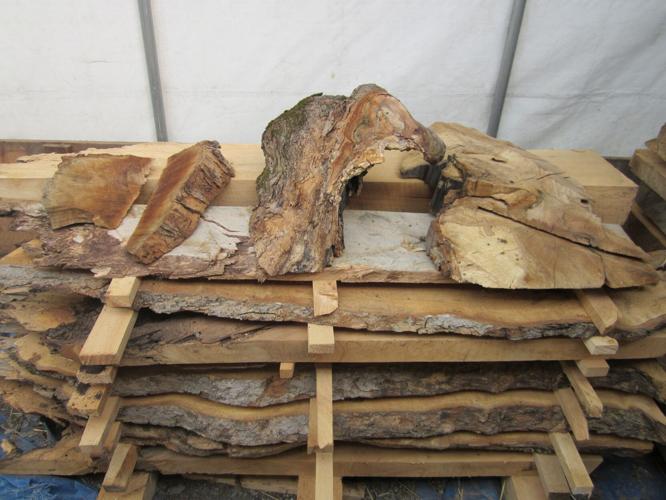 Pieces of Mabelle, a big sugar maple that recently fell at Cambridge's Woodlands Cemetery, are stacked to season so they can be used by woodworkers.