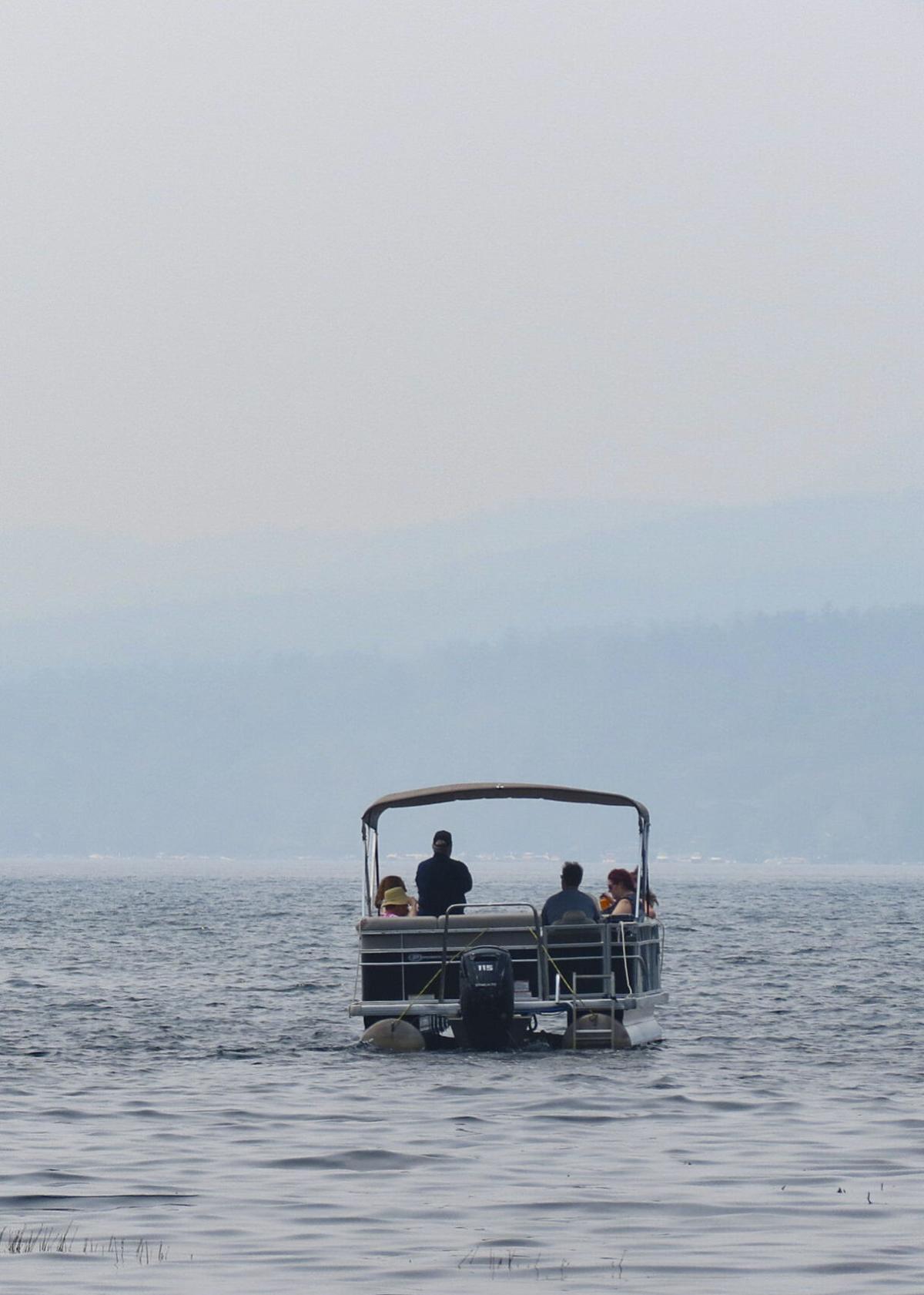 Boaters look into the haze over Lake George on Monday morning in Bolton. Smoke from wildfires in the West blew across the country and as far east as Maine. 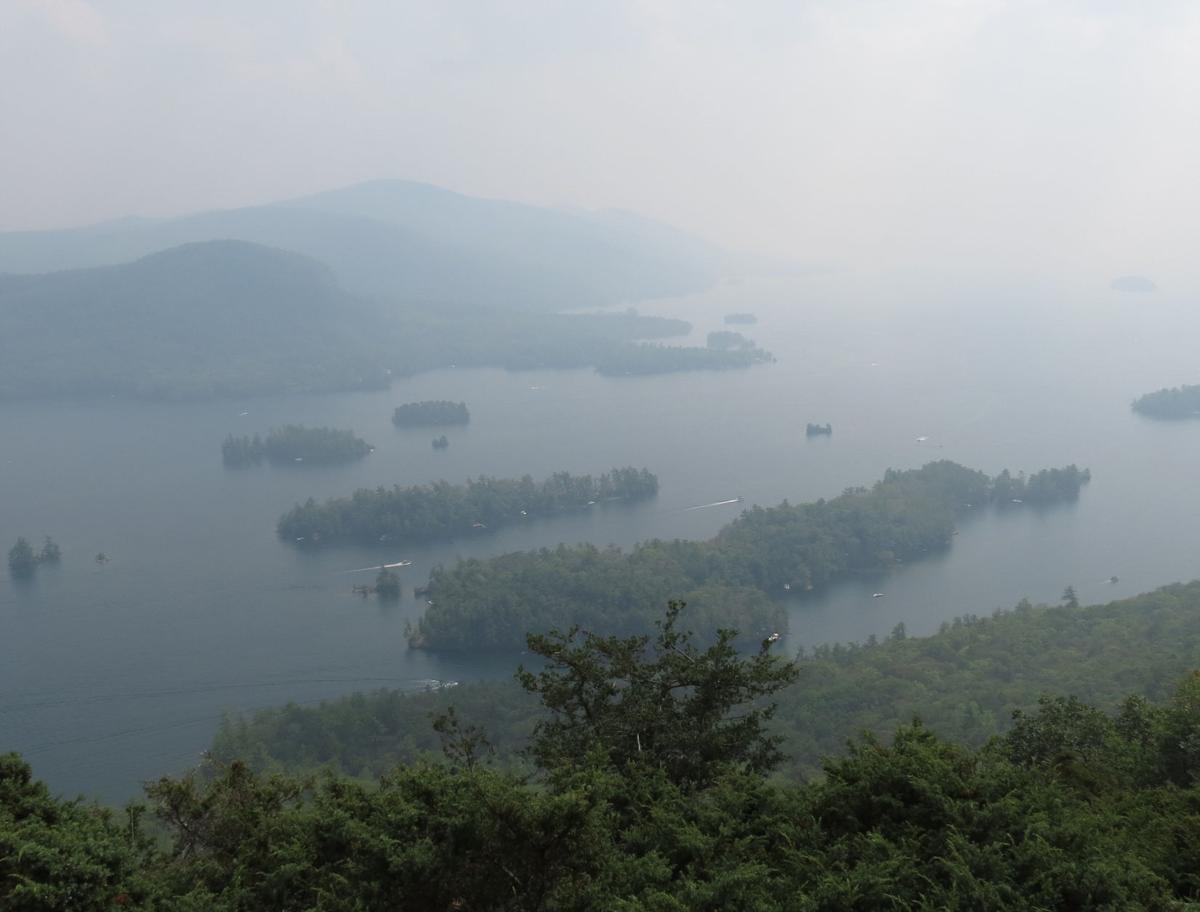 A smoky haze is seen over the islands adjacent to Lake George's northwestern bay on Monday in Bolton.

If you thought you smelled smoke in the air on Monday, you were not imagining things.

The jet stream helps move that air, according to Vogt.

“That smoke gets captured by those stronger finds aloft,” she said.

Vogt said a high-pressure system that was in the air on Monday caused a stagnant air mass to remain in place.

The alert is issued when DEC expects the 24-hour average concentration of particles to exceed 35 micrograms per cubic meter.

DEC said exposure to fine particulate matter can cause short-term effects such as irritation to the eyes, nose and throat, coughing, sneezing, runny nose and shortness of breath. Prolonged exposure can worsen conditions such as asthma and heart disease.

People with heart and lung disease, older adults and children are advised to reduce prolonged or heavy exertion when the air quality is unhealthy.

Warren County is in the Adirondacks region, which had moderate air quality.

Smoke from wildfires in the western United States is also having an effect on air quality. There was also an alert issued last week. On July 20, the entire state was under an air quality health advisory because of the impact of the wildfires.

DEC said it is not rare for smoke from the West to travel this far east, but most of the time it stays in the atmosphere and has little effect on the surface.

It was not hazy on Tuesday. Vogt has viewed the satellite images and found that the smoky air mass has shifted to the east and northeast.

“It might be impacting eastern Massachusetts and portions of Maine. It looks like it’s out of New York,” she said.

On Tuesday, the state issued an air quality advisory for the New York City metro area from 11 a.m. to 11 p.m. because of a concern of fine particulate matter in the air.

For more information about air quality, visit www.dec.ny.gov or call the Air Quality Hotline at 1-800-535-1345. People can also sign up for notifications about air quality by visiting www.enviroflash.info.

A Stillwater man was arrested on Sunday after police said he drove drunk with a child in his SUV.

Boaters look into the haze over Lake George on Monday morning in Bolton. Smoke from wildfires in the West blew across the country and as far east as Maine.

A smoky haze is seen over the islands adjacent to Lake George's northwestern bay on Monday in Bolton.