Become a Member
Read Today's E-edition
Share This
What's in a village? Fort Ann works to keep its identity
7 comments
Share this
1 of 7 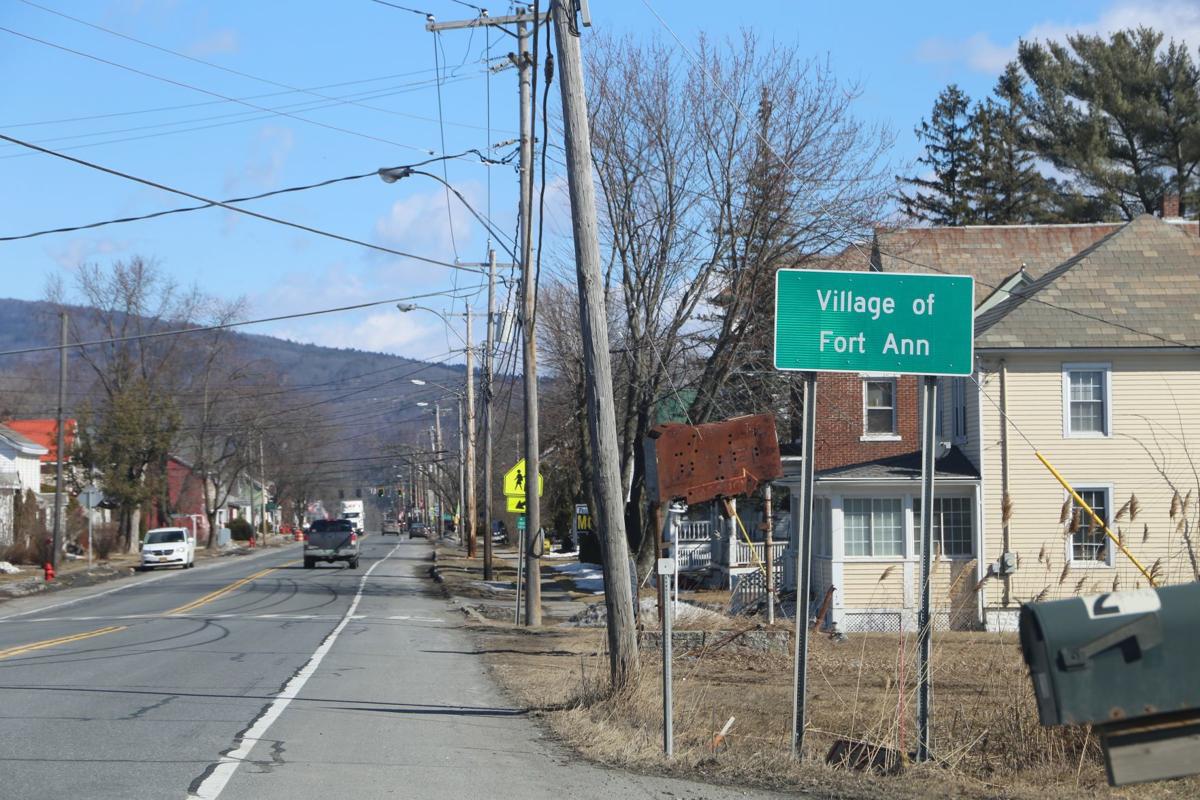 A sign shows the start of the Village of Fort Ann on Route 4 heading north. 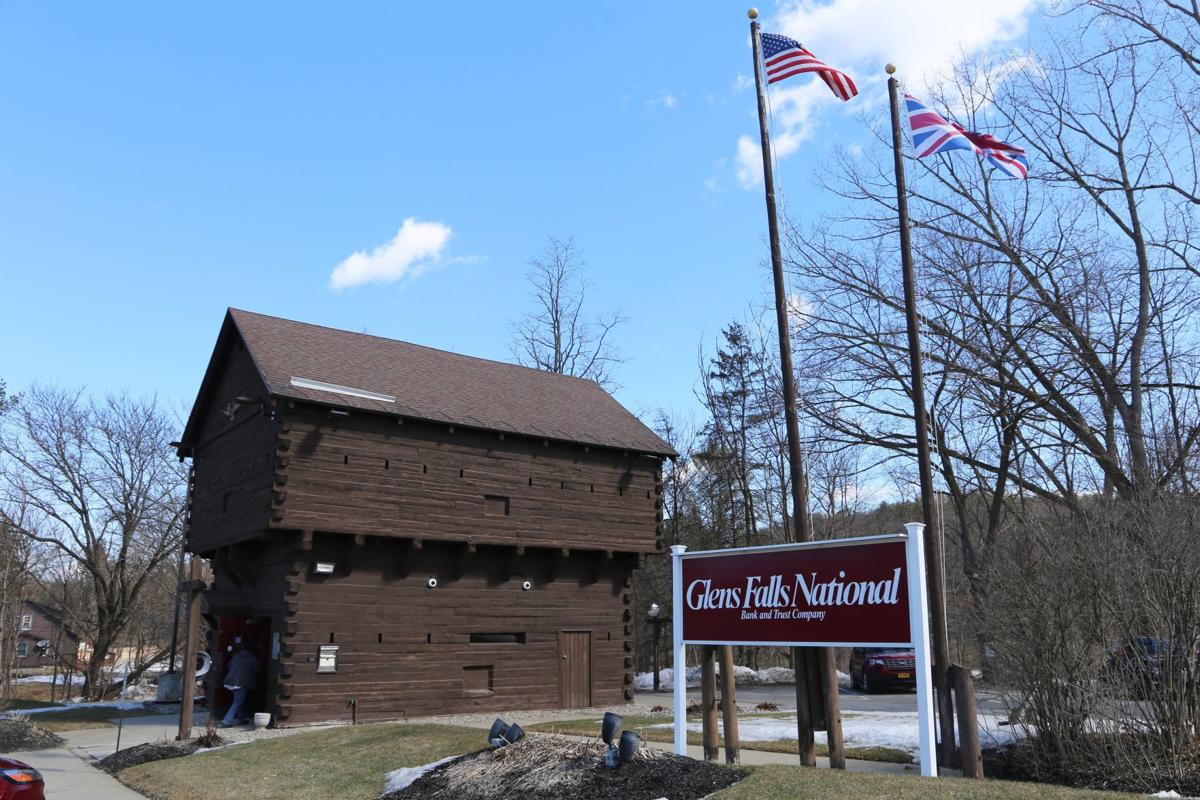 Glens Falls National Bank is built as a replica of the Revolutionary War site Fort Anne, as seen in the village of Fort Ann. 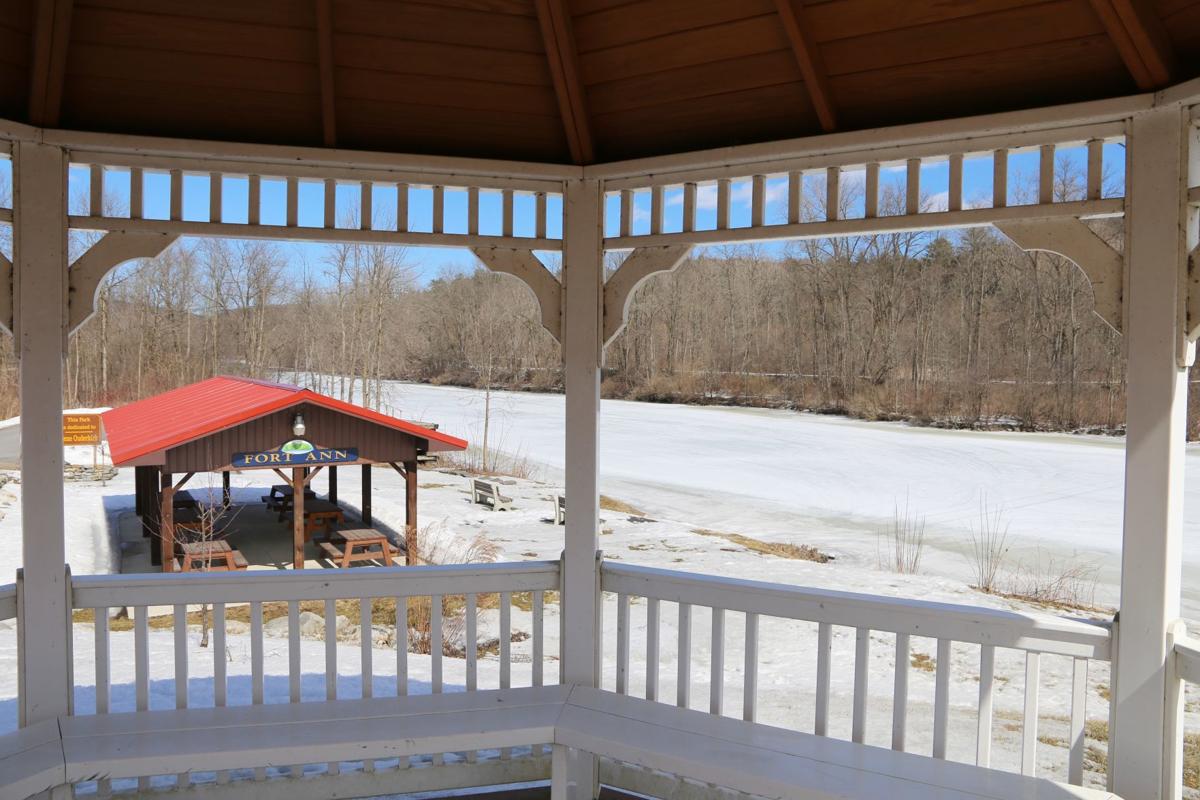 A pocket park is seen along the Champlain Canal in Fort Ann. 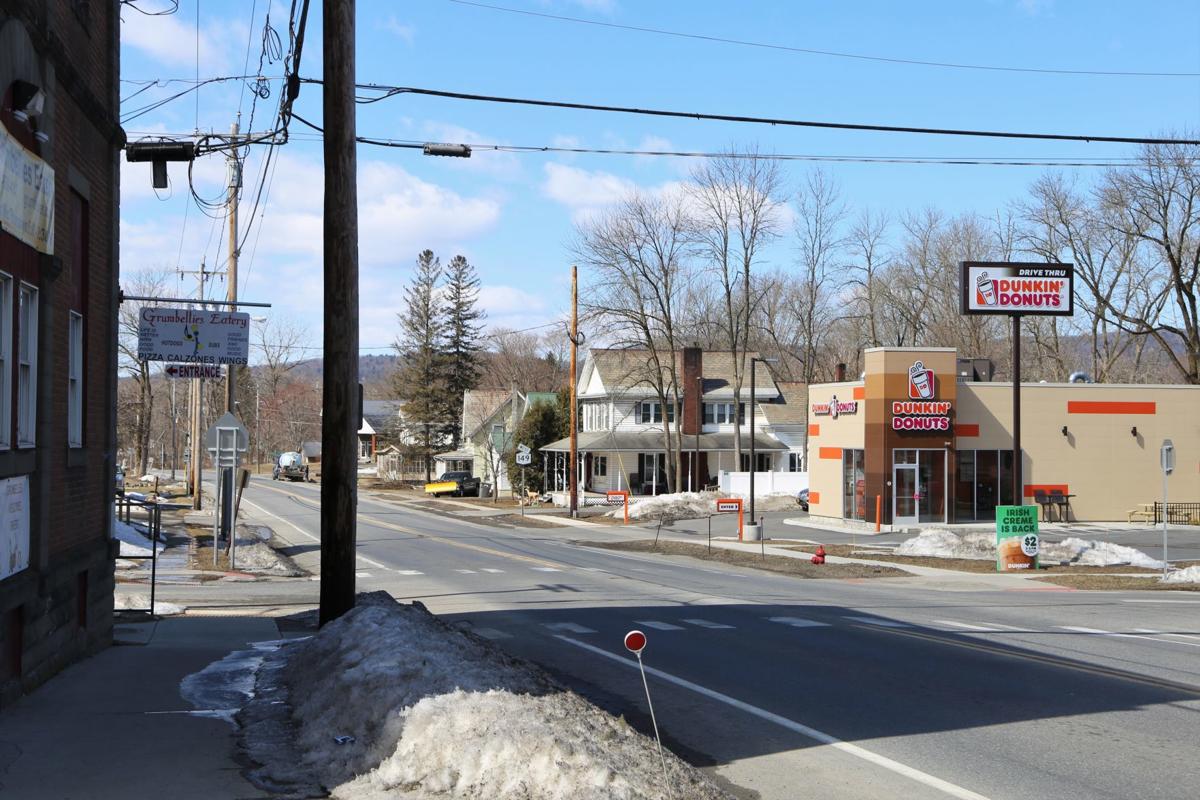 Grumbellies and Dunkin Donuts are seen in the Village of Fort Ann. 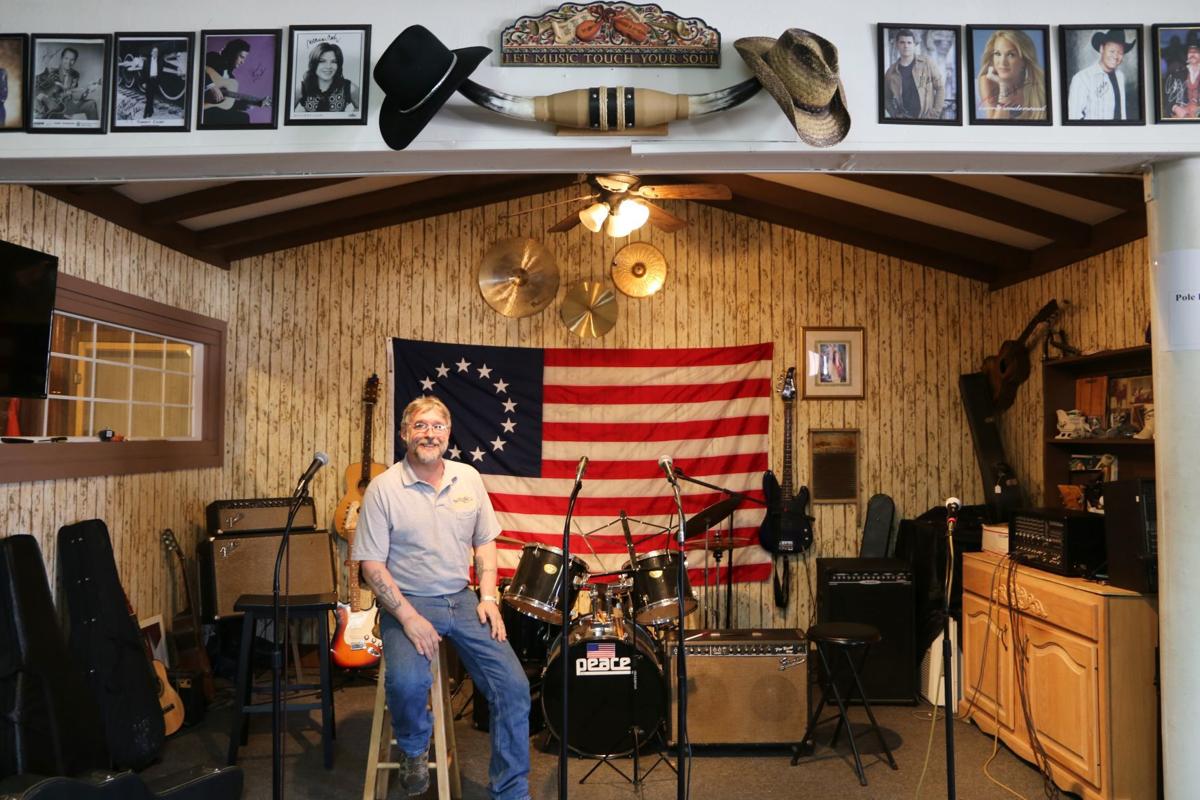 Grumbellies owner Jeff Hamblin sits inside his establishment on March 19 in Fort Ann. 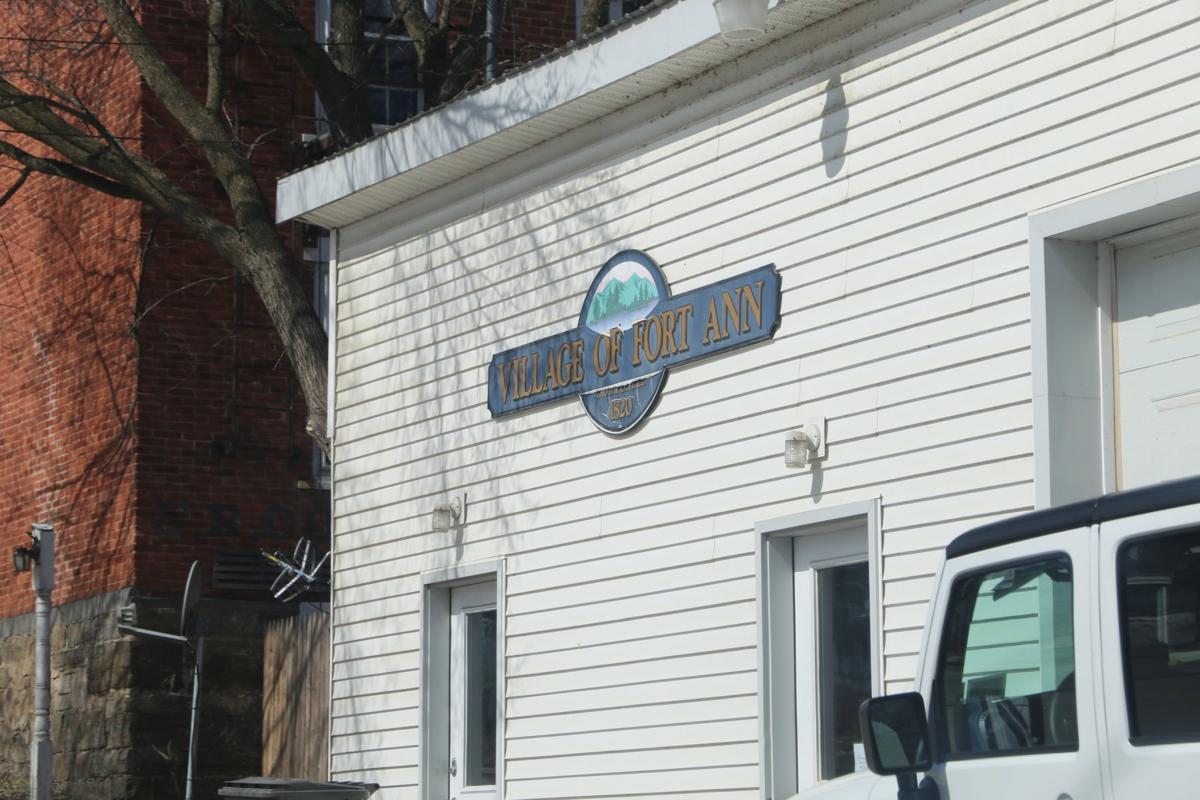 The village of Fort Ann's offices are seen. 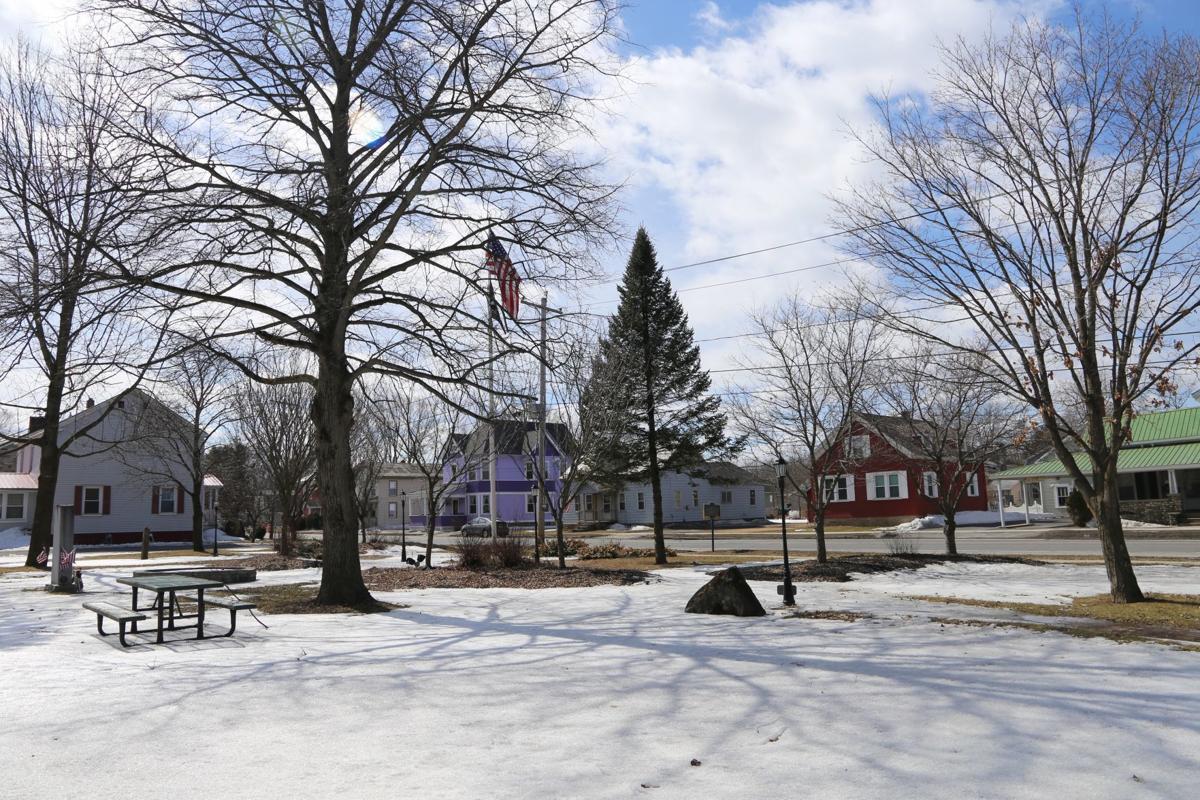 One of the village's parks is seen on Route 4.

“Most people don’t even know I’m the mayor,” he had said on Election Day in November, when asked about the post. “Nobody cares anymore. That’s the problem with America today.”

The Canadian-born business owner and truck driver never intended to be mayor.

He ran and won a trustee seat in 2017, getting 44 votes against challenger Gregory Lehoisky’s six. Shortly afterward, he was appointed mayor when Russell Blair resigned.

Langlois’ Facebook post and follow-up comments that he would not step down because he was “not a quitter,” got national media attention. Suddenly, the mayor of the 0.29 square-mile village could find his name in Newsweek, Time, Yahoo News, the Associated Press and even the United Kingdom publication, The Daily Mail.

But the national media didn’t know there is both a town and village of Fort Ann, so their coverage referenced the town’s population of 6,000 instead of the village’s 490, as of the 2010 U.S. Census. They also sometimes called Langlois the “town mayor.”

The mistake was perhaps understandable, considering the village has no website and to find a phone number for the village offices, you have to locate a pdf document online of Washington County village clerks.

The incorrect references, however, had Town Supervisor Richard Moore’s phone ringing off the hook, as well as Town Clerk Barbara Winchell’s. Moore said he would not dare share some of the voicemails he received.

The Associated Press issued a correction, but that, too, was incorrect. The correction said the story “erroneously identified Fort Ann. It is a village, not a town.” Not quite.

With all the backlash, Langlois prepared an apology to read before his constituents and whomever else showed up to the Dec. 3 Village Board meeting.

Subsequent meetings, held faithfully at 4:30 p.m. on the first Monday of the month at 67 Anne St., also brought no public attendance, except for one person who popped in to ask a quick question, then left.

Langlois and trustees Ed Sharrow and Roy Steves are so used to no one showing up at their meetings, they passed the village’s preliminary budget in January without holding a public hearing.

After realizing they were supposed to hold a public hearing, they scheduled one.

“Nobody will come, but that’s all right,” Diane Langlois said. She is the village treasurer and Denis’s wife.

She was right. No one came.

March 19, Election Day in the village, looked like every other day in Fort Ann, except that the village offices were occupied longer than usual.

William D. Carey, a retired corrections officer, challenged Langlois. It wasn’t his first run for mayor, but he said he ran partly because he disagreed with Langlois’ Facebook post.

Of the 307 active registered voters in the village, 59 exercised their right to vote. Langlois won re-election, securing 39 votes.

“It must be the people who approved of what I’ve been doing,” he said on election night. 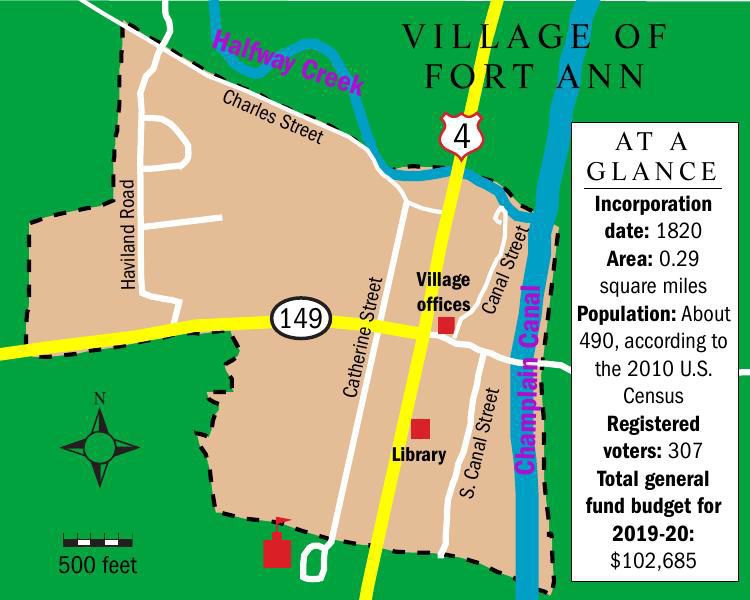 What’s in a village?

Not all states have village, town and county levels of government. Villages were created, according to the New York Department of State’s “Local Government Handbook,” “because clusters of people in otherwise sparsely settled towns wanted to secure fire or police protection or other public services.”

Fort Ann was incorporated in 1820, has no village police department, and contracts for fire services. It does have a public works department. The village also provides water and sewer to some businesses and residents, and pays part-time crossing guards at the school.

Since 1900, more than 40 villages have dissolved, including Salem in the town of Salem in 2016 and Ticonderoga in 1994. Several other villages have explored dissolution and votes have been conducted without success. Those villages include Schuylerville (2011), Corinth (2012), Victory (2013) and Greenwich in 2014.

“Village residents are liable for payment of taxes to the town in which their village is located, as well as to the village in which they reside,” according to the government handbook. “Before the advent of the automobile, village residents rarely considered this dual taxation unduly burdensome. However, the need for paved town roads and the rapid growth of population in towns near the state’s metropolitan areas has greatly increased expenditures for the town highways and highway-related items.”

Most of Fort Ann’s $100,000 general fund goes toward road maintenance and lighting.

About a quarter of the general fund pays the salaries of the mayor, two trustees, the village clerk and village treasurer. Langlois cut his pay by $500 in the latest village budget to be even with the trustees’ at $4,000. Diane and Clerk Linda Blondin received $100 raises, each, bringing their salaries to $5,700.

The sewer fund is about as much as the general fund, and the water fund is about $90,000. The wastewater treatment plant is aging, as are the village water lines. Harry Ziegler, the director of the village’s public works, has said some of the sewer lines date back to 1939. He has also contended with several water main breaks.

Langlois said there’s a strong partnership between Ziegler and the town Highway Department, but it appears they are the only two departments that talk intermunicipally.

Though the town offices are located in the village, around the corner on Route 4 from the village offices, neither municipality’s officials attend the other’s meetings.

Moore said as long as he has been town supervisor, the Town Board has never discussed combining with the village. He referred any more questions to the mayor.

Langlois said he has heard about Gov. Andrew Cuomo’s talks on shared services and consolidation to save taxpayers’ money, but he feels the water and sewer services, the plowing, lighting, and three village parks make the village worthwhile.

Money and services aside, Langlois said of dissolving, “You lose your identity once you do that, and that’s all I got to say about that.”

Like many canal communities, buildings have fallen into disrepair, village businesses have come and gone and important infrastructure has become costly to fix.

Town Historian Christine Milligan said she remembers multiple doctors’ offices, a pharmacy and a family-run grocery store. There used to be a a patisserie in the village, too, said Bruce Mason, a former village trustee and owner of Mason Funeral Home.

Traffic flow between New York and Vermont streams steadily year-round, tempting some businesses to take a chance on the village.

“I thought it would probably be a much bigger place by now, with the amount of traffic flow, but it’s kind of still maintained its character,” Mason said. “It’s a positive little community. I think things are getting better, to be honest with you, but it’s got a lot of struggles.”

Mason declined to voice his opinion on whether the village was still needed.

Jim Hume, one of the partners who started Battle Hill Brewing Co., said business has picked up since the opening in September 2015. Battle Hill has eight beers on tap and now serves food; leaf-peepers stop by in the fall, skiers in the winter; and Americade attracts quite a few folks in the summer, he said.

Besides the brewery, funeral home and town and village offices, the village has a Cumberland Farms, Dunkin Donuts, Glens Falls National Bank and Grumbellies Eatery. Outside the village limits are more businesses, including a Dollar General and a shed supplier.

Glens Falls National Bank, housed in a replica of the Revolutionary War-era Fort Anne, is a mix of the village’s past and present, with cars and trucks using its drive-thru.

Milligan, her great-aunt and late Town Historian Virginia Parrott, and several other town residents have been active in preserving and trying to promote Fort Ann’s historical importance as the site of a Revolutionary War battle before troops headed to Saratoga. She and others had trouble getting people interested in the historical Battle Hill, where the town is working piece by piece to potentially turn it into a park.

She’s found, she said, that there’s an apathy in society today. Unless something major is happening, residents don’t often attend local government meetings.

“Half the people didn’t even know he (Langlois) was the mayor,” she added of the village.

Grumbellies owner Jeff Hamblin said business has picked up for him and his wife, Irma, since they opened in 2016 inside the old American Legion building on Catherine Street.

But their work in the village has turned into something more, as they have taken over organizing musical performances in the village park during the summer and the village’s Independence Day parade. They have their own float.

“I want to put Fort Ann back on the map,” Hamblin said. “I don’t know if they lost pride in what they had, or businesses left because there’s no money.”

Langlois and the Village Board presented Hamblin with a plaque, which hangs in his restaurant, thanking him for keeping the music in the park going. Langlois had told Hamblin that the village couldn’t do it anymore, because that would require raising taxes.

During one music-in-the-park evening, while Hamblin was walking around and introducing himself, someone asked if he was the mayor.

Fort Ann village residents on Tuesday re-elected Mayor Denis Langlois, who has held the seat since 2017 after getting appointed.

Public hearing on Fort Ann village budget set, though board already OK'd it

What was thought to be a budget workshop on Jan. 14 turned into the Fort Ann village trustees voting to adopt the 2019-20 proposed budget with…

The village of Fort Edward’s recycling bin, which is meant only for village residents, has been full to the brim over the last several months,…

The story about Fort Ann Mayor Denis Langlois has gotten national attention, and was recently picked up by the Associated Press for its news wire.

The mayor of Fort Ann posted a status on his private Facebook page calling anyone who voted for Democrats "retarded," and on Election Day said…

A sign shows the start of the Village of Fort Ann on Route 4 heading north.

Glens Falls National Bank is built as a replica of the Revolutionary War site Fort Anne, as seen in the village of Fort Ann.

A pocket park is seen along the Champlain Canal in Fort Ann.

Grumbellies and Dunkin Donuts are seen in the Village of Fort Ann.

Grumbellies owner Jeff Hamblin sits inside his establishment on March 19 in Fort Ann.

The village of Fort Ann's offices are seen.

One of the village's parks is seen on Route 4.