Skiers and snowboarders at West Mountain Ski Area in Queensbury will enjoy a totally transformed ticketing experience this season with the installation of an RFID card system used by many ski resorts these days.

Once patrons buy the $6 card, either through guest services or at “pub station” kiosks on the mountain, they can avoid ticket lines and recharge it online. It can also have money loaded onto it to be used to pay for everything from rental skis to food and drinks in the lodge.

“It really will change the experience for the guest,” West Mountain co-owner Spencer Montgomery said Friday. “And once we have the ski-and-stay resort, it’ll be your key to get into your room.”

Montgomery said the $400,000 radio-frequency identification system will make it so much easier for guests, and will also make it tougher for people to cheat the system and ski for free.

He said industry data shows that resorts lose about 5% to ski cheats during the day and about 7% at night. Cameras are also being installed that take a picture when a person goes through the gantry for the first time, which can be compared as the skier goes through later in the day to reduce the chance of people sharing a pass.

But Montgomery said the main reason for the decision to install the system was for guest ease and only about 10% was to reduce theft.

He said it will also help with staffing problems, saying it was almost impossible in recent years to staff ticket checkers.

Montgomery also announced that the mountain this season will also again offer 2-hour tickets, which he expects will be very popular among locals. Although the price for the Monday-Friday tickets hasn’t been announced yet, Montgomery said many people have asked him for a return of the option and with the new ticketing system, he said it made sense to again offer it.

With the new system, the ticket doesn’t start until the skier or rider goes through the gate for the first time, which he said was a problem in the past because skiers would buy a 2-hour ticket, then get rentals and they might have already used up 30 or 45 minutes.

He expects the after-work crowd to pick up as a result of the 2-hour ticket.

“It’s a psychological thing. People didn’t want to buy a 4-hour ticket with only three hours left to ski,” he said.

Recent cold temperatures also allowed West Mountain to turn the snow guns on Friday, much earlier than last year. Montgomery hopes to be able to open for the season by Dec. 10, weather permitting.

While West Mountain officials were prepping for the season, Gore Mountain in Johnsburg actually opened on Friday with limited terrain for intermediates and experts only.

“This is pretty early for us,” Marketing Manager Julia Johnson said Friday morning. “We usually aim for Thanksgiving, so if we can ever get it open before then, we are super-excited.”

Johnson said the recent cold snap has been “fabulous” for snowmaking and the Wednesday night snowstorm dropped 5 inches to really make the mountain look more like mid-season.

Gore will offer skiing on basically one run this weekend serviced by the Adirondack Express chair. The run will take skiers and riders down portions of Sunway, Quick Silver, 3B and Jamboree. The mountain will close again on Monday and reopen for next weekend on Friday.

Asked about changes or exciting news at Gore this season, Johnson was quick to point out that the mountain will host World University Games events from Jan. 12-22, featuring some of the world’s best collegiate athletes.

While Whiteface Mountain near Lake Placid will be hosting many of the skiing events, Gore will host slopestyle, big air, ski cross, boardercross and snowboard slalom events.

“We’re hosting all the cool events,” Johnson said. “And this is all happening right there on Wild Air and the Arena so it is an awesome event for spectators to check out.”

David Blow is a freelance journalist and professor of Media and Communication at Castleton University and may be reached at davent67@gmail.com. 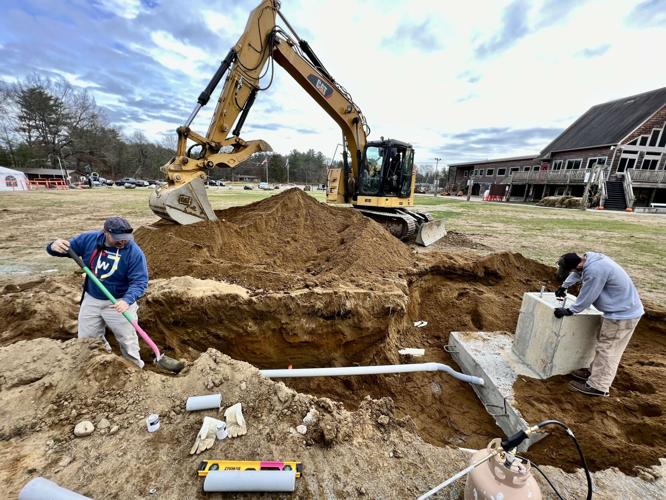 Workers at West Mountain Ski Area in Queensbury work on the base of what will be a new RFID ticketing system that will streamline the ticketing process at the mountain and improve skier experiences. 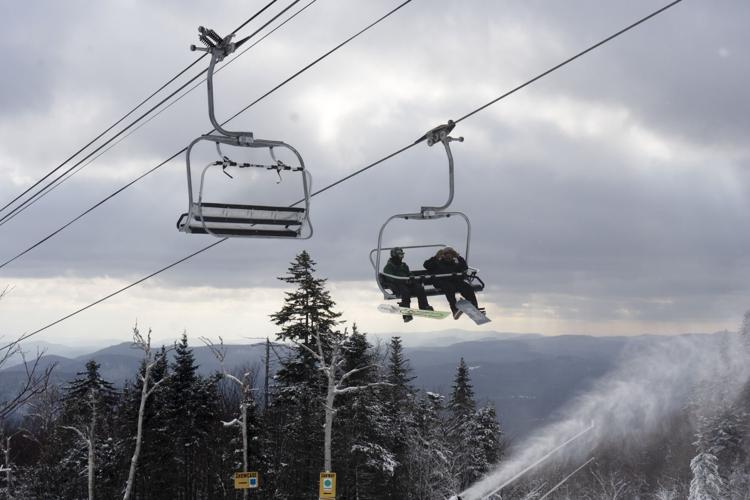 A scene from opening day at Gore Mountain in North Creek on Friday. 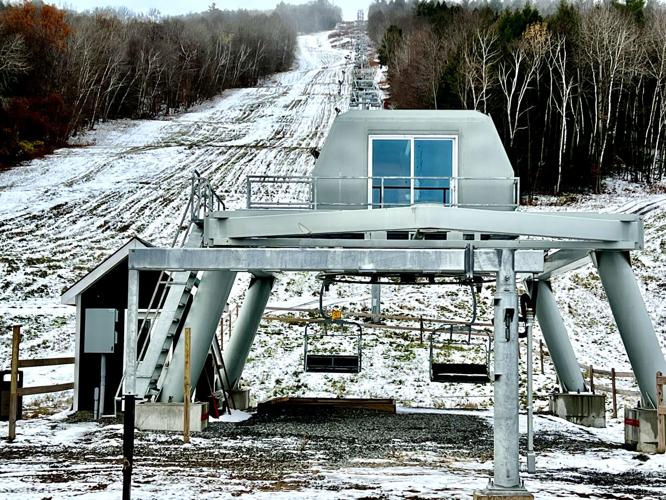 The frame for a new RFID ticketing system has been installed at both the Northwest side of West Mountain Ski Area (pictured) and the main area, which will streamline the ticketing process and improve skier experiences. 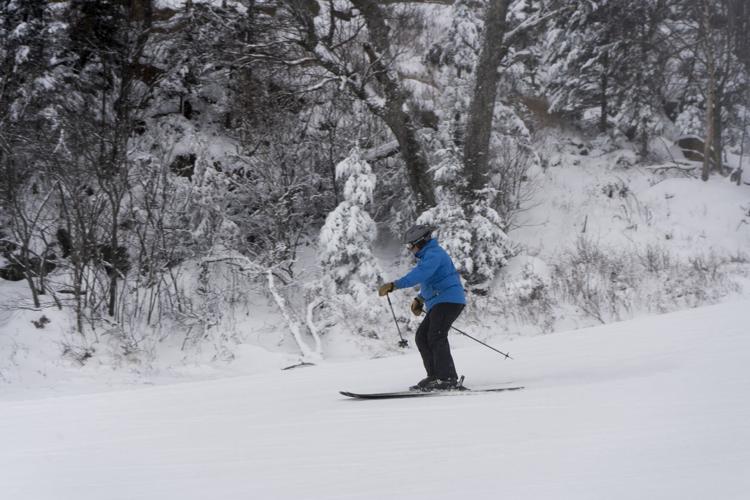 A skier enjoys an opening day run at Gore Mountain in North Creek on Friday.