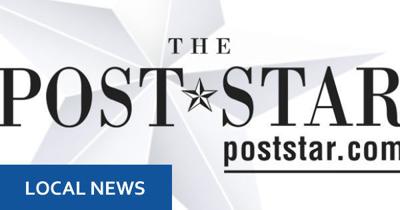 QUEENSBURY — Warren County supervisors plan to work with other counties to try to undo changes in state law regarding bail for accused criminals that one supervisor on Friday called “revolting.”

State law that governs when bail can be set for criminal defendants will change on Jan. 1, which will result in many accused criminals who would have been sent to jail being released on their own recognizance, without bail to secure their re-appearance. That has concerned police, prosecutors and victim advocates, who worry about protection of victims and many defendants not returning for court appearances.

Warren County supervisors and the county administrator lashed out Friday at the state’s so-called “bail reform,” pointing to a local case that involved the truck crash killing of a spouse of a county worker.

County Administrator Ryan Moore told supervisors that the bail changes hit home for him and many other when it was learned that the man who led police on a high-speed chase that ended with collision that killed a Horicon town official last month would be released after his arrest, had the homicide occurred after Jan. 1.

Moore gave an impassioned address, talking about the tragic death of Horicon resident Joseph Turcotte and how the man blamed for his killing, a former resident of Canada with a lengthy history of not showing up for court, would be released without bail on the second-degree manslaughter charge filed against him under the changes coming next year.

“This isn’t a political issue. It’s a matter of right and wrong,” Moore said.

Chester Supervisor Craig Leggett said the state wrongly took a “one size fits all” approach when trying to address problems with the criminal justice system in bigger cities that don’t seem to exist in rural parts of the state. The changes were also pushed into law with the state budget, without full Legislative debate.

Glens Falls 3rd Ward Supervisor Claudia Braymer, an attorney, said she discussed the issue with county District Attorney Jason Carusone this week and concluded the changes are going to be a “problem” for local residents and law enforcement.

In addition to releasing some who are accused of serious crimes, the law also changes electronic monitoring programs that will limit that method’s use of supervising accused criminals as well, Braymer said.

“We need to get some more mass behind what we are trying to tell Albany,” Braymer said.

Bolton Supervisor Ronald Conover, chairman of the county Board of Supervisors, said supervisors who are members of the Intercounty Legislative Committee of the Adirondacks will take it up with that organization when it meets next week. The county board’s Criminal Justice & Public Safety Committee will discuss the issue at its meeting Tuesday morning.

“We’ve definitely got to dial up the volume on this; something needs to happen,” Conover said.

State Assemblyman Dan Stec, R-Queensbury, announced Friday that he sent a letter to Gov. Andrew Cuomo asking that the bail changes be delayed so that the changes can be “re-examined.” He called for the law’s repeal late last month, to no avail.

“There are far too many loopholes that allow dangerous criminals to walk free and not return for their court appearances,” he wrote.

Turcotte was a master craftsman boat builder who served on the Horicon Planning Board. He was killed Sept. 26 when hit by a pickup truck driven by a man who was fleeing from State Police at high speeds on the Northway.

That man, Skyler C. Crouse, 30, has pleaded not guilty to a 12-count indictment that includes manslaughter, assault and reckless endangerment charges. The assault charge, a violent felony that will be eligible for bail as of Jan. 1, was added by a Warren County grand jury.

He is being held in Warren County Jail.

Major changes are coming to the way criminal cases are prosecuted in New York starting Jan. 1, and only those on the defense side of the aisle…

More lawyers are being added to represent poor defendants in criminal cases in Warren County.

Warren County prosecutors want to force a fatal crash suspect to give a DNA sample.