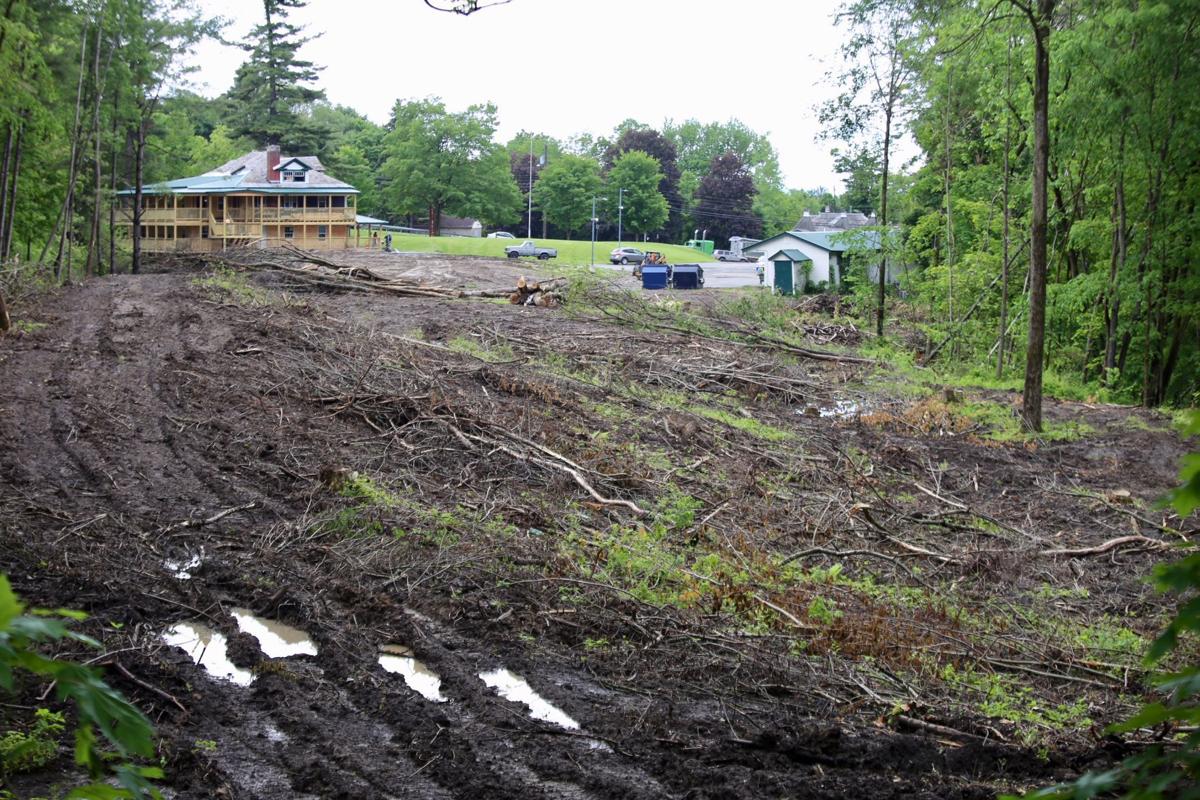 A clear-cut hillside is seen behind the Springs Motor Inn Thursday in Fort Edward. 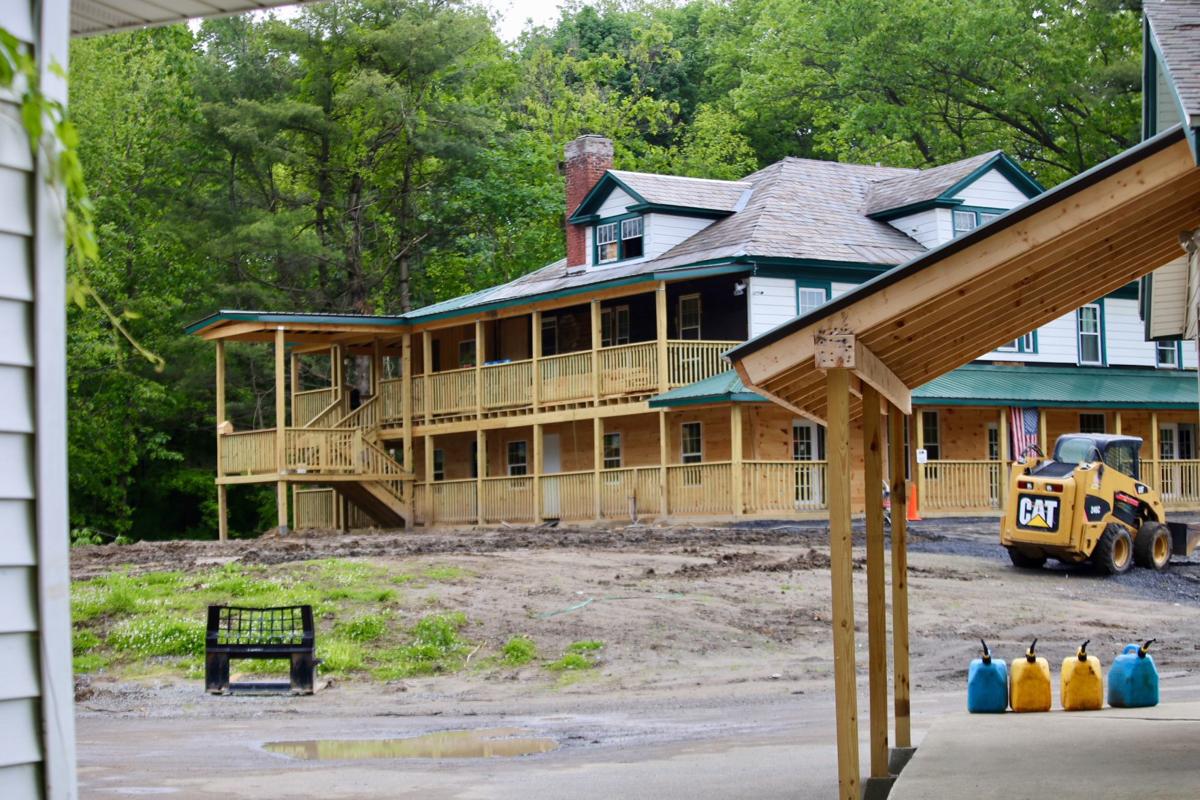 Renovations are underway Thursday at the Springs Motor Inn in Fort Edward. 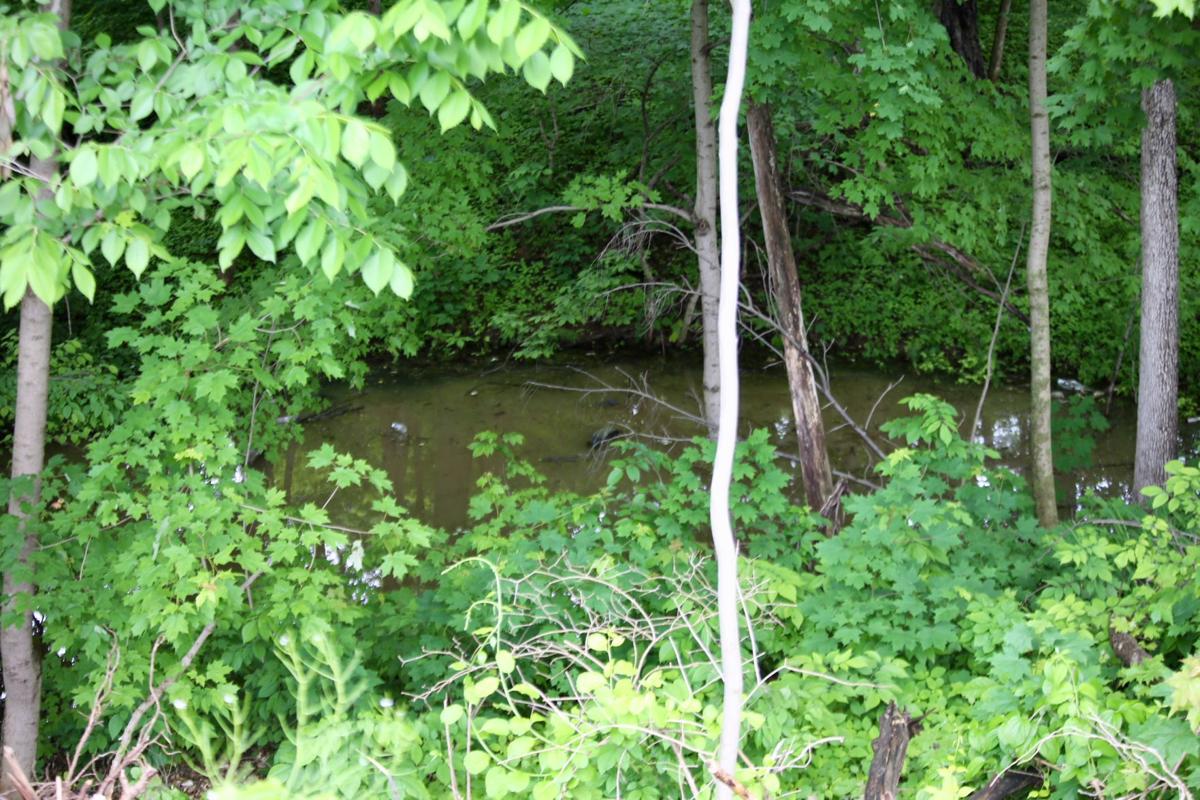 A ditch that collects run-off is seen Thursday near the Springs Motor Inn in Fort Edward. 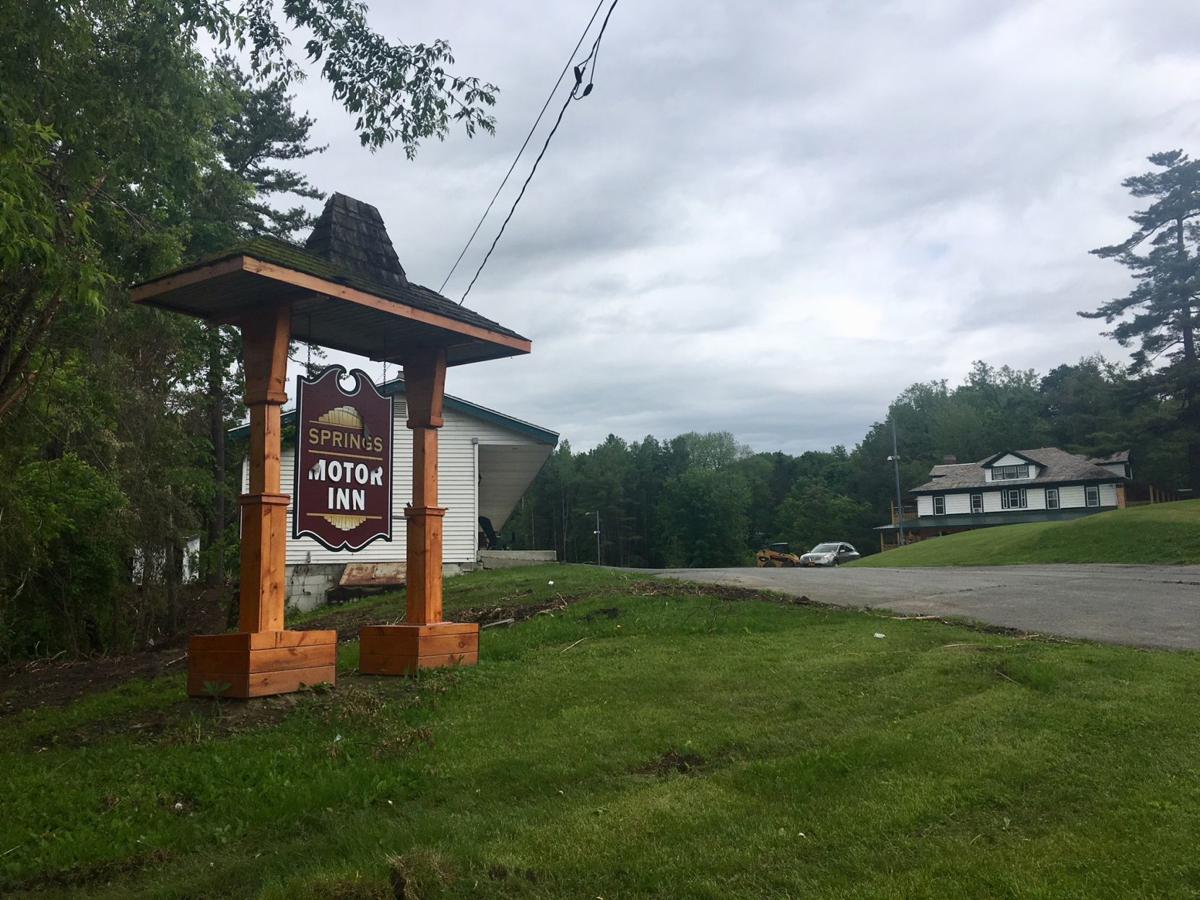 The Springs Motor Inn is seen Thursday in Fort Edward.

FORT EDWARD — A local motel owner cleared part of his property without stormwater management practices in place, a move that could not only lead to violations and fees for him, but also the village.

Rasheed Bhatti, owner of the Springs Motor Inn on Broadway in Fort Edward, said in an interview Thursday that he had cleared the middle portion of his property for a future vision to build senior housing.

He was not aware that anything had been done wrong, he said. He thought something was wrong with the communication between himself and the village.

The clear cutting of shrubs and trees, however, led to a visit from the state Department of Environmental Conservation, which said Wednesday that there were “violations related to stormwater management problems at the Springs Motor Inn, including siltation of the nearby stream. DEC is directing the village to bring the site into compliance with stormwater management regulations. If the facility is not brought into compliance, DEC will take necessary enforcement action against (the) village, including potential penalties.”

Village officials said Monday night that Bhatti had not applied for a stormwater permit to conduct the work, and Code Enforcement Officer Dave Armando had issued Bhatti a cease and desist order.

“After these storms, you can literally see it (mud) oozing into the stream,” said Trustee Ed Carpenter. “He (Bhatti) did so much before we even realized it, and he didn’t even ever get a permit.”

With the DEC’s visit slated for Tuesday, village officials said Monday night that they would enforce their stormwater regulations, which are triggered when someone disturbs an acre or more. Armando said Wednesday that he certified mailed an “order to remedy violation” to Bhatti.

Mayor Matthew Traver said in an email Wednesday that this means Bhatti has 48 hours from the time he receives the order to submit a plan that complies with the village’s stormwater regulations. It could mean replanting vegetation, he added.

Bhatti could be fined $350 a week if the plan is not satisfactory, and he could be responsible for costs the village may incur, Traver added.

The DEC said the village is responsible for management of stormwater within the village, under a program called MS4, or small municipal stormwater sewer systems.

“I assumed everything was on the same page,” he said. “I’m here to make sure I do the right thing, what is necessary.”

Village officials said Monday that Bhatti had been told to put up silt fencing to catch any runoff. As of Thursday, a fence had not been put up. Bhatti said Thursday that he had planned to do that, but there were many shrubs in the way of where the fence would go. The rain has also made the ground wet and unstable for the fence to go in, he added.

“We were waiting for the weather to dry a little bit,” Bhatti said.

He also plans to install dry wells, which will collect the stormwater on site. He did not disturb the vegetation and trees around the drainage ditch, either, he said.

It’s unclear what lies beneath Bhatti’s property, too, as some parts on the north end appear very dry, while the south end is wet. Deputy Mayor Peter Williams had suggested that there could be some abandoned pipes and infrastructure underground.

Bhatti was distressed Thursday by the order, which he had received in the mail that day. He said he had not received a cease and desist order from Armando.

He was upset, too, because a ditch on the south side of his property has been a dumping ground, and he feels some neighbors may be angry that the site is getting cleaned up. He said people don’t always like change.

Bhatti, too, asked Armando to have the village clean up the ditch. Bhatti has been cleaning it for about three or four years since he bought the property. He believes it is the village’s responsibility to maintain, and village trustees had discussed with Armando on Monday about getting highway crews to inspect it.

While he has not yet come before the planning board with specific plans for senior housing, Bhatti hopes it’s a service he can bring to the community. He said he sees a number of people 60 and up who don’t have much income and need one-floor, fixed rent places to stay.

“It’s going to be all good for this community,” he said. “It’s going to look beautiful — small, petite, no stairs. I’m in the hotel industry. I know what to build. This is what my thoughts were.”

He imagines 10 to 20 homes, and adding a back entrance toward Marion Street.

Bhatti is also fixing up the old former restaurant on the property, adding a wrap-around porch. He hopes to add five hotel rooms to the bottom floor, and the top floor will remain two apartments that he rents.

With $500K donation, Hudson Falls park on its way to $1.1 million upgrade

HUDSON FALLS — It can be hard to pinpoint just when, how or why something takes a turn downhill.

The town of Fort Edward voted to pay the village $600 per month for the use of its recycling collection bin.

FORT EDWARD — A fire at the town’s highway garage last week has left the building a total loss.

Sudanese man in NYC unable to talk to family

A clear-cut hillside is seen behind the Springs Motor Inn Thursday in Fort Edward.

Renovations are underway Thursday at the Springs Motor Inn in Fort Edward.

A ditch that collects run-off is seen Thursday near the Springs Motor Inn in Fort Edward.

The Springs Motor Inn is seen Thursday in Fort Edward.