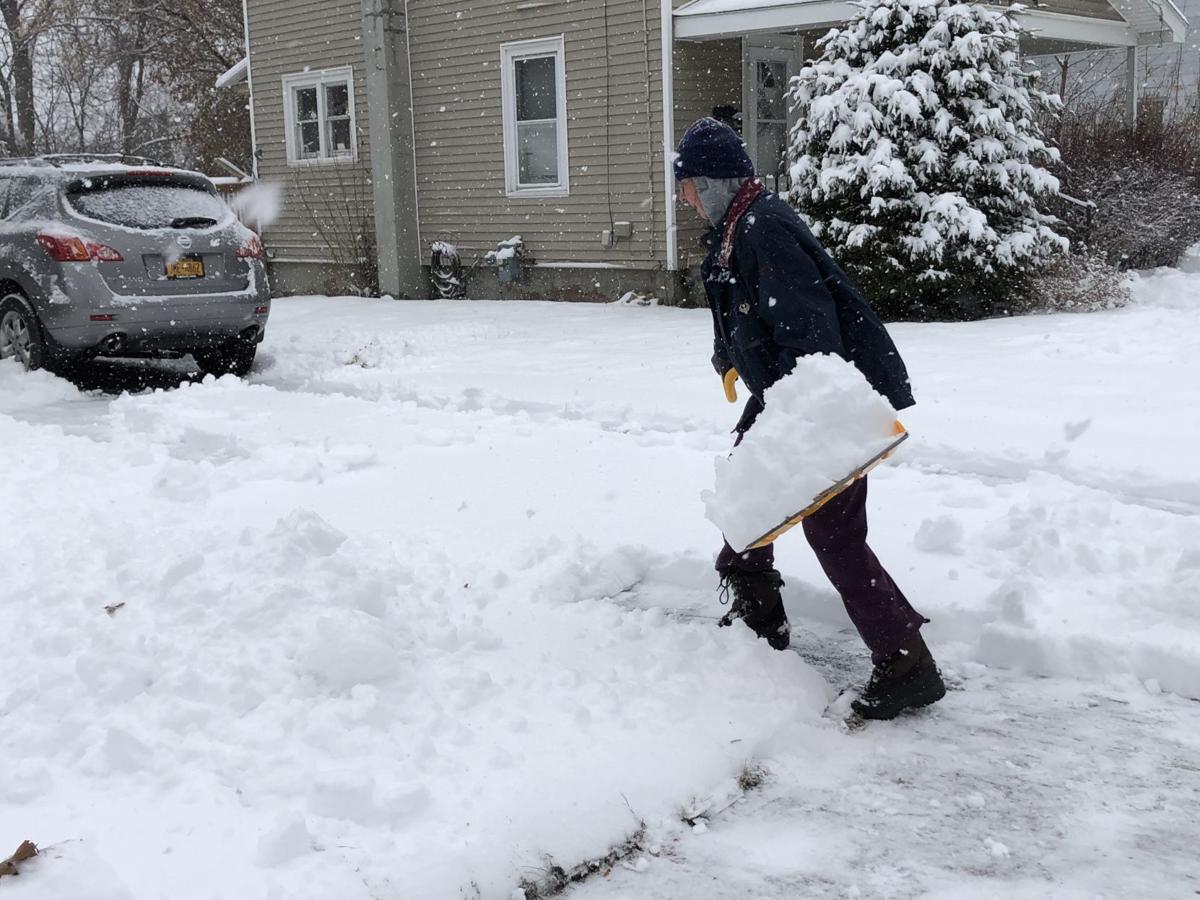 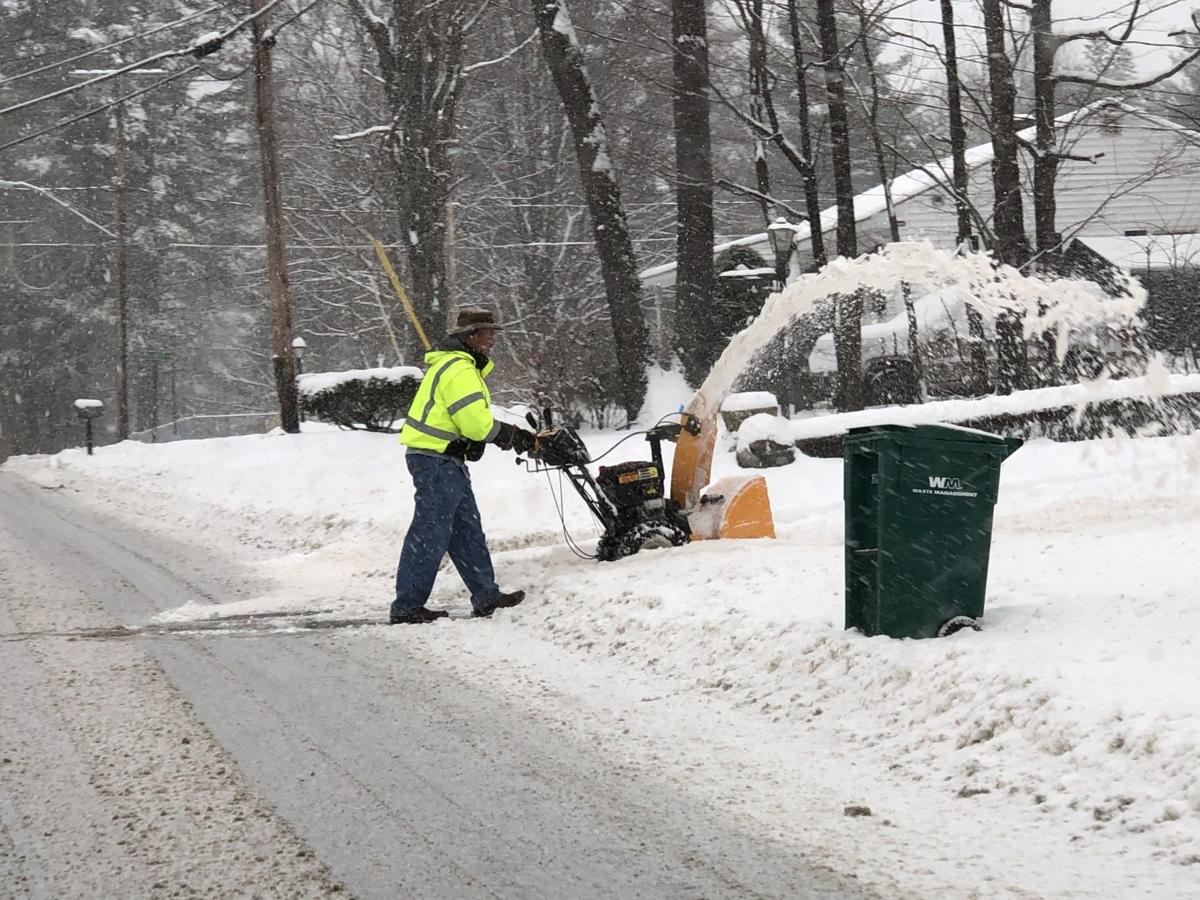 A snowblower is used to clear a driveway on Mountainview Lane in Queensbury on Monday morning. 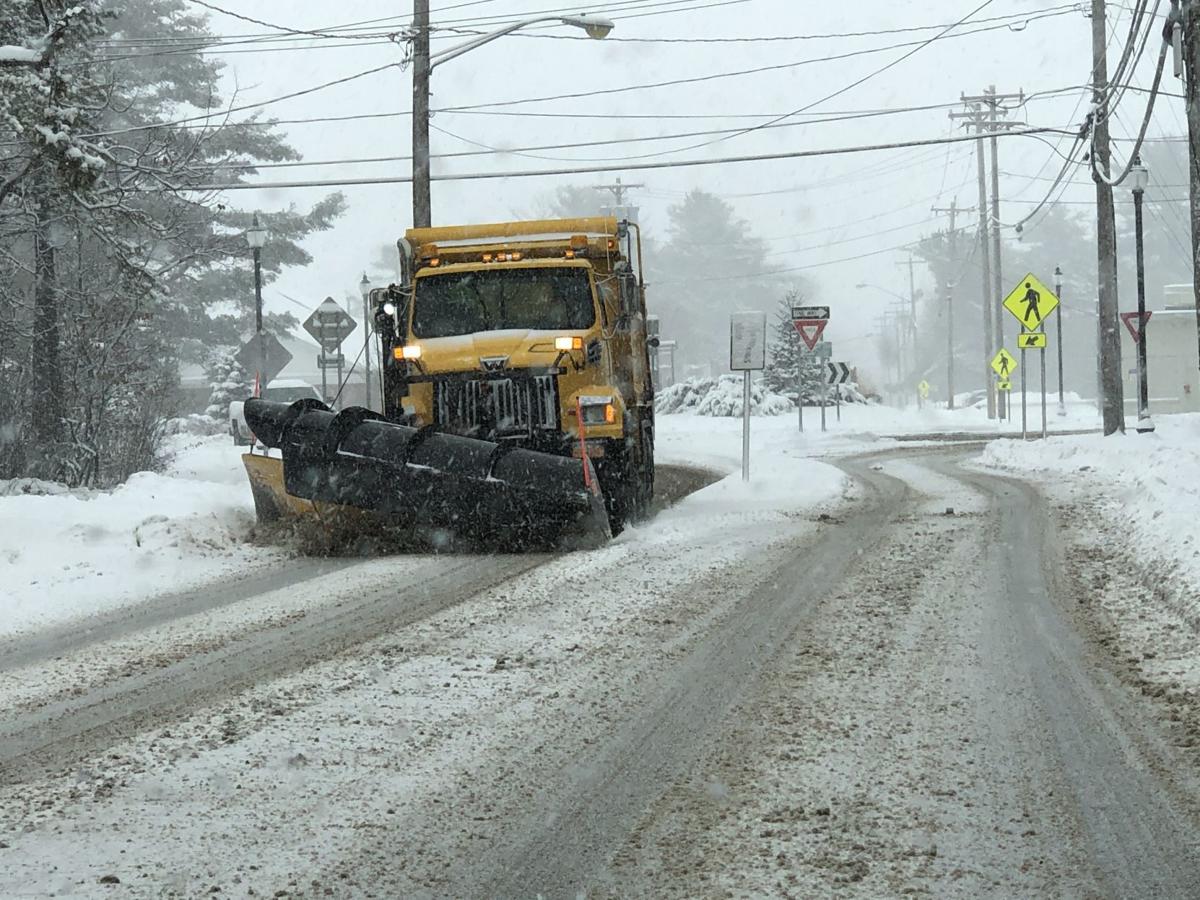 Parts of Saratoga County got more than two feet of snow from a two-day snowstorm that brought heavy snow for more than 30 hours, with snow expected to linger into early Tuesday for some.

Saratoga County, where up to 25 inches of snow was reported in the southwestern portion of the county, was among counties where the state declared a state of emergency Monday afternoon. State officials advised no unnecessary travel Monday in areas where snow piled up the highest.

A winter storm warning remains in effect until 7 a.m. Tuesday for Warren, Washington and Saratoga counties. A winter weather advisory was in effect for Essex and Hamilton counties, with less accumulation expected.

The following are snowfall totals courtesy of the National Weather Service out of Albany through Monday evening:

The biggest accumulations as of early afternoon Monday were in central and southern Saratoga and southern Washington counties, where 21 inches was measured in Malta and Clifton Park.

Most of the Glens Falls area got 8 to 10 inches, with less on the ground to the north; Hague got about 5 inches. The hamlet of Eagle Bridge in Cambridge got more than 15 inches.

Ray O’Keefe, a meteorologist with the National Weather Service in Albany, said bands of snow set up on Monday, and those who were under a band picked up significant accumulations in short amounts of time.

Local police reported a number of accidents Monday on the Northway, as well as a rollover crash at the intersection of county routes 18 and 21 in Whitehall. Two injuries were reported in the Whitehall crash.

Police also dealt with a crash involving a Queensbury town snowplow on Sunday afternoon, and conditions of the people injured in that accident were not available from the Warren County Sheriff’s Office on Monday.

The status of the plow driver and truck also were not available, as Queensbury Highway Superintendent David Duell did not return a phone call for comment Monday.

Warren County Public Works Superintendent Kevin Hajos said the storm was a tough one for plow drivers, as it lasted more than 24 hours. The only blessing was that the northern part of the county didn’t get as much snow as the south end.

He said his department has used a large amount of road salt so far this fall/winter, as a series of ice and snow storms hit the region over the past few weeks.

“My biggest concern right now is my road salt budget,” he said. “These early season storms can have a huge impact on your budget. Normally we don’t expect this much this early in the season.”

Warren and Washington counties municipal centers remained open, but many state workers got the day off, as Gov. Andrew Cuomo directed that “non-essential” employees in the Capital District stay home.

Local state courts, such as those at the Warren, Washington and Saratoga counties municipal centers, are also closed for the day, though Queensbury Town Court stayed open.

By late morning Monday, Cuomo activated 300 National Guard members and declared a state of emergency for hardest hit counties in the Capital District and counties to the southwest, where nearly 30 inches of snow had accumulated by noon.

Speed limits were reduced to 45 mph on parts of the state Thruway because of whiteout conditions.

A snowblower is used to clear a driveway on Mountainview Lane in Queensbury on Monday morning.