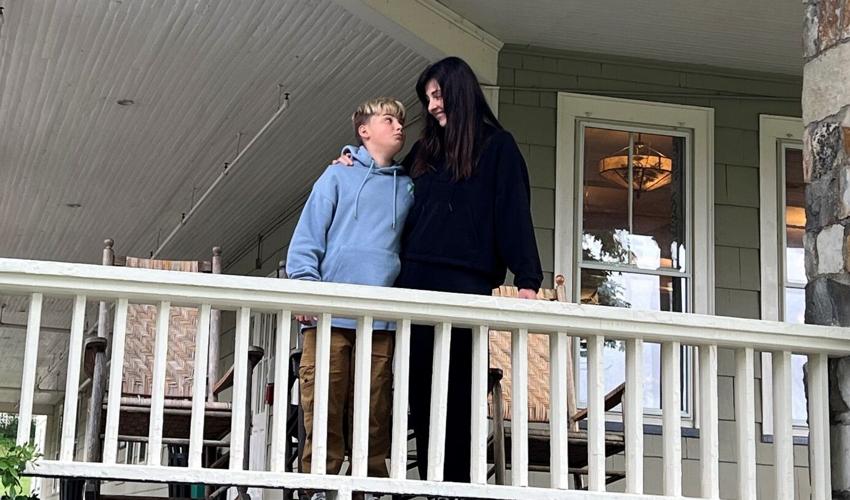 Valeriia Polishchuk, right, and her 11-year-old son Rostyslav stand on the porch at the Silver Bay YMCA in Hague. The Ukrainian refugees arrived several weeks ago and are living at the resort. 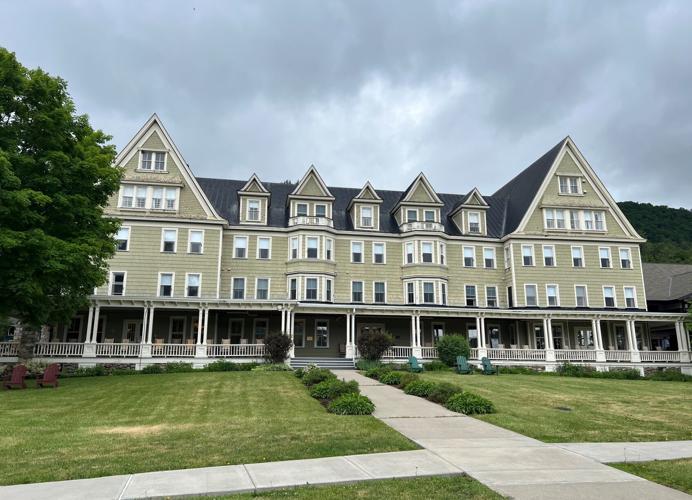 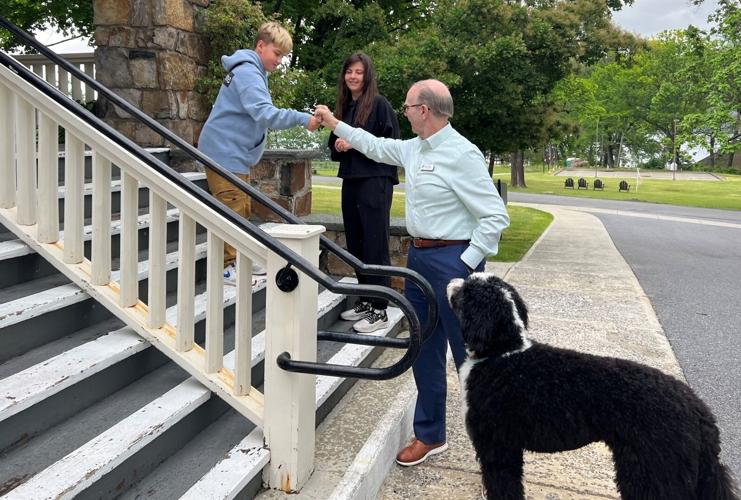 Rostyslav Polishchuk, left, fist bumps Peter Doliber, the CEO of Silver Bay YMCA, as Rostyslav's mother, Valeriia, looks on. The Ukrainian refugees arrived several weeks ago and are living at the resort.

HAGUE — It was still winter when Valeriia Polishchuk and her 11-year-old son Rostyslav packed a few items of clothes in their native Odesa and fled Ukraine.

“It’s difficult because … when I chose what I need, I don’t know what I need,” Polishchuk said. “I take some things.”

She only packed winter clothes, not knowing that their journey would eventually take them to the Adirondacks in upstate New York in May.

“It was cold out, and now it’s summer,” said Polishchuk.

She sat on a rocking chair on the grand porch at the Silver Bay YMCA Conference and Family Retreat Center on Thursday as light rain came down outside.

Her 11-year-old son sat in the chair beside her.

They arrived at the YMCA resort about three weeks ago. They are known to those at the resort as Vali and Rustiq.

Vali worked as a hairdresser for 10 years and a stretching instructor for the last three years in Odesa, a port city on the Black Sea in the southern portion of Ukraine. The city of about 1 million people is known for its beaches and 19th century architecture.

Russian airstrikes hit Odesa on Feb. 24, targeting warehouses in the city. Vali knew she had to get out and take her son with her.

“It was an emergency situation,” she said.

Long lines formed at the gas stations, which couldn’t supply enough petrol for the number of people fleeing Odesa. She packed up her son and headed to a friend’s home 50 kilometers away from Odesa near the Crimea border.

“We stayed there a week maybe,” she said.

They were forced underground when bombs started dropping outside her friend’s home and fighting erupted.

“We stayed underground maybe one, two night,” she said, “and decided to (leave) Ukraine because it was a difficult situation.”

While she was driving away, she watched the fighting in her war-ravaged country.

“When I left Ukraine, I ride on the road and on my left side was the bombing and fire and smoke,” she said. “It was horrible.”

Instead, Vali and Rustiq drove to Romania in the southeast region of Europe.

At the same time, Peter Doliber, the CEO at Silver Bay YMCA, was looking for ways to help Ukrainian refugees by offering them a home at the resort.

Doliber said Vali and Rustiq eventually made their way to the United States through the Mexican border. They have been granted protection status, but their background checks and paperwork will take two to six months.

“They’re in a situation where they’re in a foreign country, they’re not allowed to work, but they also have to support themselves,” Doliber said. “So we made the decision with Anya that we would be happy to take those folks in that want to be here.”

Doliber is hoping to bring more, but acknowledges that not all Ukrainian refugees, especially those fleeing big cities, would want to relocate to the rural Adirondack Park.

But Vali and Rustiq are grateful for their beautiful surroundings. They’ve been enjoying the lake, and Vali has been volunteering by baking in the kitchen.

“It’s amazing people who work there,” she said. “Very kind, friendly, and I can feel that I’m at home with them.”

Once their paperwork is done, Silver Bay YMCA will be able to pay her for working. They have been practicing their English and playing tennis together. Rustiq will be joining Silver Camp when it starts June 25.

Vali doesn’t know her plans for the future, but doesn’t think she will return to her home country of Ukraine. She has no family there anymore.

The goal is to bring more Ukrainian refugees to the camp, Doliber said. They encourage other YMCA conference centers to open their doors to refugees as well.

Gretta Hochsprung writes features and hometown news. She can be reached at 518-742-3206 or ghochsprung@poststar.com.

An 8-year-old Argyle boy died on Saturday in an accident involving a utility terrain vehicle, state police said on Tuesday.

Queensbury man charged with DWI after going off road

A man was charged with aggravated DWI on Saturday after he drove off Lockhart Mountain Road in Queensbury, police said.

A man has died after an accident at the town of Long Lake's transfer station on Monday.

A Glens Falls woman was arrested on Saturday during a traffic stop after police discovered she had an active bench warrant, and she was also found to be in possession of narcotics, police said.

Police: Man arrested for unlawful surveillance at a Warrensburg campground

A Colonie man is accused of unlawful surveillance at the Warrensburg Travel Park and Riverfront Campground on Saturday.

A man from Boulder, Colorado, drowned in Friends Lake in the town of Chester on Sunday, police said.

A Monday evening storm pulled down some trees and power lines in the region, including in Kingsbury and elsewhere in Washington County.

Valeriia Polishchuk, right, and her 11-year-old son Rostyslav stand on the porch at the Silver Bay YMCA in Hague. The Ukrainian refugees arrived several weeks ago and are living at the resort.

Rostyslav Polishchuk, left, fist bumps Peter Doliber, the CEO of Silver Bay YMCA, as Rostyslav's mother, Valeriia, looks on. The Ukrainian refugees arrived several weeks ago and are living at the resort. 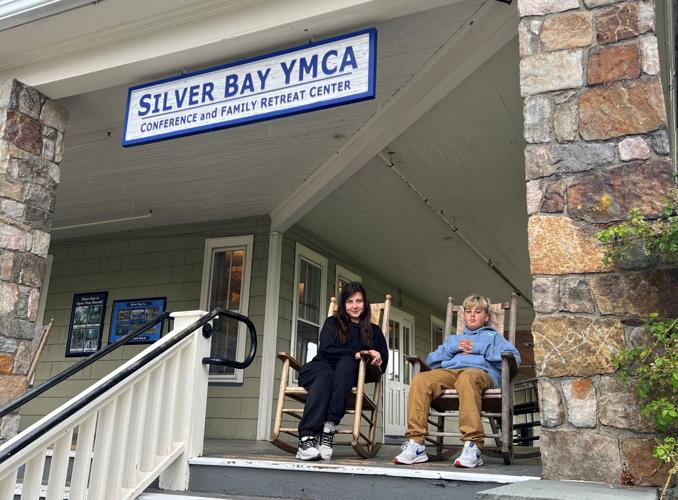 Valeriia Polishchuk, left, and her 11-year-old son Rostyslav sit on the porch at the Silver Bay YMCA in Hague. The Ukrainian refugees arrived several weeks ago and are living at the resort.