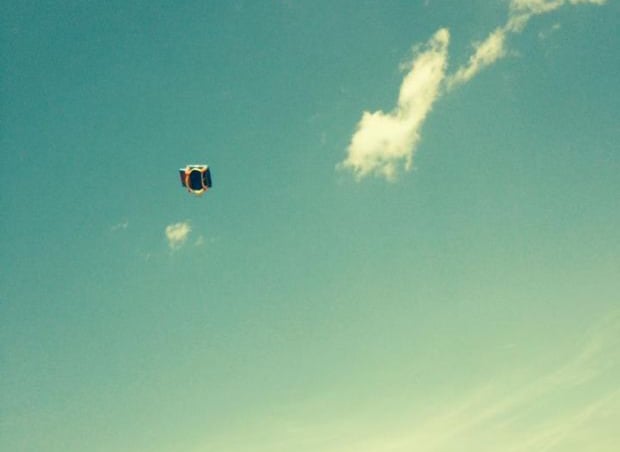 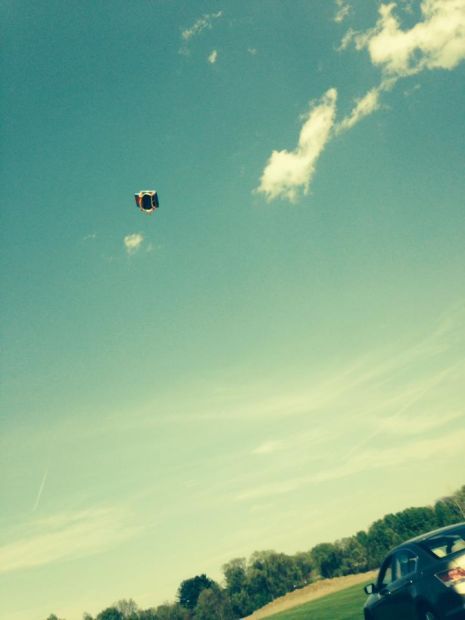 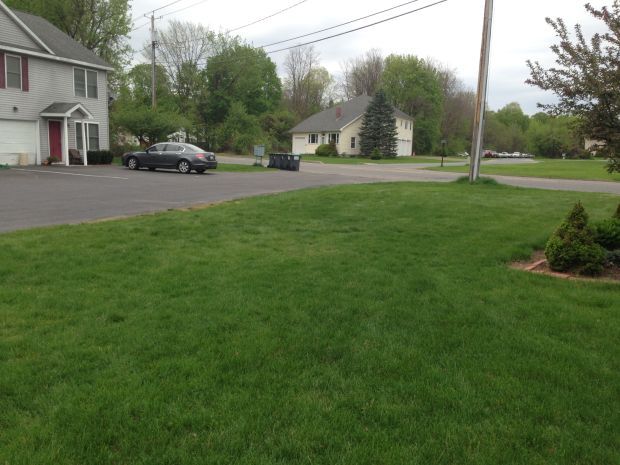 SOUTH GLENS FALLS -- Two young boys were seriously hurt late Monday afternoon when a gust of wind blew an inflatable “bounce house” into the air with three children inside, tossing two of them to the asphalt from at least 15 feet above ground.

The boys, ages 5 and 6, were taken to Albany Medical Center, where they were admitted for serious injuries. One suffered a traumatic head injury, officials said. A 10-year-old girl who was inside suffered minor scrapes when she fell, according to her mother.

One of the boys landed on a parked car while the other landed on pavement after being tossed out of the toy when the incident happened at about 3:20 p.m. off Ferry Boulevard.

Taylor Seymour, a resident of the apartment building where the accident occurred, said the wind picked the structure up and spun it around as if it was in a small tornado. One boy was thrown 30 or 40 feet northeast onto Ferry Boulevard, the other about 20 feet southeast, landing on the back of Seymour’s car. The bounce house was at least 15 feet off the ground when the boys flew out.

“It was like a horror movie,” she said. “It just kept going up and up. It cleared our building and the trees.”

South Glens Falls Police Patrolman David Gifford said the boys’ conditions were not known as of early Tuesday, but he said the one who landed on the pavement was conscious and talking at the scene. Police did not release their names.

A neighbor said the younger boy suffered two broken arms and facial injuries, while the older boy suffered a serious head injury. Both were reportedly conscious and alert at the hospital later Tuesday.

The wind blew the house more than 50 feet in the air, from in front of a four-apartment complex at 22 Ferry Blvd. to the fields behind Oliver W. Winch Middle School, according to police and the girl’s mother, who spoke on condition her name not be published. The inflatable structure had to clear a large stretch of woods to get to school property.

South Glens Falls student Emily Boucher, who was preparing for a lacrosse game at the Middle School, took a shocking picture of the toy as it flew through the air. The Bouchers gave The Post-Star exclusive rights to use the photo, and proceeds of its sale to other media outlets will be donated by the Bouchers to the families of the boys who were hurt.

Media outlets from around the world sought permission to use the photo Tuesday.

The mother of the 10-year-old girl said her child was near the bounce house’s door and was tossed out as it lifted off the ground, but the two other children were not as fortunate and were higher off the ground when they fell.

Gifford said witnesses estimated the bounce house was about 15 feet off the ground when the boys fell. The structure was not enclosed at the top but was surrounded by netting on the sides.

“My older daughters witnessed it and said it was just horrible,” the girl’s mother said. “A big gust of wind just blew it right off the ground with the kids in it. It’s just sickening.”

Gifford said the bounce house, a Little Tikes brand toy that is about 10 feet by 10 feet, was recovered by police on the middle school property, near the bus garage.

The bounce house was owned by a resident of the complex, and it had been set up for neighborhood children. Gifford and the mother of the girl said it was fixed to the ground with stakes, but the wind pulled them out.

“The witnesses said it was a sudden burst of wind and it just lifted off the ground,” Gifford said. “It was just a freak accident.”

Seymour said the owner of the toy, who was not a parent of the injured children, has owned it for a few years and set it up numerous times. She said he put it up earlier Monday, and stakes were used to secure it to the ground. She said one of the stakes landed across a parking lot and near the apartment building.

The mother said neither she nor others whose children had been using the toy realized the danger on windy days.

“I don’t think people know that this can happen when it’s windy,” the mother said.

Both boys are kindergartners at Harrison Avenue Elementary School. South Glens Falls School Superintendent Michael Patton said staff was on hand at the school Tuesday to offer support as needed to children and staff members.

Dozens of children around the country have been injured and numerous children killed in recent years from similar accidents, as bounce houses have become more popular and prevalent.

John Hinckley to be released from oversight

Plant-based chIcken nuggets come to the US market

Plant-based chIcken nuggets come to the US market

Bounce houses are back in the news

This past weekend, a bounce house became airborne injuring five children after a strong gust of wind picked up the structure and threw it into…

Read past stories from the bounce house incident from 2014 in South Glens Falls.