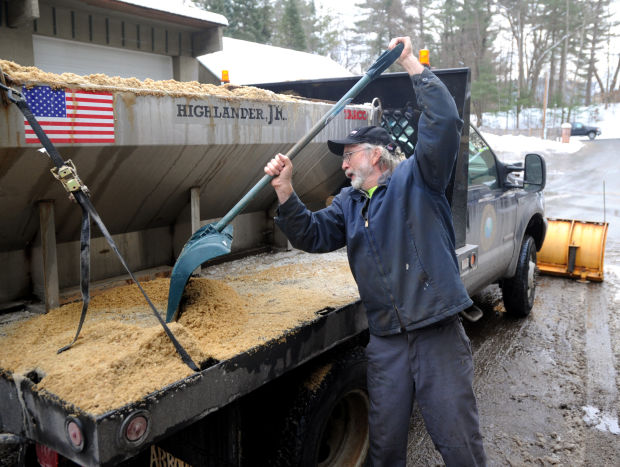 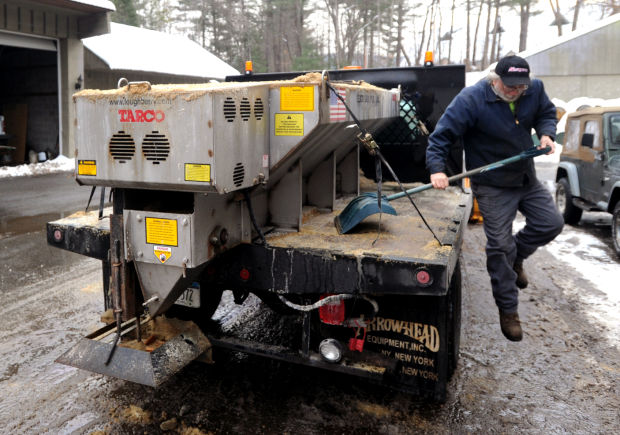 Roger Johnson hops off of a spreader truck as he cleans magic salt off of the truck's bed at the Village of Lake George Department of Public Works facility Friday, December 20, 2013. (Jason McKibben - jmckibben@poststar.com) 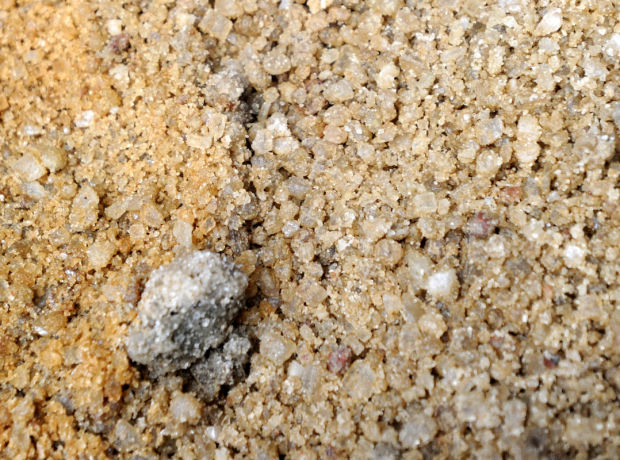 As concern about rising salt concentrations in Lake George ramps up, road de-icing alternatives to regular rock salt are catching on with lakeside municipalities.

The village of Lake George has been spreading Magic Salt, a treated salt, rather than regular rock salt on its roads for about four years.

“For the last 30 to 35 years, the carting of salt levels has indicated a steady and somewhat alarming increase,” said Dave Decker, director of the Lake George Watershed Coalition. “We’ve got to find something to break that trend.”

While much of the lake protection attention in recent years has been focused on preventing the spread of invasive species, environmental leaders in the region have called rising salt levels the next big threat.

According to a recently completed 30-year water quality study of Lake George, sodium levels have tripled. Thousands of tons of salt are applied to roads within the watershed annually, and some people worry if the salt level trends continue, the potability of the water could one day be threatened.

“Salt is a serious, mounting threat to the health of Lake George. It rivals the need to stop invasives,” said Eric Siy, executive director of the Fund for Lake George. “But we can solve this. That’s what I think is so encouraging.”

Rising salt levels in Lake George and many other lakes in the region correspond with an increase in road salt usage over the past several decades, said Jeffrey Short, a special adviser to the Fund for Lake George.

The major threat to the lake from salt is a change in how the lower levels of the food web work. The rising sodium levels are shifting the lake’s chemical composition from being dominated by calcium carbonate to sodium chloride. That results in a shift in the phytoplankton population from one dominated by diatom algae to one dominated by blue-green algae.

Blue-green algae is much less nutritious than diatom for the rest of the food web, and some blue-green algae species are notorious for toxic blooms, Short said.

Other alternatives to road salt, such as sand and products made with cheese byproducts, have their own drawbacks where the lake’s health is concerned. Sand applied to roads would also make its way into the lake, and could form deltas Asian clams find hospitable, Short said.

The Lake George Watershed Coalition is in the midst of a three-year Magic Salt pilot project, which calls for measuring the sodium levels in Lake George tributaries during a winter when the pretreated salt is used instead of regular rock salt.

Magic Salt is a brand, but a number of similar substitutes to regular road salt have hit the market. The granular ice-melting material begins as regular rock salt, but is typically treated with magnesium chloride and other additives. The pretreated salt works at lower temperatures than regular road salt, allowing crews to use less to begin with, and to reapply it less often. The state Department of Transportation, too, has been using pretreated salt on roads around Lake George, spokesman Bryan Viggiani said.

“If you use less, that translates to less sodium getting into the lake itself,” Viggiani said.

Historically, the pretreated salt has been 20 to 30 percent pricier than rock salt, but highway crews can get away with using 40 percent less, according to Decker.

In the village, Public Works Superintendent Dave Harrington has seen a net savings using Magic Salt. Because it lasts longer on village roads, the department is paying less overtime to public works employees. This year, the price of the pretreated salt dropped by $9 per ton, Harrington said.

“We’ve had great success with it. It’s working better on the roads and lasting longer,” Harrington said.

The village began using Magic Salt in 2009 because of environmental considerations. Harrington estimated the savings in past winters have come to “a couple thousand dollars.”

“It works better at lower temperatures,” Decker said. “That’s good for us here in the North Country.”

While Decker would like to see Magic Salt applied in all the communities that ring the lake, the pilot project is kicking off this year in Bolton. A shed was recently constructed at the town’s Department of Public Works property to house the salt.

“This has been identified as a major issue,” Bolton Supervisor Ron Conover said. “The goal is to significantly reduce the amount of salt applied to the roads without sacrificing safety.”

In this year’s race for Bolton highway superintendent, candidates Matt Coon and William Sherman both listed Magic Salt use as a top issue in the campaign. Eventually, Decker could see the lakeside municipalities sharing four Magic Salt sheds scattered around the lake, he said.

He expects the three-year pilot program to cost about $170,000, which includes the newly constructed salt shed in Bolton. The project is being funded with state Department of State environmental protection money and a legislative member item from state Sen. Elizabeth Little, R-Queensbury, Decker said.

Decker also wants to see computerized dispersing systems put on town highway trucks to ensure only salt that is needed gets used and to avoid “overapplying,” he said.

“Now there’s kind of a one-size-fits-all approach,” he said.

This winter, the plan is to take salt concentration measurements in tributaries throughout the year to see if there’s a decrease with Magic Salt usage, but more attention will be paid in spring when flows pick up, Decker said.

“We’ve got to do something to cut off that flow of salt to the lake,” Decker said.

Looking back at local history: Dec. 28

Take a look back at local history. Here are the top stories for Dec. 28 from one, five and 10 years ago.

Roger Johnson hops off of a spreader truck as he cleans magic salt off of the truck's bed at the Village of Lake George Department of Public Works facility Friday, December 20, 2013. (Jason McKibben - jmckibben@poststar.com)