HUDSON FALLS — Three people were arrested late Friday after State Police seized 450 bags of heroin during an investigation that began with a traffic stop.

Police believe a Hudson Falls man who was among the trio has been a significant heroin dealer in the region for years, and drugs he sold may be responsible for at least one overdose death last year.

Michael H. Stockwell, 39, was charged with two felony counts of criminal possession of a controlled substance after a vehicle he was in was stopped late Friday afternoon on Maple Avenue.

State Police said troopers John DeCristofaro and Ryan Carrow had stopped a vehicle nearby for a traffic violation when they saw another vehicle cross the oncoming lane and park on the wrong side of the street. When they went to talk to the occupants, they became suspicious of activity inside, which led to a search and the seizure of heroin.

Also charged with two felony counts of criminal possession of a controlled substance were Stockwell’s girlfriend, Jill M. Hurley, 39, of Hudson Falls and a woman who was with them, Barbara J. Englert, 44, of Kingsbury, police records show.

Stockwell has been on the radar of local police for years and was in particular focus once he was the last person known to have been with Angela Dean, a 40-year-old Queensbury resident who died of a suspected heroin overdose in a motel in Moreau on Jan. 3, 2018.

Police have been investigating the circumstances of her death for more than a year, but no charges have been filed. Authorities would not comment on the investigation Monday.

Dean’s family has offered a $10,000 reward for information that leads to an arrest and conviction in the case.

The investigation also led police to charge two teens, ages 16 and 17, who were acquainted with Stockwell in connection with an alleged marijuana sale. Their names were not released because of their ages.

Two people who police said were major heroin dealers in the region have pleaded guilty to felony charges and are headed to prison for at least 9 years.

Two large-scale heroin dealers, allegedly linked to an overdose death, were sentenced to nine-year prison terms Friday as loved ones of the person who died looked on. 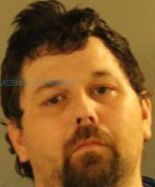