GLENS FALLS — A couple thousand people stood up to racism and honored the memory of George Floyd in rally and march on Friday organized by Black Lives Matter.

The crowd included all races and age groups, marching in solidarity to call for an end to police brutality and racial injustice in response to the Minneapolis man who died after a police officer put a knee on his neck for nearly 9 minutes.

The large and diverse crowd encouraged Clifton Park resident Mo Ruffins, who as an African American has been a victim of discrimination, including being pulled over by the police unjustly, he said.

“It’s good that everybody can get together and show solidarity in very tough times, very troubling times to just push forward. Obviously, this is something that needs to end,” he said.

The event began at City Park, where organizers helped fire up the crowd with messages of inspiration.

Jabes Prado, who graduated from Hudson Falls High School and lives in Fort Edward, said that things need to change. Police have to treat the citizens better.

Another organizer, Christine Nichols, said “We are anti-police brutality — not anti-police.”

Another organizer, Glens Falls resident Terry McCray, said afterward that it was important to schedule this event.

A more impromptu gathering on Sunday at Centennial Circle resulted in some clashes with a group of pro-President Donald Trump protesters.

Estimating the numbers was about all the police officers on scene had to do as the crowd spread out across the lawn, wearing masks, listening to speakers and chanting.

No counterprotesters were evident and no trouble developed. Officers stood in the shade, chatting with each other and with protesters.

People came from around the region, carrying signs and wheeling strollers with sleepy infants. The crowd was packed with young people, including children and hundreds of protesters in their 20s.

After the introductory remark, the crowd began marching to Crandall Park.

When the crowd arrived at Crandall Park, people spread out on the lawn to listen to music and speeches.

Gooden said it is important to vote and make their voices heard. This is the beginning of a movement, she said.

“The chains can be broken. The people are the power,” she said.

Braggs said it is going to take a collaborative effort.

“We need to be more diligent and persistent in our efforts to flight local hatred every day,” he said.

About 40 people continued the protest at Centennial Circle late Friday afternoon, holding signs and cheering as cars passed, honking issues. There was a large police presence, and Glen Street was blocked off from the circle to the intersection with South and Bay streets.

Among those attending Friday’s rally and march was John Turner, who said he has experienced racism as an African American growing up in Galway. It was subtle, for example, other students expected him to act a certain way because he is black, or teachers had certain expectations.

Turner said Floyd’s death showed that the country still had a lot of work to do, but he is grateful by the turnout.

Veronica Stewart, of Saratoga Springs, said as an African American woman, it pained her to see Floyd’s death. But if any good can come out of it, it is opening people’s eyes to racism.

“I think this is going to be the straw that broke the camel’s back,” she said.

White people were showing solidarity with black people at this event.

Queensbury resident Jeff Fedor, who teaches fifth-grade in the Corinth school district, said African Americans should be able to get a job, get a house and feel safe just like white Americans.

Isabel Brice, of Greenwich, said she started crying when she watched the video of Floyd.

“It’s just awful. It’s a reality for many people in this country,” he said.

Even entire families, such as the Stockwells, of Gansevoort, came out in force for the event.

Kate Stockwell said they talk about racism with their four children. She said her youngest, 3-year-old Eliana, had a poignant message about the situation.

“Police are supposed to save you — not fight you,” she said.

Megan LaValley talks about what brought her to the March

Megan LaValley talks about what brought her to the March. pic.twitter.com/g0gcSCO8QT

Zeke talks about what brought him out. pic.twitter.com/uHt3XFOkU2

Mackey and mom of Glens Falls

Mackey and Mom talk about why they came. pic.twitter.com/iC6F330INe

Paulisha and Nate talk about why they’re at the march

Paulisha and Nate talk about why they’re at the march. pic.twitter.com/rDQyl9mL3N

Tedra Cobb talks about why this event is important. pic.twitter.com/e6FPvwEZtf

Projects Editor Will Doolittle contributed to this story.

To watch a video and see a photo gallery of Friday's march, go online to poststar.com

A group of activists has postponed its Black Lives Matter rally planned Sunday until July 12 due to the threat of severe weather.

March is meant as a message: Stop the murders

Local people intending to go to the "Black Lives Matter" march on Friday want to join the national plea for justice and for unjustified murders of black people to stop.

Boos and bravos reviews and comments upon the local news of the past week, and this week features comments on a local Black Lives Matter protest march and an open letter on the subject written by the Washington County sheriff.

Shortly after the recent rally in Glens Falls, the informal group of organizers that came together for this single event decided to create an organization called 518 AID that will advocate for any marginalized groups of people. 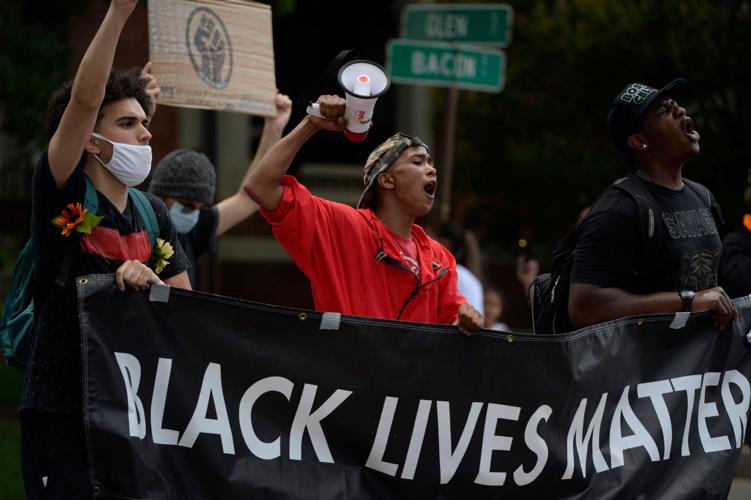 Anthony Sgorrano, center, of South Glens Falls, leads chants in a Black Lives Matter march on Glen Street in Glens Falls on June 5. It was estimated just over 2,000 people showed up in support. 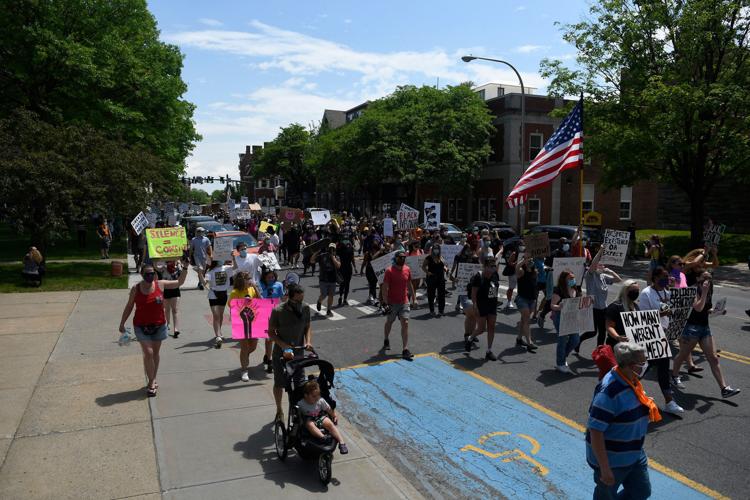 A couple thousand people took to the streets in a Black Lives Matter protest and rally in Glens Falls on June 5. Another rally is being planned on June 28 in Fort Edward by 518 AID, which was formed after the event to fight against inequality and discrimination. 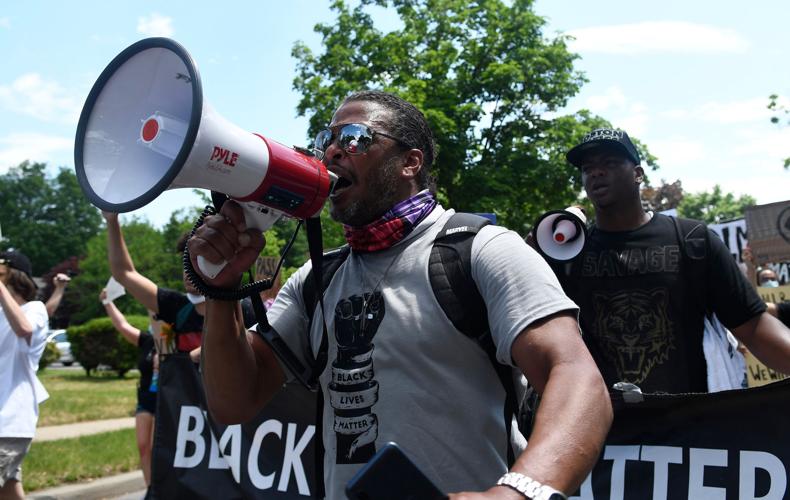