Coronavirus update: As many as 63 US cases suspected as disease also spreads to Europe

The late Jean Rikhoff, one of the last grand dames
3 comments
Share this 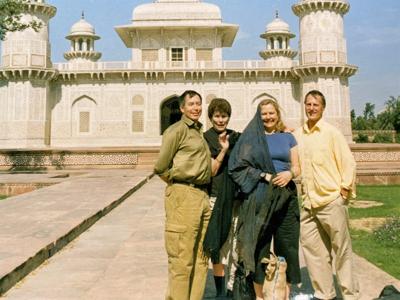 "The duende is not in the throat:

the duende surges up, inside, from the soles of the feet.’

It was along the far banks of the River Guadalquivir in the province of Seville in southern Spain that the late Jean Marie Rikhoff unearthed her Andalusian soul.

Among the tea-stained, ornately carved stone pillared archways and market pathways dotted by locals frying rows of whole fish on open fires, she found her stride.

And it was among “la corrida de torros” (bull fight), she found the Count Leopoldo Sáinz de la Maza.

“Something in Spain touched her very deeply and Leopoldo was probably the love of her life,” said Rikhoff’s dear friend Annie Wycherley, about the man who once asked Rikhoff to marry him. “She liked the bare bones, tough landscape in Andalusia. And she found something in the people, the land. The spirit entered her soul and never left it.”

“She was part of that amazing literary scene in New York in the 60s. She knew Truman Capote. She went to those famous literary salons and parties at "Paris Review" founder George Plimpton’s,” said novelist Larry Dudley who lives in Glens Falls and has been Rikhoff’s friend for many years. “She was a major 20th century novelist by any standard. She had all these endless amazing stories and an amazing life. She always stayed cutting edge, even in her 90s she was always right on the edge.”

In June 2018, at the age of 92, Rikhoff died at her home on Sherman Avenue in Glens Falls.

Among her 10 published books, several are set in the Adirondacks, with two landing on the Book of the Month Club’s favored book list. And because of her vast contributions to the university and the local community, SUNY Adirondack has established an unrestricted scholarship fund in her honor.

Additionally, the university library is in the process of purchasing a selection of library books in her genres — memoirs, historical fiction — using library funds and recommendations by English Division faculty and librarians, said Joyce Miller, professor of library science.

“The library will put a book plate with her name in each book,” she said. “In April, the library plans to have a display of her books, as well as those books that were purchased.”

To donate: Gifts should be made out to the SUNY Adirondack Foundation and sent to the attention of the Foundation office on campus, 640 Bay Road, Queensbury.

An April tribute ceremony is planned.

“I was saddened when I heard of her passing and even more saddened by so few on campus who remember her,” said Professor of English Anthony Cavaluzzi, who was a colleague and friend of Rikhoff since 1982. “Her legacy is significant. I think for a writer of her stature to decide to teach here, she put the campus on the map. She had a standing in the writer’s community. I had hoped for more (after her death), name a writer’s series after her.”

Friends and other tales

Her closest friends called her “Rik.”

Each telling a similar tale of a shared raucous laughter, of her fearless approach to everything, of her generous spirit and how she saved their life in some way. Losing Rikhoff was profound. And for some, still too raw to talk about.

Wycherley, who now lives in Belgium, first met Rikhoff at a Fourth of July party in 1985 at La Tourelle in Rochefort-en-Yvelines France, the home of Rikhoff’s long-time friend, Richard Carrott.

“They went to Wellesley together … he was heir to the Nabisco Biscuit fortune,” Wycherley said. “I told Richard I wanted to meet her and he arranged it.”

“We were in New York to see the play “Shoot the Moon.” We rang the theatre and booked tickets,” she said, adding that when they got to the box office, they said their tickets had been for a matinee. “Rik said, ‘We would never book a matinee, we booked for this evening.’ She took her glasses off and leaned in as close to his face as she could ‘I’m asking you to make a moral judgement here.’ That was the kind of person she was.”

Ron Pisano, whose life partner, the late author and English teacher Walter Lape was Rikhoff’s longtime friend, knew her for 24 years through Lape.

“She was one of the last grand dames. A beautiful woman. An Ava Gardner kind of beauty,” Pisano said.

Laughing, he tells the story of “Rik” and her first husband Rusty Hills who later became the fiction editor of “Esquire Magazine.”

“They bought a small sailboat and sailed “The Blotto” from England to the Mediterranean from 1952 to 1953,” he said. “It was a disaster; they even went over a waterfall in the sailboat. By the time they got to Barcelona she left him.”

When Pisano, Lape and Allison Branson, Rikhoff’s daughter, traveled to India, everyone gravitated to her, he said.

“She mesmerized the people,” said Pisano.

Larry Dudley first met her in the 1980s at the writer’s programs she held at the college.

“She had these amazing people at these sessions,” Dudley said. “She had people like Allen Ginsberg and Robert Parker. Amazing people that she knew.”

According to Dudley, all writers need a literary mentor.

“She was a character … she was my great writing and drinking buddy and we would sit down and talk books, publishers and agents,” he said, adding that she read his published novel, “New York Station,” in its earlier iteration.

“It was very different in the beginning because it had all this inner cutting. She said, ‘no, no, no.’ Get rid of all that stuff and focus on your character all the way through,’” he said. “It was a huge rewrite I did. She was absolutely right and that was eventually the book that was published last year.”

She was living in the same building as James Baldwin at St. Mark’s Place, he said.

Wycherley easily details the years the two friends spent and traveled together.

“When my husband left me after 20 years, I felt like my life was over, but she told me, ‘On the contrary your life is only beginning,’” said Wycherley. “She would fight to the death for you. When things were really great or really bad you would instantly think of her. She had an innate enthusiasm and understanding for everything I like. She would be thrilled for you.”

It’s had to fill the vast expanse of one so grand.

“I feel like one layer of myself is gone. She was a beacon,” Wycherley said. “She was such a support and she could be tough. She would say to me, ‘Why would you do that?’ ”

“She was the creative foundation of this college,” said Cavaluzzi. “The void she left has never been filled.”

The two colleagues who shared of love of writers like Samuel Beckett, Paolo Passolini, Frederica Garcia Lorca, often went to dinner parties together.

“I have some of the funniest stories, like getting lost out in Greenwich. We’d stop at a house to ask directions and we’d be invited into strangers houses,” said Cavaluzzi. “We might mention that we were going to miss dinner and they would say, ‘You could have dinner with us and she would say, ‘Why not.’ She was so charming and flattering and people always invited her into their homes.”

• Born in Chicago, grew up in Indianapolis

• Bachelor of Arts in English from Mount Holyoke College

• Masters in English and philosophy at Wesleyan University, the first female to graduate from this university

• Best known for two trilogies: The Timble Trilogy, “Dear Ones All,” “Voyage In, Voyage Out,” and “Rites of Passage;” and the trilogy of the North Country, “Buttes Landing,” “One of the Raymonds,” and “The Sweetwater.”

• She wrote her first novel, “Dear Ones All,” while living in Seville, Spain.

• In 1954 she established “Quixote,” a literary magazine, which she also edited. It was published until 1966.

• She spent 20 years on a horse farm in West Hebron before moving to Glens Falls.

• In 1983 she co-founded the Loft Press in Glens Falls, for which she served as publisher and editor of the Glens Falls Review. She also worked as an editorial assistant for Gourmet Magazine.

1961 - Writing About the Frontier: Mark Twain

“She was very dedicated to her craft. She was a teacher, but first and foremost she was a writer. “Buttes Landing” won numerous awards, fellowships and grants,” he said, adding that Rikhoff was responsible for the creation of the university’s Parnessis Medal for outstanding artistic achievement.

Rikhoff was the faculty adviser to the college’s literary magazine “Expressions,” and under her direction, the magazine won multiple honors and awards, including first class honors from Columbia University’s Columbia Scholastic Press Association.

“When you with her, you were with a celebrity,” said Cavaluzzi. “And there were a group of students who gravitated to her, especially women writers.

“Her impact on this college remains today,” Cavaluzzi continued. “These people pass through our lives and when they are gone people move on and that’s a shame there are certain people who leave a legacy and she was the creative foundation of this college.” 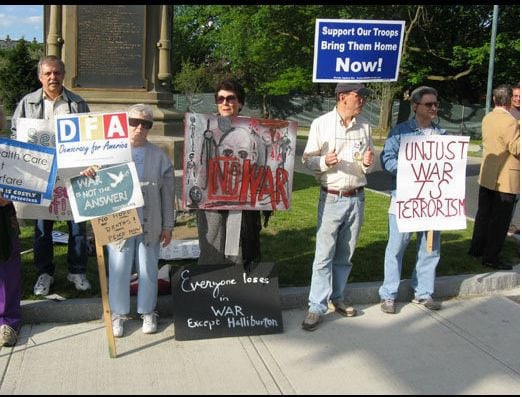 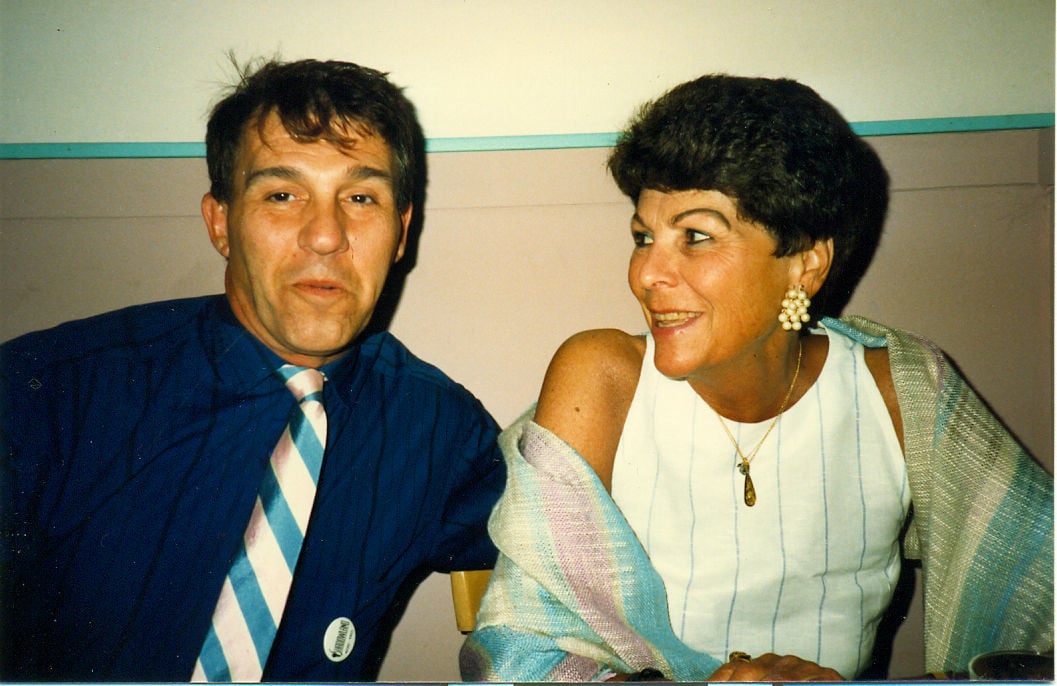 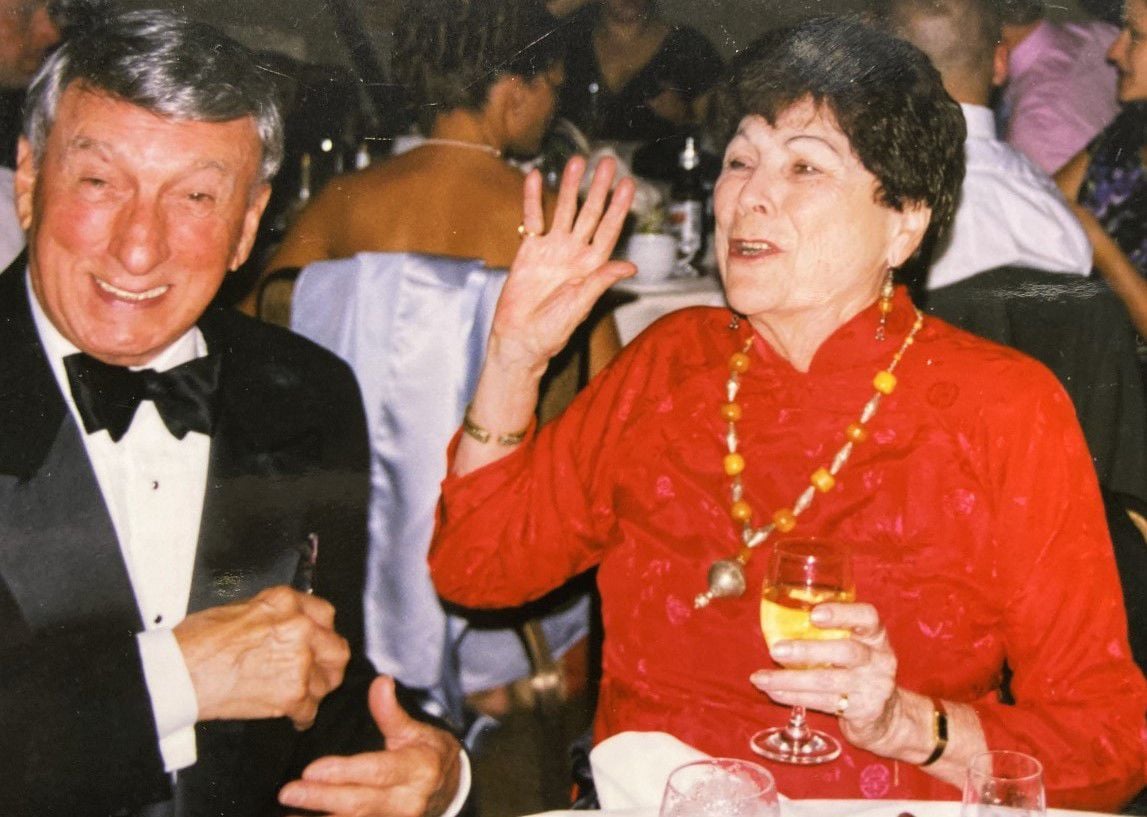 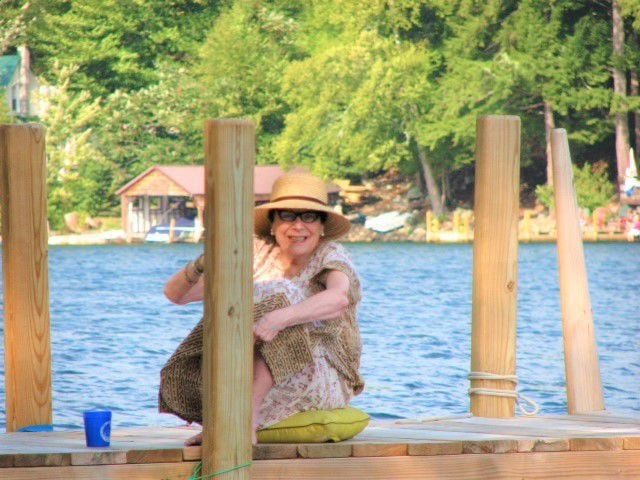 The late Jean Rikhoff on the deck of her son Jeff and daughter Allison's house in Lake George, Sept. 2015. 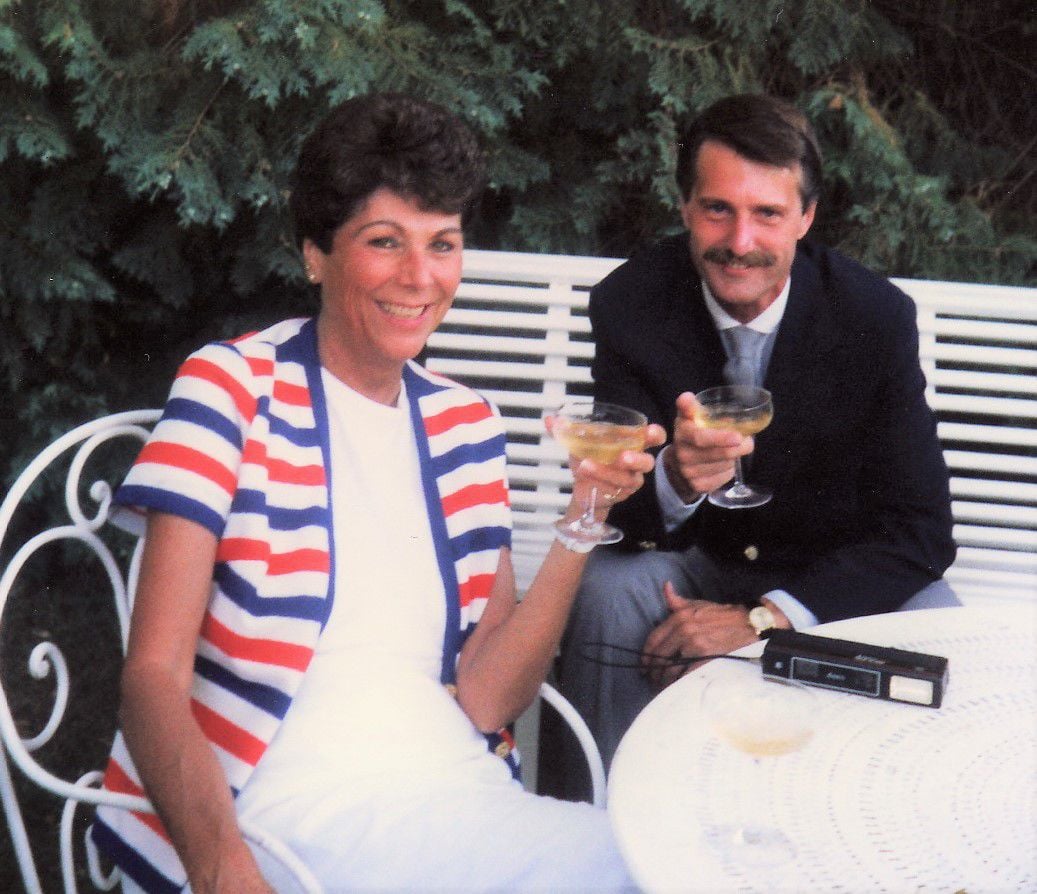 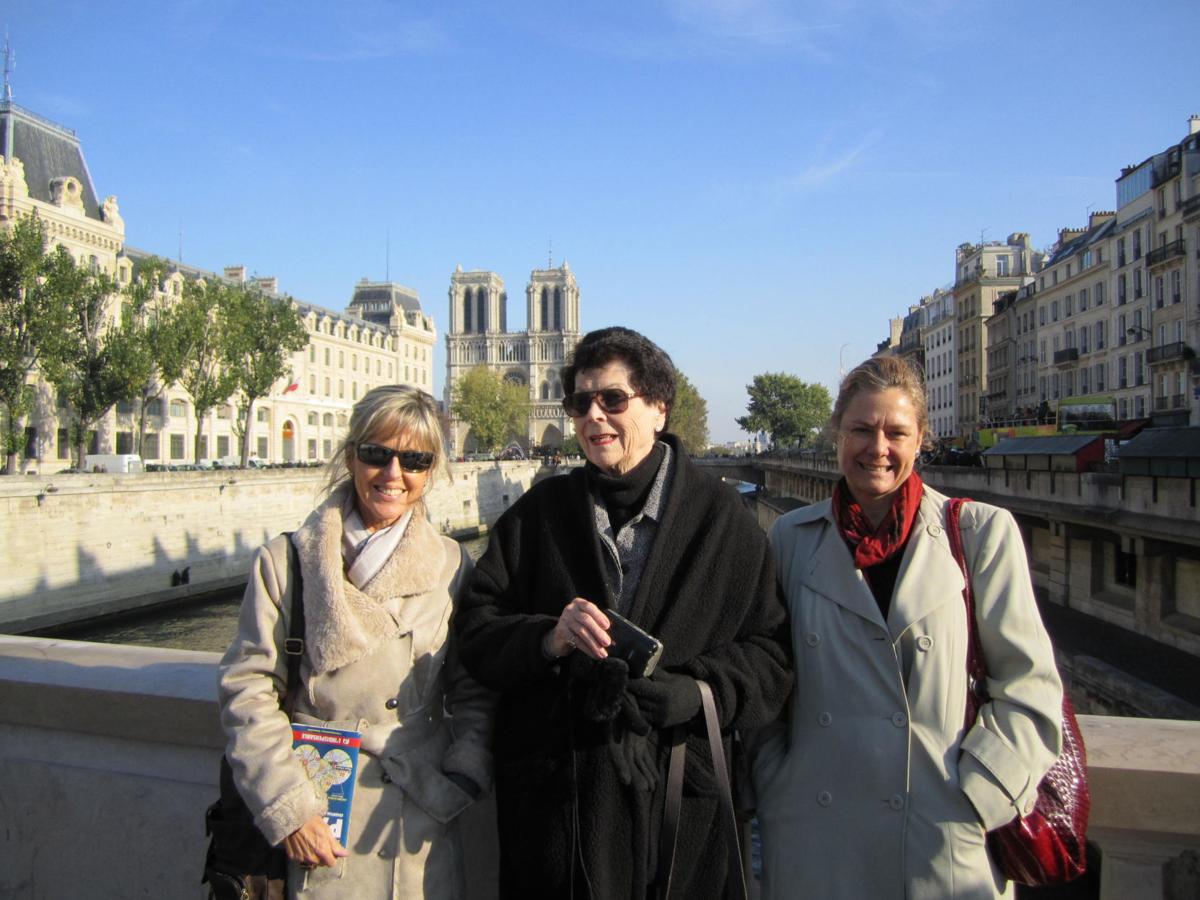 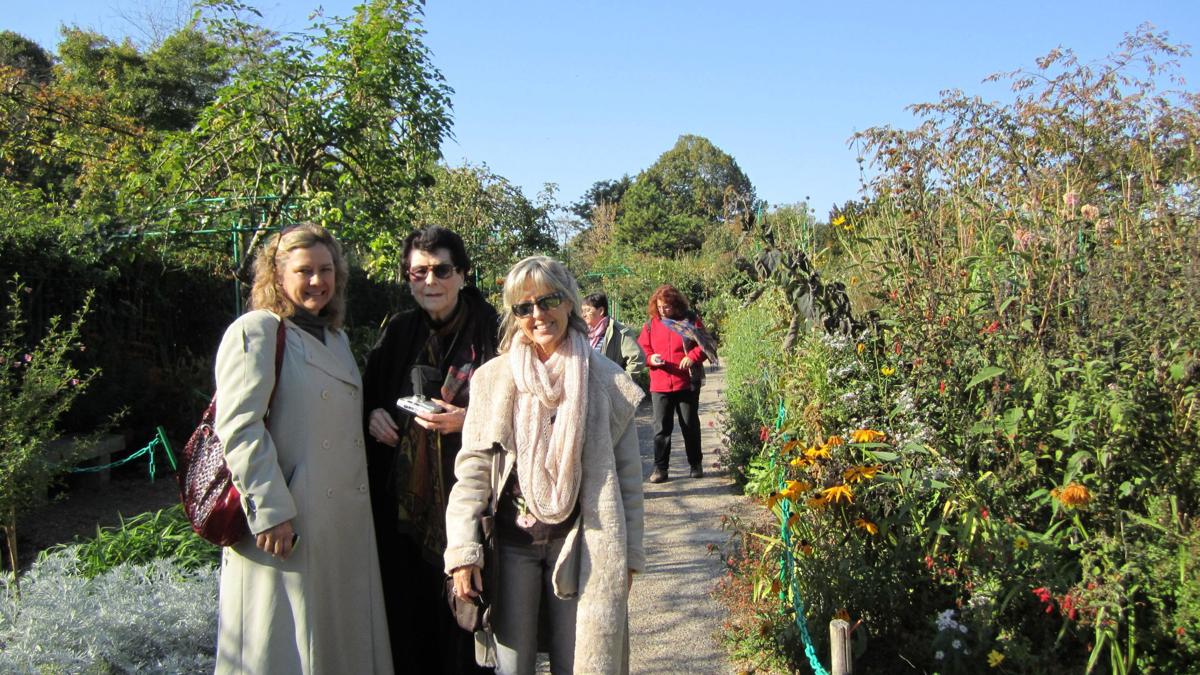 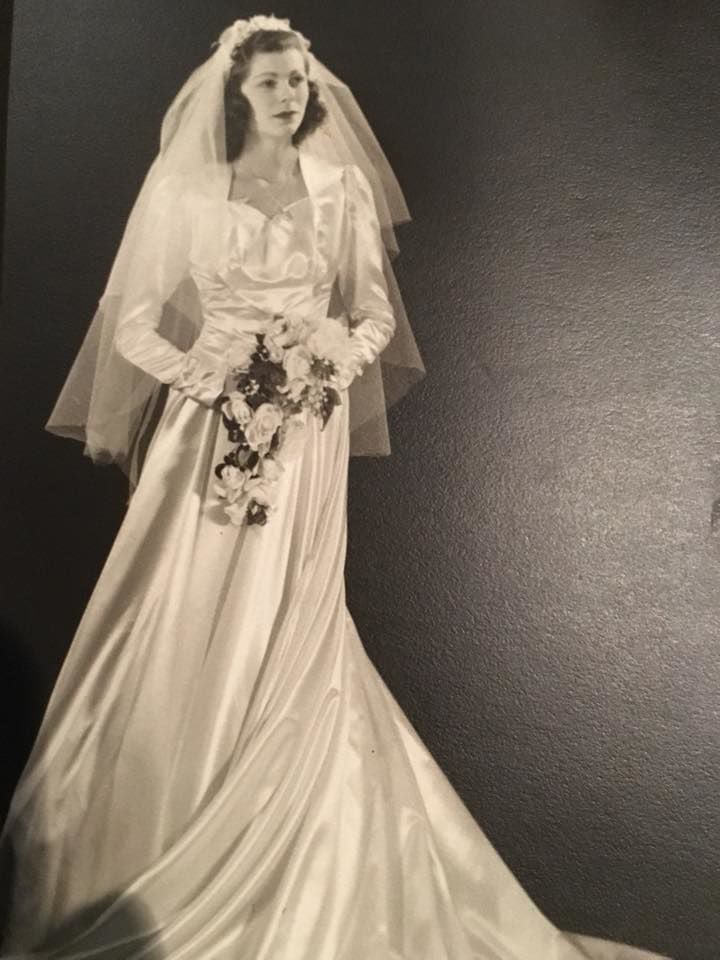 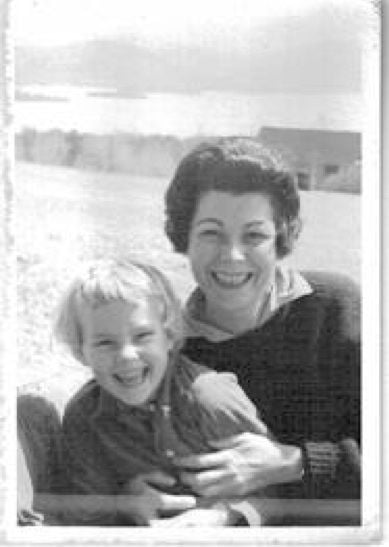 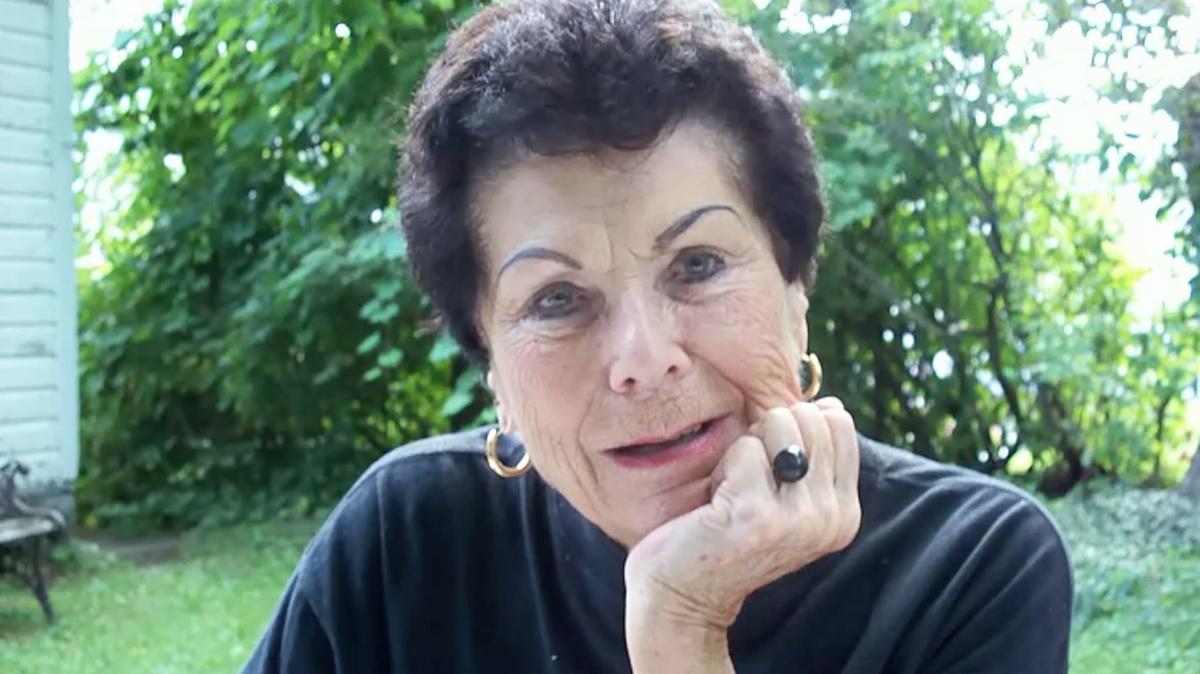 Novelist Larry Dudley took this photo of his dear friend Jean Rickhoff in his backyard about eight years ago. 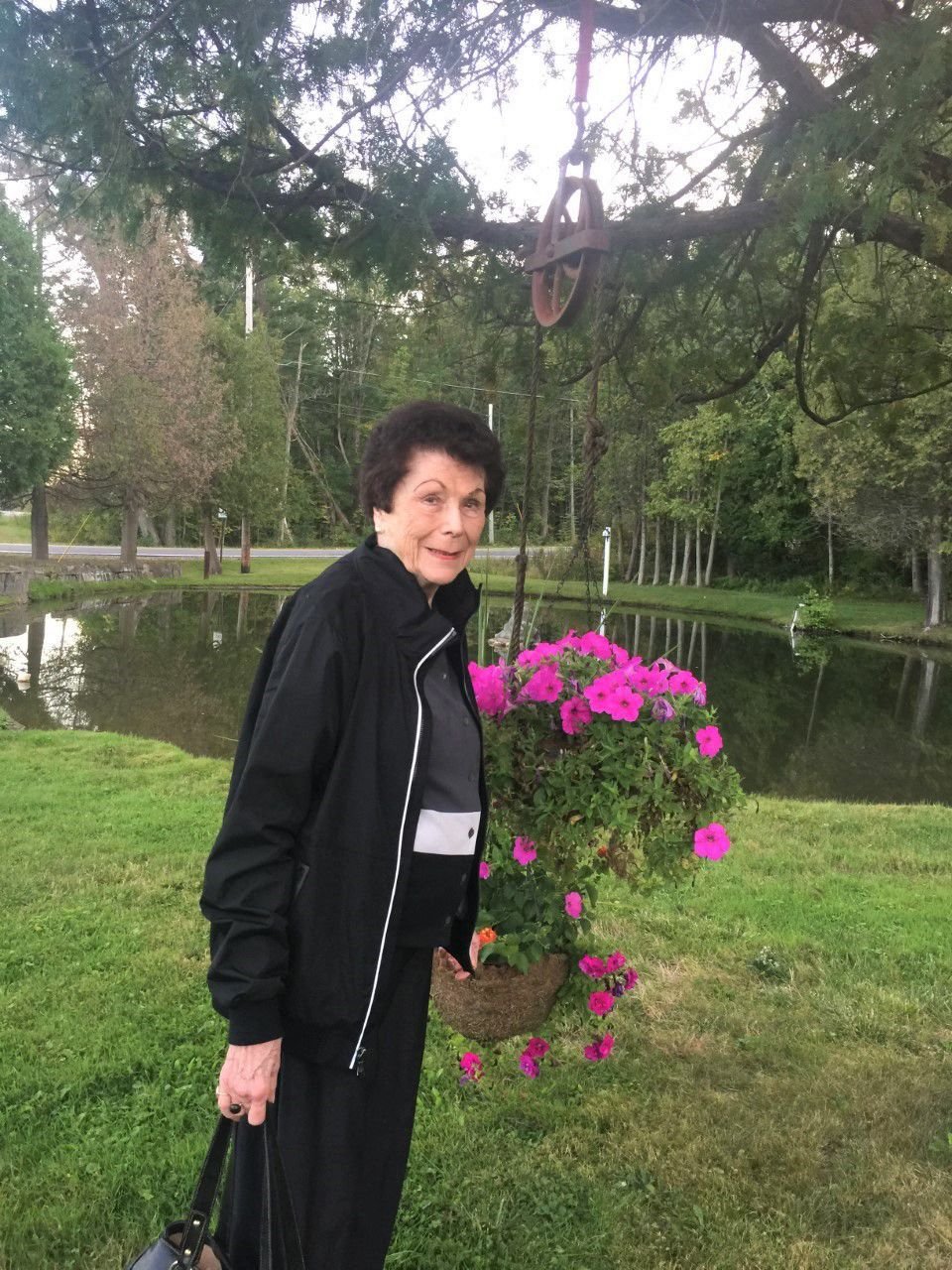 The late Jean Rikhoff, one of the last grand dames

SUNY Adirondack will honor the memory of the late Jean Rikhoff, a prodigious writer and professor whose evocative life tales spanned the globe.

The late Jean Rikhoff on the deck of her son Jeff and daughter Allison's house in Lake George, Sept. 2015.

Novelist Larry Dudley took this photo of his dear friend Jean Rickhoff in his backyard about eight years ago.

A Lake George man faces charges after he allegedly cut and beat another man late Sunday.

A Warren County Sheriff's Office patrol car was hit by a truck on the Northway on Thursday morning.

Police are investigating a report that a taxi driver in Hudson Falls stabbed a would-be robber in the face with a pen.

A man from Greenfield pleaded guilty to a felony Thursday