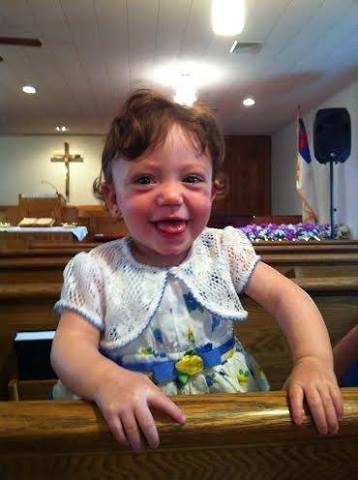 Elle, the daughter of Christie Polverelli, is doing well despite being born prematurely when her pregnant mother suffered from HELLP syndrome, a form of pre-eclampsia, which killed her. 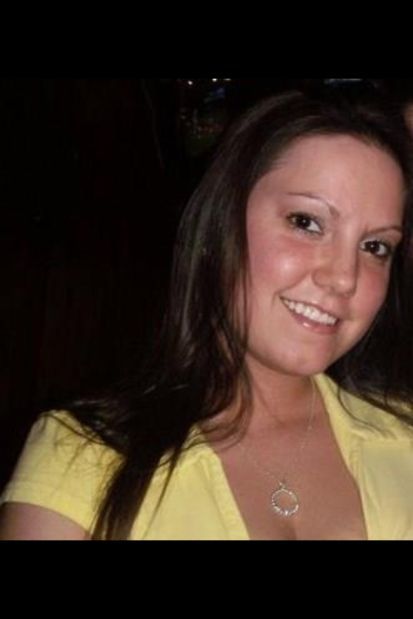 Christie Polverelli died last year after suffering a sudden attack of HELLP syndrome, a form of pre-eclampsia, while she was pregnant with a daughter.

A local family remains stunned more than a year after their 25-year-old daughter and mother passed away within a day after giving birth, because of a little-known pregnancy complication.

Christie’s family and the family of her partner, Chris Lehoisky, have been named the mission families for the Capital District for the 2014 Promise Walk for Pre-eclampsia, which will be held June 1.

“So many people we talk to do not know about HELLP syndrome. They’ve never heard of it,” Mark said.

The syndrome is a form of pre-eclampsia, which usually occurs in the late stages of pregnancy or after childbirth. It is named for its characteristics: hemolysis — the breaking down of red blood cells; elevated liver enzymes; and low platelet count. It can be difficult to diagnose because it mimics other illnesses like gastritis, flu, acute hepatitis or gall bladder disease.

Christie’s mother picked her up from her job at Walmart in Queensbury on the afternoon of Feb. 26, 2013, taking her home to Granville. Christie was twenty-seven weeks pregnant and already a mother of three.

Christie’s face and extremities were bloated. She had experienced some pre-eclampsia symptoms with her other pregnancies, and had been seeing her doctor for scheduled checkups. Weeks before, she had felt like she had the flu and lost her voice, but recovered. She even attended a wedding in January.

Christie had posted on Facebook following an earlier visit to the doctor that she felt down, because she had developed gestational diabetes. She wrote that she had been put on a strict diet, though, and thought she would have a healthier pregnancy because of it.

But about half an hour after arriving home from work, Christie felt severe pain on her right side and was taken by ambulance to the hospital.

Doctors performed a C-section to take the baby, a 1-pound 12-ounce little girl. They discovered Christie’s liver had ruptured and diagnosed HELLP syndrome. She was bleeding internally, and her blood would not clot. They finally were able to slow the bleeding with transfusions, but Christie was critically ill.

She was flown to a hospital in Albany, where she underwent exploratory surgery. Her condition declined as she developed further complications, including a collapsed lung and stomach bleeding. She went into cardiac arrest and died at 2:14 p.m. Feb. 27, 22 hours after the onset of symptoms.

Mark said her death crushed the family, but he is grateful for the survival of his baby granddaughter, Elle, who is now 15 months old. He hopes raising money for education and research will help other families who encounter the syndrome. He stressed that expectant mothers must get proper prenatal care and ask questions of their doctors if they show any signs of pre-eclampsia.

Mark started fundraising efforts right after Christie died. Currently, 96 walkers are on the Polverelli/Lehoisky Promise Walk team. Almost $20,000 has been directed toward the Preeclampsia Foundation, he said.

“Through faith and love and support from so many people ... we became closer, and Christie has lived on. The awareness and education of others in the medical field, pregnant mothers that we’ve talked to, it’s made some changes in their lives as well and we can only hope through all this love and strength these people have given us, that mothers and babies can be saved,” Mark said.

The 2014 Capital District of New York Promise Walk will take place at 1 p.m. June 1 at The Crossings of Colonie, 580 Albany-Shaker Road, Loudonville. Registration begins at noon. Proceeds go toward education and research for the Preeclampsia Foundation. Fee is $20 per adult, $10 per child. Registration on the day of the walk is $25 per adult. Pets are allowed but must be leashed. Pet owners are responsible for properly disposing of any droppings. For more information, contact Walk Co-Coordinator A. Kathya Stephenson at CapitalDistrictNY@preeclampsia.org or 229-1348 or Walk Co-Coordinator Naomi LaRose at Naomi.LaRose@preeclampsia.org or 380-8238.

The physical symptoms may seem at first like pre-eclampsia. Pregnant women developing HELLP report one or more of these symptoms:

* Nausea/vomiting/indigestion with pain after eating

Signs to look for:

* Protein in the urine

If you have these symptoms, contact your healthcare provider immediately.

Among pregnant women in the United States, 5 to 8 percent develop pre-eclampsia. It’s estimated that 15 percent of those women, or 48,000 per year, will develop evidence of HELLP syndrome

Paul Smith will not be able to put up his usual Christmas display at his Clayton Avenue residence this year. But he is looking for volunteers to help with the display next year.

A fire displaced two families from their home on Sunday night.

Local health officials are sounding the alarm about the surging COVID cases, urging people to get vaccinated and take precautions.

A Hudson Falls man has been arrested for allegedly violating an order of protection.

An electrical power strip was to blame for a fire that heavily damaged a two-family house in South Glens Falls on Sunday night.

A Malta man was arrested on Friday for crimes including the alleged theft of a vehicle.

COVID-19 cases in Washington County are “headed extremely in the wrong direction,” Deputy Director of Public Safety Tim Hardy told the county Board of Supervisors.

Elle, the daughter of Christie Polverelli, is doing well despite being born prematurely when her pregnant mother suffered from HELLP syndrome, a form of pre-eclampsia, which killed her.

Christie Polverelli died last year after suffering a sudden attack of HELLP syndrome, a form of pre-eclampsia, while she was pregnant with a daughter.