A new streaming TV series pilot will be shown later this month on the big screen at the ever-busy Strand Theatre as a benefit for the nonprofit venue.

The writer-director-producer of the pilot used the name of Washington County’s largest village for the fledgling series’ title and setting, though the episode was filmed in Rockland County in the Lower Hudson Valley.

The two nouns, “Hudson” and “Falls,” sounded both innocent and sinister when combined and worked well for a title and community name, said independent TV and movie producer Elias Plagianos, of downstate’s Clarkstown. “Falls” was also chosen because there was a plot element involving a waterfall, though that was eliminated from the script during filming.

“It’s about a small town in upstate New York, but it’s not based on the actual Hudson Falls. It’s a fictionalized version of it,” Plagianos said. “We didn’t know there was a real Hudson Falls.”

The plot involves a private investigator, played by actor Richard Kind (“The Goldbergs” and “Mad About You” among his many TV and movie credits), who travels to “Hudson Falls” to reconnect with his ex-wife there. He then gets involved in a murder investigation. In one trailer for the pilot, “Hudson Falls PD” is mentioned in a scene involving the local police department.

“Secrets of this small town slowly get unraveled,” offered Plagianos, whose credits include a 2009 feature film, “The Crimson Mask,” and a 2017 TV pilot, “Shoot Me Nicely,” starring Linda Hamilton.

At 6:30 p.m. on Tuesday, July 20, the Strand will host the local premiere of the first episode of the hoped-for mystery series. Plagianos, along with members of the show’s cast, are set to attend.

The Strand will be the biggest venue in which Plagianos has watched “Hudson Falls,” he said.

The evening will begin with a wine and hors d’oeuvres reception, end with a panel discussion and include a screening of “Hudson Falls” and the pilot for “Distemper,” another Plagianos TV series in development, the latter focusing on pandemic concerns in the Belgian Congo in 1918 and starring Abigail Hawk from the CBS series “Blue Bloods.”

The 22-minute first episode of “Hudson Falls” was made for under $40,000, but with actors and production values that rival the $1 million or more that some producers would spend on a half-hour show, Plagianos said.

“Hudson Falls” was shot during the pandemic, in the first week that film and TV productions in the state were allowed to resume last July, said Plagianos, who wrote the script in April 2020.

Cast and crew faced a variety of challenges as they cooperated with Screen Actors Guild rules to keep everyone safe, and many scenes were set up with just two actors or filmed outdoors to maintain social distancing. The pilot was shot with an easy-to-use Canon camera that kept the on-set crew size small.

“There was such uncertainty coming back to a project like this,” said Danny Frank, a publicist from Manchester, Vermont, who is working with Plagianos.

Plagianos said he is happy to have been at the forefront of getting productions before cameras again in the state, and he noted how difficult the pandemic shutdown was on the many actors, musicians and behind-the-scenes workers who earn their livelihoods in the performing arts.

Along with marketing his work, Plagianos said he wants to support theaters, which were either closed for many months or, in the case of the Strand, had to be resourceful in the absence of live audiences. The Strand rented out the building for CD recording sessions and small film productions, including a time when the empty theater was used as a backdrop for a 14-minute dance film. The Strand also livestreamed performances from its stage during the shutdown.

Frank, who was familiar with the Strand from attending a 2019 comedy show there prior to his involvement with “Hudson Falls,” recently contacted Jonathan Newell, the Strand’s executive and artistic director.

“They wanted to bring it here as a fundraiser,” Newell said. “It’s pretty generous of them.”

And while the plan is for Amazon Prime to make “Hudson Falls” available on its platforms, the start date was still “fluctuating,” Plagianos said in a late June interview.

Meanwhile, he is marketing “Hudson Falls” via festivals, such as SeriesFest, a Denver-based festival with a virtual viewing component. “Hudson Falls” will also get a look during this month’s LA Shorts International Film Festival, and the show was a New York International Screenplay Awards winner. Those festival appearances and awards are noted on “Hudson Falls” posters that publicist Frank recently dropped off at the Strand.

The cast is eager to shoot more episodes, Plagianos said, adding that the pilot ends with a “cliffhanger.”

“We created it outside the normal TV development system. We hope the TV system takes notice and gives us a green light to shoot more,” he said. “Hopefully, people watch it and want more and write about it online.”

Newell, of the Strand, has his own hopes, including getting the theater’s next phase of upgrades completed.

And with the Strand “right up the Northway” from the New York City area, Newell said he hopes the “beautifully sounding acoustic space” will continue to grow as a vital artist workspace in the real Hudson Falls.

He wants to attract more varied acts and productions to the area generally, and to the Strand specifically, including “maybe an off-off-Broadway show.”

“They don’t really make them like this anymore,” he said of the theater, which was brought back into the light from behind municipal office walls by a band of volunteers (assisted by community and business donations) when Kingsbury Town Hall employees moved out five years ago.

“The building was hiding out for 50 years and we woke it up,” Newell said, offering a sound bite that could be an enticing pitch for a streaming series all by itself.

What: Screening of streaming TV pilots "Hudson Falls" and "Distemper" by writer-director Elias Plagianos, bookended by a wine and hors d'oeuvres reception and a panel discussion

Tickets: $25 per person, which is a contribution to the nonprofit Strand Theatre

Cast members and the director of "Hudson Falls," a hoped-for streaming TV series in which a 22-minute pilot has been produced, appeared on sta… 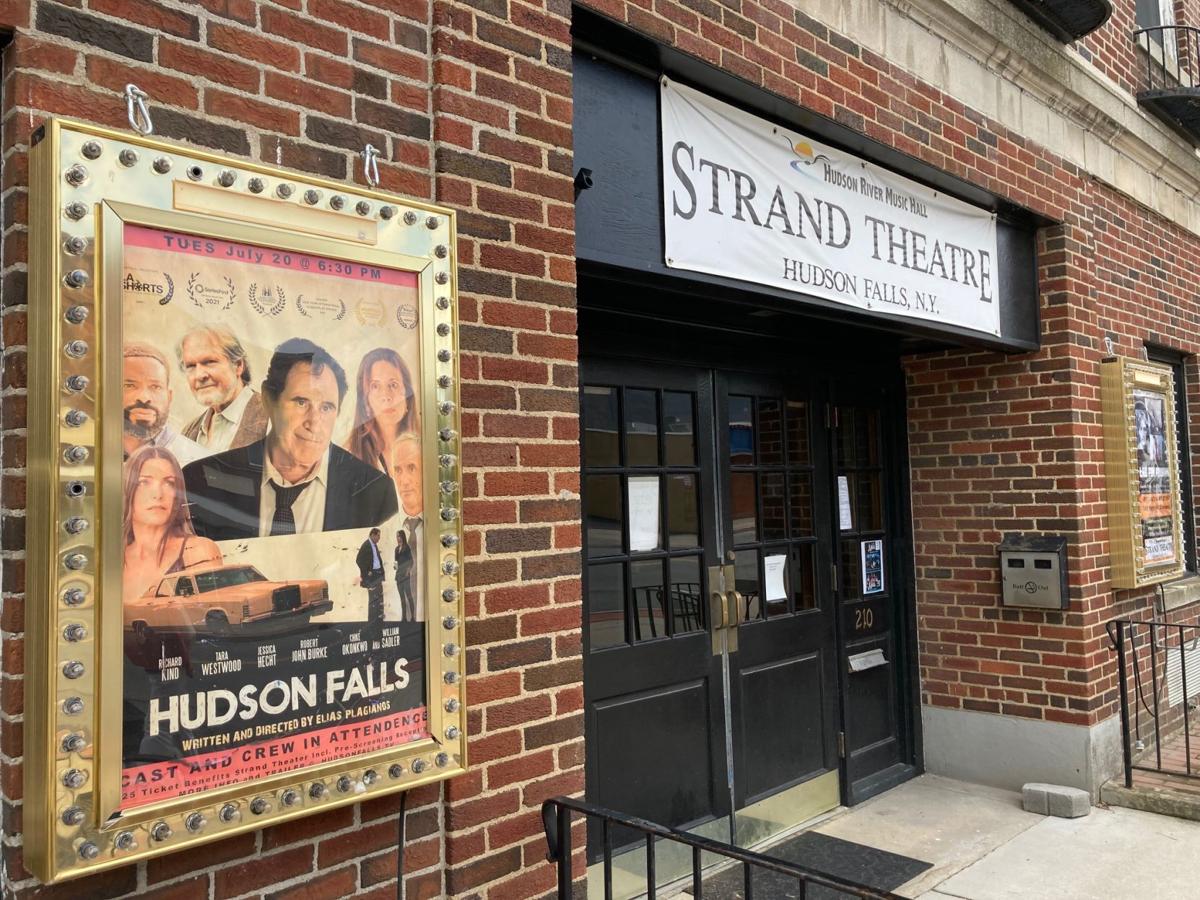 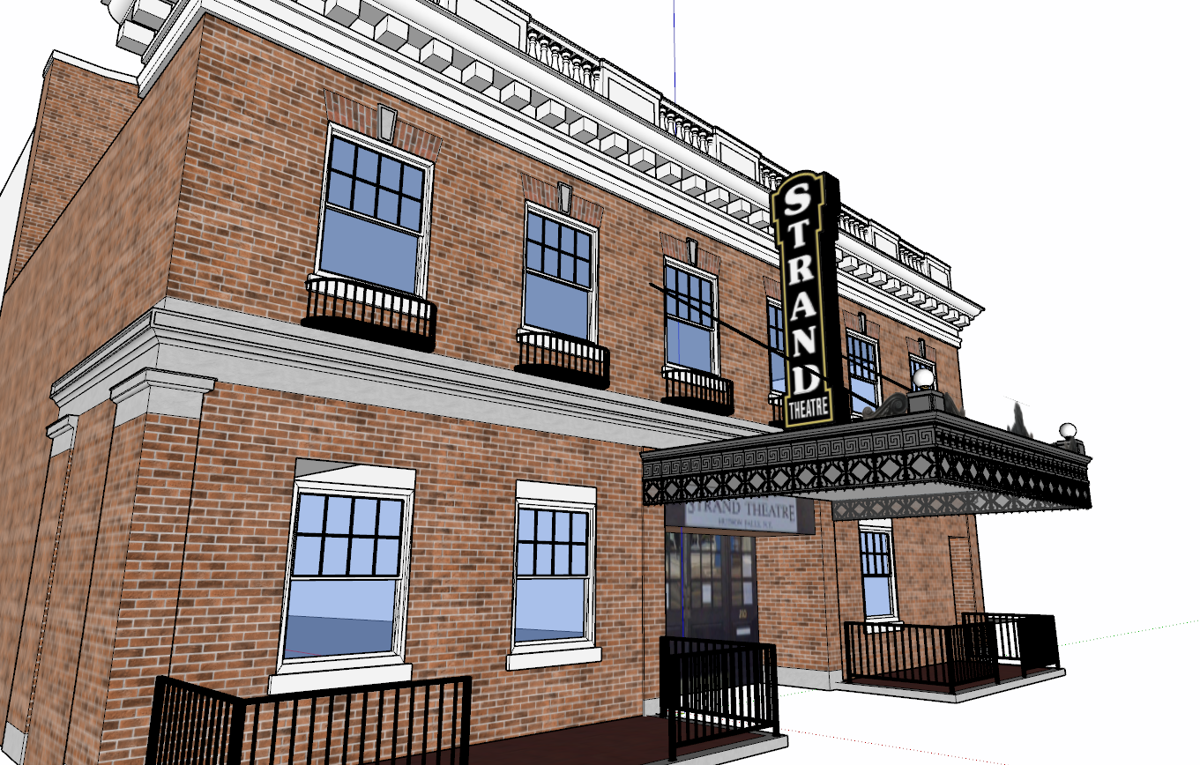 The next phase of restoring the Strand Theatre is underway. This sketch shows the planned sign and marquee. 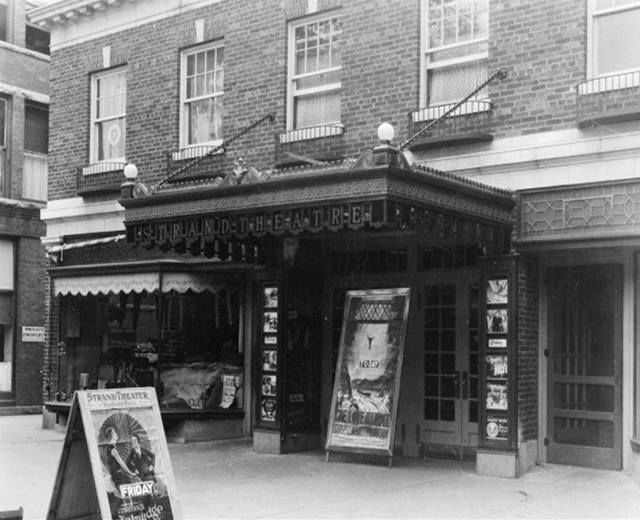 This photo shows the Strand in Hudson Falls more than 70 years ago, during its first run as a movie theater. 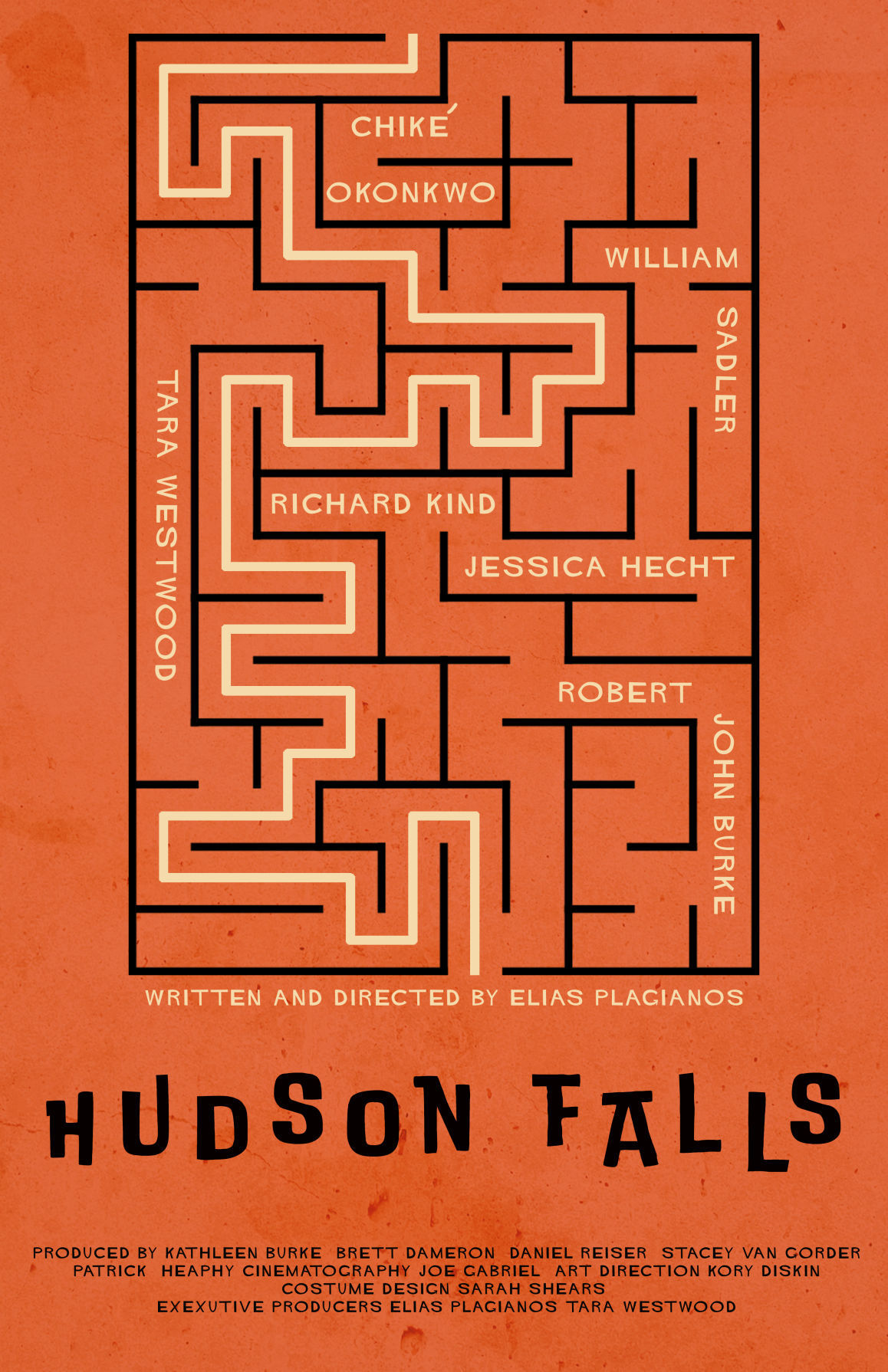 One of the posters for "Hudson Falls," the streaming TV series pilot. 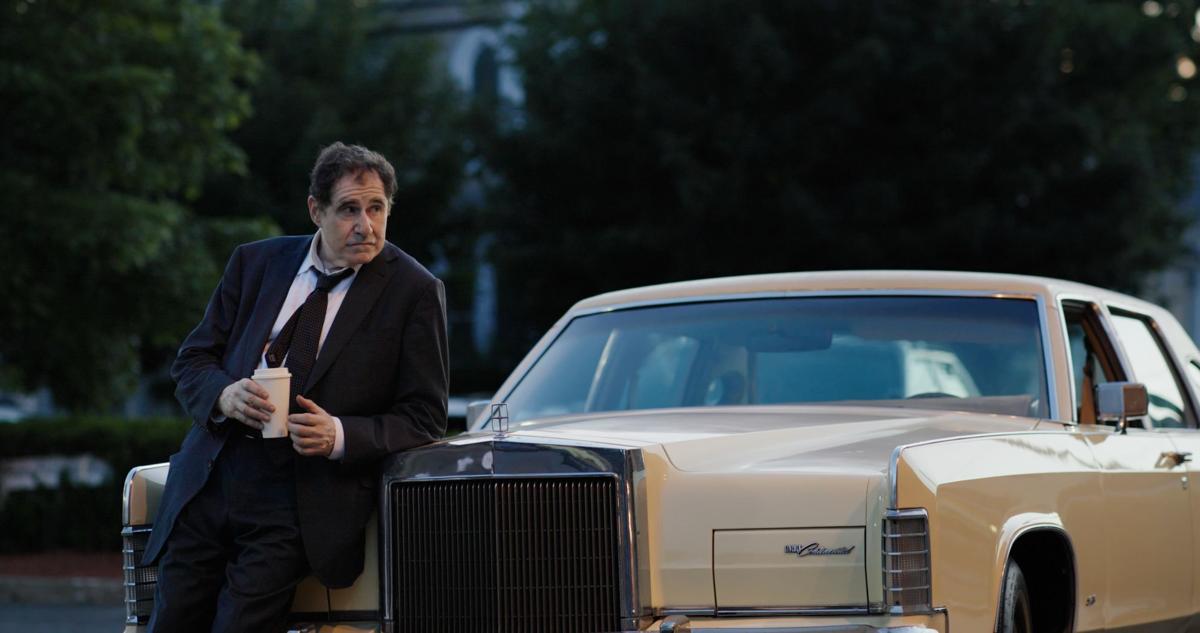 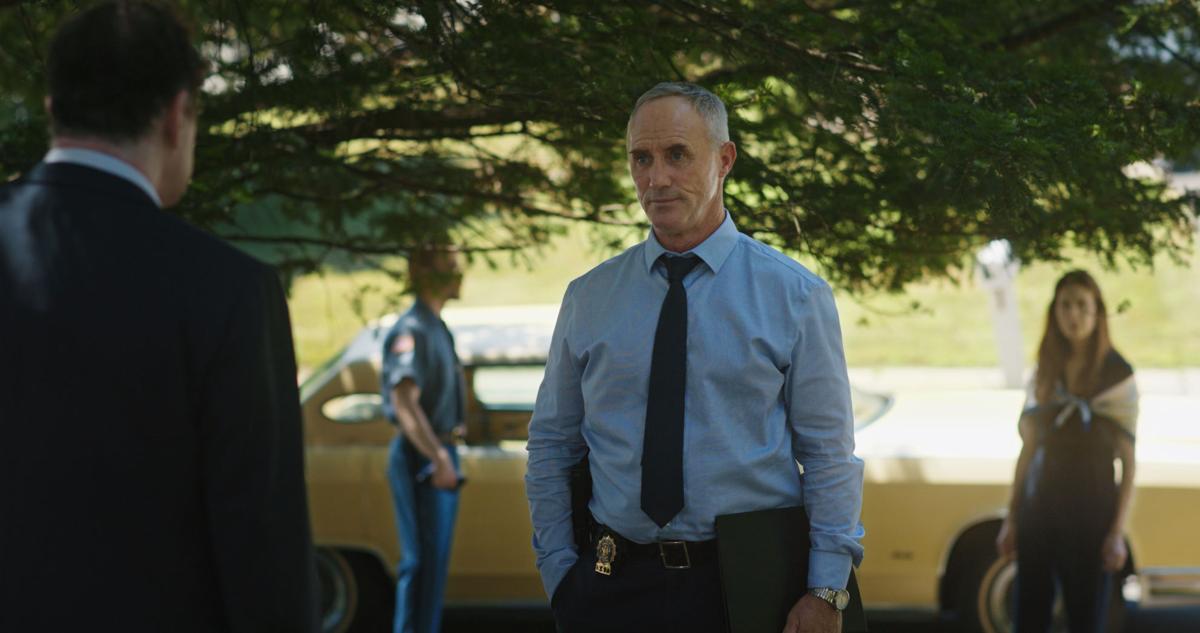 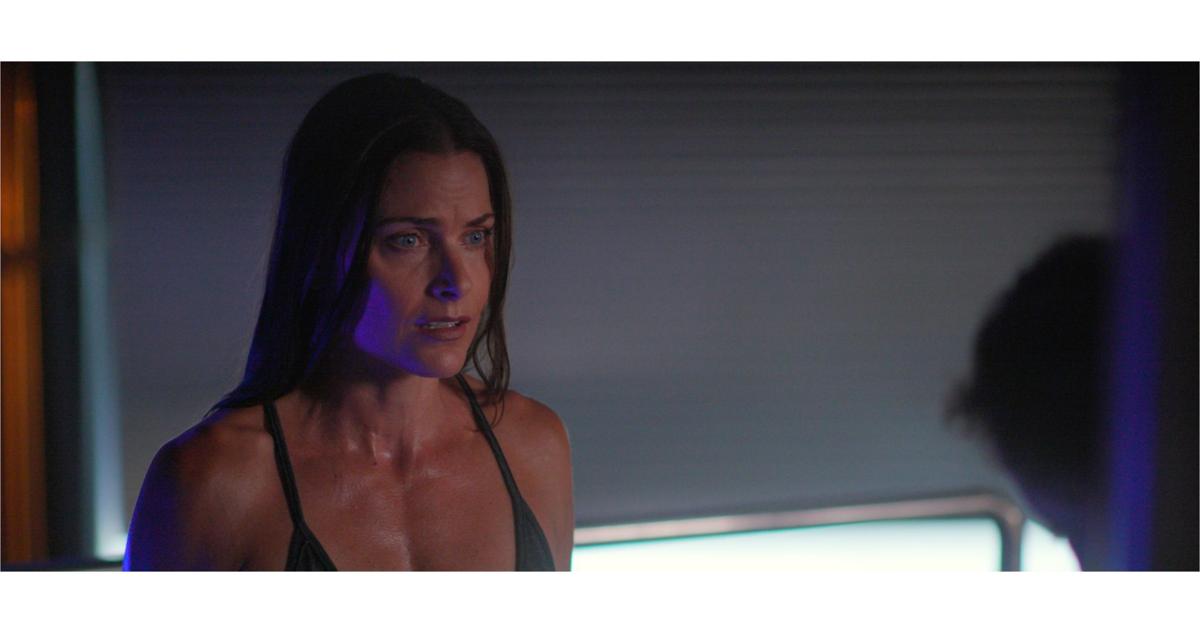 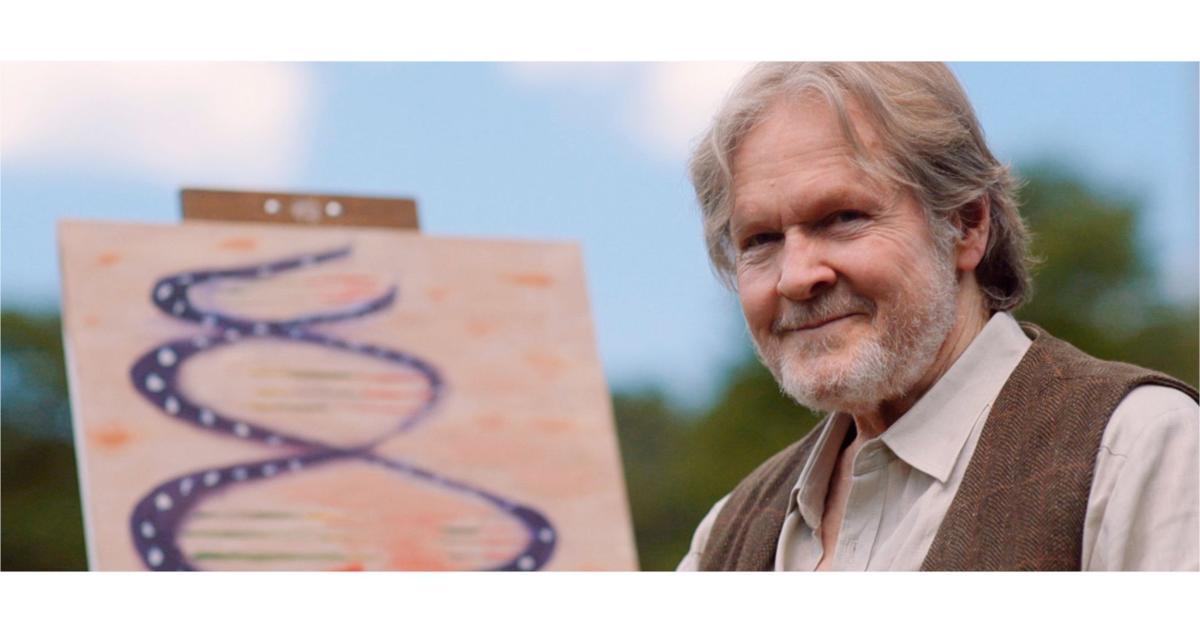 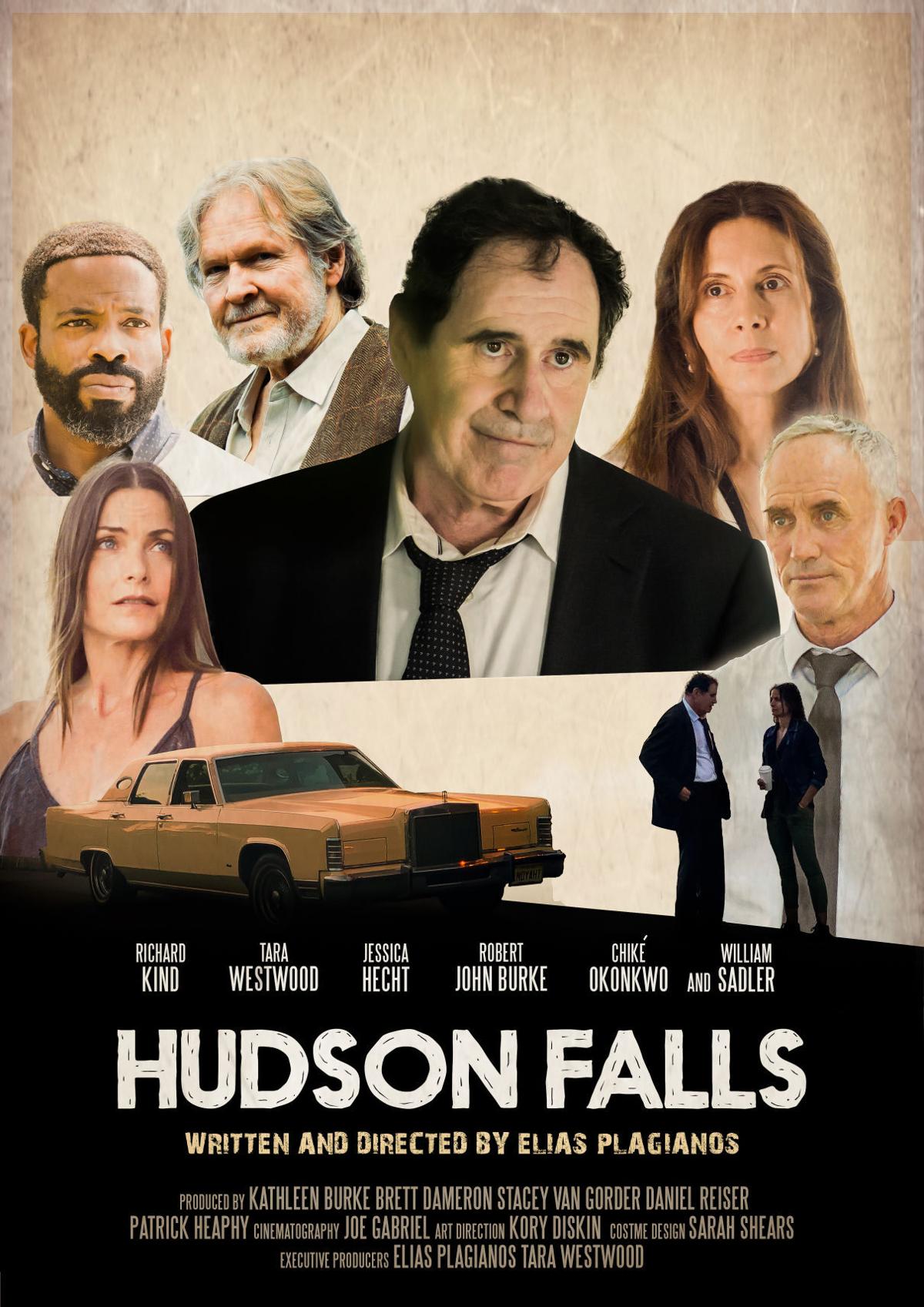 A poster for "Hudson Falls," the streaming TV series pilot, shows the cast.