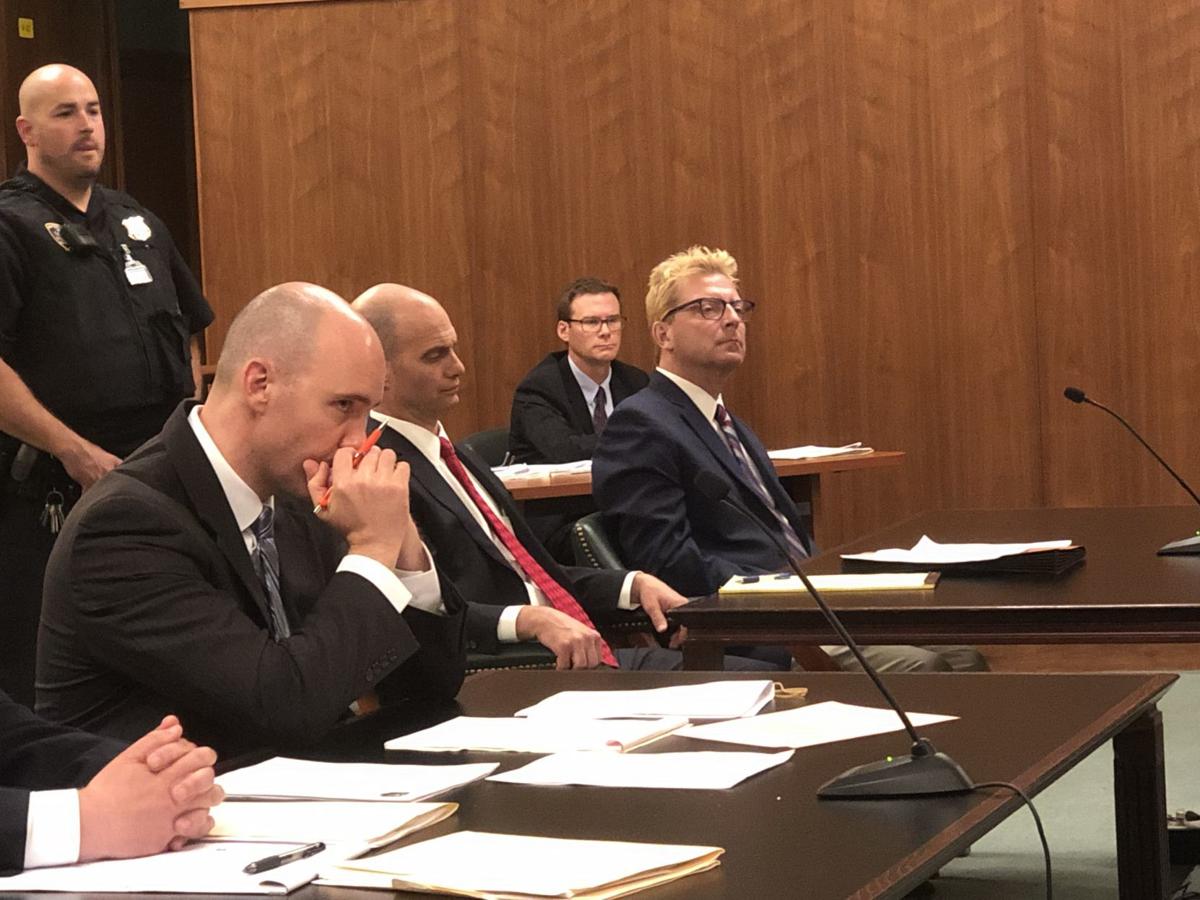 Dylan Stolz, right, listens to the mother of one of the boys he molested at Brant Lake Camp give a victims impact statement Friday in Warren County Court. 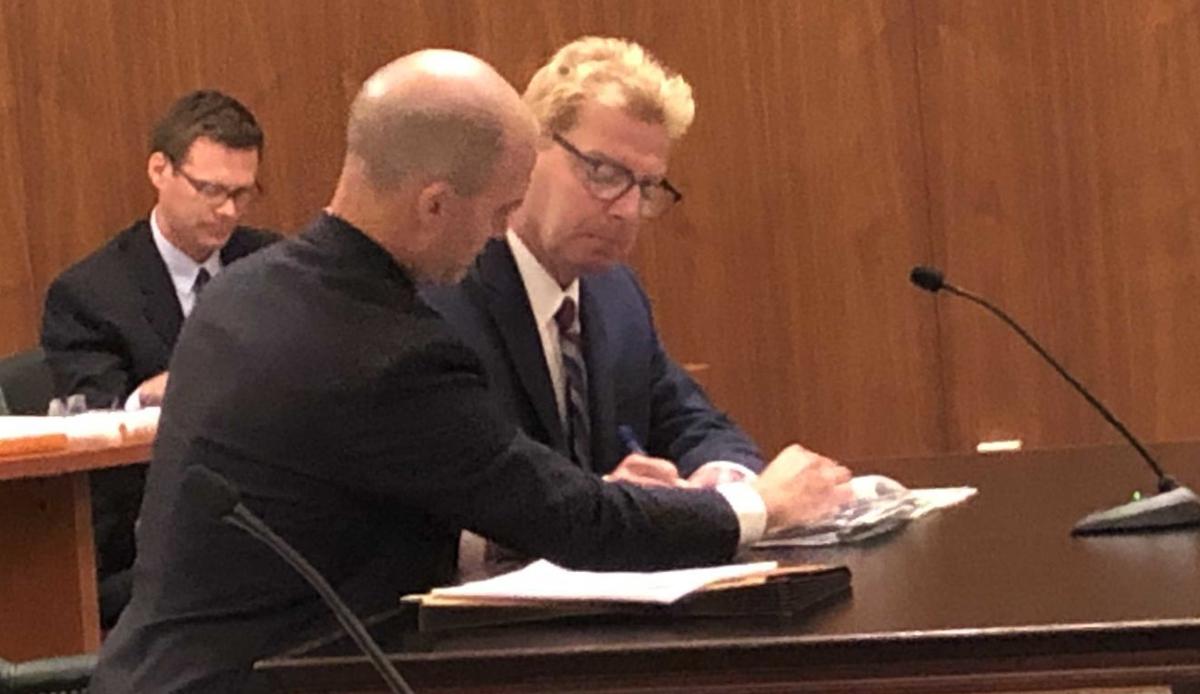 Dylan Stolz, right, signs documents during his sentencing Friday in Warren County Court for sexually abusing two boys at the summer camp where he worked in Horicon. Stolz was sentenced to 4 1/2 years.

QUEENSBURY — The former camp counselor who pleaded guilty to sexual abuse of boys at the summer camp where he worked for decades had no statement Friday as he was sentenced to state prison.

Dylan T. Stolz sat quietly as he heard one of his victims and the mother of the other talk about the impact his sexual abuse had on them.

Washington County Judge Kelly McKeighan imposed a 4 1/2-year prison sentence to be followed by 10 years on parole, saying that Stolz’s guilty pleas and acceptance of a state prison term “spoke volumes” about his guilt despite his reluctance to admit what he did.

Stolz had no reaction or response as he listened to the two emotional victims impact statements.

The boy said he has nightmares and trouble concentrating, and “I just don’t feel safe anymore” when he is alone. He said he is “hypervigilant” around strangers, and thinks about the abuse “24/7.”

“This whole process has been hard and emotional and long,” he told McKeighan. “It’s scary.”

He said he also had a rationale for not telling anyone when the abuse first happened.

“I didn’t say anything because I tried to convince myself it didn’t happen,” he said.

The mother of the other boy called Stolz “despicable” a “pervert” and a “monster” who preys on the weak. She told of the pain of knowing she wasn’t there to protect her son.

But she also praised her son for his strength, calling the 10-year-old a “hero” for coming forward and confronting a “real-life monster like Dylan.”

“I am so proud of (her son),” she said. “It was his strength and courage that opened the door for others to come forward. And it is him who has brought all of us to this place now, where this predator will be sentenced to prison.”

Warren County First Assistant District Attorney Matthew Burin asked that Stolz be deemed a Level 3 sex offender, which requires the most scrutiny, when he is released from prison.

“These children were innocent before this happened. That innocence was stolen from them,” Burin said.

Stolz, 52, pleaded guilty last month to two felony counts, sexual abuse and course of sexual conduct against a child, for fondling two young boys at Brant Lake Camp, one of them repeatedly.

He entered so-called Alford pleas, in which he didn’t admit the underlying allegations. He said after that hearing that he was “innocent,” but took a plea deal to avoid the possibility of a longer sentence. He could have faced up to 20 years.

He initially faced charges brought on behalf of 11 boys who claimed he touched their genitalia and/or buttocks at the prestigious sleepaway camp in Horicon.

But charges related to four boys were dismissed or dropped before trial was to begin in early May. The remaining charges, besides those to which he pleaded, were dropped as part of the plea deal.

The plea deal satisfies the charges filed in the State Police investigation, but it was unclear whether it precludes additional charges being filed should others come forward. Investigators have talked to men who attended the camp 15 or so years ago who had concerns about Stolz’s behavior, though none have sought criminal charges.

Stolz had been a counselor at the camp for 33 years, working as an elementary school teacher near his home in Little Neck on Long Island during the school year.

He was fired from the camp and placed on leave from the teaching job, and will lose his teaching license because of the convictions.

He was arrested last July after one child came forward, and ultimately faced 29 charges after 11 boys, ages 7 to 10, alleged illegal contact that dated back to 2016.

Stolz initially stood trial in the case in February, but a mistrial was declared when one boy partially recanted. Trial was to begin again in May, when Stolz opted to plead guilty.

Some charges to be dropped in camp counselor case

Parents have sued Brant Lake Camp, claiming their son was sexually abused there and camp officials did not do enough to protect him.

Dylan Stolz, right, listens to the mother of one of the boys he molested at Brant Lake Camp give a victims impact statement Friday in Warren County Court.

Dylan Stolz, right, signs documents during his sentencing Friday in Warren County Court for sexually abusing two boys at the summer camp where he worked in Horicon. Stolz was sentenced to 4 1/2 years.