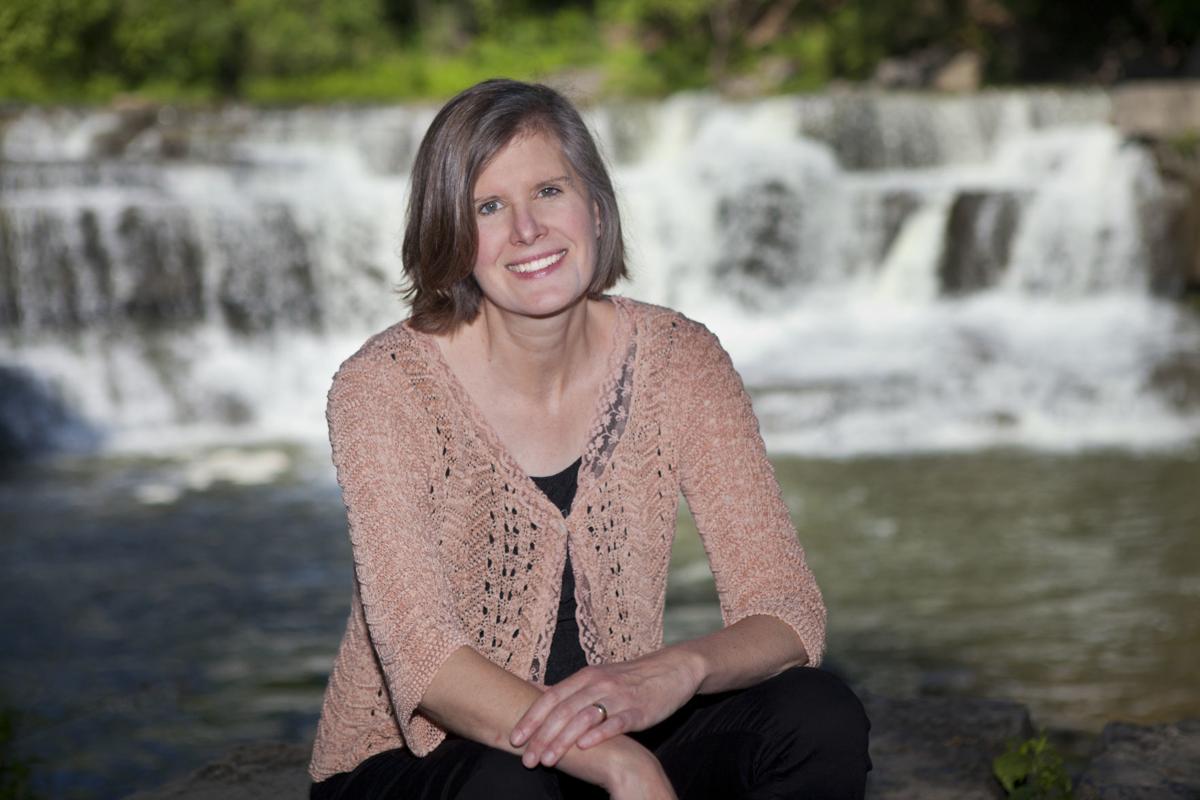 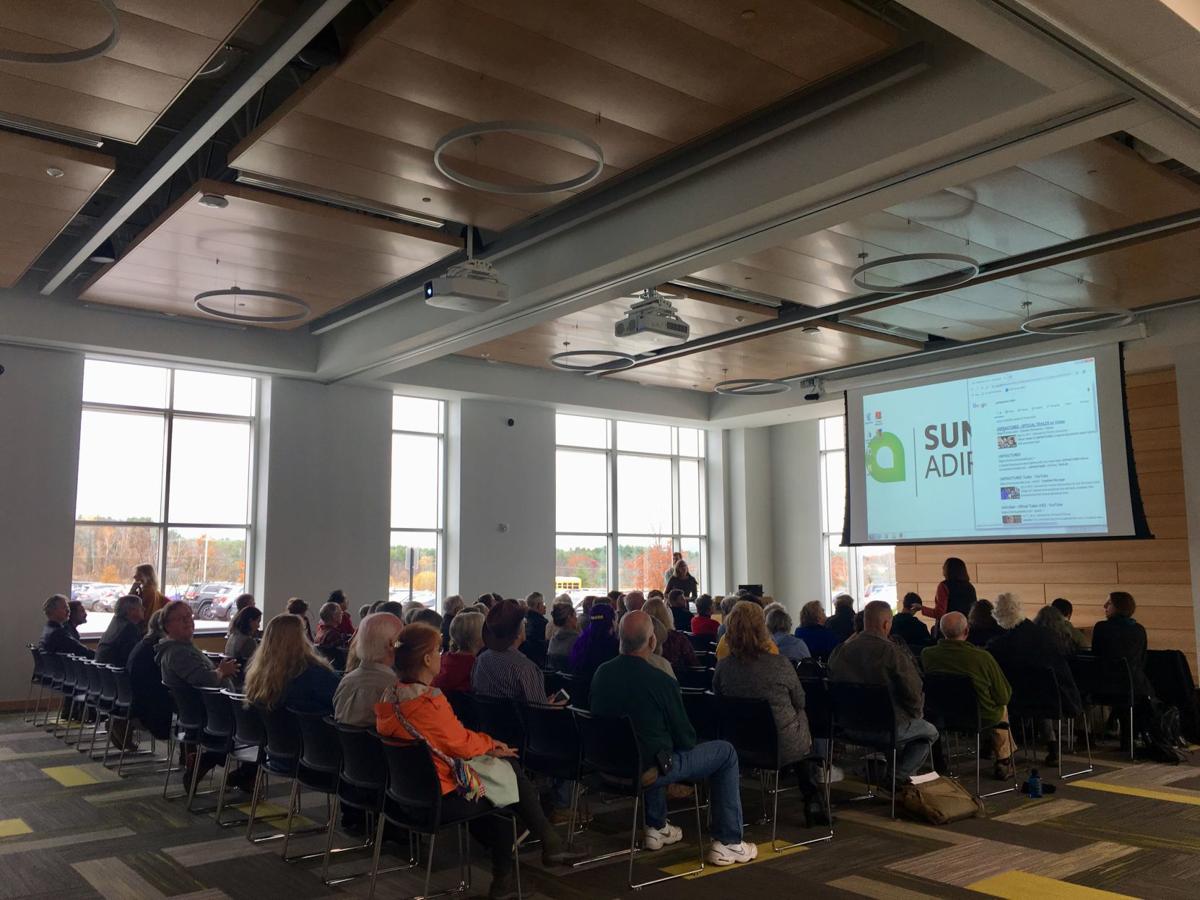 QUEENSBURY — A talk about climate change and convincing public officials to do something about problems that may seem invisible also turned into a call-to-action against the state Health Department on Monday.

Sandra Steingraber, an award-winning biologist, author and activist, spoke at SUNY Adirondack, urging local organizations to rise up and make change in their communities when government officials are not listening to the science.

Most recently, a number of Glens Falls-area residents feel the state Department of Health has not listened to them and their concerns on air pollution.

The Health Department announced recently that its study showed Warren County cancer rates are high, mostly due to smoking.

After analyzing why Warren County has a higher overall rate of cancer, the state Department of Health came to one conclusion: everyone needs to stop smoking. Now.

The study's summary acknowledges air pollution, but says, "Review of the modeled data showed that cancer risks from inhalation exposure to hazardous air pollutants were lower or similar to levels in New York state excluding New York City. Furthermore, the proportion of residents who live in proximity to high traffic roads was lower in Warren County. Therefore, available data on outdoor air quality indicate that air pollution is unlikely to explain the elevated lung cancer rates in Warren County."

Tracy Frisch, founder of the nonprofit grassroots organization, the Clean Air Action Network, stood up and asked Steingraber what the community could do. Frisch called the state's announcement "very cynical," and added that it discounts any pollution sources.

"It's a travesty," Frisch said.

Steingraber said sometimes government officials "use the noisy data to discount the very real problems we have."

The "noisy data" Steingraber was referring to includes things like how a study would have to account for whether a person with cancer moved to the area, or if he or she had grown up in Warren County.

"Everyone push back and show up to this meeting, and discredit this really bad piece of science," Steingraber said.

WHAT: Public meeting by state Department of Health to discuss cancer study findings

The meeting she referred to is the state Health Department's public meeting to discuss its study's findings, which will be held from 7 to 9 p.m. on Thursday, Nov. 7, in the Adirondack Hall of the Northwest Bay Conference Center at SUNY Adirondack.

In her talk, which mostly focused on climate change and fracking for gas, Steingraber said it's not the first time, nor will it be the last, that public officials will not believe in the science.

She was referring to the the 1854 cholera outbreak in London, when government officials did not believe in something they couldn't see — germs.

Instead, according to a broadsheet advertised throughout London during the time, officials said you could avoid catching the deadly disease by avoiding poor eating, poor sleeping and alcohol. If you were Irish or Jewish, well, you were going to get cholera.

"It's bigotry dressed up as science," Steingraber said.

It was a physician named John Snow, who figured out there was something in the area's drinking water making people sick in the 1850s. When the government wouldn't listen to him, he chopped off the handle to a drinking water pump.

People started to get better, Steingraber said, but that didn't convince government officials, and they fixed the pump.

Now, Steingraber said, it's time to turn off the handle to fracking for natural gas and digging for oil. Oil, coal and gas, she pointed out, are actually "cemeteries of dead bodies of prehistoric creatures." These are not renewable resources, and yet they're what we use to drive our cars, heat our homes and power our economies.

The byproducts of getting these fuels are used in making plastics, pesticides and other chemicals that are harmful to human health and the environment.

After examining the science on fracking for natural gas, Steingraber said she felt required to go to political leaders and show them the problem so they could make policy to save people's lives.

"If you see something, say something," Steingraber said.

From cholera and lead paint to tobacco and vaccines, Steingraber said public health is always mission-driven.

"It's exhausting," Steingraber continued, "but we're fighting for life itself, and we have science on our side."

Blog: Exhales that last a century and prehistoric dead things that fuel our cars

Nearly 390 bird species are at risk of extinction in the United States due to a warming globe, according to a new report released by the Natio…