SOUTH GLENS FALLS — Residents came out Sunday to the South Glens Falls Holiday Parade to get into the spirit of the season, especially children who were anxiously waiting to collect candy and see Santa.

“I think I’ve been good this year,” said 8-year-old Piper Fontaine as she waited for the parade to begin on Route 9.

The Fontaine kids were snacking on a pre-parade tradition meal of McDonald’s chicken nuggets while braving the cold weather. Piper’s 6-year-old brother, Arlus, said that he was most excited to see the guy in the red suit and gave everyone a laugh when he talked about the naughty and nice list.

“Santa knows we don’t know how to behave,” he said.

Andrea Fontaine said the tradition of attending the South Glens Falls Holiday Parade was instilled at a young age for her and she wants her kids to make memories at the parade like she has throughout the years.

“For some reason, I can’t remember anything except the candy,” she said.

Fire departments and paramedic teams from both Washington and Warren counties were represented in the parade with trucks and were throwing candy canes and more for families lined up on the sidewalks.

Floats were decked out as Christmas movies like “The Polar Express,” “Elf” and others at this year’s parade. There were over 70 floats and groups that participated.

Kylie Ingles said she was ready to see the floats and talked about what she wants to see under the tree on Christmas morning.

“I want a car,” she exclaimed.

“I like the vroom-vroom machine (ATV) and want a small car to drive.”

Tanya Brake, Julie Stockwell and Emily Schwindt were piled together in the back of a pickup truck waiting for the parade to begin. The three agreed that the parade does a great job of bringing the community together.

“There not a lot of people staring at their phones that I’ve seen today,” Stockwell said.

Brake said that due to COVID the past couple of years, the parade seemed smaller. Her hopes were set high for a larger celebration in 2022, as masks have come down from the face of locals.

“I don’t know what it will be like today, but my fingers are crossed that it’s going to be bigger,” she said.

For Schwindt, she said it’s refreshing to see people’s faces again at the parade.

“There’s bigger groups of people getting together now and you don’t see as many people masked up,” she said.

The three agreed that the parade is one of their many favorite traditions.

“You really get to see all the smiles on all of the kids’ faces again. ... Since COVID, I feel like I enjoy the things I do now and appreciate things like this parade even more,” Brake said. 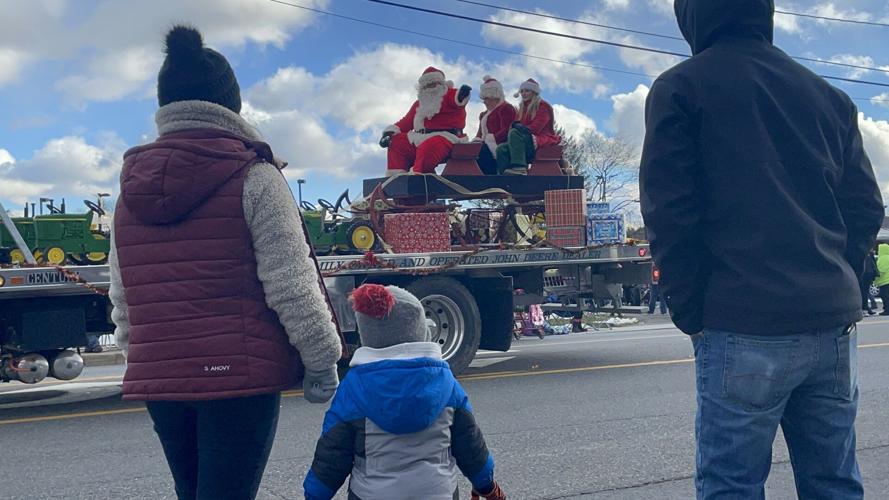 Santa gives a child a wave at the end of the 2022 South Glens Falls Holiday Parade. 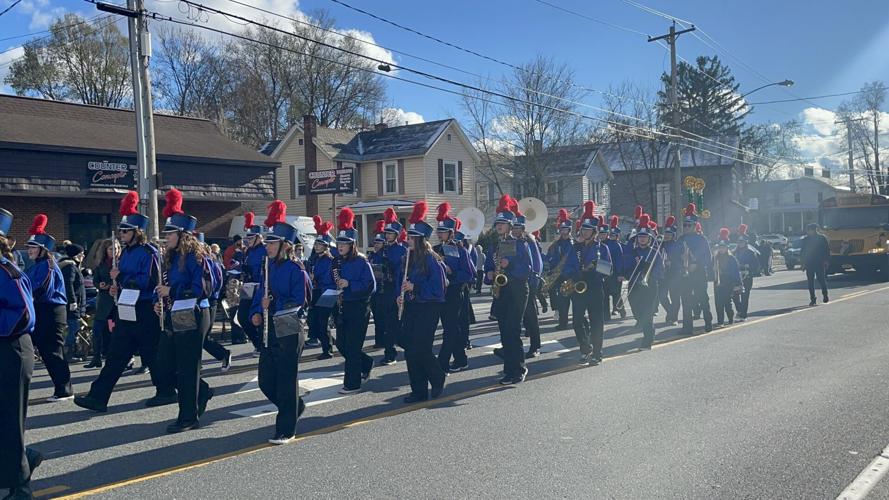 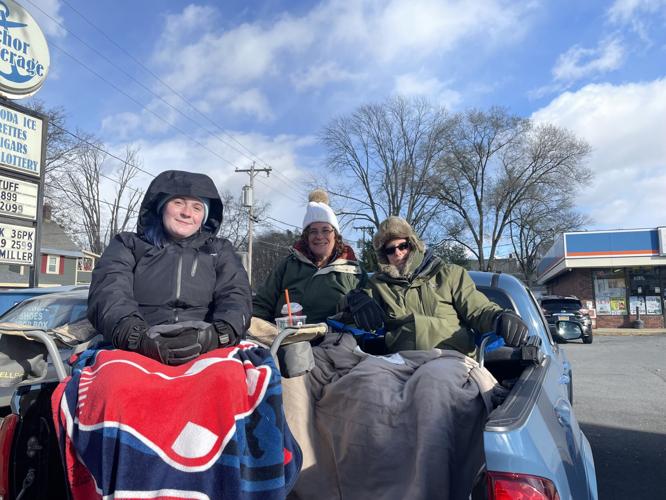 From left, Emily Schwindt, Tanya Brake and Julie Stockewell were bundled up for the cold weather and glad to see so many smiling faces at the 2022 South Glens Falls Holiday Parade. 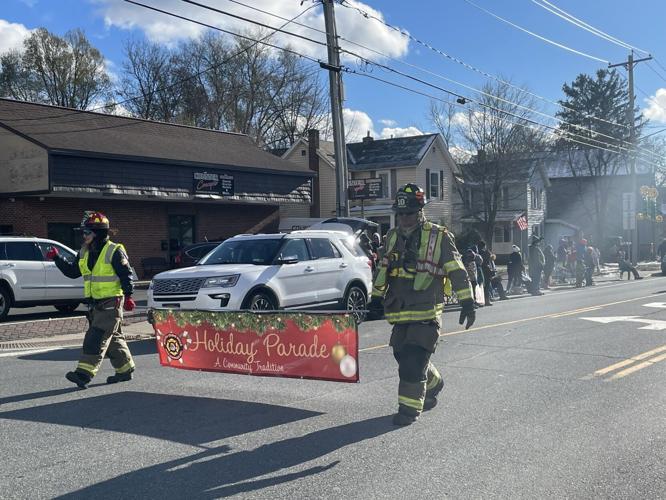 Members of the South Glens Falls Fire Department carry the holiday parade banner at the 2022 celebration. 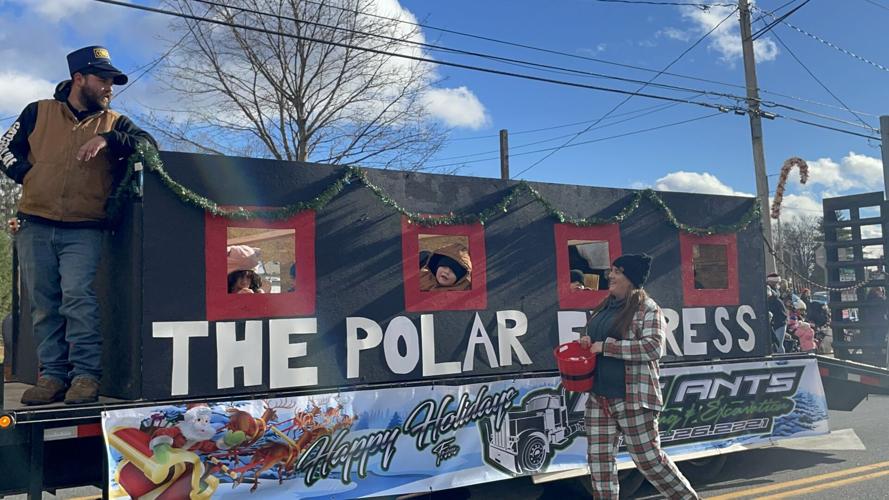 The Christmas movie, "The Polar Express," was represented as a float at the 2022 South Glens Falls Holiday Parade on Sunday. 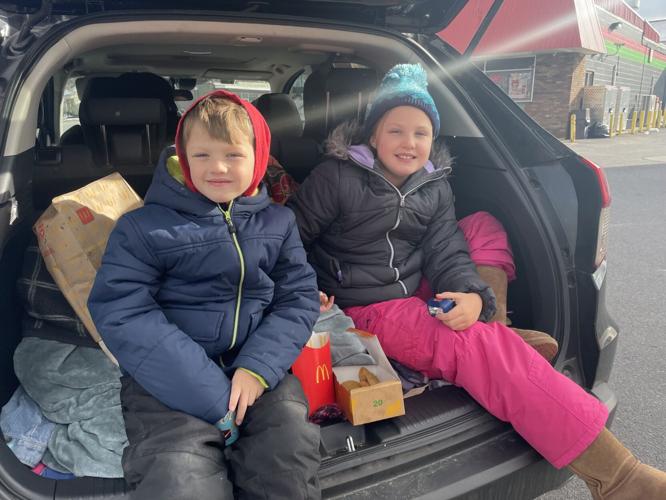