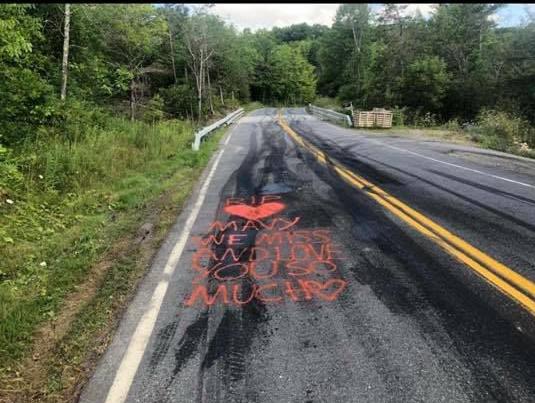 Loved ones of Maverick Bowman left a makeshift memorial on Lower Road in Putnam in his honor over the weekend. 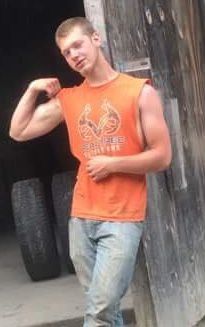 PUTNAM — Maverick Bowman will be laid to rest Wednesday night as he lived, amid jacked-up pickup trucks and with his friends and loved ones in boots and jeans.

The 15-year-old who was killed last week, allegedly by a friend, will be remembered at a memorial service Wednesday night at Wilcox & Regan Funeral Home in Ticonderoga, and his family asked that in memory of the budding truck mechanic, attendees dress casually and drive pickup trucks if possible.

Bowman loved to work on “jacked-up” pickups, and would have wanted people who were attending his services to show up in casual attire, his family wrote in his obituary.

“Maverick’s funeral is Wednesday at 5 to 6:30 plz do not dress up, just wear pants and a flannel or T-shirt,” his aunt, Cheyenne Bowman, wrote on Facebook.

Bowman was also remembered over the weekend by friends and family who held a memorial service of sorts in front of the rural Lower Road, Putnam home where he died.

Friends and family gathered Saturday night and had pickup trucks leave skid marks on the road in his honor, with a message spray painted on the rubber marks that reads “RIP Mavy, we miss and love you so much.”

Bowman was a junior at Ticonderoga High School, and was an avid mechanic who was working on building a high-rise pickup truck for a “mud-bogging” event in mid-August.

He also loved snowmobiles and

four-wheelers, played high school football, and was an avid fisherman.

State Police said he died at the hands of one of his friends, Adrian J. Sawyer, 16, of Ticonderoga, who has been charged with second-degree murder and second-degree arson in connection with Bowman’s July 26 killing. Police said Sawyer attacked Bowman with a machete, causing a severe neck injury that claimed his life.

Sawyer allegedly set a fire in the 1110 Lower Road home where the death occurred, which caused just minor damage, then told family members that he had hurt Bowman.

His relatives went to police, who discovered Bowman dead in the house. Sawyer was arrested later that morning at his family’s home on Delano Road in Ticonderoga.

The two teens are believed to have been arguing over a girl, but police have not said what prompted the extreme violence.

Washington County District Attorney Tony Jordan said the State Police investigation was continuing this week, and authorities were not releasing additional information as to what they believe transpired before Bowman’s death.

His office had not yet determined when a grand jury review of the case would occur, although it was likely in the next few weeks.

Under state law, a grand jury must hear the case to have it transferred to Washington County Court, unless Sawyer and his counsel agree to have the case moved to the superior court.

Sawyer’s lawyer, Julie Garcia, could not be reached Tuesday, and had no comment on the case last week.

Sawyer remains in Washington County Jail without bail, pending a court appearance in Putnam Town Court on Aug. 21. Jordan said he expected grand jury action in the case before that hearing, however.

The Lower Road home, owned by Bowman’s grandmother, was used as a hangout spot by teens, where they worked on off-road vehicles, and neighbors said there had been parties there in recent months. No adults apparently lived there, and neighbors believed it had been abandoned.

Loved ones of Maverick Bowman left a makeshift memorial on Lower Road in Putnam in his honor over the weekend.