Horicon Supervisor Matt Simpson received the overwhelming endorsement of the Warren County Republican Committee on Wednesday night for the party’s line in the race for the 114th Assembly District seat.

Simpson received nearly 90 percent of the votes that were cast by the nearly 130 members who voted, handily topping Queensbury at-Large Supervisor Doug Beaty and former Thurman Supervisor Evelyn Wood. Beaty and Wood said they both plan to proceed with Republican candidacies, setting up a potential three-way primary.

Warren County Republican Committee Chairman Michael Grasso said exact voting tallies are not released by the committee, but he said Simpson got a “supermajority” of the votes in the first round of voting in what Grasso called “a very impressive win.”

“I was not surprised at the results as Matt is the kind of guy everyone likes,” Grasso said in an email. “The more informed of us know what great work he has done as president of the Adirondack Association of Towns and Villages and that he can work with the Democrats in getting grants and concessions in the park.”

Rob Smith has received the Warren County GOP endorsement in his bid to become the next Warren County Court and Surrogate Court judge.

Simpson said he was grateful for the “overwhelming” support of the committee.

Simpson, 52, Horicon supervisor for the past six years and current president of the Adirondack Association of Towns and Villages, said he emphasized to the committee the need to cut taxes and spur economic development as his main platforms going forward.

He formerly ran a contracting business and said he understands how hard it is for businesses in the region to overcome state tax burdens.

“That has to change,” he said. “We need to support initiatives that will help economic development.”

Protection of the region’s natural assets and improvement of infrastructure are priorities as well, he added.

Beaty said he wasn’t surprised by the vote, and he planned to force a June primary for the GOP line. He pointed out he won a Queensbury at-large supervisor race when the GOP rebuffed his candidacy as well.

He said he believes Simpson has support of politicians, but the voters will appreciate his fiscally conservative history and desire to be a “public servant.”

“The committee speaks for the committee. It doesn’t speak for thousands of Republican voters,” he said. “The politicians don’t like me because we exposed a lot up there (in Warren County).”

He said reining in taxes and pushing for economic development will be his main issues going forward.

Wood said late Thursday that she plans to continue her candidacy as well.

"(Wednesday) night's endorsement was a foregone conclusion, it does not change my plans," she said.

In addition to Warren County, the Assembly district includes Essex and parts of Washington and Saratoga counties. Republican committees in those counties have yet to meet to consider endorsements. Essex County’s committee plans to meet Jan. 16, Saratoga County’s on Jan. 22 and Washington County’s on Feb. 18.

The Warren County Republican Committee also unanimously endorsed Stec as he runs for Senate. He is the only candidate to seek the endorsement. Stec said he was thankful for the endorsement

“The Warren County Republican Party is proud to endorse Dan Stec for state Senate,” Grasso said in a news release. “As a naval officer, a local official right here in Warren County and state assemblyman, Dan has repeatedly risen to meet the challenges we face and he’s the best choice to succeed Betty Little as our next senator.”

Kevin Beary, a retired English teacher from Colton in St. Lawrence County, is also seeking the Senate seat as a Republican, while Clinton County resident Kimberly Davis is running as a Democrat.

For the full story on the Warren County judge race, see Page B1

Horicon Supervisor Matt Simpson has been endorsed by GOP committees in Essex and Saratoga counties for the 114th Assembly District seat. 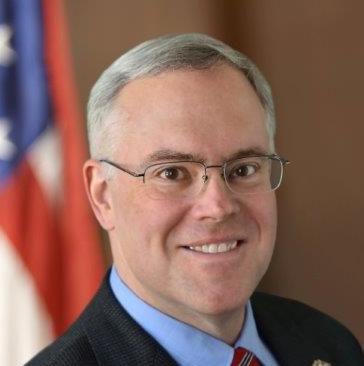