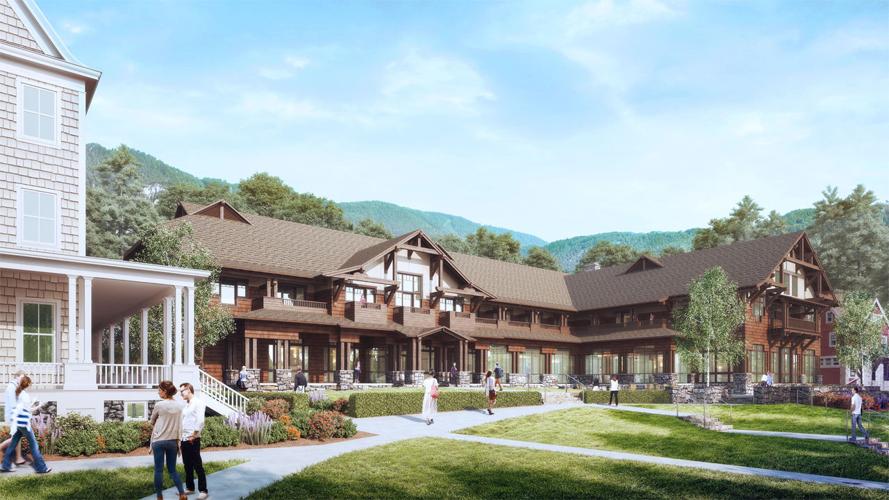 An architect’s computer rendering of a proposed $13 million expansion to the inn at Silver Bay YMCA in Hague. Construction is expected to start in September and will help the 500-acre camp become a year-round facility. 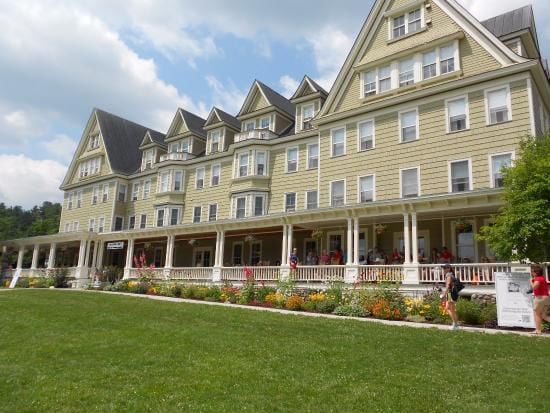 The inn at Silver Bay YMCA is seen in Hague. A $13 million expansion of the inn, which overlooks Lake George, is planned.

HAGUE — The Silver Bay YMCA will become a larger, year-round facility under a $13 million expansion plan that includes the construction of a two-story, 42,000-square-foot building, according to Chief Executive Officer Steve Tamm.

“It’s a very special time in our history,” Tamm said. “We have this special gift that is going toward a game-changing type of project.”

Construction, which will include the demolition of the existing dining hall, will begin in September if all goes according to plan, Tamm said.

Silver Bay will have to go through an approval process with the Adirondack Park Agency, the town of Hague, the state Department of Environmental Conservation and the Lake George Park Commission.

The center will be attached to the facility’s 114-year-old inn.

In addition to a dining room, kitchen and 22 guest rooms with private baths, the center will include conference and meeting space.

“Right now, we are not as able to host year-round conferences as we would like to be. This way we can go from three seasons to year-round,” Tamm said. “It’s a really exciting time for us.”

According to Tamm, the new construction is the focus of a master plan guiding the redevelopment of Silver Bay’s campus. That plan includes a new wastewater treatment system and an advanced stormwater management system to protect water quality of nearby Lake George.

The wastewater and stormwater portions of the project are why the DEC and park commission are involved.

“We had a preliminary workshop,” said Catherine Clark, Hague’s zoning officer. “That way we can start sketching things out before the application goes through.”

The conference room in the new addition will be able to handle 250 people and is dividable.

The remaining funding will come from a combination of the YMCA’s capital campaign fundraising and financing, Tamm said.

Boyd served on Silver Bay’s board of trustees from 1917 through 1926, helping to guide the relatively new conference center through a difficult era. His career with the YMCA included service as the secretary of the Kansas City YMCA as well as a mission to China, where he and his wife helped finance the construction of a women’s gymnasium at the first college for women in China.

“William Boyd led from the front. He challenged his fellow trustees to be generous financially and to make hard decisions about the future course of Silver Bay,” Tamm said.

According to the YMCA, five generations of his family have supported Silver Bay.

“We are extremely grateful to the Smiths for their dedication to Silver Bay and their commitment to this project,” said Mike D’Attilio, chairman of Silver Bay’s board of trustees. “We know their generous gift will serve as an example and an inspiration to the entire Silver Bay community.”

The Silver Bay facility was founded in 1902 on a 700-acre campus with a mile of shoreline on Lake George. It employs 45 full-time staff members with a seasonal staff of 200, and Tamm expects the number to increase after the new addition is completed.

Tamm said between cottages and the current hotel-style rooms, the site can currently handle roughly 400 people, which will rise with the new addition.

The camp is on the National Register of Historic Places with the U.S. Department of the Interior.

Tamm said Silver Bay’s mission includes giving back to the community, noting the facility sponsors the Ticonderoga Teen Center, offers access to the YMCA for underprivileged children, runs a youth and government program and offers free visits to local cancer patients, veterans and their families, clergy and underprivileged families.

“We see this not just as a plus for Silver Bay, but for the whole area. It’s good for the North Country,” Tamm said. “We want to be good neighbors. We want to have a positive impact on the community.”

Looking back at local history: Jan. 19

Take a look back at local history. Here are the top stories for Jan. 19 from one, five and 10 years ago.

China's protests over lockdowns spread to campuses and communities abroad

China's protests over lockdowns spread to campuses and communities abroad

An architect’s computer rendering of a proposed $13 million expansion to the inn at Silver Bay YMCA in Hague. Construction is expected to start in September and will help the 500-acre camp become a year-round facility.

The inn at Silver Bay YMCA is seen in Hague. A $13 million expansion of the inn, which overlooks Lake George, is planned.