Sen. Chuck Schumer, D-N.Y., gives his opening remarks on the front steps of Glens Falls City Hall on a windy Thursday morning. Schumer announced $2 million in federal funding is going toward projects to benefit communities in Warren and Washington counties.

The funding was secured thanks to the federal budget, and Sen. Chuck Schumer, D-N.Y., said that this was the first time in history that New York got back more money from the federal government than it sent in.

He greeted the crowd and said that it was a great spring day from the front steps of Glens Falls City Hall on Thursday morning.

“My job is to help our local communities, our local groups and organizations,” Schumer said. “To have the federal government be a help not a hindrance, and I’m happy to say we are here to do that.”

Glens Falls City Hall will get $430,000 for repairs needed in the building.

City Hall is the heart of the Three Squares Historic District and it was in need of renovations, Schumer said.

He said that the building is important in three ways. It provides community services. It is a unique building in terms of architecture, and it brings in visitors and tourists.

Schumer noted that City Hall isn’t just a place for community services like the police department and city government. It also brings in tourists because it is the heart of a region filled with great architecture, he said.

Due to the age of the building, City Hall was in need of repairs. A new roof is being put on the building. When the decision was made, the building was also in need of an update to its heating, ventilation and air-conditioning system.

Mayor Bill Collins said the roof project at City Hall forced the HVAC system repair to be shelved. These federal dollars will allow the city to acquire an energy-efficient heat pump system that will make Glens Falls “net-zero ready.”

Collins said that the city had to choose between the roofing projects at City Hall and the Cool Insuring Arena, and the new HVAC system prior to this funding being announced. The new system means City Hall will no longer emit carbon, and there will be no on-site fossil fuel consumption.

“We couldn’t afford it all. This allows us to pull it back off of the shelf,” Collins said.

He noted that, originally, the new system was estimated to cost roughly $900,000, which would be about $1.2 million in today’s market. The city will be seeking more support from National Grid and other sources to aid their efforts.

The second project has to do with health care in the region. Schumer said that there are many residents who have been unable to get back into the workforce as a result of the cost and availability of quality child care.

There will be $205,000 going to the Warren County Employment and Training Administration.

“We have a job shortage here in this area — whether you’re a downtown store, or at some of our factories or on the farms,” Schumer said.

He said that this was made more evident due to the pandemic. Workers were forced to be home, and some haven’t been able to make the transition back into the workforce.

The funding will be used to open more child care facilities and invest in the recruitment and training of health care professionals, according to Schumer.

This won’t only create jobs at the facilities, but he said it will also free up the parents who can get back to work.

“They need a place for the kids, so this funding is going to tackle this issue at its core,” he said.

Liza Ochsendorf, director of the Warren County Employment and Training Administration, said it is vital to get people back into the workforce.

She said that child care is one of the biggest hurdles in the way of getting that done.

“During the pandemic it was harder for child care businesses to stay open. Working with Southern Adirondack Childcare Network, we’ll be recruiting training and opening more home-based providers,” Ochsendorf said.

The third project has to do with bringing in businesses to the region. Schumer said he has spoken to the heads of the Warren-Washington IDA who told him that businesses are looking to come to the area.

Schumer said he led the charge on his end to bring $950,000 to upgrade the former General Electric dewatering facility in Fort Edward into the Canalside Energy Park.

“This will allow the Warren-Washington IDA to build long-needed water and sewage infrastructure at Canalside,” Schumer said. “It is the first step into bringing manufacturing and good-paying jobs to the area.”

Fort Ticonderoga will receive $500,000 for restorations to preserve the fort’s infrastructure. The walls of the fort have been deteriorating for some time, according to Schumer.

Schumer said he has visited the fort with his kids, and he looks forward to bringing his grandkids one day as well. He said that even though Fort Ticonderoga is just over the county line in Essex County, it brings tourists and business to both Warren and Washington counties.

“This anchor is one of the biggest drivers of tourism for our region,” Schumer said. 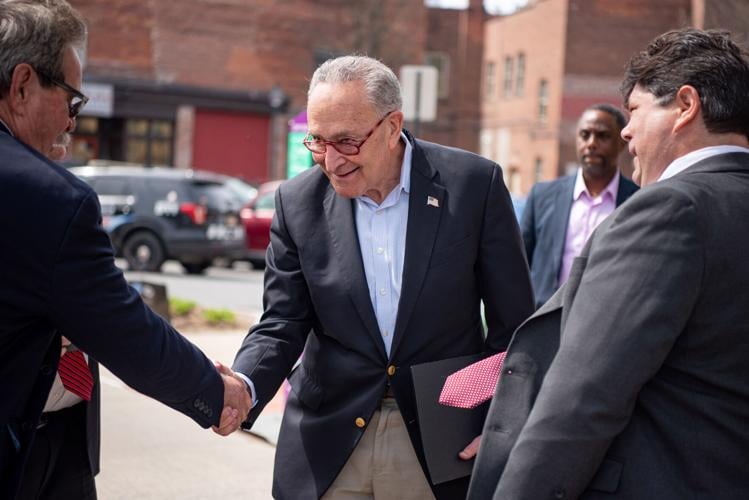 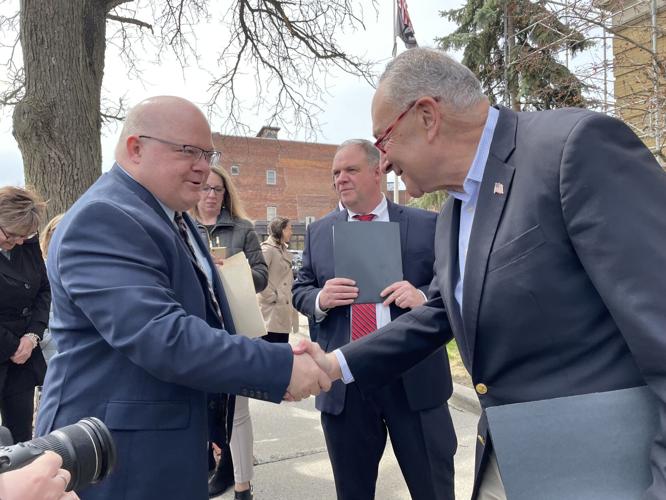 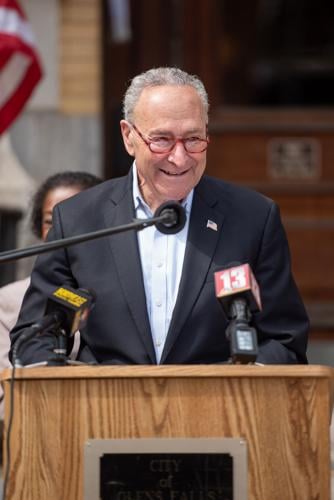 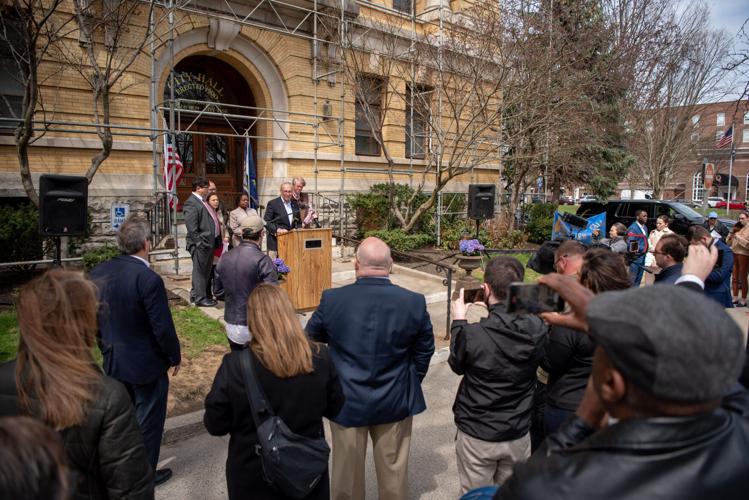