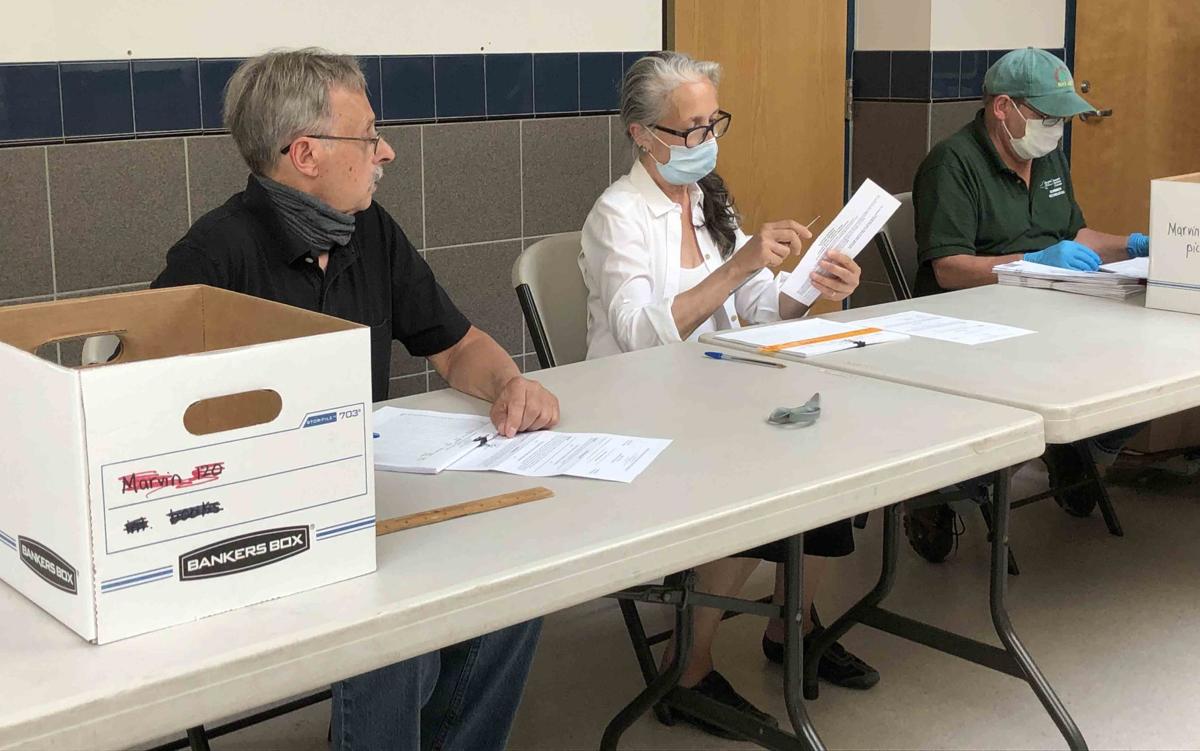 From left, Rick Grant, Susan Havens and Ken LaFay begin counting ballots Tueday afternoon at the Fort Edward Union Free School District. That district is one of 30 that The Post-Star is collecting results from throughout the evening. 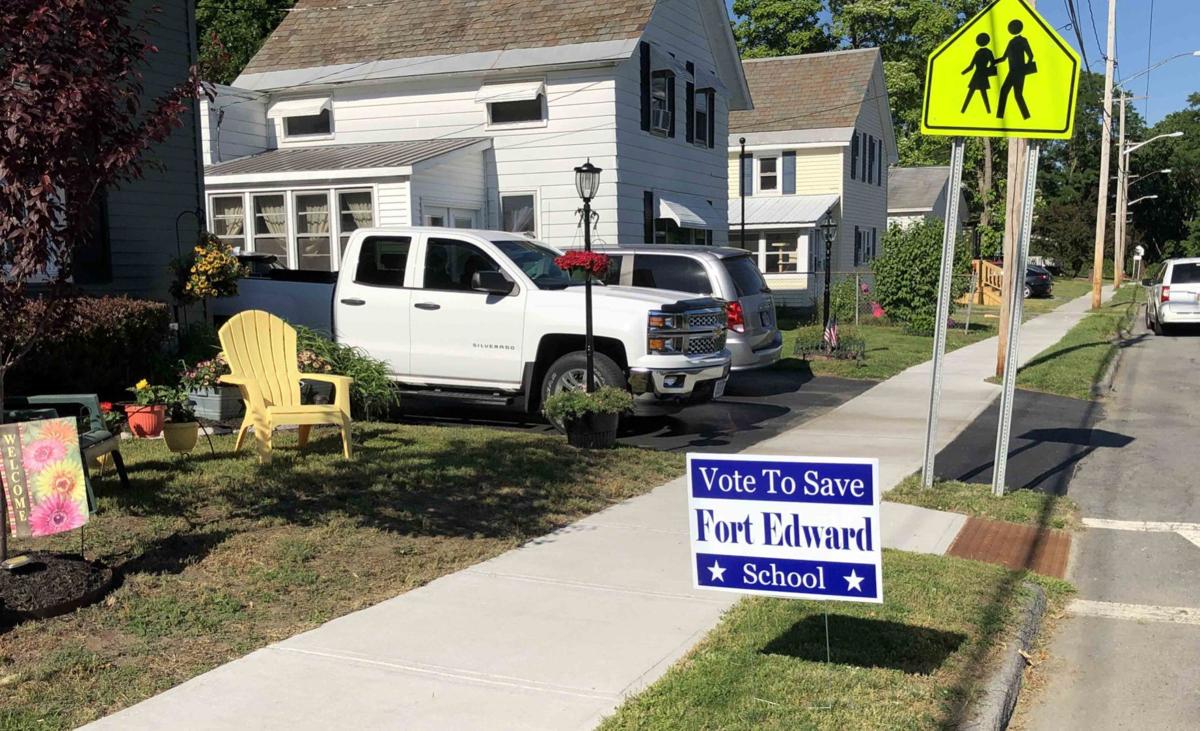 A sign saying Vote to Save Fort Edward School is seen on Tuesday. The district's budget failed because it did not get a supermajority approval of 60%, as required because it was seeking to exceed the tax cap.

School budgets easily passed in the region, but results were still not in late Tuesday night on Fort Edward's bid to override the tax cap.

Counting had not been completed as it neared midnight.

All school district budgets passed including the large districts of Glens Falls, Queensbury and Hudson Falls, but South Glens Falls school officials said they were suspending counting on Tuesday night and would resume at 7:45 a.m. Wednesday.

Turnout was high as the election was conducted entirely through absentee ballot because of the coronavirus pandemic.

For example, Hudson Falls sent out 7,800 ballots and got 1,749 ballots back — about four times as many people who voted on the budget in 2019. It took two hours for a group of people to count them all. Some were opening the envelopes while others were doing the tallies, to make it as efficient as possible.

“Most years it’s around 400 (voters), but you know, we made it easy. We sent the ballots to their house,” said Superintendent Linda Goewey.

All eyes were on Fort Edward to see if district voters would pass the budget, which proposed a nearly 20% increase in the tax levy.

The district has seen major problems with the loss of tax revenue from the former Hudson River dewatering plant. The owner of the property defaulted on the taxes and the county made the school district whole. Now, Fort Edward has to pay $1.7 million back and it took out a bond because it did not have the funds.

There were not many contested school board races in the region.

Bieber and Earl are backed by the Lake George United for Education group. Members of that group have an active lawsuit against the district over elimination of the junior-senior high school vice principal position two years ago.

Now, most of the board is made up of candidates who were endorsed or affiliated with that group, including President Tricia Connor Biles and Katie Bruening, Maryanne MacKenzie and Melissa Seale.

In Salem, Anne Dunigan won re-election for another term. There was no declared candidate for a second seat. Dan Snyder won the seat with three write-in votes, edging out Gina Beagle with two.

In Fort Edward, incumbent Vice President Michael Glass and Daniel Shiels, Christina Durkee and Elaine Trackey-Saltsman were running for a five-year seat and a one-year seat.

The future of the district was a hot topic during the campaign. The Board of Education voted in March to do a full merger study with the South Glens Falls Central School District.

Glass voted in favor of that study and Trackey-Saltsman said in a candidate forum she supported it. Shiels and Durkee said they were opposed to the study and wanted Fort Edward to remain its own district.

The issue is emotionally charged in town, with lawn signs stating: “Save Fort Edward School.”

Post-Star reporters Kathleen Moore, Will Springstead and Chad Arnold contributed to this story. Reach Michael Goot at 518-742-3320 or mgoot@poststar.com and follow his blog poststar.com/blogs/michael_goot/.

View a school by school breakdown of school election results on Page A6 and for final results check poststar.com or Thursday's print edition.

The Fort Edward Board of Education on Wednesday agreed to hold another budget vote next month after its plan was defeated Tuesday.

School districts are in uncharted waters with the COVID-19 pandemic — conducting an election entirely through mail-in ballots.

Fort Edward, Lake George and Whitehall are among the few districts with competitive school board races due to some hot issues.

From left, Rick Grant, Susan Havens and Ken LaFay begin counting ballots Tueday afternoon at the Fort Edward Union Free School District. That district is one of 30 that The Post-Star is collecting results from throughout the evening.

A sign saying Vote to Save Fort Edward School is seen on Tuesday. The district's budget failed because it did not get a supermajority approval of 60%, as required because it was seeking to exceed the tax cap.