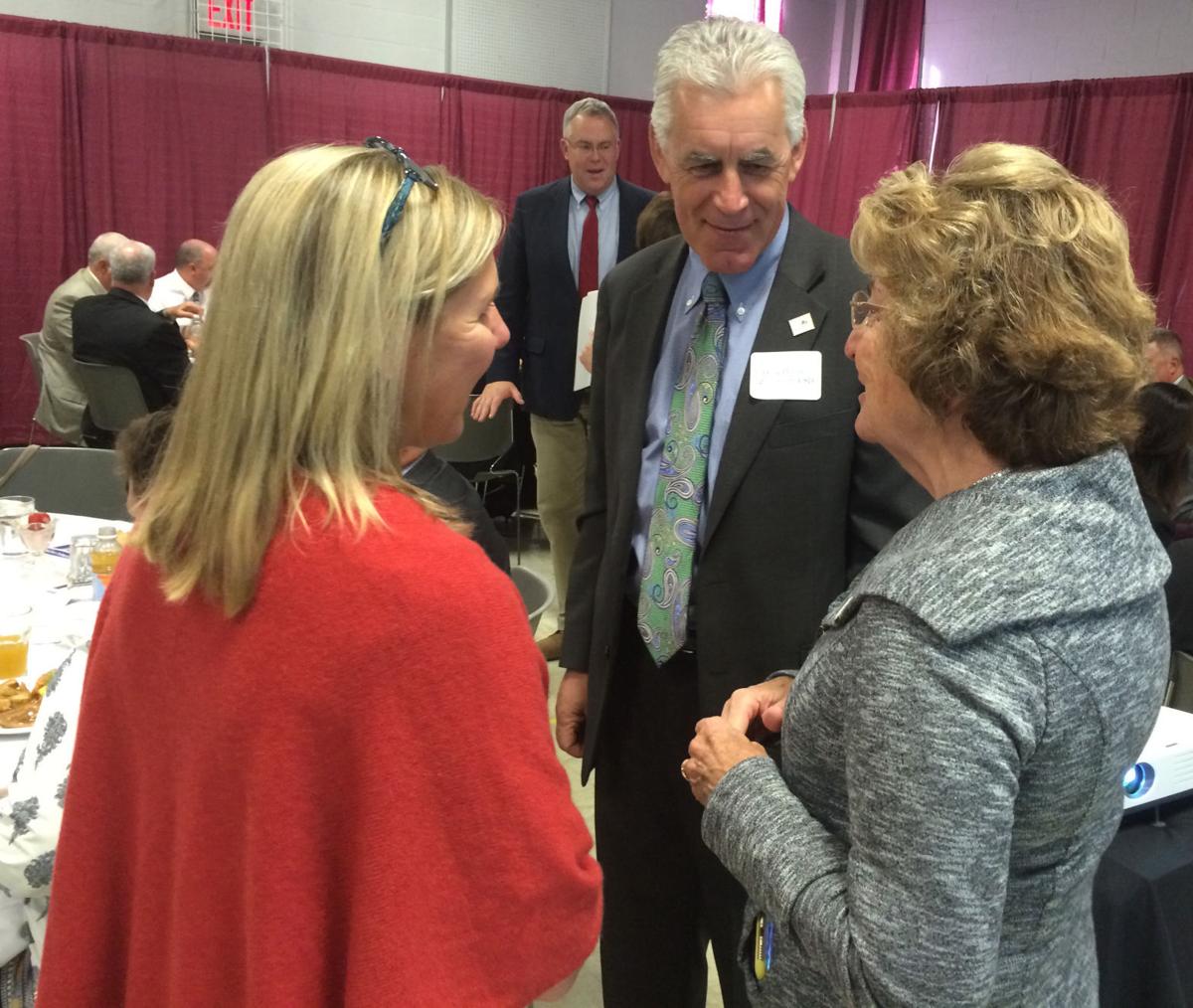 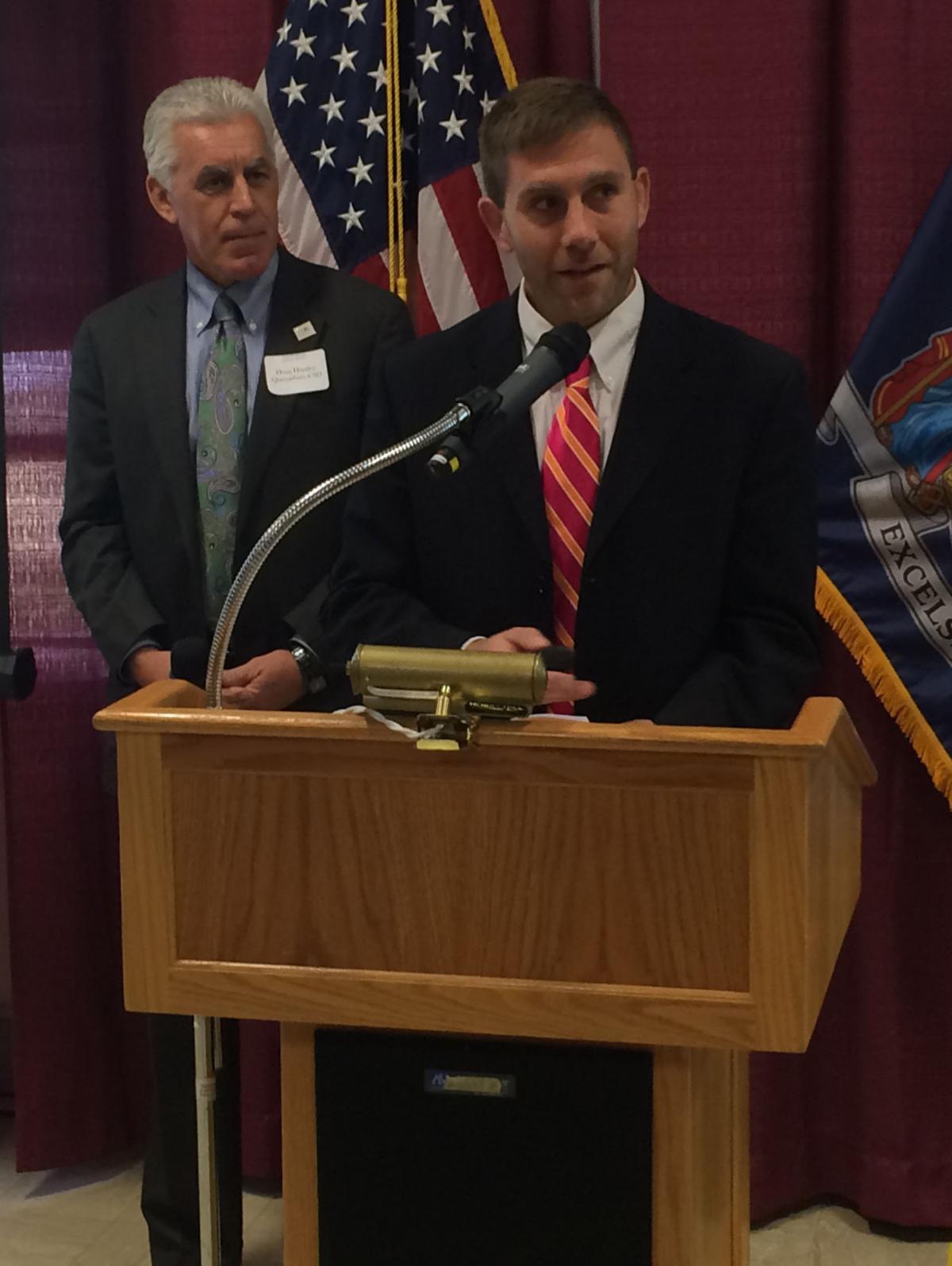 SARATOGA SPRINGS — Education officials want the state to recalculate the formula for school aid to factor in increasing poverty in the region.

“We have districts in the BOCES right now that are at 60 percent poverty rate, so the formula needs to be current,” said Queensbury Superintendent of Schools Douglas Huntley at a legislative breakfast Thursday morning at the F. Donald Myers Education Center.

Huntley, who is co-chairman of the Chief School Officers Advocacy Committee, said Foundation Aid was created in the 2007-08 school year to assist in funding schools, and it awards aid on a per-pupil basis to schools based on need.

However, the formula calculation has been frozen in place, despite changes in demographics.

Advocates would like to see more weight placed on the percentage of students receiving free and reduced lunch in the calculation of the formula, which is based on income and property wealth in the district.

For example, the percentage of Queensbury’s students receiving free and reduced-price lunch has gone from nearly 18 percent in the 2010-11 school year to nearly 29 percent in 2016-17.

Education officials also would like to see legislation allowing them to create dedicated reserve funds for the Teachers Retirement System contributions and for special education.

Huntley said districts can get hit hard financially when a student with special needs moves into a district. Queensbury has a student this year who will require $300,000 worth of services.

“Unfortunately, we don’t always have the opportunity to prepare our budgets knowing about these expensive students,” he said.

School officials also want a permanent fix to the problem of school districts with fewer than 100 full-time employees being defined as small group for purposes of health insurance. The Legislature passed a two-year waiver for school districts affected by this rule. Otherwise, districts would have been forced to leave their current plans and have big premium increases.

Other priorities are to increase the limit on how much districts can be reimbursed for the costs of career and technical program instructors, such as the culinary ones at the Myers Center. The cap is $30,000, although the average salary of an instructor is about $65,000.

Superintendents would also like to increase the cap of about $167,000 in salary for the BOCES district superintendents, which is linked to the education commissioner’s salary in the 2013-14 school year.

“The purpose of this is to help to attract, throughout the state, leaders for our BOCES who are of very high-caliber. We think the salaries and benefits need to be adjusted to attract the candidates that we need,” Huntley said.

Legislators were hopeful these priorities could be achieved.

Assemblyman Dan Stec, R-Queensbury, said there is strong bipartisan support in the Legislature to support educational needs. He believes including free and reduced lunch in the calculation is a good idea, but acknowledged that changing the formula produces winners and losers.

“For somebody to gain, that means somebody else loses,” he said.

In the past legislative session, New York City area legislators were pushing for more Foundation Aid and upstate wanted the end of the gap elimination adjustment. With GEA gone, they can just focus on Foundation Aid.

State Sen. Elizabeth Little, R-Queensbury, agreed that there is risk in changing the formula. Upstate schools could get hurt.

“Schools with big student populations do better,” she said.

The problem is schools with lower enrollment have the same basic costs, according to Little.

Little has sponsored a bill to allow the creation of reserve funds for special education. She said it makes sense, but there is some resistance by Long Island legislators to the idea.

“They had some reserve funds that they were abusing,” she said.

Assemblywoman Carrie Woerner, D-Round Lake, said the current funding formula hurts rural communities because of the value it places on the land.

“The reality for farmers is they may be land rich, but they’re cash poor,” she said.

Woerner is in favor of finding a fairer measurement to determine wealth to make sure schools are being funded fairly and equitably.

She also supports fixing the small group insurance problem, raising the amount of reimbursement for career and technical education instructors and lifting the BOCES superintendent salary cap so the position will attract talented and accomplished educators.

You can read Michael Goot’s blog “A Time to Learn” at www.poststar.com or his updates on Twitter @ps_education.

Here are BOCES' legislative priorities in the new session:

Looking back at local history: Oct. 15

Take a look back at local history. Here are the top stories for Oct. 15 from one, five and 10 years ago.