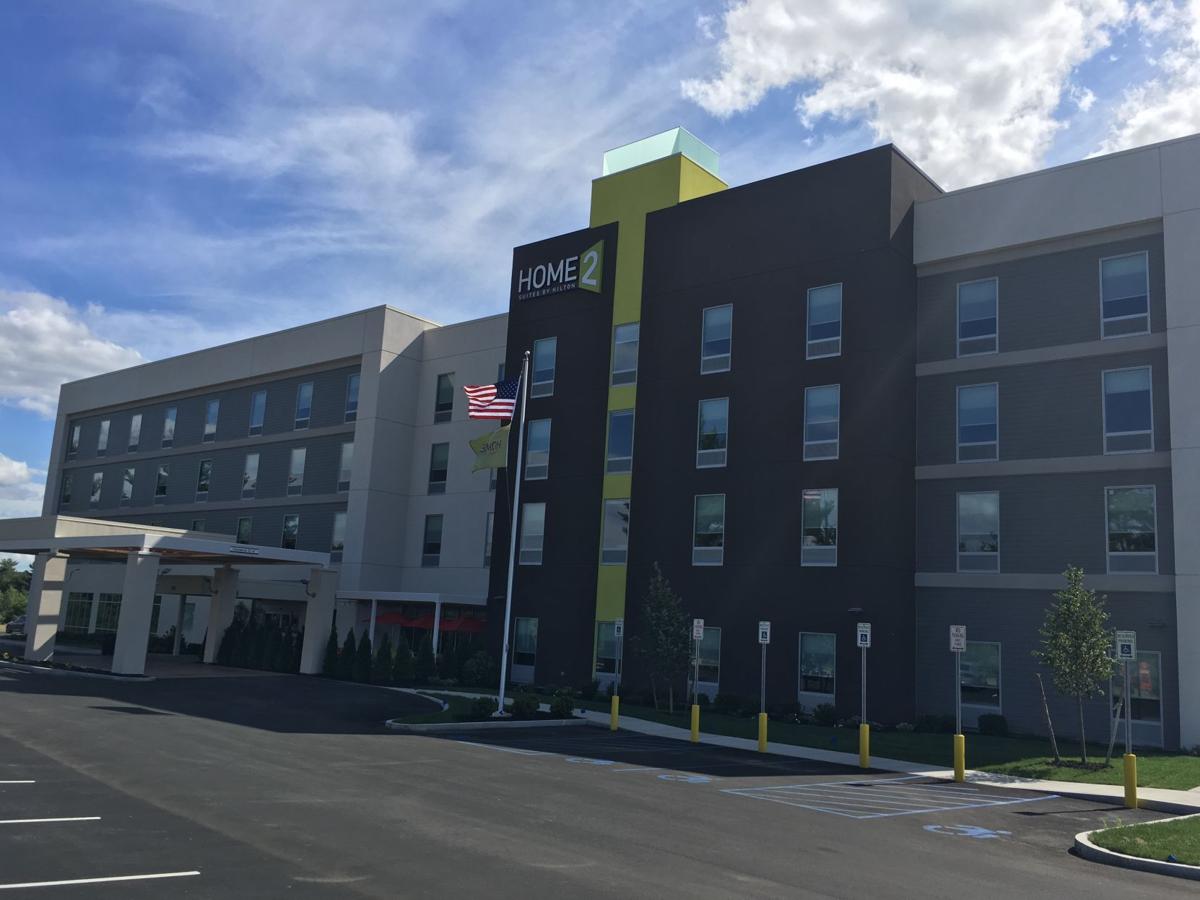 The Hilton Home2 Suites at Exit 19 in Queensbury is seen in this file photo from the hotel's opening in July 2018. A report from a consulting firm found that the occupancy rate for the last 12 months for hotels in Warren County was 53.1%. There is a nearly a 50-point swing between the peak of August to the low in January. 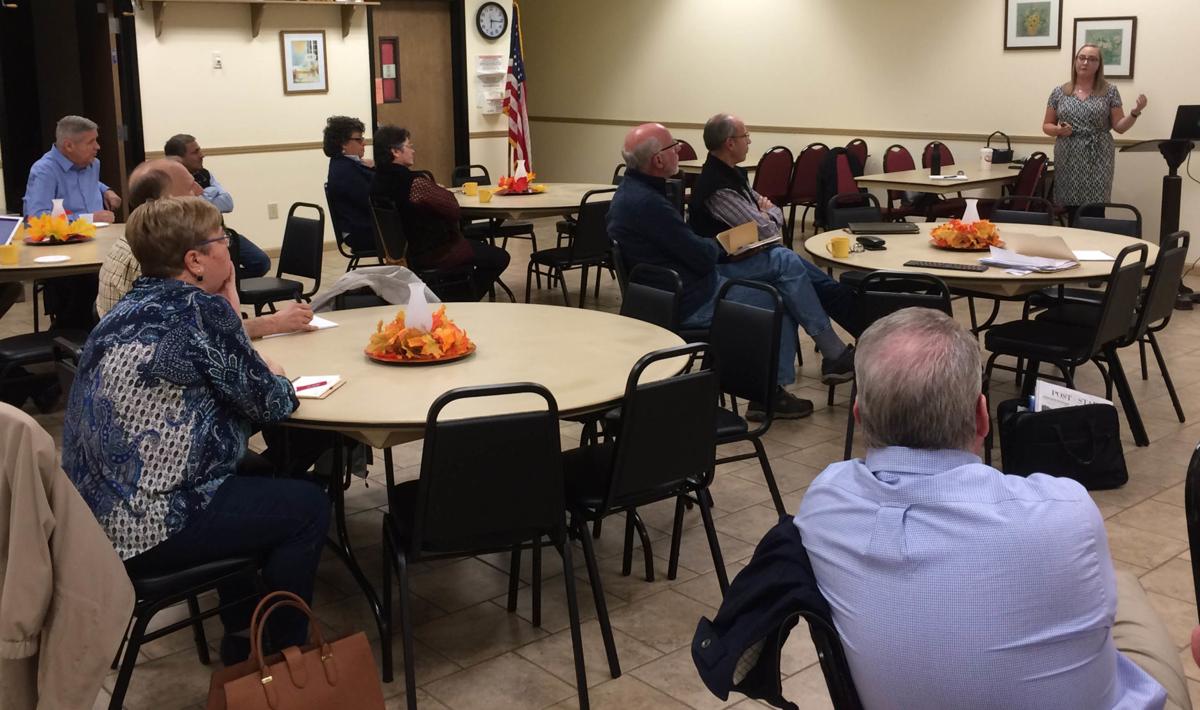 Hannah Smith, senior consultant for STR, said that total hotel occupancy in the last 12 months from September through August 2019 was 53.1% — the strongest it has been since the Great Recession. The average daily rate for a room is $153 and the average revenue per room is $81 — also at peak levels.

Smith said Warren County sees a swing of about 50 percentage points from the busy months to the slow months — with a peak occupancy rate of 80.3% in August and a low of 30.2% in January.

A typical market in the country would see a 20-point swing, according to Smith.

Smith added that if the Warren County hotel rooms that are closed down in the off-season were factored into the data, it would be a 16% occupancy rate for the whole market.

“That is where there is potentially room for growth,” she said Thursday during a presentation at Lake Luzerne Town Hall. About 25 county officials and business representatives attended.

Warren County contracted with the Tennessee-based STR to prepare the report.

This does not include the recently opened Fairfield by Marriott Inn and Suites off Exit 18 in Queensbury.

The report used data from 29 hotels, which captures about 42% of the market, according to Smith. She said a lot of the smaller, independent hotels do not participate in the survey, so her firm uses modeling to extrapolate the data.

As was not a surprise to many, Warren County is a very seasonal hotel market.

“About half of the market closes in the winter,” she said.

During the off-season, Warren County has 3,701 rooms available. Other places that have that wide of a swing include Cape Cod.

Smith said only four hotels in Warren County have opened since the last economic downturn.

That has worked to the county’s favor since there are not many more hotels going after smaller slices of the pie, as has been the case in other markets across the country that had a hotel-building boom.

As a result, Warren County had the highest growth in average daily rate — increasing 2.7% to $153 — when compared with Saratoga County, Essex County, the Finger Lakes, Albany County, Cape Cod and Dauphin County, Pennsylvania, which is home to Harrisburg.

Warren County also had the highest per-room revenue growth rate, increasing by 3.7%, to $81.

The hotels that have seen the most growth in revenue per room are the midscale and upper midscale, according to Smith. These hotels are already charging premium rates — about $30 higher than what they would see in the hotels for classes across the United States.

However, Smith noted that these levels of revenue growth are not keeping up with inflation and rising expenses such as increases in minimum wage are also taking a bite out of profits.

Smith said she is forecasting that the Warren County hotel occupancy rate may dip slightly to 52.1% in 2020, but rebound to about 52.8% in 2021. The forecast does not factor in any economic downturn that may come.

Frank Dittrich, who is part of a group that runs the Courtyard Marriott in Lake George and Inn at Erlowest, said because new branded hotel properties typically charge higher rates, other smaller hotels can follow suit.

Dittrich said that county officials could try to figure out occupancy rates for the hotels that do not report to STR by using occupancy tax receipts and working backwards.

Vacation room rental websites such as Airbnb are also a factor in this discussion.

Warren County Tourism Director Joanne Conley said that there has been an increasing demand for vacation rental units. She said that it has increased from 42,000 units in 2017 to 69,000 in 2018 and 61,000 this year through August.

Conley explained that a unit is a group of travelers such as a family, which opts to stay at a house instead of renting three hotel rooms.

Sam Luciano, general manager of the Fort William Henry Hotel and Conference Center, noted that other counties have convention centers and other special events.

“Without the demand generators and the events, we don’t have the opportunities that the other regions have,” he said.

The Lake George Regional Chamber of Commerce is adding a part-time sales position to try to attract these events, according to Conley.

A committee has been exploring the idea of purchasing the Forum for use as a concert hall or conference center. Discussions are in the preliminary stages.

Conley was optimistic that the region could boost year round business.

“If we can bring in some of those events in those little bits of shoulder season, there’s no reason why we can’t get to 35%. We’re not going to jump to 50%,” she said.

The State of the Warren County Tourism Industry

Hannah Smith, senior consultant with STR, prepared a report about how local hotels are doing and compare with other tourist areas. Here are some highlights from the report, which covers the 12 months ending Aug. 31, 2019:

The State of the Warren County Tourism Industry

Hannah Smith, senior consultant with STR, prepared a report about how Warren County hotels are doing and compare to other tourist areas.

Report: Tourist spending up in Adirondacks

LAKE PLACID — Tourists spent nearly $1.5 billion in the Adirondack region last year, up slightly from $1.4 billion the year prior, a recent re…

LAKE GEORGE — Businesses reported a strong tourism season boosted by a good weather and aggressive promotion of the region.

They are adjacent to each other, but how leaders in Warren and Washington counties handle tourism promotion could not be more different.

Comfort Suites hotel near outlets in Queensbury to close Monday

QUEENSBURY — The Comfort Suites on Route 9 in Queensbury will close on Monday.

The Hilton Home2 Suites at Exit 19 in Queensbury is seen in this file photo from the hotel's opening in July 2018. A report from a consulting firm found that the occupancy rate for the last 12 months for hotels in Warren County was 53.1%. There is a nearly a 50-point swing between the peak of August to the low in January.