You have run out of free articles. You can support our newsroom by joining at our lowest rate!
Already a subscriber?
Log in or Activate your account.
Loading&hellp
No thanks, return to homepage.
{{featured_button_text}}
1 of 8 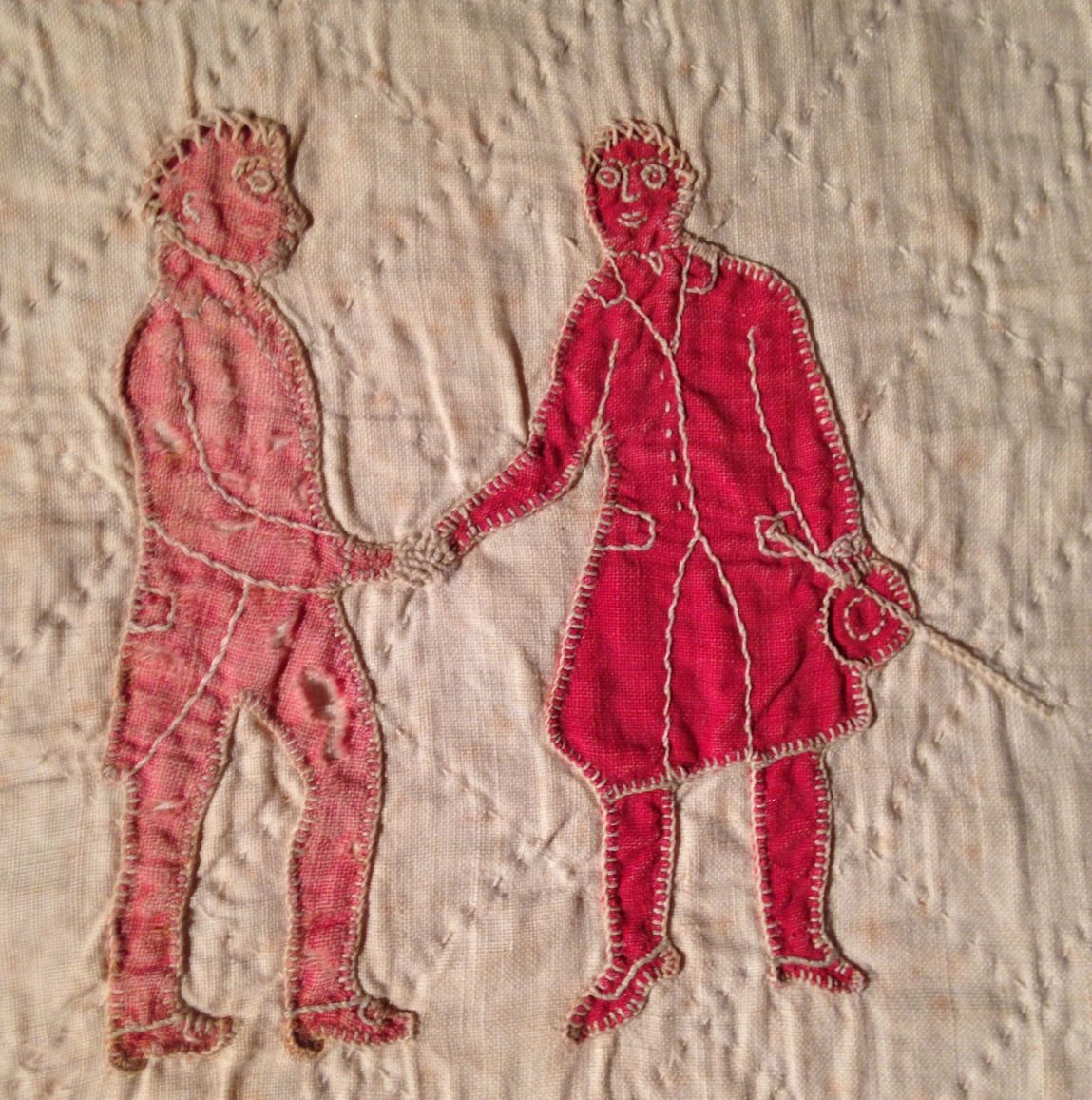 Two figures are seen etched into a quilt that was made in 1845 and has been around the world since then. 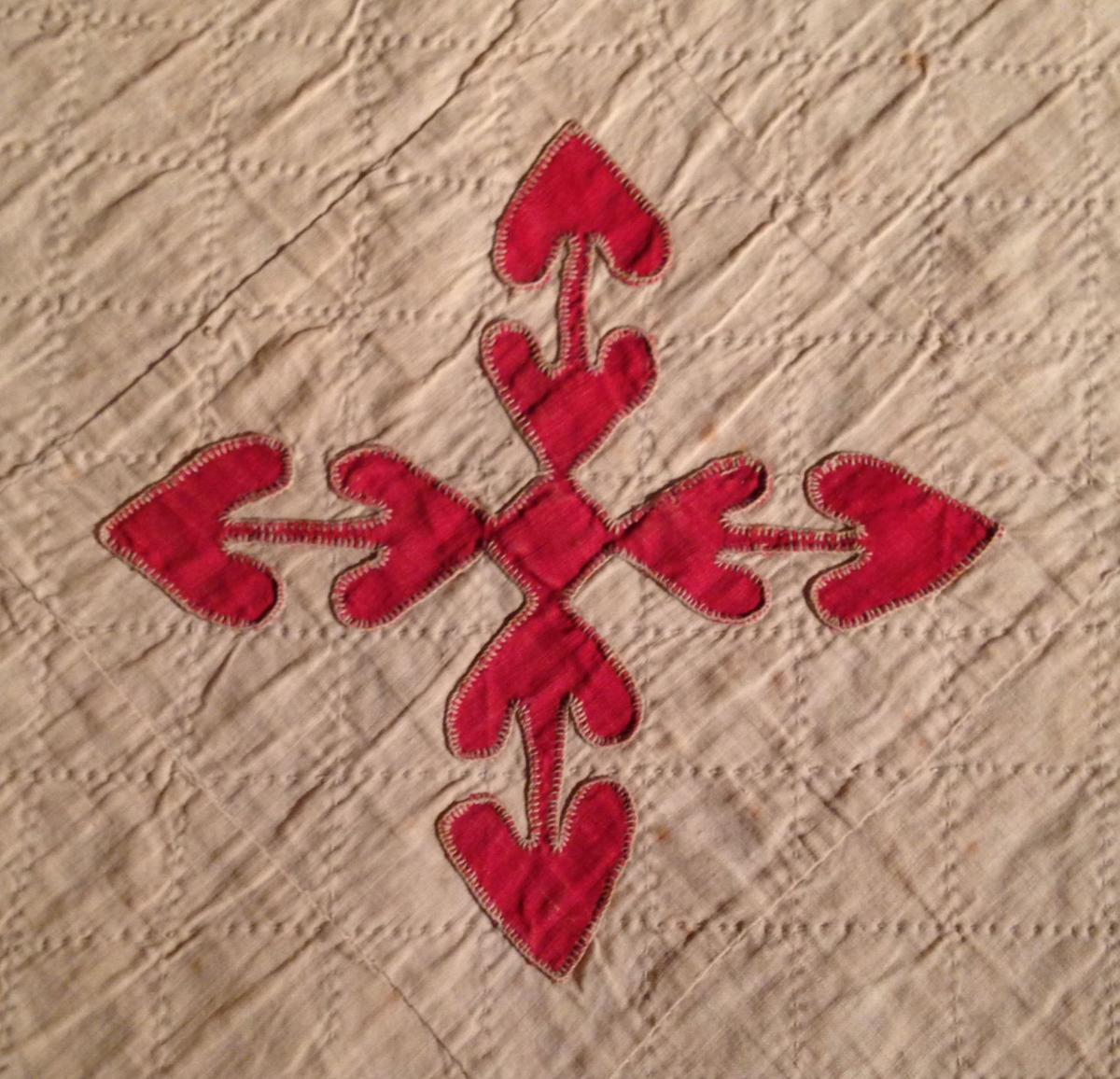 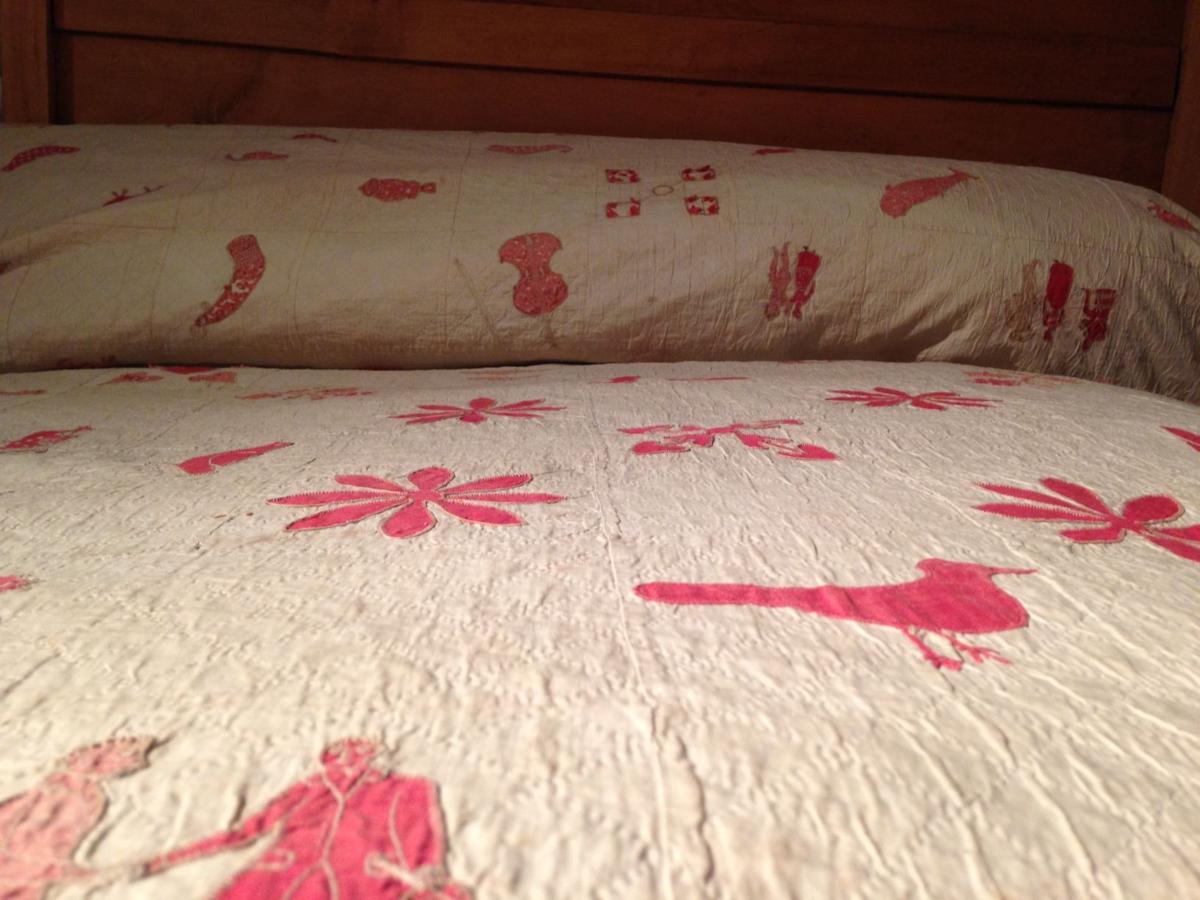 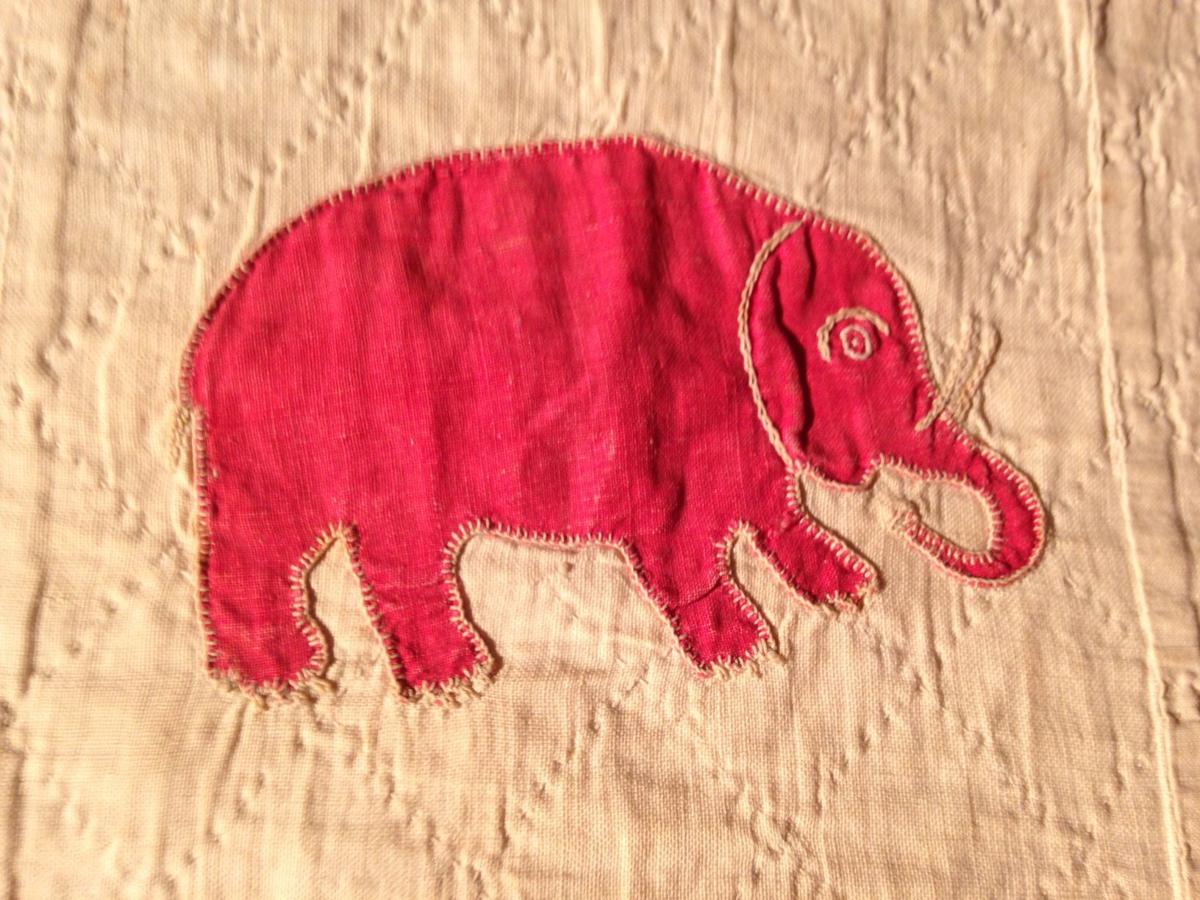 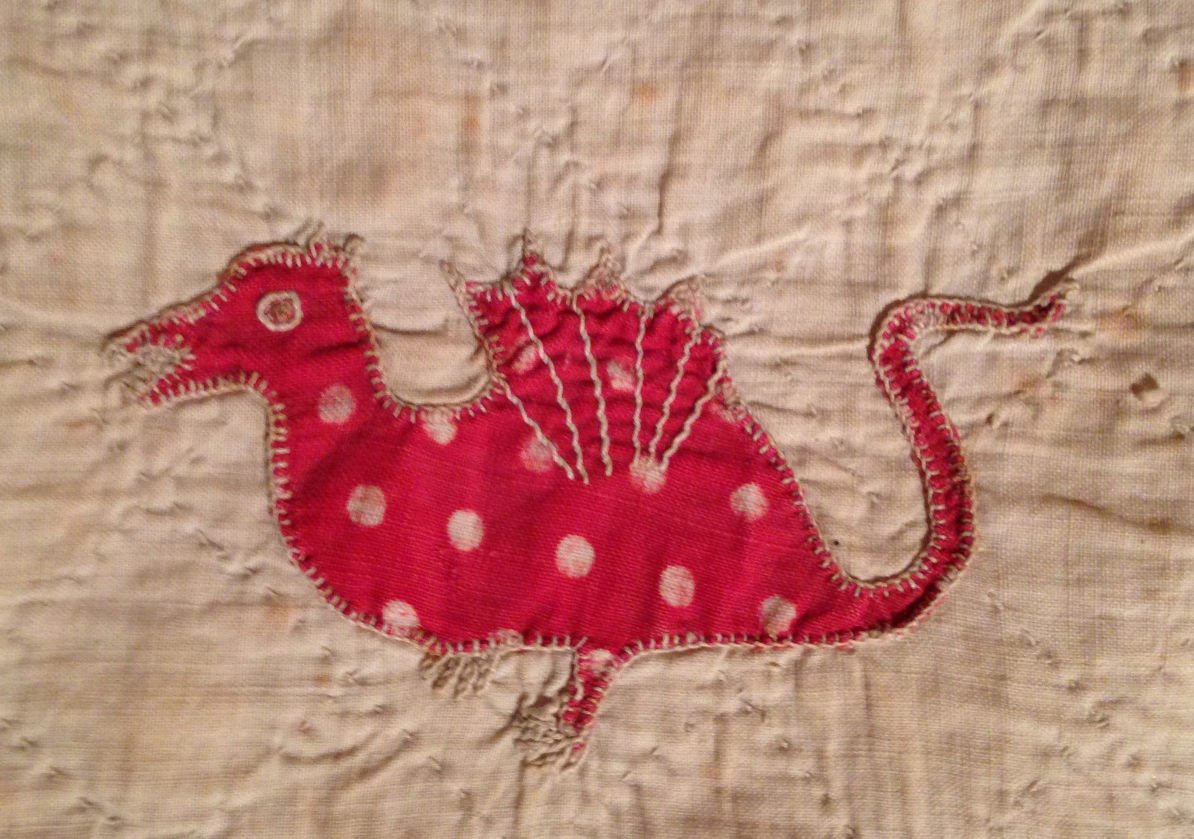 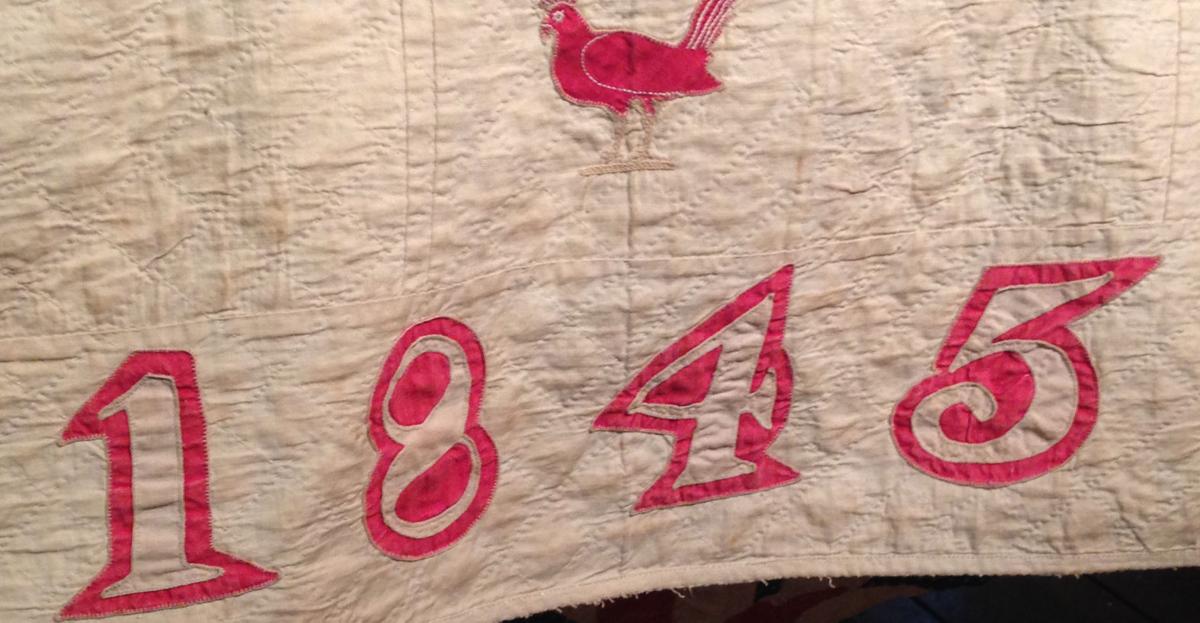 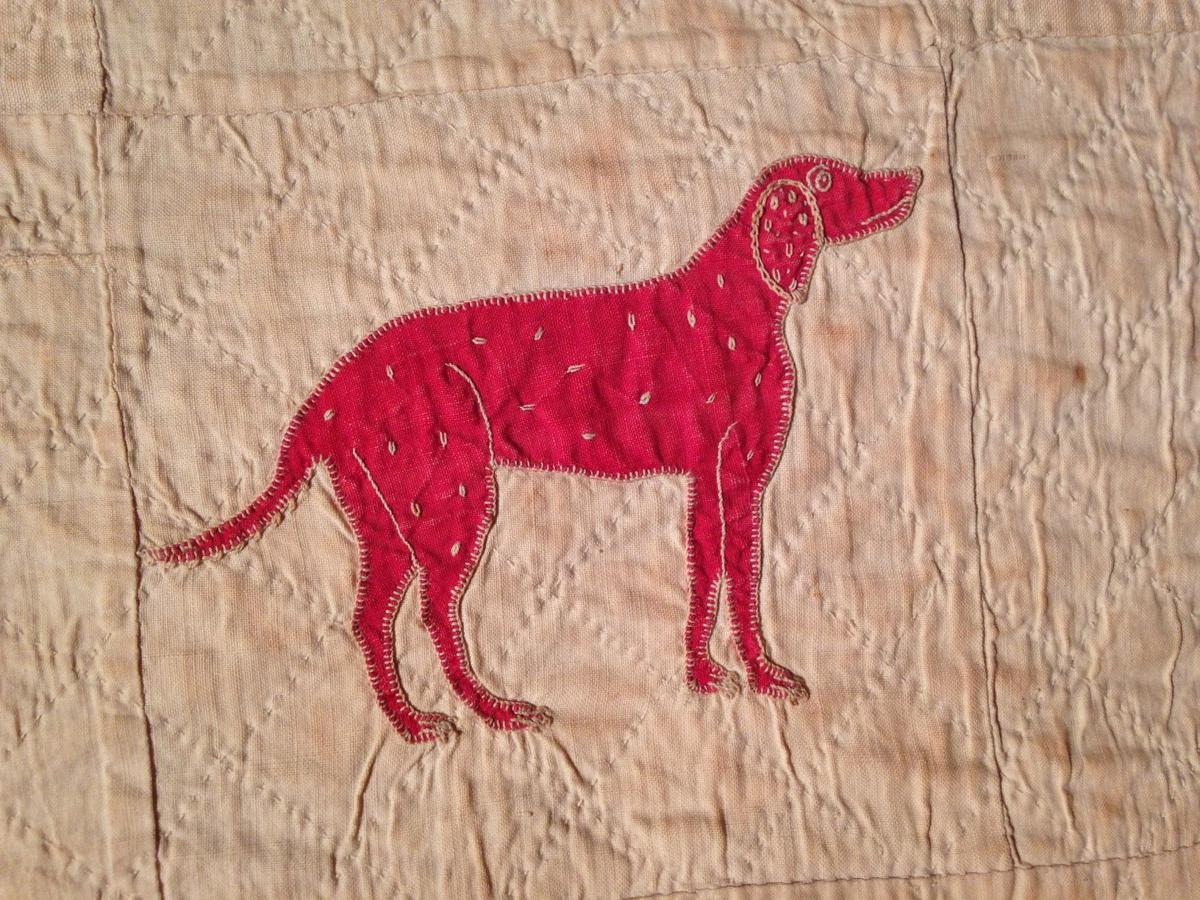 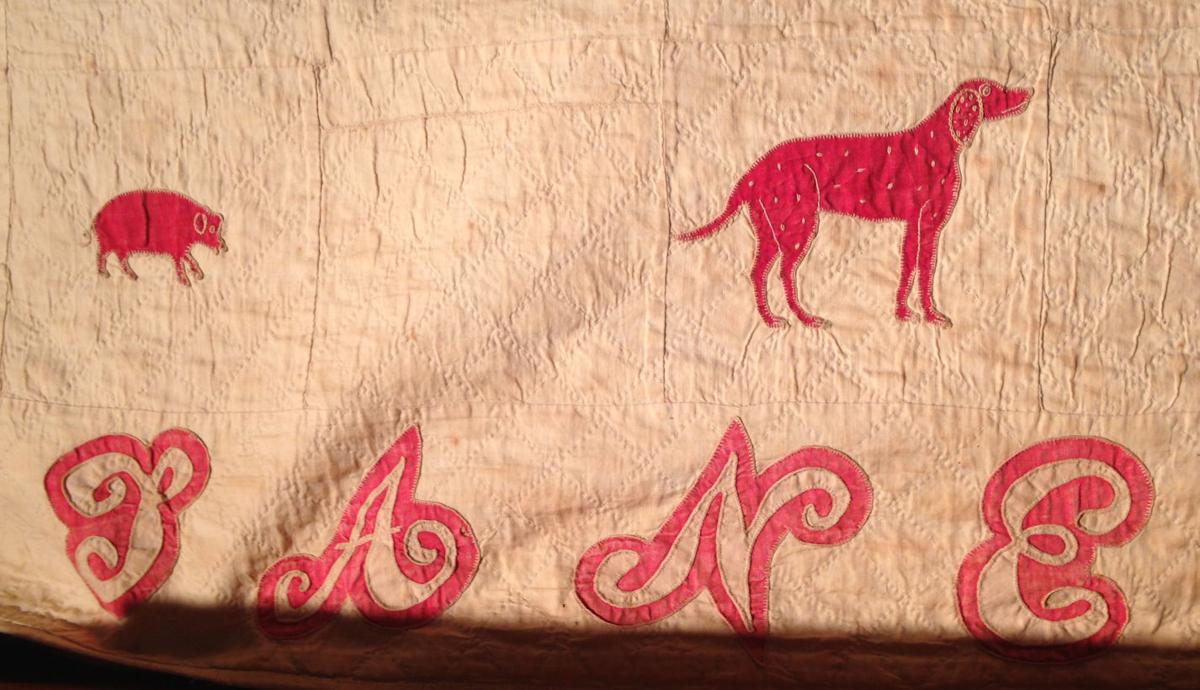 LAKE LUZERNE  When Frances Garnar Kinnear died in 1982, her home and much of its contents were donated to Hadley-Lake Luzerne Historical Society.

A walk through Frances G. Kinnear Museum of Local History on Main Street reveals a snapshot of life in the lower Adirondacks and insight into the family that owned it since the late 1800s — century-old furniture, an icebox, a butler’s pantry full of kitchen utensils used long before electricity was found in rural homes.

But few things cover as much family history as the quilt draped over a bed upstairs.

“Look what fine work this is,” said Linda Miller, an Albany quilt enthusiast and self-taught expert in historical quilting.

Three women surrounded the bed, poring over the bedding. They examined each stitch, analyzed the dyes used and marveled over the craftsmanship.

“I have a great many quilts that are vintage and I only have one with this level of detail,” Grana said. “The fact it survived this long is incredible.”

Incredible, too, is the story of how the quilt made a journey around the world and ended up in Lake Luzerne.

“Fran loved the story,” said Bea Evens, former historian of Lake Luzerne and 40-year friend of Kinnear. “She loved to tell about how her grandmother made it.”

Kinnear’s grandmother, Jane Greenaway, finished the quilt Jan. 15, 1845, when she was 13 years old in Armagh, Ireland.

Not long afterward, young Jane boarded a ship to Australia to visit friends, bringing with her the white quilt, adorned with red and blue applique and a hand-crocheted lace trim.

In Australia, the girl met and married Edward M. Garnar, an American on a mining expedition, said David Cranston, past president of the Historical Society.

In 1867, the Garnars boarded a ship from Sydney to England with their three young children for a 93-day journey described as “misery.” In 1869, the family traveled to the United States, where they settled and became a prominent family in Lake Luzerne.

All the while, Jane Greenaway Garnar held on to her quilt.

After her grandmother was gone, Kinnear cherished the family heirloom.

“She was so proud of that quilt,” recalled Evens.

Evens and Kinnear met when both young women volunteered for the Red Cross during World War II.

“It was so precious to her,” Evens said. “I wish Fran had talked more about the person, but her grandmother died just four years after she was born.”

“Sometimes, the only way to get to know the women of the household is through their work,” Grana said. “These are typically the only thing women leave behind; these are their written history.”

Grana and Miller bent over the work, marveling at the detail of the exotic animals it depicts — camels, snakes, birds, elephants, a griffin-like creature — as well as Celtic symbols, flowers and extensive lettering.

“This was a popular thing to do, the applique, in the British Isles,” Miller said.

“These motifs are wonderful,” she said. “If she did all these designs herself, she was very artistic.”

The significance of the quilt’s artistry and historical value isn’t lost on the Historical Society’s officials, who are working to secure funding to have the quilt restored and preserved — a price tag that might go as high as $5,000 to $7,500, said Howard Schaffer, vice president of Hadley-Lake Luzerne Historical Society, which runs the Kinnear Museum.

“Given its age and the damage to the appliques, we would likely rinse it and try to pull the brown out of it,” said Sarah Stevens, an Albany area-based textile conservator from Zephyr Preservation Studio.

A drying cloth would then be placed over the quilt to wick up moisture and take with it some brown staining Stevens described as natural degradation of the fabric.

Restoration would also help stabilize areas of the quilt that are starting to deteriorate.

“I can’t believe how it has lasted,” Evens said.

“It’s remarkable,” said Grana, the quilt aficionado. “Truly, I’ve never seen anything laid out like this before.”

Rhonda Triller is features editor at

She can be reached via email at rtriller@poststar.com. Read her blog, The Arts Life, at poststar.com/blogs/the_arts_life.

Two figures are seen etched into a quilt that was made in 1845 and has been around the world since then.